Today, Henry Ford is remembered as a US industrialist, the developer of the assembly line, and most importantly, the man who gave the average American a chance to own a car. The famous “people’s man,” however, led an extremely controversial life and held rather dubious opinions. Below, we have listed 10 of the most curious episodes from Ford’s life. 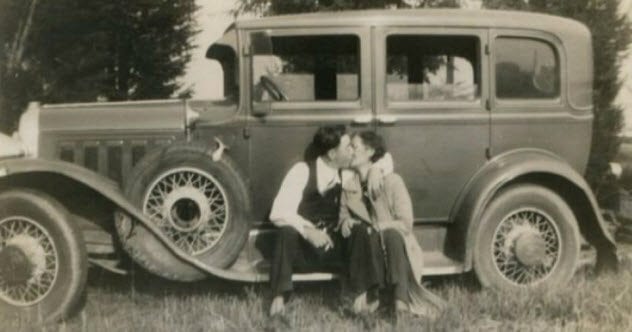 In 1934, Clyde Barrow wrote Henry Ford a letter in which Barrow praised the Ford V8 as a getaway car. The infamous letter was dated April 10, 1934, and read:

While I still got breath in my lungs, I will tell you what a dandy car you make. I have drove Fords exclusively when I could get away with one. For sustained speed and freedom from trouble, the Ford has got ever other car skinned and even if my business hasen’t been strickly legal, it don’t hurt anything to tell you what a fine car you got in the V8..

Of course, the authenticity of the letter has always been in dispute. Some suggest that it was actually written by Bonnie Parker because the handwriting is closer to hers.

However, after reviewing the content and circumstances of the letter’s mailing, Clyde Barrow biographer Jeff Guinn concluded that it is very likely that Barrow himself wrote and mailed the letter. 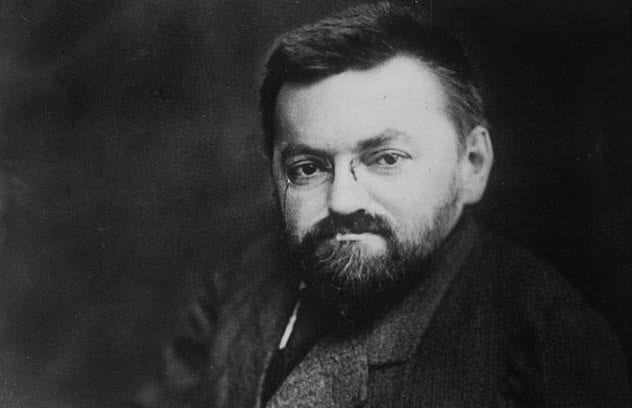 Ford greatly disliked experts and refused to employ them. In his 1924 book, My Life and Work, he said, “I never employ an expert in full bloom. If I ever wanted to kill opposition by unfair means, I would endow the opposition with experts.”

As a consequence, Ford Motor Company did not have any employees with advanced engineering or design engineering skills. In fact, it did not even have a proving ground and instead opted to test cars on public highways.

This lack of experts on-site often proved financially disastrous. One time, for example, when Ford’s electrical engineers couldn’t solve a problem with a massive generator, they employed the electrical engineer Charles Proteus Steinmetz to help them. On-site, Steinmetz rejected all help and solved the problem in two days with the aid of a notebook, a pencil, and a cot.

On the second night, Steinmetz climbed on top of the generator and made a chalk mark on its side. Then he told Ford’s engineers to remove a plate at the mark and replace 16 windings from the field coil. Once that was done, the generator performed perfectly—to the delight of Ford.

But his delight only lasted until a bill for $10,000 came. Flabbergasted, Ford requested the bill to be itemized. Steinmetz responded to Ford’s request with the following: 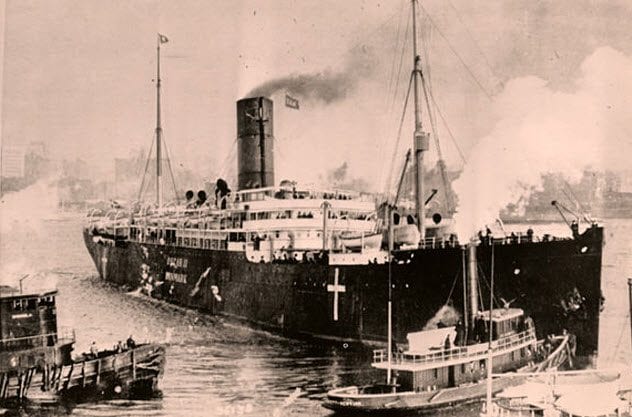 In 1915, Henry Ford set sail for Europe on his “Peace Ship,” a chartered ocean liner adorned with a large white cross on its hull. According to the Chicago Daily Tribune, Ford was accompanied by 63 pacifists, 54 reporters, and “four Chicago babies.”

Their mission was simple: to end the carnage of World War I by convincing soldiers on both sides to go on a general strike. Although the idea of soldier strikes caught on eventually, it was first met with derision and anger. The London Standard ran an article on Ford’s expedition headlined as “Pro-German Peace Cruise” whereas the Brooklyn Eagle headlined it as “Junketing in the Name of Peace.”

When the Peace Ship landed in Copenhagen, only eight college students turned up to greet the delegates. Disheartened by the lack of success in his peace project, Ford spent the majority of his time in his stateroom.

On Christmas Eve, he claimed illness and skipped the pacifists’ train to Stockholm. Instead, he set sail for home on a Norwegian liner. Others pacifists soon followed in his steps.

7 Ford’s Trial With A Six-Cent Verdict 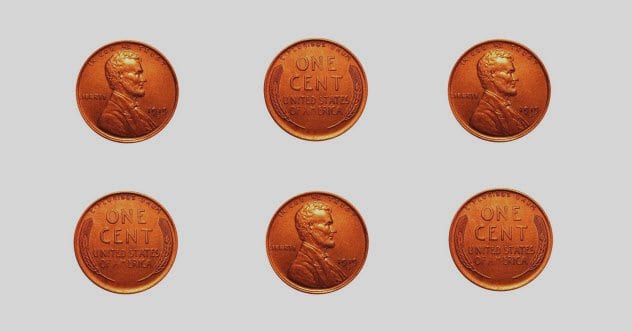 After Ford opposed President Woodrow Wilson’s plan to send troops to help defeat revolutionaries along the Mexican border, the Chicago Tribune called Ford an “ignorant idealist . . . and an anarchist enemy of the nation.” In return, Ford sued the newspaper for defamation and $1 million in damages.

In summer 1919, the lawsuit went to trial and lasted 14 weeks. It generated two million words of testimony as the Tribune sought to demonstrate to the world that Ford was indeed an ignorant idealist.

After the trial, the media was not very kind to the “people’s tycoon” who had failed to answer high school–level questions. “Mr. Ford has been submitted to severe examination of his intellectual qualities. He has not received a pass,” declared The New York Times. The New York Post called Ford “a joke.”

The jury found in favor of Ford. However, they only awarded him six cents in damages, which the Tribune never paid. 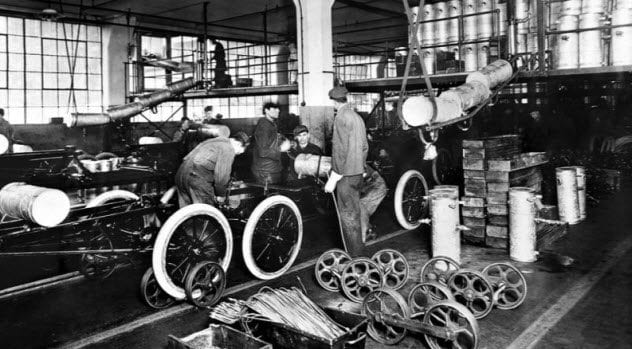 To ensure that his workers were model Americans, Ford set up a division within his company called the Ford Sociological Department. A team of “investigators” were tasked with probing every aspect of the lives of Ford employees, including their children’s health and marital relationships.

Patriotism and assimilation were not just encouraged, they were forced upon the employees. Ford set up a “Ford English School” that was so rigorous and thorough that a diploma from it could be counted toward a requirement for citizenship.

If you failed to live up to Ford’s standards, you were first blacklisted and then had your pay cut to $2.34 a day. Of course, if all these warnings failed to put you back in line, you were eventually fired.

5 The Dearborn Independent And The Jewish Conspiracy 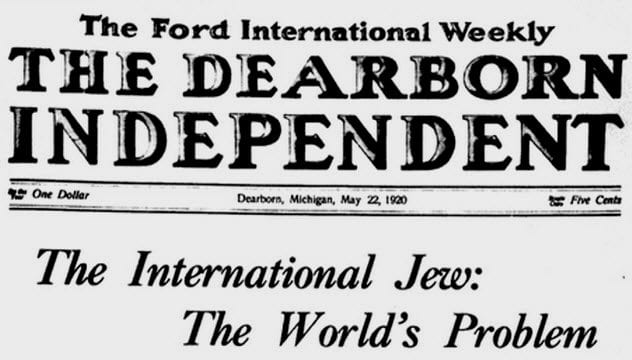 At the end of 1918, Ford purchased a newspaper called The Dearborn Independent. In 1920, the newspaper published an article titled “The International Jew: The World’s Problem.” Articles that followed blamed Jews for the decline in US culture, values, products, and entertainment. The articles also accused Jews of being the instigators of World War I.

Many of the articles were collected and published in a book called The International Jew: The World’s Foremost Problem. It became a best seller in Nazi Germany, and Adolf Hitler praised Ford in Mein Kampf.

In 1927, Ford was sued for defamation by Jewish lawyer Aaron Sapiro. Ford refused to take responsibility for the articles published in The Dearborn Independent and allegedly faked a car accident to avoid testifying.

The suit ended in a mistrial, and Ford agreed to settle privately with Sapiro. A public apology was published in his newspaper, and The Dearborn Independent was closed down at the end of the year.

4 Ford, Edison, And Their Friends Went Road-Tripping In Model Ts 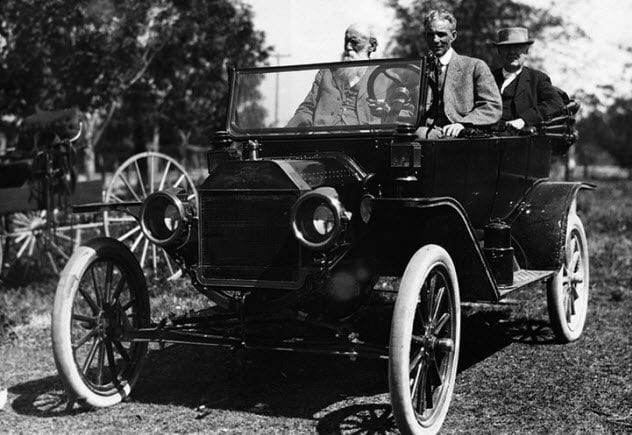 Edison usually chose the route. Driving in the front car, he navigated the roads (dotted with hand-drawn signs that warned to “DRIVE SLOW–DANGEROUS AS THE DEVIL”) with a compass and a couple of atlases.

Ford took on the role of a mechanic and organized tree-climbing and wood-chopping contests. Firestone was in charge of meals and impromptu poetry recitations. Burroughs led botanical hikes and taught the others how to identify wild plants and birdsong.

But the trips were not as rough or as wild as they sound. Sometimes, as many as 50 Ford vehicles tagged along with supplies, an official film crew, and personal attendants. The men also had a gourmet kitchen staff who wore bow ties. Each man had a 1-square-meter (10 ft2) canvas tent outfitted with a cot and a mattress. 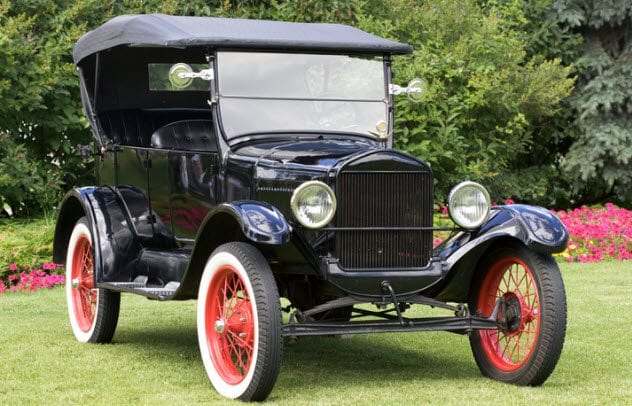 Model Ts were made as cheaply as possible to make them accessible to almost everyone. However, this meant that the cars were poorly designed and often needed maintenance and repairs.

When police departments were becoming motorized, most of them chose Model Ts as a new means of transportation. However, the Model Ts were soon replaced with more reliable cars as police departments realized that the amount of money spent on repairs cost them more than the price of a car.

Henry Ford had only one rule concerning improvements to the Model T. If it cost more money or took more time, he could not be bothered with it. 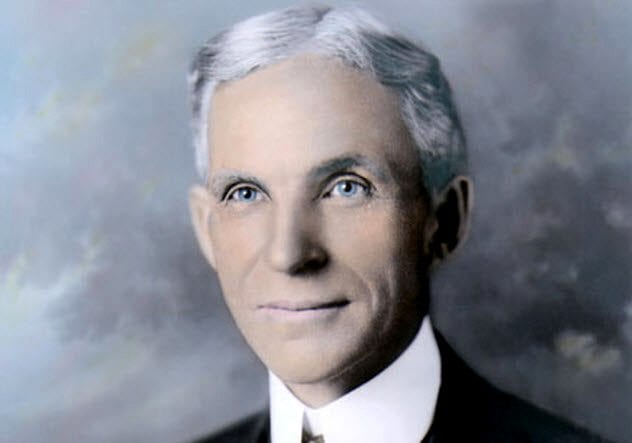 In 1916, Ford won the Republican presidential primary in Michigan without even campaigning. Many Americans wished to see Ford in the White House. In preparation for the 1924 election, his supporters established Ford-for-President clubs all over the nation.

Upon hearing that Ford was considering running for US president, Hitler told the Chicago Tribune, “I wish that I could send some of my shock troops to Chicago and other big American cities to help in the elections.”

For his part, Ford was not interested in running. “I don’t think any man should run for president,” he said in 1916, and no one could persuade him otherwise. 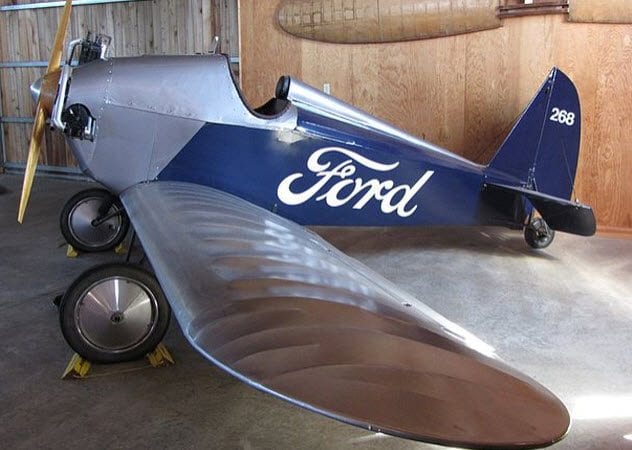 Ford’s success in making a car available to every US citizen led him to believe that he could do the same with planes. Thus, Ford hired the engineer Otto Koppen and charged him with designing a small, light plane.

The design was finished in 1926 and was called “Ford Flivver.” The plane’s flaps were arranged in such a way as to give it maximum upward lift in small spaces, and a rear wheel meant that it could be driven from your home to a makeshift runway.

The plane was a success.

In 1928, the pilot Harry J. Brooks attempted to fly Flivver from Michigan to Miami on a single tank of gas. However, as Brooks was cruising over the ocean, the Flivver’s engine locked up, smashing the plane and the pilot into the water. Brooks’s body was never found.

The accident put an end to the project. But in 1940, Ford announced, “Mark my words: A combination airplane and motorcar is coming. You may smile, but it will come.”