We all know that bananas are good for you, but for the most part, that is all we know about this popular fruit. In fact, there is a wealth of fascinating information about the banana, from when it was first grown to what the future holds for it. Simply put, there’s more to bananas than meets the eye.

These tasty mutants come in a variety of colors, carry religious symbolism, and can even clean your water. They also just might help you out in bed. These are ten of the most obscure facts about bananas.

10 They Are Important To Hindus 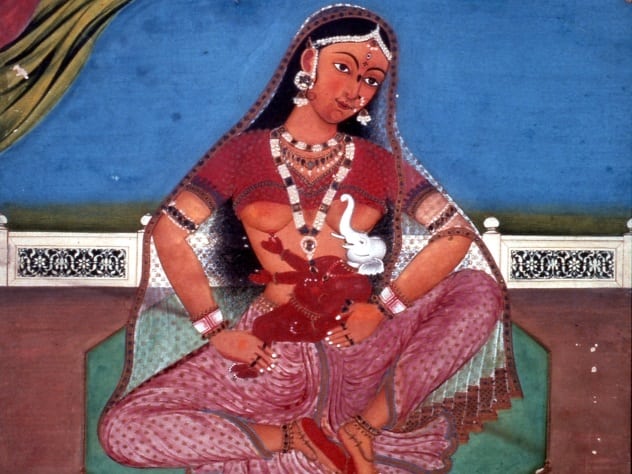 We all enjoy a banana as a snack, but for committed Hindus, it can have much greater significance than that. The banana takes on a central role in much of Hindu belief, such as the pontianak (called the churel in India, Pakistan, and Bangladesh), female spirits which are believed to live within banana trees, among other plants. (Note that despite the phrase “banana tree,” the banana plant is not actually a tree.) The tale of these ghosts derives from Malay mythology and describes pontianak as women who died during pregnancy and who have returned from the dead to subject children and expectant mothers to particularly gory deaths, even ripping an unborn child straight from its mother’s womb.

This is a story gruesome enough to frighten anyone, but bananas also play a more positive role in the Hindu belief system, as the banana tree, or kadali, is seen as a symbolic representation of the Hindu goddesses Parvati and Lakshmi.[1] The tree stands for eternal knowledge, known as Tatva Jnana, and the banana leaves that grow from it are symbols of calm. 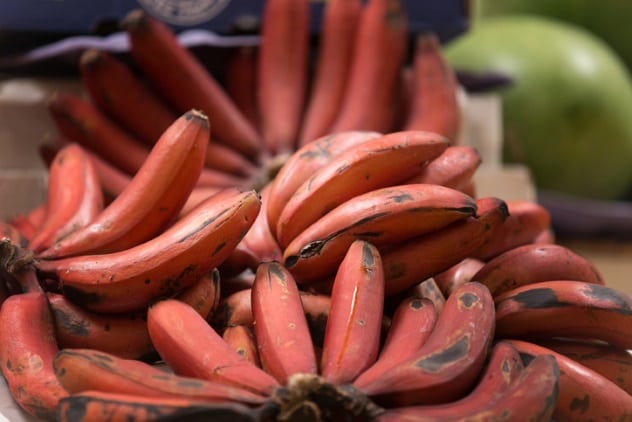 There are many different kinds of bananas, and while they all have roughly the same shape, they are not all yellow in color. There are estimated to be approximately 1,000 different kinds of bananas in the world, and these are split into 50 different groupings. The yellow one that we all know and love is a Cavendish type, but there are plenty of other kinds that are far less well-known to shoppers living in the US.

One example of this is the red banana, which has a dark red skin and is grown in Ecuador and Colombia. Another banana type with an unusual coloring is the Blue Java, which hails from Hawaii and is a distinctive blue hue before ripening.[2] This type of banana is known for its extreme tolerance to cold weather and has been given the nickname “ice cream banana” because the ripe fruit tastes a lot like vanilla ice cream. 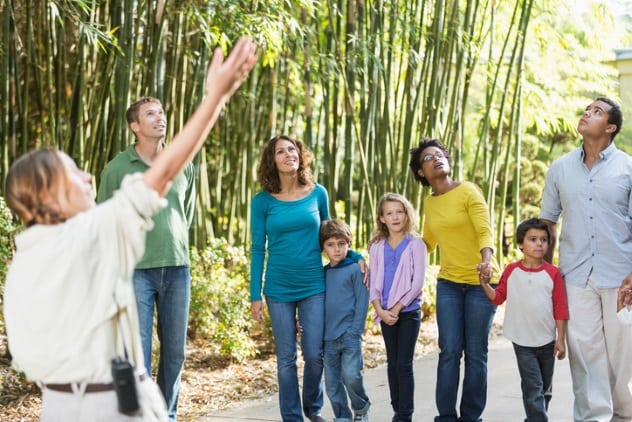 During the maturation phase, a banana plant stops producing leaves and starts forming an inflorescence, which is a complicated cluster of flowers on a single stem, also referred to as a thyrse by botanists. We commonly describe this inflorescence as being the “heart” of a banana, and the stem that it grows on develops inside a pseudostem until the heart is mature and bursts from the top.

Most banana plants develop just the one heart, but there was a unique case in the Philippines in 2008 where a plant produced an astonishing five. The exact location of this was Barangay Miranda, and all five of the inflorescences—or hearts—found on the plant were male. For a banana plant to do this is such a rare occurrence that local people viewed it as a symbol of good luck, and the plant became a magnet for tourists.[3]

7 Lack Of Sex Is Killing Them 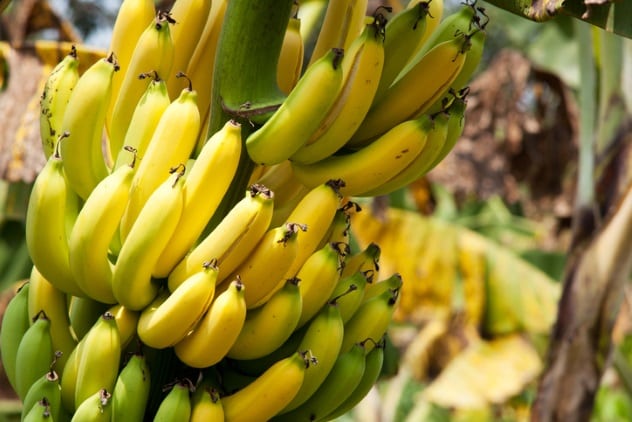 The banana is blessed with a decidedly phallic shape, but that doesn’t translate into a healthy sex life. The vast majority of the bananas that we can buy in our shops are part of the subgroup called Cavendish, and another thing that unites all of these bananas is that they are sterile. A wild banana is actually a massive herb found in jungle areas whose fruit contains large numbers of very hard seeds and is impossible to eat for that reason. The version that we are familiar with is a mutation of this wild banana in which the seeds fail to fully develop—which makes them ideal to eat but also means they can’t reproduce normally.[4]

In the past, farmers kept bananas from dying out by replanting cuttings to clone them, but their inability to reproduce normally has left them vulnerable to diseases and pests that plants can usually fight off through the genetic mutations that sexual reproduction creates. There is a historic example of a variety of banana being decimated in this way, as the most popular type in the West up until the 1960s was the Gros Michel—until it was almost entirely wiped out by Panama disease. Now the continued availability in our shops of the Cavendish strain is similarly threatened by the Black Sigatoka fungal disease, which attacks the plants through the leaves. 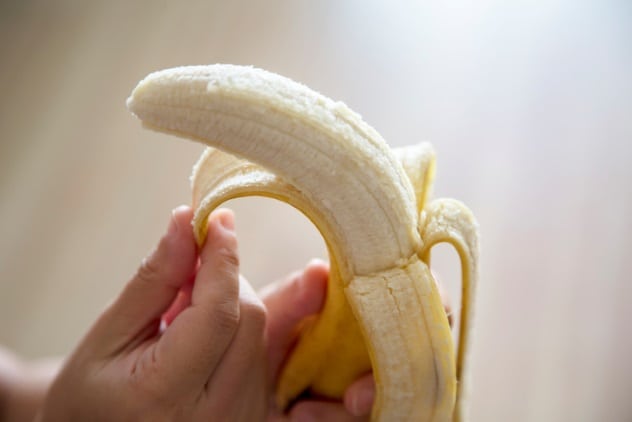 As if the whole sterility thing wasn’t enough for the poor banana to have to cope with, they are also radioactive. Before we panic, though, it should be noted that radioactive energy surrounds all of us all of the time, with the average person in the US being exposed to approximately 360 millirems every year—which adds up to 36 X-rays. The vast majority, around 200 millirems, is absorbed via the odorless and colorless radon gas that is all around us as a result of uranium and radium breaking down.

Another source of radiation is food because living things need potassium to be able to survive, and one in every 8,550 potassium atoms is a radioactive potassium-40 isotope. This means that everything we eat is exposing us to some degree of radioactivity, but bananas are especially high in this because they contain greater amounts of potassium than most other foods. It is nothing to worry about, as you would need to eat 20 million of them—around 700 per day over a lifespan of 80 years—to achieve the sort of dosage that can cause life-threatening radiation poisoning.[5] Frankly, if you try to eat 700 bananas every day, it is not likely to be radiation that kills you.

5 They Go A Long Way Back 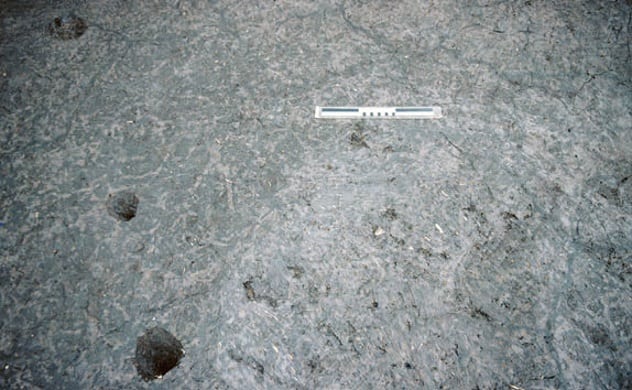 The cultivation of the banana plant appears to go back a very long way indeed, with evidence uncovered by researchers exploring Papua New Guinea’s Kuk Swamp dating it back to 5000 BC—and perhaps even further back to 8000 BC. This would represent the earliest known example of banana cultivation anywhere in the world. The researchers working at this site found a large number of pits with postholes, stakeholes, and other features associated with plant cultivation and harvesting. They concluded from this that these pits were used for growing a variety of different plants that were found within the area of study, one of which is the Musa banana plant.[6]

Musa ingens is known to be indigenous to many parts of Papua New Guinea’s highlands, including Minj Valley, Kamang, Mount Piora, and Aiyura, which would seem to further support the possibility of banana cultivation there dating back that far. This particular variety of banana plant is the single largest herb that we know of at over 18 meters (59 ft) in height.

4 Jules Verne Played A Key Role In Popularizing Them 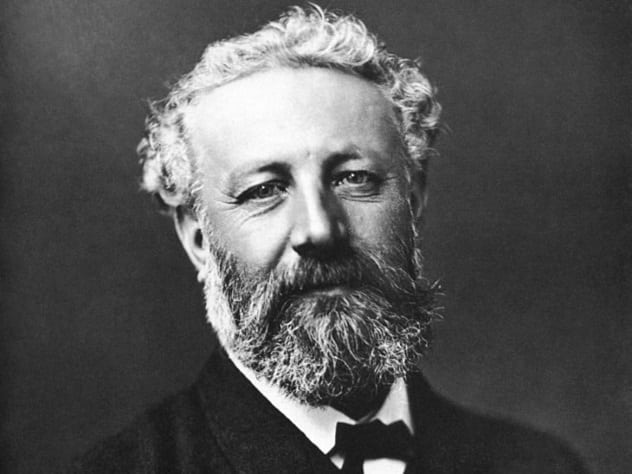 We know of Jules Verne as the author of classic adventure stories like Journey to the Center of the Earth and Twenty Thousand Leagues under the Sea, but fewer people know about the part he played in popularizing the banana. In his 1873 novel Around the World in Eighty Days, the French writer included enthusiastic descriptions of bananas that helped to spark interest in the fruit among Europeans and Americans for the first time.

One such example appears in chapter 12 of the novel, in which Verne describes Phileas Fogg and his companions finding bananas, “the fruit of which, as healthy as bread and as succulent as cream, was amply partaken of and appreciated.”[7] The novel was a huge success and has been credited with bringing this fruit to the attention of US readers, although it would be another decade before bananas became easily available to the public, thanks to the Boston Fruit Company transporting them to the US quickly and en masse by steamship. 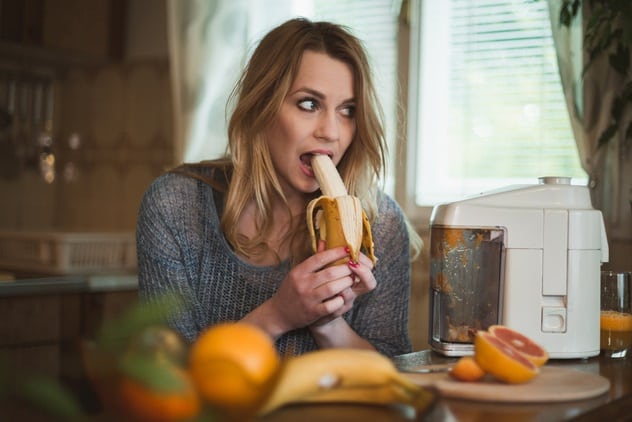 There is a widespread belief that bananas contain more potassium than virtually any other foodstuff, but, in fact, one medium-sized banana will give you just 422 miligrams of potassium when eaten raw. This does still put them pretty high up on the list of potassium-rich foods but also means that many other fruits and vegetables offer a higher dose of this vital nutrient—such as raw spinach, dehydrated apricots, dehydrated and stewed peaches, and raw cress.

The amount of potassium found in a banana will provide us with nine percent of the recommended adequate intake of 4,700 milligrams. Potassium has a range of health benefits that include supporting the functions of our nerves and muscles, getting nutrients to the cells in the body, and keeping our blood pressure at a normal level.[8] So with another 91 percent to make up, we should probably try to develop a taste for raw spinach.

2 They Can Be Used For More Than Just Food 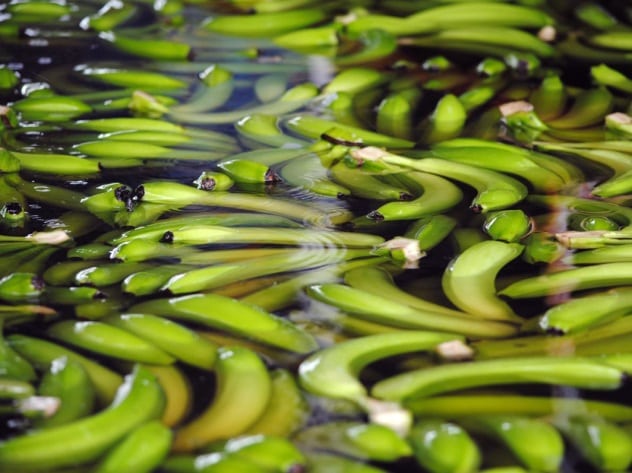 Bananas are not always used solely as food. One example of this can be seen in Latin America, where the leaves of the banana plant are often held upside down and turned into a makeshift coat or umbrella during rainy periods. In the Philippines, fiber from the banana plant pseudostem is sometimes turned into a fabric called agna through a process of weaving and is then used as material for everything from handkerchiefs to shirts. Two different parts of the banana plant, the bark and stem fibers, are utilized in the manufacture of banana paper, with the paper made from bark being primarily used for art purposes while stem fiber paper is manufactured on an industrial scale.

A more unusual alternative use for bananas is found in parts of Central America, where people often drink the sap from the red banana before a romantic night, in the belief that it contains aphrodisiac qualities. Finally, the peel of the banana is capable of acting as a water purifier, removing heavy metal contamination. This requires the peel to either be dried, ground up, and then added to the water or used to create water filters. Research undertaken at the Biosciences Institute in Botucatu, Brazil, showed that both methods led to the metals sticking to the peel.[9]

1 Avoid Them If You’re Allergic To Latex 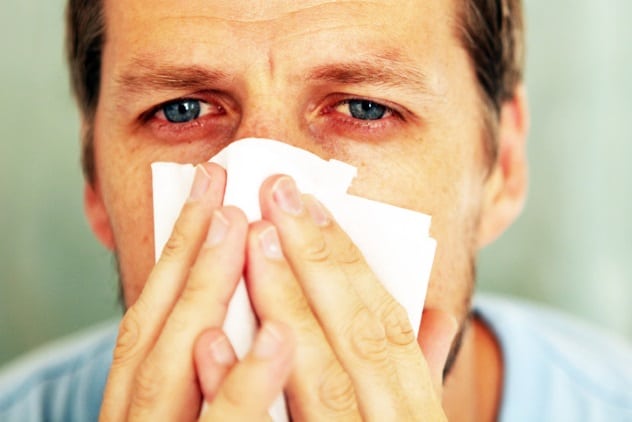 Those who have an allergy to latex are advised to stay away from bananas as well, as they can experience an adverse reaction to them. One study found that eight of 16 latex-allergic patients suffered ill effects after they ate bananas. When the participants in the same research study were tested with banana skin pricks, five out of 14 (36 percent) experienced a negative reaction, while 12 of 19 (63 percent) suffered a reaction as a result of banana RAST testing.[10]

Bananas are just one of the fruits, alongside kiwis and avocados, which produce this reaction. The reason for it is believed to be that the fruits in question contain a number of the same proteins that are found in latex and trigger the allergies. Potential symptoms include wheezing, itchy eyes, and a blocked-up nose.

I am a freelance writer and filmmaker (under the name Wardlaw Films). I have previously written for BBC Radio comedy shows and was a semi-finalist in the $2 Film Festival with the short Work Life Balance.