Sometimes, it seems as though there are few original ideas left in entertainment. When every new property just seems like a remixed, reworked, rehashed version of something else, it can be helpful to remember that artists have borrowed ideas from others since time immemorial—it’s a healthy part of the creative process.

Having said that, there’s a line between borrowing and outright larceny. Pablo Picasso said (unless someone else said it first) that good artists copy and great artists steal. If that is true, then these are the stories of the greatest artists in history. 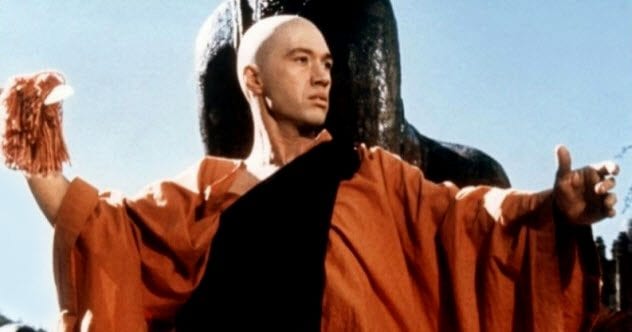 In December 1971, martial arts legend Bruce Lee appeared on The Pierre Berton Show, a Canadian talk show. During the interview, he shared details with Berton about a project that he had been working on: The Warrior, a TV series in which he would star as a disciple of the martial arts who roamed the American Old West.

Lee went on to say that he had pitched the project to Warner Brothers and Paramount, both of which had concerns over casting a non-American lead, and that he was pretty sure that the series would never make it to air.

In February 1972, just a few months after this interview, ABC aired its feature-length pilot for Kung Fu—a series with an identical premise to the one described by Lee but starring the white actor David Carradine. Produced by Warner Brothers television, the series ran for 63 episodes and became one of the most popular shows of the 1970s.

In her memoirs, Lee’s widow, Linda Lee Cadwell, asserted flatly that Lee had created the entire concept for the show, which had been blatantly swiped by Warner Brothers. 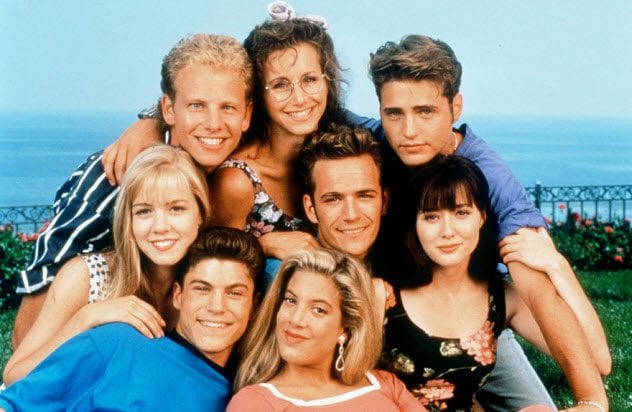 In 1985, merchandise marketer H.W. Broido pitched his idea for a TV series to Aaron Spelling Productions. Broido believed that his idea had a lot of tie-in marketing potential. The series, Holli Woods, would be about a teenager who moves to California from the Midwest and could be a starring vehicle for Spelling’s actress daughter, Tori.

A letter from Spelling to Broido in December 1985 called the idea “absolutely charming,” and he later sent along a picture of Tori so that the doll based on her character could start being designed.

But communication tapered off, and the series appeared to fall through . . . until Beverly Hills, 90210 debuted on the Fox network in 1990. It contained all the elements from Broido’s original pitch, starred Tori Spelling (although in a supporting role), and would soon produce a line of dolls based on its characters.

Furious, Broido filed a lawsuit in 1992 alleging, “More than a story line was taken. [ . . . ] It was a whole business enterprise that was ripped off. And there’s a huge paper trail to prove it.” The suit was eventually settled out of court with undisclosed terms. Beverly Hills, 90210 was a huge hit for Fox, running for 10 seasons.

Beyonce Knowles has carved out an enviable career for herself, from her days as frontwoman for popular R&B group Destiny’s Child to her current place atop the entire music industry. The ubiquitous artist has been praised as much for the unique visual styles of her performances and videos as for her music—which has been a problem for the many artists who have accused her of ripping off their visual work.

Examples of this abound. Beyonce’s video for “Single Ladies” borrows a dance routine from choreographer Bob Fosse, set to the song “Mexican Breakfast,” that appeared on The Ed Sullivan Show. The memorable scene of Beyonce walking down a street smashing car windows in the acclaimed video for “Hold Up” copies Swiss video artist Pipilotti Rist’s “Ever Is Over All.” The “Countdown” video copied the choreography, set, and costumes from “Achterland,” a 1990 video from Dutch artist Teresa De Keersmaeker. There are many other examples too numerous to list here.

In 2016, filmmaker Matthew Fulks took Beyonce to court for using scene compositions and themes from his short film Palinoia for her visual album Lemonade. Fulks had screened his film for a senior vice president at Beyonce’s label. The case was dismissed, with the court ruling that the scenes in question did not fall under copyright infringement. 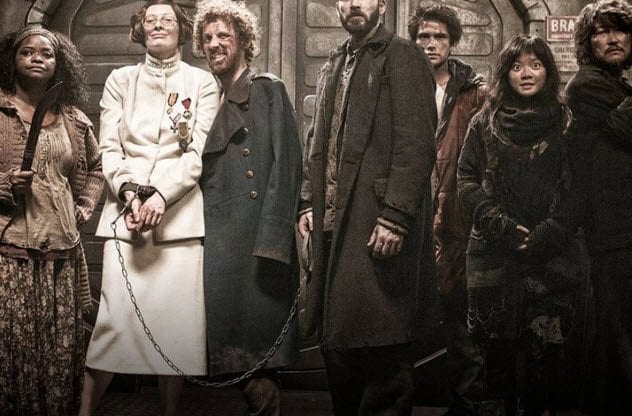 In 2005, South Korean director Bong Joon-ho became fascinated with the French dystopian graphic novel The Snow-Piercer, which was about a train housing humanity’s only survivors after an apocalypse. He pitched a film adaptation to producer Park Chan-wook.

In adapting the novel to the screen, Park and Bong realized that they needed a fresh take—“a completely new story and new characters” to make it work cinematically. But according to fans of video games—in particular, the classic shooter BioShock—Park and Bong failed miserably in this respect.

While critically well-received, the 2013 Chris Evans vehicle was identified immediately by gaming enthusiasts as “BioShock on a train.” Aside from major plot points—a dystopian society cut off from the world, struggles between classes, a mysterious dictator-like central figure—many of the game’s 1960s-inspired visual elements make appearances in Snowpiercer despite this making little narrative sense.

The game’s designer, Irrational Studios, shut down in 2014, and fans seemed more amused than annoyed by the theft. One reviewer called Snowpiercer “the Bioshock game I’ve wanted to play since the original.”

Kid Rock’s 2008 hit “All Summer Long” seemed immediately suspect to listeners over a certain age. The song is not so much a composition as a mash-up. The entirety of the track is a loop of two bars of Warren Zevon’s “Werewolves of London” while additional elements are swiped from Lynyrd Skynyrd’s “Sweet Home Alabama.”

Even Rock’s vocal phrasing and rhyme schemes very closely mirror Zevon’s. The familiar sound, along with the word “summer” in the title, helped the song gain massive airplay and eventually propelled it to #4 on the US Billboard charts. 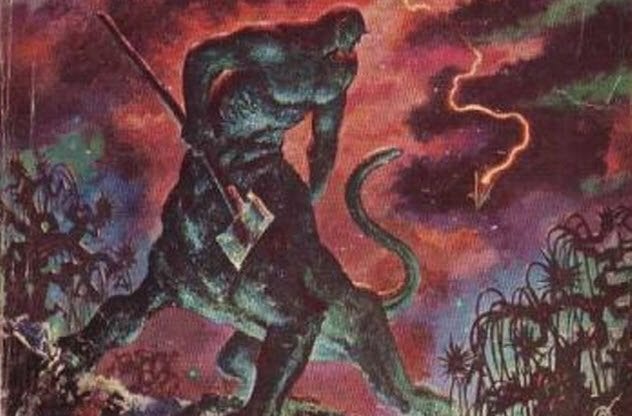 James Cameron’s Avatar currently reigns as the highest-grossing film of all time. The film was praised for being an original, inventive work in a sea of reboots and remakes. Although Cameron has acknowledged many influences—including the works of Edgar Rice Burroughs and the film Dances With Wolves—there appears to be one major acknowledgement that was overlooked.

This would be the pulp 1957 novella Call Me Joe by Poul Anderson. In the novella, a paraplegic soldier links with an artificial body to explore an alien planet. He engages in battles, bonds with the locals, and eventually connects emotionally with his new body and “goes native,” which you may recognize as an accurate synopsis for Avatar.

Many covers for the Call Me Joe paperback, like the one above, even featured giant blue aliens with tails carrying spears. But to this day, Cameron has never addressed the similarity.

The 1955 song “Folsom Prison Blues” jump-started the legendary career of the late Johnny Cash and became one of his signature songs. While its dark, gritty narrative was unlike anything else in popular music at the time, few listeners recognized that its lyrical structure was lifted completely from another song.

“Crescent City Blues” was an orchestral song released in 1953 about a woman stuck in a small town. The Cash song follows its narrative pattern exactly, with only minor changes to lines. “I ain’t been kissed, Lord, since I don’t know when” became “I ain’t seen the sunshine since I don’t know when,” and “I’m stuck in Crescent City watching life mosey by” became the infamous “I shot a man in Reno just to watch him die.”

In addition, several lines—including the opening “I hear the train a-comin’, it’s rollin’ round the bend”—are identical. It took the composer, Gordon Jenkins, 14 years to reach an out-of-court settlement with Cash. Jenkins received $75,000 for penning the first draft of the song upon which Cash hung his entire career.

In the late 1980s, many rap and electronic music artists began building their drum tracks around a six-second sample from the 1969 song “Amen, Brother” by the Winstons—a rocking solo drumbeat with a crushing snare sound.

The snippet was sliced, diced, sped up, slowed down, and rearranged in countless ways, eventually contributing to the rhythm tracks of over 1,800 songs in multiple genres and even giving birth to a genre of its own—Jungle, which uses the break’s drum sounds almost exclusively.

For three decades, what became known as the “Amen” Break influenced generations of musicians and spawned countless profitable hits, with the song’s original composers never seeing a dime. This changed when a GoFundMe campaign started by a pair of British DJs raised nearly $30,000 for Richard Spencer, one of the Winstons’ original members.

While grateful, the 72-year-old lamented the time it took for recognition to come. “The young man who played that drumbeat, Gregory Coleman, died homeless and broke in Atlanta, Georgia,” he said. 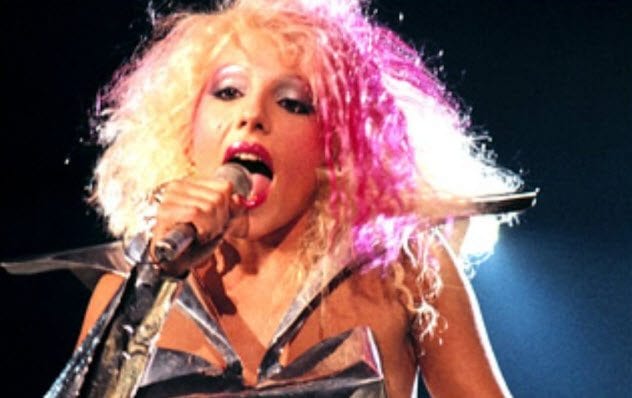 Lady Gaga, seen above, is known as one of the most ferociously original pop artists of our time. One might think that her outlandish persona and fashion sense could only come from a singularly creative mind—except that the picture above is not Gaga. It is Dale Bozzio, the lead singer of Missing Persons, a band that had mainstream success in the early 1980s with Bozzio sporting a look that Gaga’s fans may find very familiar.

Gaga has been accused of doing this often. Notably, some astute fans pointed out that her “Jo Calderone” persona, which Gaga debuted at the 2011 MTV Video Music Awards, was highly reminiscent of Annie Lennox in the video for Eurythmics’ “Sweet Dreams (Are Made of This).”

But the most serious accusation of theft involving Lady Gaga has floated around the Internet for years: that she stole her entire musical style and stage persona from her friend, Lina Morgana, who committed suicide in 2008. Many of Lina’s friends and family have claimed that Gaga’s style changed dramatically after Lina died and that watching Gaga perform is like “looking at a ghost.”

In 1989, a pair of German mash-up producers calling themselves Snap! released a “megamix,” common at the time, of several different songs. Its rhythm track was lifted entirely from Mantronix’ “King of the Beats” (which, ironically, also sampled the “Amen” Break).

The rapped lyrics were from the a cappella B-Side of “Let the Words Flow,” an underground single by Queens rapper Chill Rob G, from which the mash-up also took a distinctive, alternately honking-and-wailing saxophone riff. Its vocal hook gave the mix its title—sampled from Jocelyn Brown’s “Love’s Gonna Get You”—with a female vocalist ecstatically screaming, “I’ve got the power!”

“The Power” became a huge hit in Europe, about which Chill Rob G was none too pleased. Threatened with a lawsuit, Snap! recruited soundalike rapper Durron Butler (“Turbo B”) from a nearby American army base to write verses mimicking Rob’s style. When the rereleased track became an even bigger European hit, Rob—figuring that turnabout was fair play—swiped the German duo’s mash-up track and released his own version in the US on tiny label Wild Pitch.

Meanwhile, Snap! signed a US distribution deal with Arista, whose distribution clout swiftly buried Rob’s version. Rob went on to languish in obscurity while “The Power” became an iconic (and highly profitable) dance track.

To add insult to injury, the Snap! version’s refrain “It’s gettin’ kinda hectic” is a sample of Rob’s original vocal and Turbo B’s rap contains perhaps the most ironic line in music history: “Copywritten lyrics so they can’t be stolen.”