Guns, video games, fur fetishes, religion, and more. If it can draw a crowd, then there is a convention or conference that caters to it. However, when thousands of people with varying social skills and clashing sensibilities gather at a convention center, the events can be unexpected and downright shocking.

Although never officially part of Comic-Con, the ZombieWalk, in which hundreds of people in zombie costumes parade down the convention center street, had been held side by side with the comic book event for eight years without incident or complaint. In 2014, however, the ZombieWalk was canceled after Matthew Pocci plowed his car through a group of people, injuring one woman so severely that her arm was nearly detached.

Pocci claimed that he only drove through the crowd after they attacked his car. But video of the event showed that the people only started hitting his car once he started driving through the crowd. Shortly before Pocci started running people down, one person could be seen sitting on the hood of Pocci’s car as he pushed the car through the crowd.

A judge ruled that such an occurrence wasn’t a good enough excuse to risk killing a group of people and found Pocci guilty of felony reckless driving. 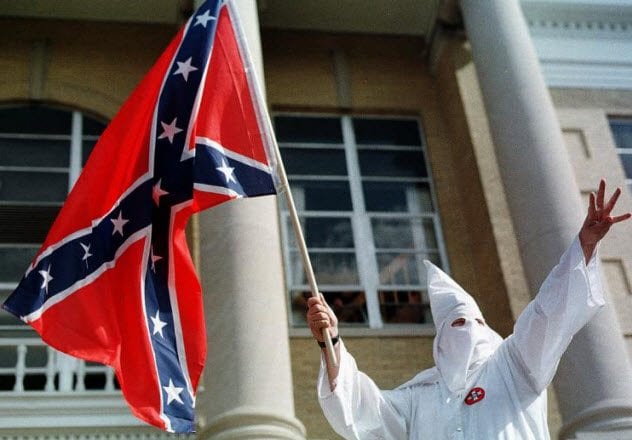 You know a conference was a success when staff members demand that you delete all evidence of its existence from your phone. If you believe the reports, that is exactly what happened at an Oklahoma CareerTech Conference after retiring teacher Larry Long gave a speech during which he presented a white, hooded KKK robe and a Confederate flag to a black colleague as a joke.

Once this became known publicly, the school’s committee immediately tried to distance itself from Long. It was especially difficult because they had recently renamed their agriculture building after the retiring teacher. The school has now rescinded the decision to name the building after Long.

Long has apologized for the offensive incident, saying that it was a thoughtless joke. 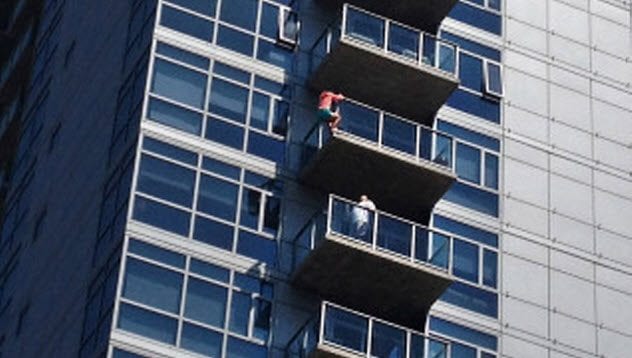 During a reveal party at Comic-Con for the superhero film Kick-Ass 2, a distraught woman climbed onto the railing of her hotel room balcony overlooking the party below and prepared to jump. The woman did this shortly before a stunt team for the film was going to put on a performance. She also happened to be wearing an outfit with a similar color scheme to that of a character in the film.

To the people below, the woman’s suicide attempt appeared to be part of the movie team’s stunt. Once the crowd realized what was really happening, they began screaming for her not to jump.

Meanwhile, the stunt team found the woman’s room and managed to pull her to safety shortly before the police arrived. Fortunately, the confusing series of events ended with saving a person’s life. 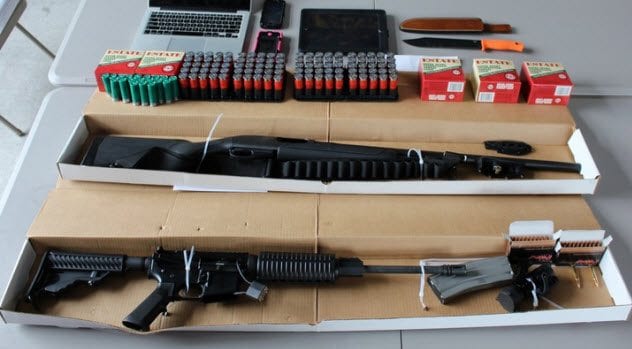 The cards are on the table, and depending on their next moves, someone will take home $25,000 in cash. No, this isn’t a high-stakes poker game. It is the Pokemon Trading Card Game World Championships. Although that sentence might not sound like something involving any sort of danger, the convention may have narrowly avoided a disaster that would have made national news.

Shortly before the tournament began, two players posted images on Facebook of a shotgun and AR-15. The captions talked about “killing the competition” and how their guns would decide who won the game. Before reaching the tournament, the two men were arrested by police for having the two unregistered weapons in their car along with mounds of bullets and hunting knives.

6 DashCon And The Ball Pit 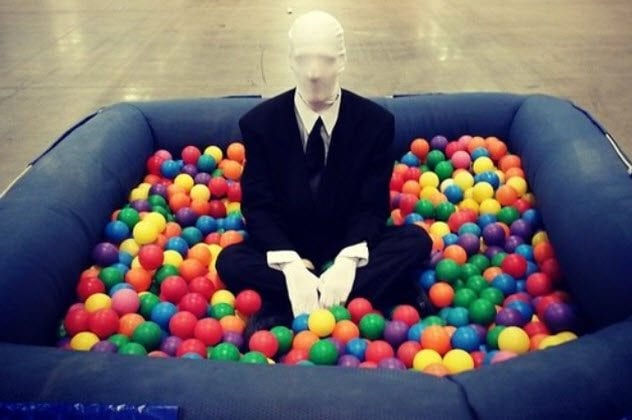 DashCon 2014 started in just about the worst way you could imagine. As the doors opened and attendees filed in, the event organizers went panhandling person-to-person. The organizers told the guests, each of whom had already paid, that the convention would be canceled if they didn’t collectively chip in $17,000 in one day.

Somehow, the organizers managed to pull it off, but things went downhill from there.

Nearly all the advertised guests for the convention canceled once they were told that event organizers wouldn’t be paying them. Nor would the organizers pay for the guests’ accommodations.

The people who had paid extra to see these guests were then given an hour in a child-sized ball pit as compensation. As if that wasn’t the worst of it, unconfirmed rumors began spreading that someone had peed in the ball pit. 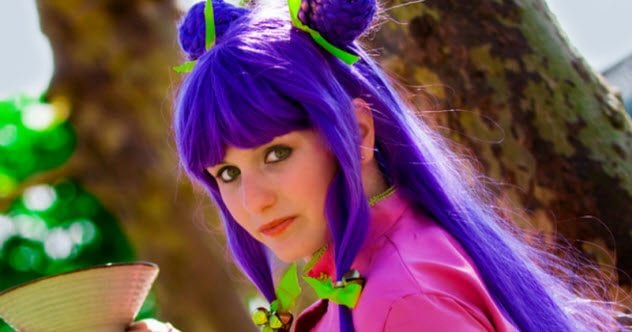 While people were having a good time at a convention with their friends, a group of Internet trolls decided to engage in a cruel prank. The trolls sent some attendees threatening messages online about raping and murdering these attendees while posting actual pictures of the guests at the convention center.

Supporters of the trolls claimed that it was a just a joke directed at convention committees that have cracked down on sexual harassment at conventions. But sending pictures of actual murders to con goers and telling them the same would happen to them is hardly a joke.

Twitter banned a majority of the accounts involved. The police confirmed that none of the posted photos were taken by the trolls. All the pictures were from other people’s accounts. 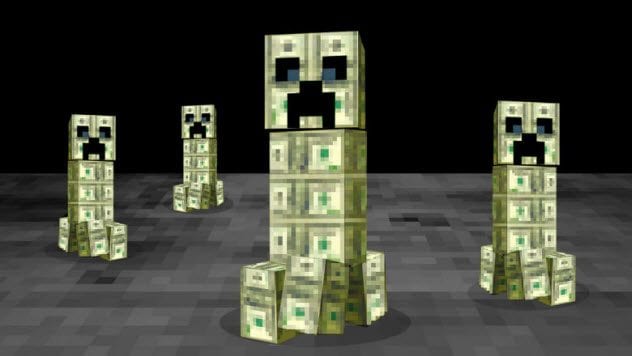 “THIS IS NOT A SCAM!” read a social media post on the official Mineorama Twitter account. Then another post claimed that their convention had been postponed because funding had fallen through. This announcement came only days before the convention was to begin and after large groups of people had already booked flights and hotels for the event.

The event organizers claimed that they were working on giving refunds and planning to reschedule their convention. But they quietly deleted all their social media accounts and vanished from the Internet with over $500,000 unaccounted for. Only the people who ordered tickets through their banks were able to get refunds.

Nothing has been heard from the organizers for over two years. 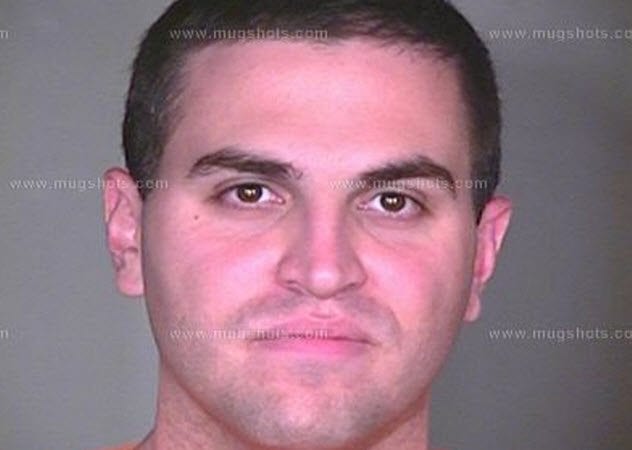 As the lead-up to Aki Con 2013 came to a close and the guest list had been posted online, a few attendees noticed that a person on the list had once been accused of acting inappropriately around female con goers. When they looked him up online, they quickly found that he had spent years in jail for sexual crimes against a minor. The attendees claim that they brought this information to the event organizers and were either dismissed or outright ignored.

After the rave ended, the obvious happened. A woman came forward claiming that the DJ had drugged and date-raped her. Tests confirmed that she had flunitrazepam (a type of roofie) in her system, and the DJ was arrested.

Initially, Aki Con released a statement about the incident. But they quickly deleted it after people accused them of identifying the victim and blaming her by urging attendees to make smarter choices.

2 Convention Gets Hit With Copyright Lawsuit 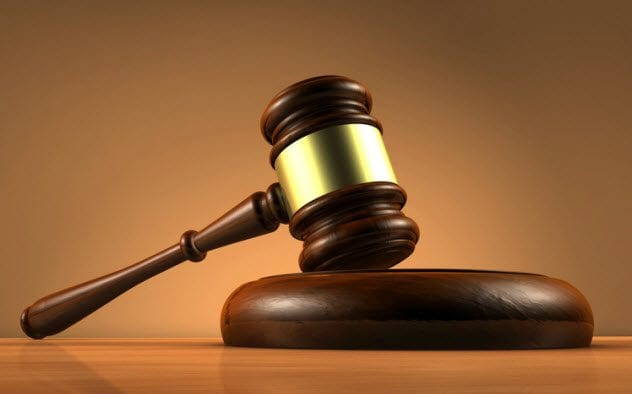 Other than the proceeds from ticket sales, a big source of profit for convention organizers is the sellers’ room. Conventions will rent out tables to hundreds of people and allow them to sell their usually handmade trinkets to con goers.

Organizers don’t worry much about whether the products being sold are infringing on another company’s intellectual property (IP) rights. In most cases, the sales are too small to be noticed by the large companies that own the IP.

To the horror of the Animeland convention organizers, one such company did take notice and they weren’t happy. After repeated failed attempts to get the convention to crack down on people selling bootleg versions of their products, Funimation finally hit the organizers with a lawsuit for hundreds of thousands in damages. 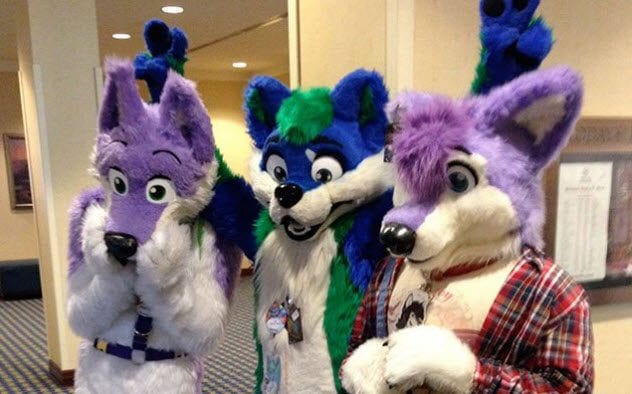 The idea of people dressing up as animals, acting like animals, or wanting to actually be animals might be a weird thing for you and me. But as long as nobody is getting hurt, it shouldn’t be any of our business what they like. Unfortunately, not everyone can understand concepts as simple as that. Instead, they react in terrible ways to things they don’t understand.

Nineteen people learned that the hard way at the 2014 Midwest FurFest convention when an unknown assailant purposely poured powdered chlorine into the stairwells of the hotel hosting the event. This forced an evacuation and sent those 19 people to the hospital with adverse reactions to the chlorine gases. The person responsible has not been found.

Kyle has nothing to put here currently. Thanks for reading.