Theft is as common as the kitchen cockroach. But shoplifters and office supplies stealers have nothing on the world’s weirdest thieves and henchmen. Some people just want their own oddity and walk off with sharks, or act out a gaming fantasy inside of stolen aircraft. Others just want the money. Organized gangs know that bizarre niches are profitable. As a result, they traffic bridges and trees while funding their crimes with avocados. 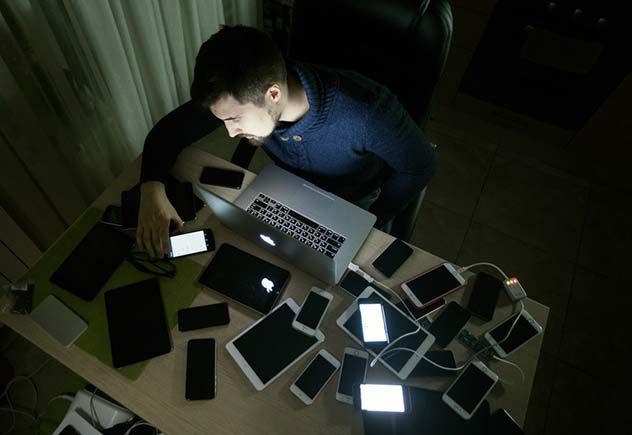 An Australian teenager admired Apple. The 16-year-old had dreams of working for the trillion-dollar company one day. However, his obsession and love of hacking proved to be a disaster for both him and Apple.

For nearly a year, the teen wormed around the company’s mainframe and stole 90 gigabytes of data. The information included customer accounts and other high-security files. In 2018, Apple detected the intruder and instead of offering the kid a job, they handed him over to the FBI. The Bureau passed him on to the Australian police who raided his house. Ironically, the crime had been committed with several Apple laptops.

The teenager, who could not be named due to his age, appeared in a children’s court. He pleaded guilty but the honesty did not impress Apple. The breach was an embarrassment, especially since the hacker floated around their files for months without detection. The company’s only response was a public statement reassuring customers that their information was safe.[1]

A unique video went viral on YouTube, in 2018. The clip followed a diamond heist. This was not your usual bank robbery, however. The thief in question was an ant. Whoever captured the footage was working with tiny diamonds on a desk blotter. An ant ambled closer, grabbed one of the gems and scurried away.

The daring chase lasted 47 seconds. Alright, the chase was just a camera rolling while the insect pushed and pulled the diamond along. The video ended suddenly. It remains unclear what happened next but the person probably decided it was time to retrieve the diamond. Hopefully, the criminal ant was allowed to live and pursue stardom in other YouTube videos.

When experts looked at the clip, they could not identify the species. Although several are strong enough to carry objects much bigger and heavier than themselves, it was still surprising that the tiny ant managed to grip the smooth diamond so securely in its mandibles. Why the insect wanted the stone is also a mystery. One theory suggested that the diamond was coated with a chemical that smelled edible.[2] 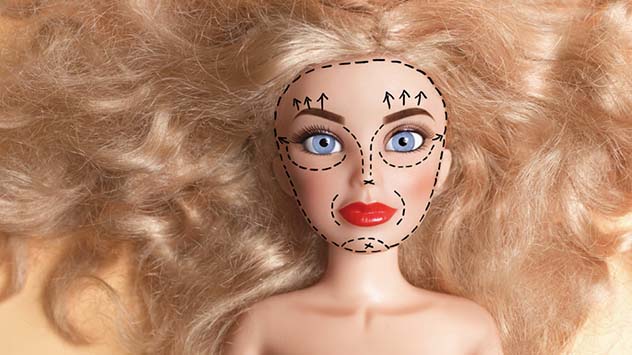 When a 40-year-old woman was admitted for cosmetic surgery, nobody could predict the consequences. In 2016, the patient underwent a procedure that included a tummy tuck, arm lift, breast augmentation, and liposuction. The Brazilian mother was healthy enough to be released from the hospital a few days later.

Before long, she experienced the first pang of kleptomania. The pressure to perform a five-finger discount became overwhelming and stealing something was the only way she gained any relief. At one point, she stole a cheap item despite having enough to pay for it, got caught and ended up at a police station. By now, doctors knew that something had gone wrong with the surgery. The team explained to the officers that the woman was not a criminal – she had a brain injury.

During the operation, blood flow became restricted and it damaged the neural region responsible for impulse control. Things went better after that. The woman was released and her kleptomania disappeared after a few weeks. Thankfully, the damage to her brain had only been temporary.[3] 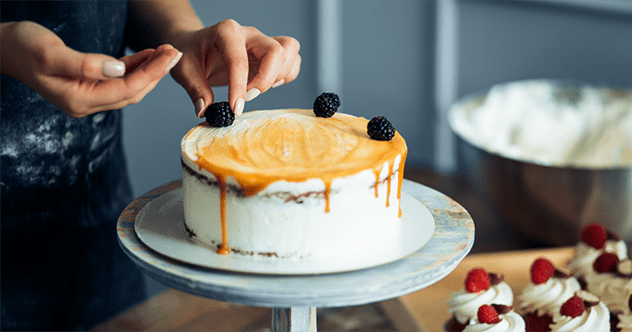 David Lliviganay stole a lot of cakes. In fact, he smuggled 1,020 pastries from his workplace. At first blush, one might think he had a sweet tooth. However, the thief was entirely focused on fencing the cakes for a massive profit. The edibles in question were gourmet crêpes that cost $90 for a single cake. Lliviganay, who worked as a deliveryman for Lady M Confections, ended up stealing a batch worth $90,000.

Elite goods can trigger a black market following and this was the case with Lady M’s signature crêpes. Martha Steward and Oprah loved them. The New York Times lauded them as among the best in the city. Unsurprisingly, dodgy buyers wanted them and Lliviganay saw the opportunity to make a lot of money.

Lady M only became aware of the cake trafficking in 2019, when it was brought to their attention that the crêpes were being sold at a cheaper price elsewhere. Security cameras showed him pinching the items and Lliviganay pleaded guilty. The company now wants the deliveryman to repay the total worth of the cakes he stole.[4] 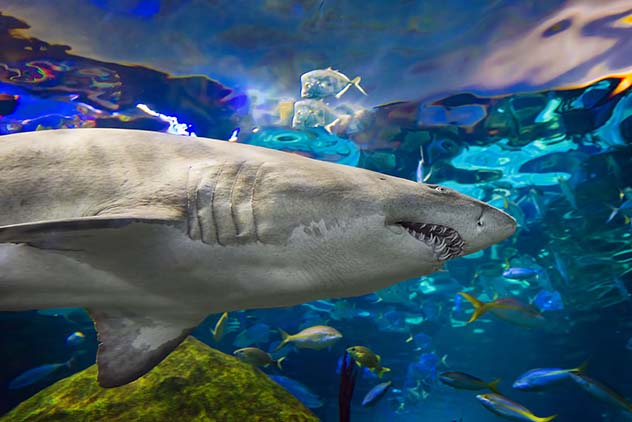 In 2018, an employee at the San Antonio Aquarium became suspicious. Three visitors were leaving but something did not seem right about their baby stroller. After alerting management, the aquarium’s manager cornered them in the parking lot. She insisted on looking inside their vehicle but the two men and their lady companion refused.

The staff looked at the security tapes and witnessed a horrifying theft. The trio approached an open saltwater pool. This interactive feature allows visitors to touch several shark species. Only this time, the touching went too far. One man grabbed a gray horn shark by the tail and lifted her from the water. The young female, called Miss Helen, was then taken by the other man and wrapped in a blanket. The 0.6 meters (2 feet) long shark was placed in a bucket filled with a bleach solution and hidden inside the baby stroller.

The police found the thieves’ truck and discovered Miss Helen at one of the men’s homes. She was slumming it out inside a pet tank. The shark-nappers were arrested and their victim was returned to the aquarium in a plastic tub.[5] 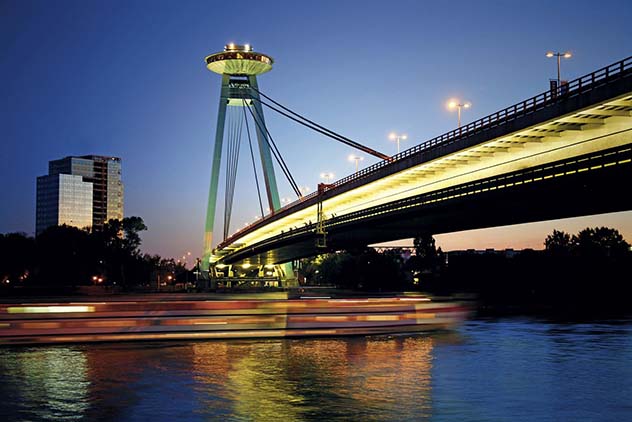 The secret to pulling off a great heist is an honest look and fibbing with flair. This was how one gang made a healthy profit. They decided to steal metal and sell it to an unsuspecting dealer. The thieves were not satisfied with a few cables or stripping somebody’s outdoor plumbing. They focused their attention on a bridge and nearby train tracks. Both profitable features were located in the Czech Republic.

Nobody saw them dismantle the 9-tonne (10-ton) bridge and over 198 meters (650 feet) of tracks. But that was only half the job. The metal needed to be sold. That was where the well-delivered lies came in handy. The men walked into a depot in Slavkov, in the east of the Republic. They told the dealer that the bridge and railway line were removed because nobody used them anymore. For good measure, false paperwork stated they were the official demolition crew. After the gang left with their money, a closer look at their story revealed the truth. Both structures were still part of an active infrastructure and the bridge alone would require millions to replace.[6] 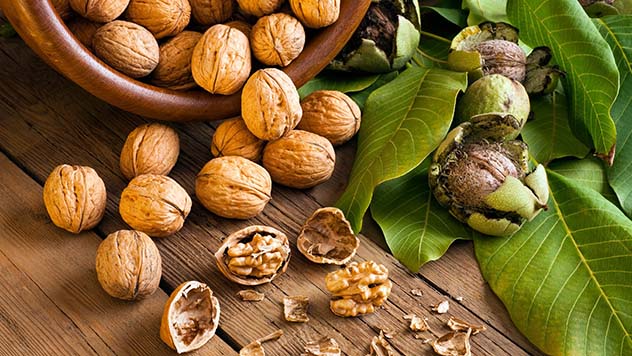 In 2012, a freight brokerage firm became worried. A shipment of unprocessed walnuts had not arrived at its destination in Miami. In fact, the nuts were two days late. The company called the police and told them the walnuts originally came from California’s Tehama County. Before long, Sheriff’s deputies discovered another load from the Tehama orchards had disappeared. This cargo vanished en route to San Antonio.

Together, the two stolen shipments weighed 37,194 kilograms (82,000 pounds) and were valued at around $300,000. Both heists occurred in October and were the work of the same driver. The suspect was described as a white male speaking with a definite Russian accent. He stood over 1.8 meters (6.2 feet) tall and weighed around 90 kilograms (198 pounds). He drove a semi-truck with the door label “InTech Transportation,” and flashed authentic-looking purchase orders.

When questioned, the trucking company hired to ship the walnuts to San Antonio confirmed that he was not their guy. Nobody knows what happened to the other driver or why the Russian wanted so many walnuts. A plausible scenario saw the nuts heading for the black market where, perhaps, they were pre-ordered by a buyer.[7] 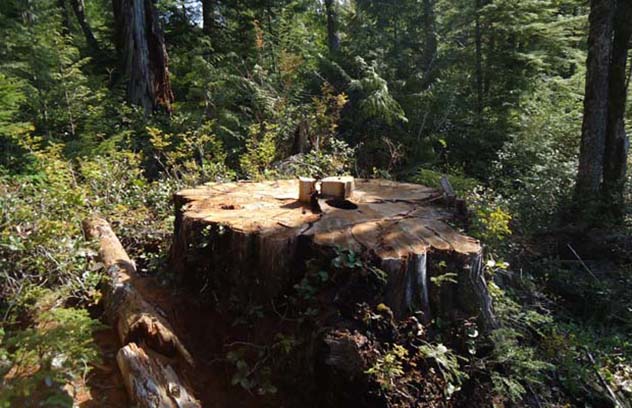 Canada’s Carmanah Walbran Provincial Park is full of old trees. Its collection of 800-year-old cedars is especially prized. In 2012, a hiker found that one of them had been reduced to a stump. The tree, once measuring 50 meters (164 feet) high, was gone and broken timber equipment was found nearby.

The park did not take the theft lightly. The century-old trees are critical to the ecosystem. They also support a rare bird, once classified as extinct before being rediscovered between the branches. The case went nowhere, despite the involvement of several organizations that included the Royal Canadian Mounted Police.

The cedar was a tiny fragment of a huge problem. Thousand-year-old specimens are so valuable that they are called the “new ivory.” A single old tree can fetch $20,000. Sometimes, 100 trees are stolen during a single heist. The numbers add up quickly – cartels can remove timber worth up to $100 billion.

Unfortunately, the good guys are understaffed, lack organization and do not have the funds to deal with the problem. The cartels, on the other hand, are highly-organized and deadly. Groups that traffick timber often also trade humans and weapons, a trademark of the most lethal and effective syndicates.[8] 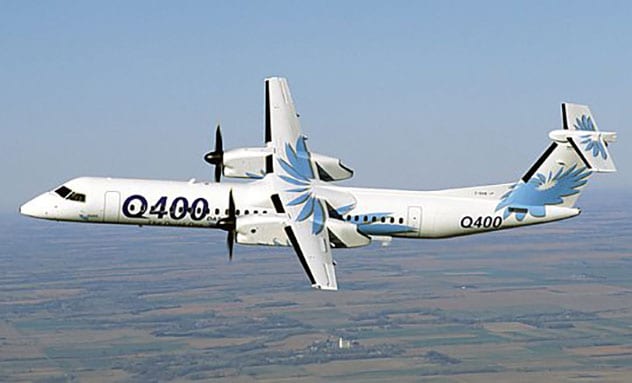 In 2018, Richard Russell finished his shift. Employed as a tarmac worker at the Seattle-Tacoma International Airport, nobody saw his next move coming. Russel successfully stole a Bombardier Q400 turboprop plane.

Soon after the 76-seat craft was airborne, traffic control realized something was wrong. Luckily for them, Russell was chatty and kept communications open. While being trailed by fighter jets, the thief proceeded to perform dangerous maneuvers including rolls and loops. Alarmed, one of the jet pilots asked him to land so that nobody would get injured. Russell became agitated and replied, “I don’t want to. I was kinda hoping that was going to be it.” This remark, along with several others, later gave authorities the reason to believe that the airport worker was suicidal.

Russell apologized to his family and friends for his behavior but did so via traffic control. He would never get the chance to tell them personally. After an hour in the air, the plane crashed on an island and killed Russell. Investigations found he had no pilot license or any flight experience. Yet, he managed to take off, stay airborne for a long time and perform complicated moves. The only clue Russell provided was when he told traffic control he did not need much assistance with the flying because he “played some video games.”[9] 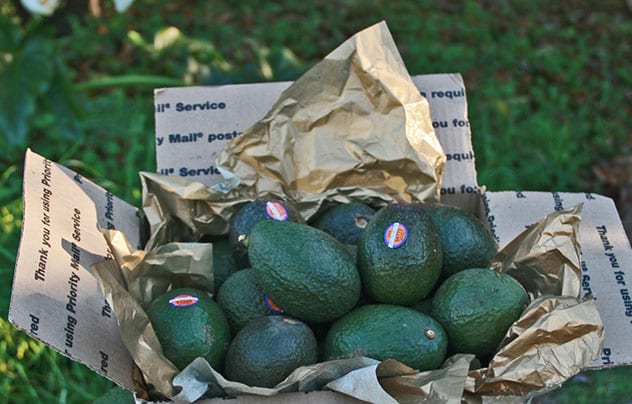 When criminals consider what to highjack, avocadoes usually fail to make the list. The reality in Michoacán is very different. When farmers transport their crops, the risk of having the truck stolen is high. In fact, as many as four avocado trucks are stolen every day in the Mexican state.

To understand this bizarre choice, one must understand that Michoacán is cartel country. Different organized gangs are battling to take control of the region but thus far, nobody has taken the throne. The ongoing fight is expensive and because of this, the cartels need a good source of income. Enter that wrinkly green fruit you either love or hate.

Around 80 percent of the United States’ avocado imports come from Michoacán. As a result, its avocado sector is a billion-dollar industry. Perfect for mafia claws. With the insatiable public appetite and nearly 20 gangs running after avocado trucks, the violence has spun out of control. Many fear it might end up killing the entire business.[10]

For more lists like this, take a look at 10 Impossible Heists Pulled Off By Real Thieves, and 10 Crazy Ways Thieves Got Caught