Undercover operatives have one of the toughest jobs in law enforcement, and their activities can help bring down even the most bulletproof of criminal enterprises. Sometimes, however, as with all human endeavors, there are problems. The following operations were in the best of cases spectacularly ill-conceived and in the worst accomplished the exact opposite of their intended purpose. Some of the names of these operations were made up. Some, amazingly, were not.

Vancouver Police sergeant Mark Horsley had a simple but brilliant plan to put a dent in a gang of thieves that had been conducting a string of robberies on the east side of town in 2015. These cowardly bandits had been robbing disabled citizens in wheelchairs, and Horsley planned to catch them in the act by posing as a wheelchair-bound man himself. For five days, he tooled around the city’s most crime-ridden areas with money hanging out of an open fanny pack. The ploy attracted plenty of attention—just not the kind he had been expecting.

Despite over 300 contacts with citizens, nobody robbed him. They gave him money instead, although he was doing nothing resembling panhandling. Many people just stopped to chat and see if they could help, and two separate people brought him pizza. Only one man reached for Horsley’s fanny pack . . . to zip it shut for him and tell him that he should be more careful with his things. Horsley even recognized crooks he had busted in the past, approaching him to see if he needed assistance. It would appear that either the reports of roving bands of wheelchair robbers were highly overstated, or the Vancouver PD undercover unit has a serious leak.

9 Operation Have It Your Way 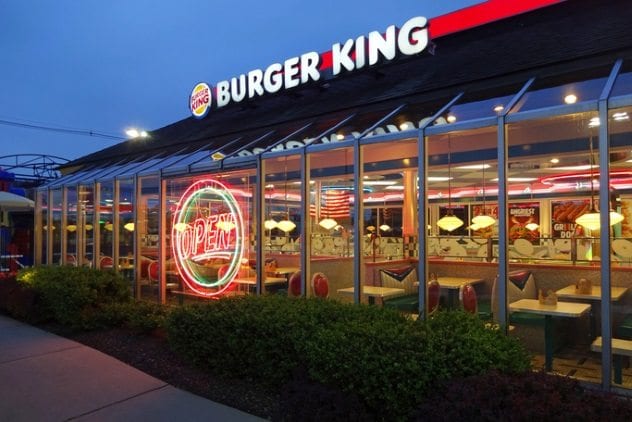 In 2016, Officer Nicole Fair had only joined the Thurmont, Maryland, police department about a month prior to her first big assignment. The tiny town of about 6,000 was having a bit of a problem with drugs, and citizens had reported dealing taking place out of the local Burger King. As Fair was not well-known in town yet, she was inserted into the fast food joint to go undercover as an employee and catch the dealers.

For two months, Fair flipped burgers—twice as long as she had actually worn a police uniform at that time—and befriended fellow workers. Finally, she hit pay dirt when she got employees Tommy Lee Miller and Jonathan Moser to sell her the goods. Speaking to the local paper, Fair said: “I was hired to help and protect the community of Thurmont, and that was what I was doing. You hear about all the drug problems [ . . . ] we’re really feeling the effects of it. To be able to do something to directly address that, especially being a new officer, was extremely rewarding.”

The drug haul? 5 grams of marijuana (roughly $50 worth) and two pills. Thurmont, you can sleep easy. 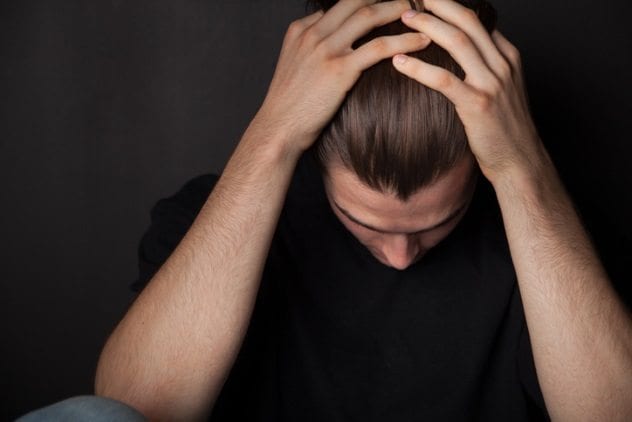 Burger restaurants are one thing, but everyone agrees that drug dealing in schools is serious business. Since the 1970s, police have used youthful-looking cops to go undercover at high schools and ferret out the dealers, but one such operation at Chaparral High in Southern California in 2012 took a wrong turn on the first day. The undercover cop, “Dan” to his high school friends, immediately befriended young Jesse Snodgrass, an autistic student with bipolar disorder who had extreme difficulty keeping up with conversations.

“Dan” asked Jesse if he could score some weed, and Jesse said he could, barely cognizant of what that meant and ecstatic to have made a friend. After coming up with $20 worth of pot that he’d purchased from a guy outside a legal dispensary, Jesse was arrested and charged with drug dealing.

A judge, recognizing that there’s no way this crime would have ever taken place without the officer’s involvement, threw out the charges. A subsequent lawsuit filed by Jesse’s family against the school district was also, unfortunately, dismissed. 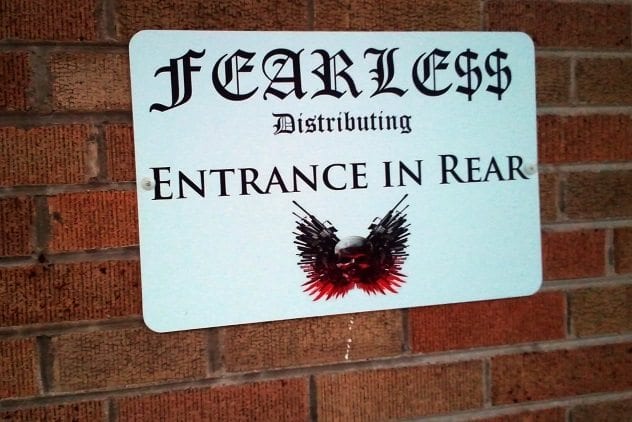 In 2012, a new store called Fearless Distributing opened in downtown Milwaukee. It was, to put it plainly, a front. Those staffing the store were agents of the Bureau of Alcohol, Tobacco, Firearms and Explosives (ATF), and they were determined to take some illegal guns off the streets by buying them from felons through their storefront. It didn’t work out quite how they intended, but perhaps you’re asking for problems when you name your sting Operation Backfire.

Pretty much everything that could go wrong did. For one, the sting failed to net a single gunrunning operation. Many arrests were made, but the ATF was found to have targeted mentally disabled people almost exclusively, and only a few low-level charges were filed. The store was broken into and robbed of $35,000 worth of merchandise. Agents caused $15,000 worth of damage to the property, resulting in a lawsuit by the landlord. Bungled handling of guns resulted in a military-style machine gun hitting the streets.

After the Milwaukee Journal Sentinel broke the story, they took a look at a few other ATF operations—and discovered that they had employed similar tactics, with about as much to show for it, in at least six storefront stings across the US. 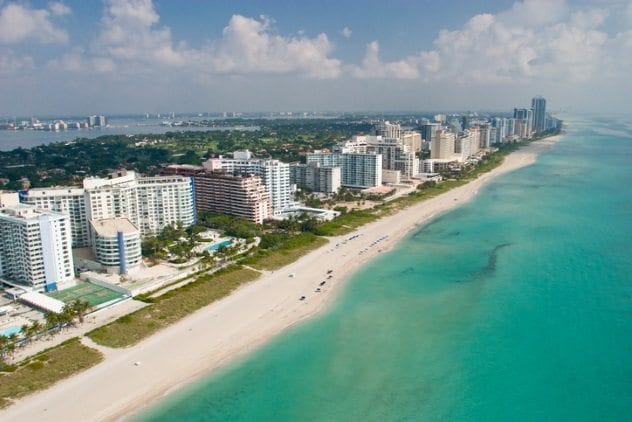 From 2010 to 2012, Florida’s Tri-County Task Force, which strangely consisted of only two agencies, attempted to stem the flow of laundered money from the state’s drug trade by going undercover as money launderers. Operatives from the Bal Harbour Police Department and Glades County Sheriff’s Office would pass tips and information on to federal agencies, which would move in to make the bust when they had enough to do so. The operation was a success, resulting in the seizure of $30 million in dirty money.

Except that the $30 million wasn’t all of the money laundered by the undercover task force. In all, over $70 million was laundered for drug cartels by the task force, more than twice what was seized. The agents involved took a nominal fee for their services, skimming $2.4 million for themselves, which went to various operating expenses like stays at resort hotels and meals at expensive restaurants. After the Miami Herald exposed these shenanigans, the heads of the departments involved in the sting were terminated, and the operation itself was dismantled. 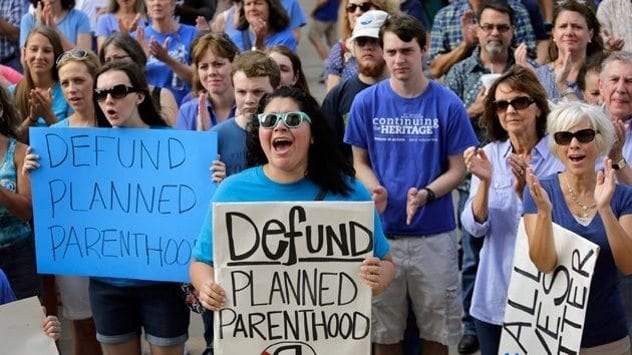 You may recall that in 2015, several states moved to defund Planned Parenthood after a series of undercover videos shot by the “Center for Medical Progress” (CMP) purported to show illegal activity within several of the clinic’s locations, including the sale of aborted fetuses. A grand jury was convened, and it was determined that multiple felony charges were in order—for the people who produced the videos.

The grand jury found that Planned Parenthood was not engaged in any kind of illegal activity and that the videos were edited deceptively to imply that the opposite was the case. Because of this, CMP founders David Daleiden and Sandra Merritt, the creators of the videos, were charged with felony counts of tampering with a governmental record. On top of that, Daleiden was charged with prohibition of the purchase and sale of human organs, because he offered—in a video that he shot—to buy human tissue, which is illegal. Although these charges were eventually dropped in July 2016, a lawsuit filed by Planned Parenthood against the pair is moving forward. 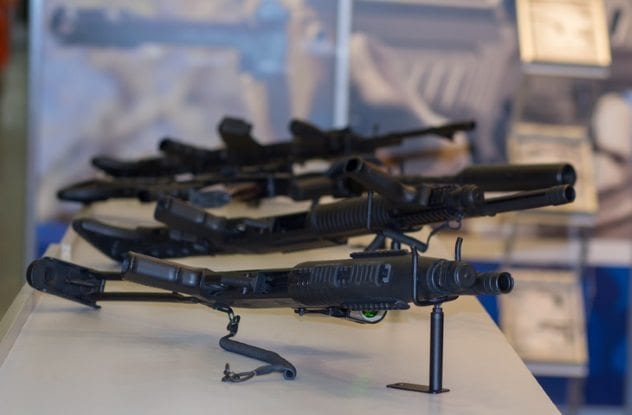 In the mid-2000s, before they’d moved on to busting confused, mentally impaired people in Milwaukee and across the nation, the ATF was busy trying to keep guns from crossing the border into Mexico and getting into the hands of the drug cartels. The nationwide project, centered in Arizona and Texas, did indeed result in a good number of seizures, but the unfortunately named Project Gunrunner proved to be even better at doing what its name implied: running guns.

The project’s strategy was to facilitate “straw purchases” of firearms (which is the illegal purchase of legally obtained guns) and then trace their path into the depths of the cartel, exposing the supply chain. The second part didn’t work out so well, but the operation did result in about 2,500 fresh guns crossing the border and plopping into the cartels’ laps, as estimated by an actual ATF agent. Since the bungled operation has come under fire, it has even been suggested that the ATF was attempting to boost the number of US guns being supplied to the cartels to justify their budget or even for political reasons.

Amazingly, this was not the only time that this incredibly flawed strategy came back to bite the ATF. 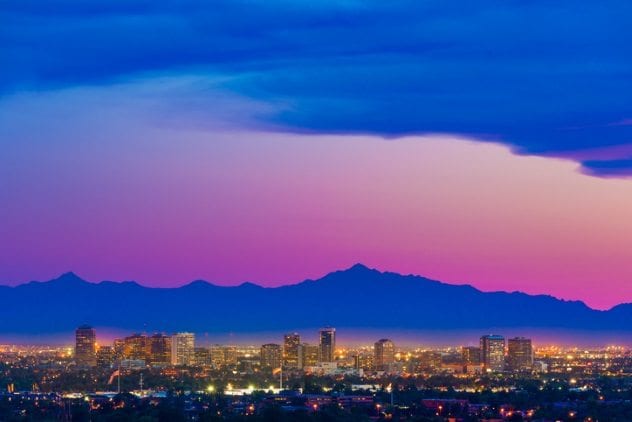 In 2009, an undercover operation began targeting several Phoenix residents thought to be moving guns. For years, undercover agents watched as guns flowed freely through safe houses, resisting every bit of their training to seize them as their superiors repeatedly told them to let the sales go through. By the end of what would become known as Operation Fast and Furious (because one of the suspects belonged to an underground car club) the ATF had let over 2,000 firearms cross into Mexico unimpeded.

The whole sorry saga of the “ATF Gunwalking Scandal” came to light after US Border Patrol agent Brian Terry was killed with a gun that the ATF had declined to remove from the streets. Many more firearms set free by the ATF have been found at crime scenes on both sides of the border. According to former Mexican attorney general Humberto Trevino, at least 150 Mexican civilians have been injured or killed as a result. 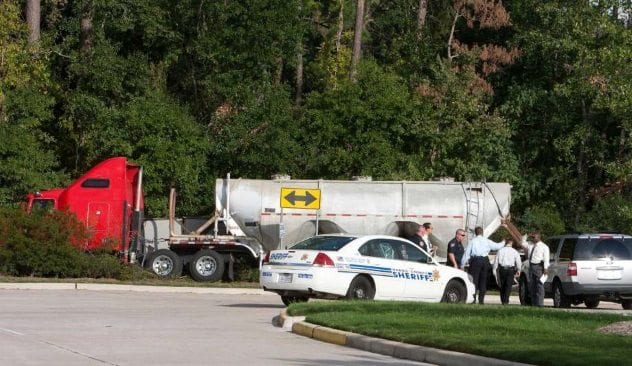 Early one morning in 2012, Craig Patty got the weirdest phone call of his life. The owner of a small North Texas trucking company with only two trucks, Patty found himself being informed by a business partner that one of his drivers, hired only five weeks before, had been shot dead inside one of the trucks, which had been loaded up with with enough marijuana to, well, fill a truck. Stunned, Patty tried to figure out how he could have fallen in with drug dealers—but he hadn’t. He had fallen in with an undercover DEA agent, who had been using the truck to try to bust smugglers.

The operation had gone spectacularly awry when said smugglers attempted to hijack the truck and its shipment, killing the undercover operative in a hail of bullets in full view of a dozen federal agents and local police. The officers involved, not all of whom knew each other, even ended up shooting at each other in the confusion, with one Houston cop wounding a sheriff’s deputy.

A lawsuit brought by Patty against the DEA for more than $1.3 million was dismissed in 2015, finding that the DEA was not even liable for his bullet-riddled truck. The decision is currently being appealed. 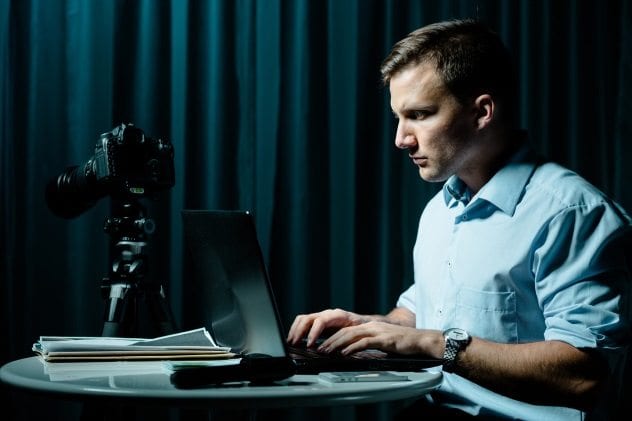 In 2013, Worcester, Massachusetts, police were conducting an online sting operation aimed at snaring child predators. Posing as a 14-year-old girl, an undercover agent began a conversation with a user going by the name Latenightcop171. Soon after the user began making sex talk, officers discovered his identity: Neil Shea, an officer in their department.

So, did they reel him in? Not exactly. The undercover agent was told to terminate the conversation, ostensibly because “no line had been crossed” and there was “insufficient evidence to pursue a criminal complaint.” That is, despite this exchange:

Also, after the conversation was terminated, Shea left a friend request for who he thought was his underage sexual prospect. While this may seem to indeed be sufficient evidence of the officer’s intent to pursue sex with a minor, the Worcester PD disagreed. Shea was allowed to resign and is free to collect his retirement benefits.