Are you aware that there is no Amazon rainforest anymore? Ok, that’s not true. But do you know what is true? There is a form of ethnic cleansing occurring in China right now. Corruption, disease, a growing income gulf, food shortages. How will the public even know about any of this unless clued-in, virtuous people decide to wear a brightly coloured lapel pin for a month? Many awareness campaigns work wonders to, well, raise awareness. Others, like the entries in this list, backfire. Hard.

Ribbons, ribbons, ribbons and wrist bands and badges, we’re changing the world one piece of apparel at a time, folks! have you seen a yellow ribbon on someone’s sweater recently? Maybe you have. Know what it means? Yup, neither do I. So, look it up. Ah, it could mean one of several things.

Perhaps the best example of this sort of messy messaging is the gray-coloured ribbon. It could be for Diabetes awareness month, maybe brain tumours. Perhaps the wearer is supporting increased awareness for borderline personality disorder. But, most likely nowadays, they’re raising Zombie Awareness, (check for neck beard and/or barbed wire wrapped baseball bat in their hand to know for sure). Confused? Let’s look at the month of November, what should we be aware of? Movember, right? Prostate Cancer and Men’s Health awareness, no? Well, it’s also Alzheimer’s Awareness month…and No Nut November, promoting abstinence…and COPD Awareness month…and National Novel Writing Month. So plenty to do, along with early Xmas shopping, Guy Fawkes Night (in Britain) and your job and family duties. Just make sure you don a gray ribbon so that people know you also care about the inevitable zombie apocalypse (even though that should be done in May).[1]

Dave Chappelle on the Jussie Smollett Incident | Netflix Is A Joke

We’ve all heard the story; Juicy Smulliet was a French actor who was subject of a rather implausible racially-motivated attack in January 2019 by two white supremacist Nigerian brothers in Chicago (the city known as ‘MAGA country’ since the 1871 fire), prompting a host of his celebrity brothers and sisters to speak out in support of him.

The real story isn’t much less ridiculous, in fact, I’ve barely changed anything except for comedic affect (thank you, Dave Chappelle!) The outpouring of support for the actor, whose testimony was quite obviously inconsistent and implausible, was immediate and telling. There was so much confirmation bias that the whole thing seemed orchestrated, not just the ‘attack’ itself. We can forgive our cognatively challenged, elite but guilt-ridden celebs, but politicians? No dice, I’m afraid. No sooner had the story gained traction, Democratic Senators Corey Booker and Kamala Harris had described the ‘attack’ as an attempted lynching, Booker going as far as trying to pass a federal anti-lynching bill. Good timing, eh? And all the while, nobody could locate Kanye West…(Dave Chappelle is the GOAT).[2][3]

8 Environmentally Friendly Seafood (Bought by the People who Already Know)

This is a sad case of preaching to the choir. Overfishing is a serious issue, whether you are an eco-warrior or not. So how could one expect to combat this phenomenon? First step, raise awareness. Maybe put an eco-friendly sticker on products that are from stable seafood populations? Sounds good, doesn’t it? Well, according to research, the only people who take the time to look for such stickers are people who already care about the cause and, furthermore, already know what to buy and not to buy. Corporation and state-level measures seem to be a better way o combat the issue in this case. Maybe the arming of supermarket frozen fish aisle workers? Ok, too far.[4]

Millenials, when they get to their late sixties, will look back at the song and app ‘Dumb Ways to Die’ like Boomers look back at Abba and Space Invaders at the gaming arcade. It was huge. I downloaded the game and hummed the tune on more than one occasion.

As awareness campaigns go, it was very effective, gaining many prizes and accolades to go with the millions of downloads. The problem? It didn’t quite work the way the Metro Trainsrail franchise in Melbourne, Australia intended it to. Not only was the original claim of a ‘20% decrease in risky behaviour’ a tad suspicious, some evidence suggests that the campaign served to take away the visceral nature, and even glamorize, suicide by rail.[5][6]

6 The Vaccine that fewer Kids get and the STD they probably will get. 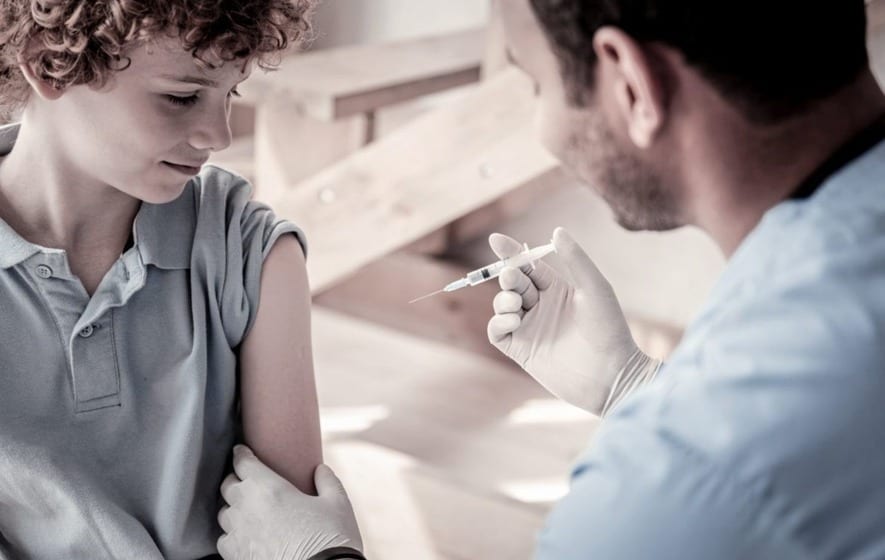 Do you want your child to have a potentially fatal disease? If you answered ‘no’, not only are you sane and I don’t need to call the authorities, but luckily there is probably a vaccine for to immunise your little tyke or tykette from contracting a fatal disease. One very effective vaccine is the HPV vaccine. So why do only around 49% of kids aged 11-17 in the US receive the vaccine? A bad awareness campaign certainly didn’t help.

When parents hear about this particular vaccine and the diseases it prevents, one question seemed to become a rallying cry against uptake—why do you assume my child is sexually active? The campaign seemed to force parents to face up to a (probably untrue and, to many, morally reprehensible) fact about their beloved little ones—they’re having sex. Along with the usual anti-vax campaigns, this one can be chalked up as a big loss for the medical community, underlining the dangers of mixing science, politics and values without providing a clear delineation or just focussing on . . . you know . . . the medical side of things.[7][8] 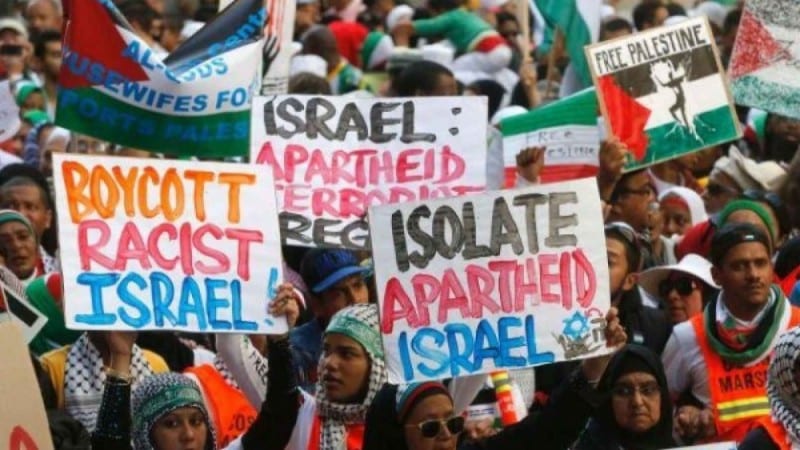 What? That was what must have been the first word uttered by supporters of the ‘Boycott, Divestment and Sanction’ movement against the state of Israel when the President of Palestine said he did not support their wide-ranging, global campaign. Ooft, that’s got to hurt. Well, at least rock legend Roger Waters of Pink Floyd fame supports the movement, right? Ok, that doesn’t really help…

Abbas did support a boycott of firms that operate out of the so-called ‘illegal’ settlements, the disputed territory where Israeli people have built homes. Makes sense. But Abbas, and many other people who oppose “Israeli aggression” and the BDS movement, realise that if Israel were to be brought to her knees economically, any possible outcome would be terrible for Palestine too. Well, it didn’t last. Abbas has since adopted the campaign as an official strategy of his administration. Yet another step towards peace in the Middle East. Wait…[9][10] 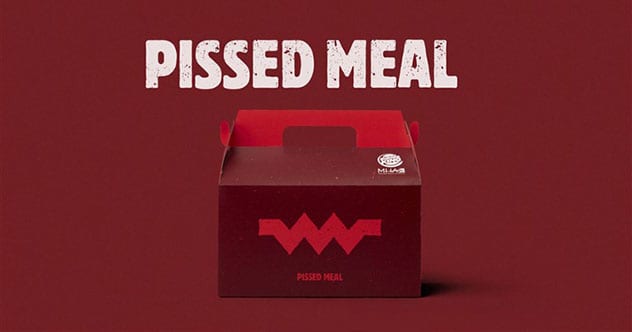 Does a ‘Happy Meal’ make you happy? That is one of the points of the beloved fast food offering aimed at kids, I mean, it’s in the name. What about a ‘pissed meal’, fancy one of those? One would expect such a meal to contain a cold chicken sandwich, an empty box of fries, a thumb in your soda and an action figure of Al Gore. I’d be pissed. Burger King’s “Rea Meals” campaign aimed to normalize and raise awareness about mental health. Not schizophrenia, Borderline Personality Disorder or Drug Abuse induced Psychosis, don’t be silly. The campaign wanted to let the world know that people can feel a little ‘DGAF’ sometimes, and that’s OK. It’s tough to imagine a campaign that downplays the very thing it’s trying to boost more than this one. Now shut up and eat your Whopper.[11] 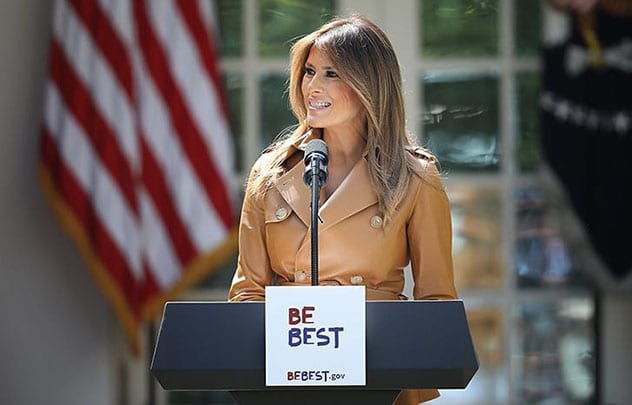 This entry seems like a worse decision than Juicy Smulliet’s (ugh, for legal reasons I’ll say this—suspected) hoax hate-crime. Melania Trump knows who her husband is, surely? Maybe this campaign to help, in part, improve the nature of social media use is aimed at President Trump and his Tweets. But, to avoid this list being labelled as ‘fake news’, I must immediately retract the previous statement…

All in all, it was a noble cause. In the words of Mrs. Trump herself: “As we all know, social media can be both positively and negatively affect our children, but too often it is used in negative ways…When children learn positive online behaviours early on, social media can be used in productive ways and affect positive change.” Alright, let’s just move on to the next entry.[12]

2 Anything Celebrities are Doing During the Covid-19 Pandemic

‘I Take Responsibility’: Celebs Pledge To Act Against Racism in New Video

Ooft, I think my cringe bone has broken. Ricky Gervais must be spinning in his, uh, house. The current pandemic has really exposed the tenuous grasp humanity has on everything from law & order to logic, reason and the truth. One thing everyone seems to agree on is that our modern day gentry, Hollywood celebs, are awful at doing anything except what they are famous for. Remember when actors just acted? Singers sang? Me neither. It seems that a Hollywood celebrity can be as famous for speaking out for some cause de jour as they are for whichever movie they’re starring in alongside Dwayne Johnson.

We covered much of this on Top 10 Tone-Deaf Celebrity Coronavirus Messages That Are Cringey AF, but if you don’t have time to check it out here’s a summary: first off they sang a song, (‘Imagine’ by John Lennon) which advocates for a world without borders and nation states…during a pandemic which, as has been shown, is better combated by closing borders. Along with a slew of instagram stories, YouTube clips, Tweets and TokToks showing celebrities going a little bit loopy during quarantine, we saw the single most cringe-inducing video in response to the BLM protests. If you can watch the clip above without spasming so hard your retina detaches, you’re a woker man than I, bucko. Or buckette. Nobody is pleased, commentary from all sides of the political compass deriding these clueless elites and their self-serving faux flagellating. This is not unique to the current period though, they’ve been at it a while. Stop. For the love of Snoopy. Stop.[13][14]

1 Lush take on the Police 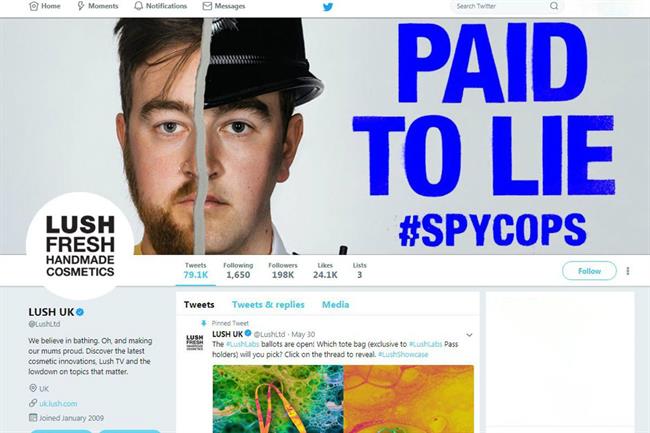 This is probably the most controversial entry, (yes, even after I’ve talked about vaccines, the dreaded ‘Orange Man’, and the Israel Palestine situation, but stick with me on this). Cosmetics and Toiletry company Lush have a history of taking ethical stances (albeit often self-determined). They tend to be supportive of environmentalist issues, animal welfare stuff, transgender pronouns, and anything your local Green Party will stand for, so will Lush. You may disagree with their opinions on any given matter, but they do tend to stick to certain principles. On the other hand, they sell bath bombs…why should we care what they think or tolerate being preached to by a corporation who sell Karma Kream body lotion?

The now infamous #SpyCops campaign, raising awareness of honey trap tactics used by police in Britain against environmentalist activists, certainly got people talking. In the main, the loudest voices were in support of the police, viewing the whole campaign as unfair and anti-police, too general in the messaging. Stats show, however, that Lush’s numbers didn’t take the hit that many commentators expected in light of the negative PR situation; defenders of the company are keen to point out that their numbers went up in the period after #SpyCops. But was that the point? I thought it was about spying cops? Ah, whatever, Karma Kream is lush, I’m off to the powder room.[15][16]