What makes people confess after they’ve gotten away with murder? Some are racked by guilt—haunted by ghosts of those they have laid low. Others are opportunists, who admit to vile acts only to reduce sentences, or even achieve immunity from prosecution. Still others are taken down by the confessions of their accomplices, family, or those they believe are friends. Occasionally authorities ignore the confessions of murders for years—even decades. 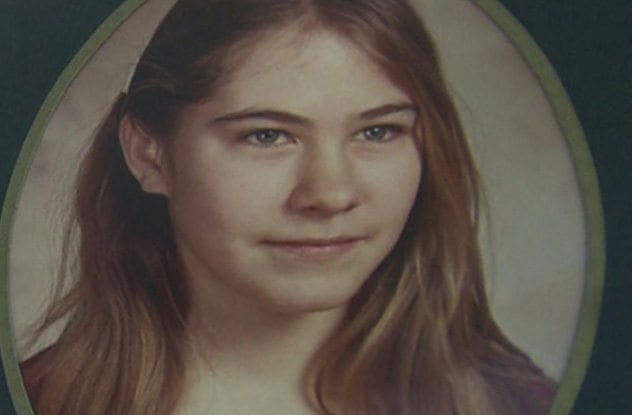 Last year, Jose Ferreira confessed to murdering Carrie Ann Jopek. Ferriera was racked with guilt over the 1982 slaying and claimed that his victim had haunted him for over 30 years. Ferriera, who was 17 at the time of the murder, admitted to pushing Jopek, 13, down a flight of stairs because she refused his sexual advances. The fall snapped her neck. In 1983, a contractor discovered her remains under a porch.

In October 2015, Ferreira called a crisis hotline and reporter at WISN 12 News in Milwaukee recounted the events that had taken place at a party in 1982. According to the criminal report, Ferreira shared marijuana with Jopek before suggesting they go to the basement. She refused. He pushed her down the stairs. He thought she was unconscious and had sex with her. Upon discovering she was dead, he buried her. Ferriera has been charged with second-degree murder.

9Immunity For A Monster 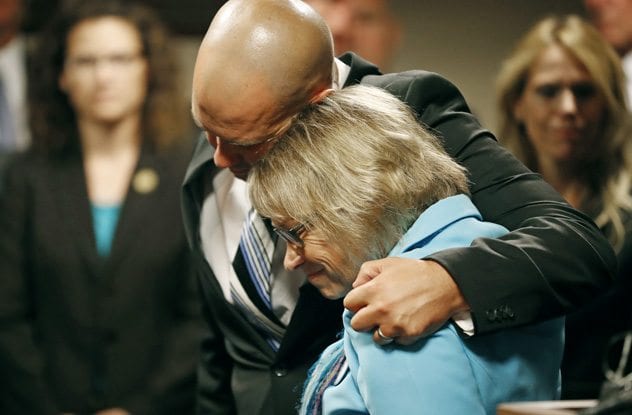 In October 1989, 11-year-old Jacob Wetterling went missing from St. Joseph, Minnesota. 27 years later, Danny Heinrich, 53, confessed to stalking, molesting, and shooting the boy as part of a guilty plea to federal child pornography charges. In August 2009, Heinrich led investigators to Wetterling’s remains. Heinrich had long been a suspect in Wetterling’s disappearance. However, a lack of evidence had allowed him to slip through law enforcement’s fingers.

25 years after the murder, police discovered DNA evidence that connected Heinrich with the sexual assault of a 12-year-old boy, which occurred nine months before Wetterling’s disappearance. The statute of limitations prevented prosecuting Heinrich for the perversion. However, when conducting a search of his residence, investigators discovered child pornography. The confession ensured Heinrich immunity from prosecution for Wetterling’s murder. According to the molesting monster, Wetterling was cold, confused, and terrified as he uttered his last words: “What did I do wrong?” 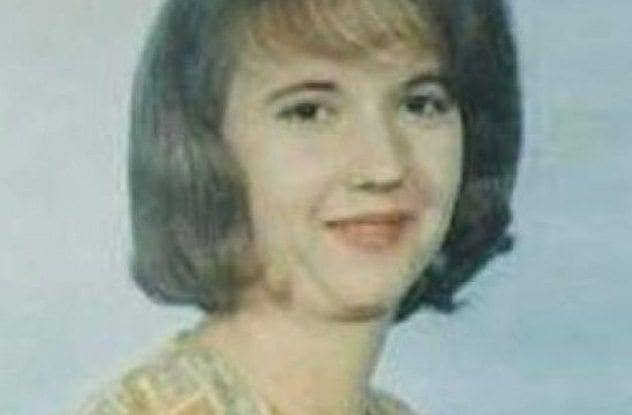 In July 1970, Loretta Jones was raped, stabbed 16 times, and strangled, while her four-year-old daughter watched. Heidi Jones hid behind a door and observed the horrors unfold through a keyhole. Arrests were made, but no charges stuck. The trail went cold for 40 years, until Utah detective David Brewer ran into Heidi and decided to re-examine the cold case. Working with news clippings and the eyewitness testimony of a four-year-old, Brewer began to carefully examine the evidence.

The case broke when Brewer contacted the girlfriend of Colorado resident Thomas Edward Egley. She had detailed knowledge of the murder and recommended that he pursue a DNA match with the evidence gathered from Jones. Before the tests came back, Egley confessed to the brutal slaying and destroying evidence. In October, Egley, 70, pleaded guilty to murder and was sentenced to 10 years to life, in accordance to the laws of 1970. 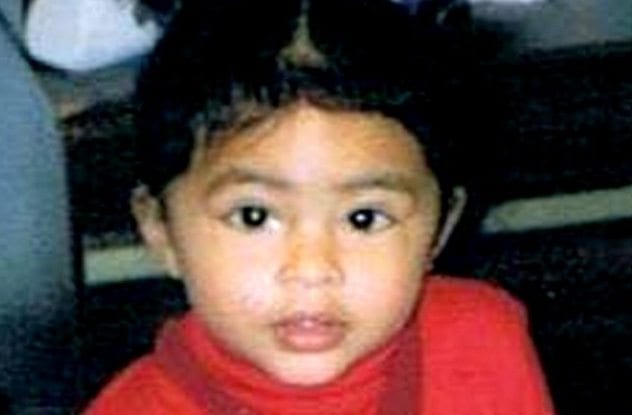 In April, New Zealand authorities arrested Kamal Reddy and charged him with a 2007 double homicide. The key evidence was a confession obtained by undercover police. Reddy’s partner Pakeeza Yusuf and her three-year-old daughter Jawairiyah Kalim were reported missing in 2013. Yusuf’s mother filed the report. She had not heard from her daughter in over six years. She had little sympathy for the martial abuse her daughter faced, having left an arranged marriage to be with Reddy.

Reddy confessed to strangling Yusuf with an electrical ironing cord and smothering Jawairiyah. He led undercover authorities to their shallow graves under Takapuna Landing Bridge on Aukland’s North Shore. According to his confession, Reddy murdered Yusuf because she had kicked him out of the house and was “telling stories” about him. The cause of death could not be determined. The only evidence connecting Reddy to the murder is his confession to undercover police. 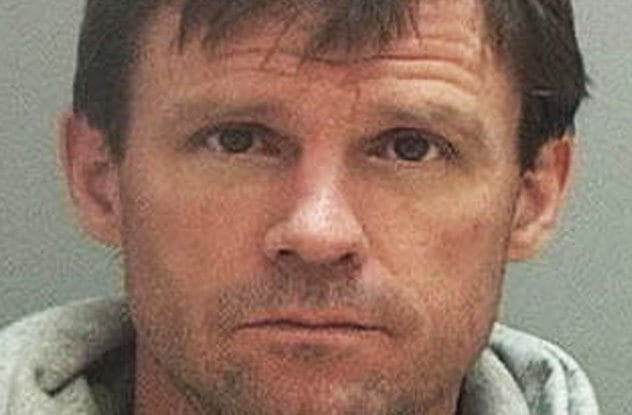 In August 1994, the body of Robert Bushey was discovered in his trailer in Kelso, Washington. The autopsy revealed that Bushey, 49, had been struck in the head with a hammer and stabbed 53 times. The case remained unsolved for 22 years. Last March, Brandon David Wright, 45, marched into a Salt Lake City police department and confessed. At the time of the murder, Wright was a Utah resident but had been in Kelso for a “short period of time” leading up to the incident.

Wright confessed to breaking into Bushey’s trailer while high on meth. Bushey surprised him. Wright revealed that he drove to Portland after the murder and tried to commit suicide via heroin overdose. Wright was never a suspect and without his confession, it is unlikely he ever would have been brought to justice. In September, Wright pleaded guilty to second-degree murder and received a 17-year sentence. 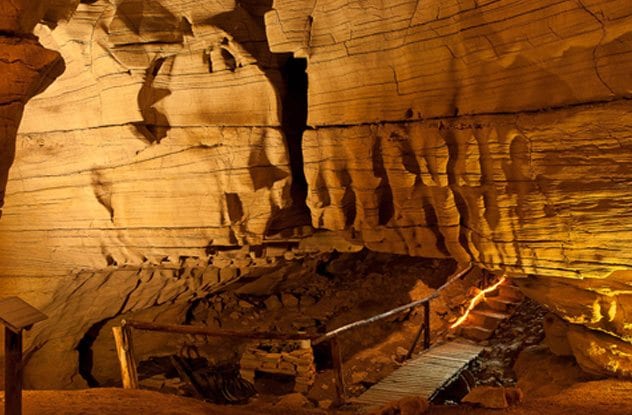 In July 1989, spelunkers discovered the corpse of Thomas Jones Jr in Kentucky’s Saltpeter Cave. There was a bullet hole in his skull. Jones had been missing since May 1988. For 25 years, the case would remain unsolved until Pam Rhinehart alerted authorities that her uncle had confessed to the murder in 2014. Hours before his death, Larry Sherrard confessed, claiming: “I don’t want to go to hell.”

Rhinehart took care of her uncle for eight months before his deathbed confession. Sherrard revealed to Rhinehart that he had shot a man, rolled him in carpet, and disposed of the corpse in a cave. What’s more, Sherrard admitted to two murders and claimed he had accomplices. The identity of the other victim and his co-conspirators remain unknown. Sherrard blamed the brutality on drugs, which he struggled with for decades. He revealed that the slayings occurred during a deal gone wrong. 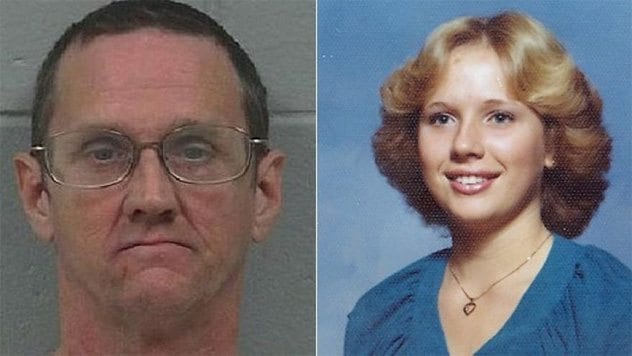 High schooler Joyce McClain was last seen jogging on August 8, 1980. Two days later, the 16-year-old’s corpse was discovered in a clearing near Millinocet, Maine. She had been stripped to her sneakers and socks, strangled, and bludgeoned. For 35 years, the case remained unsolved. Last March, Maine authorities arrested and charged Philip Fournier, 55, with the murder. According to an affidavit, Fournier had confessed to the crime multiple times—to his pastor, his parents, friends, and even police.

Multiple witnesses placed Fournier near the track where McClain had last been seen. Despite being questioned 27 times, Fournier was never officially charged. In 1981, he told investigators that he raped McClain and murdered her with a telephone insulator. However, he indicated that he had trouble deciphering fantasy and reality because of an automobile crash he suffered hours after the murder. Fournier has previous convictions for burglary, theft, and child pornography. 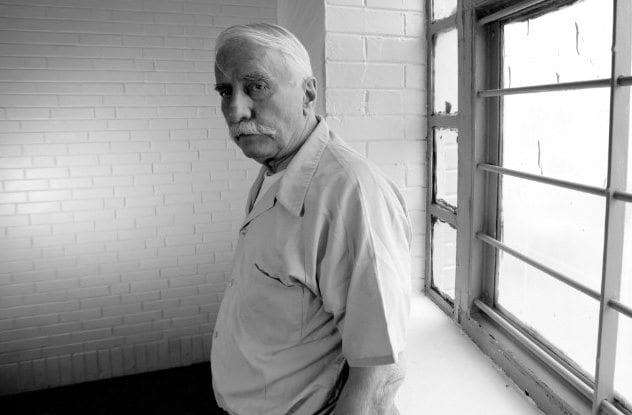 In December 1957, seven-year-old Maria Ridulph vanished while playing in the snow. The following April, Illinois authorities discovered her remains in a field 120 miles away. Maria had been stabbed and strangled with wire. According to her friends, she had last been seen taking a piggyback ride from a stranger named “Johnny.” Investigators explored over 100 suspects but were unable to make a case.

In 2012, the alleged culprit’s mother confessed that she had lied to authorities about her son’s alibi. Authorities arrested Jack McCullough, 73, and charged him with Maria’s murder. McCullough, who was 17 at the time, was given a rock-solid alibi by his parents. They claimed he was 40 miles away in Rockford. McCullough was convicted and sentenced to life in prison. However, Judge William Brady released McCullough from prison and granted him a new trial after discovering “clear and convincing evidence” that McCullough was wrongly convicted. 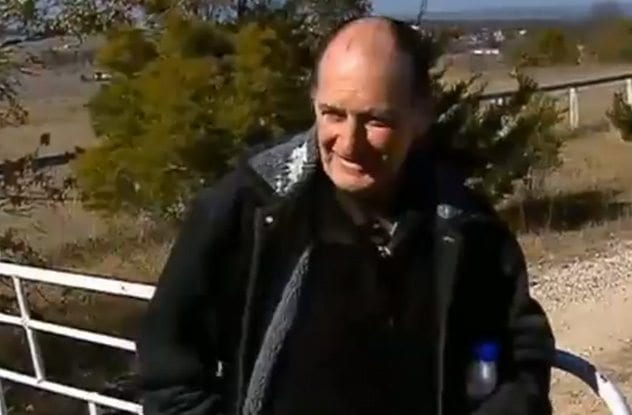 In 2011, on his deathbed, Australian gangster Billy “The Mouse” McCulkin confessed to the 1974 murder of his wife, Barbara, and two daughters, Vicki Maree, 13, and Barbara Leanne, 11. The trio disappeared from their cottage on January 6, 1974. Billy was initially considered a suspect but was cleared by police. Based on Billy’s confession, his accomplices, Vincent O’Dempsey, 76, and Gary “Shorty” DuBois, 68, were arrested and charged with the murder.

Prosecutors allege that DuBois, O’Dempsey, and McCulkin were members of the Clockwork Orange Gang. They believe the crew murdered Barbara because she knew too much about their involvement in the February 25, 1973, firebombing of Tornio Nightclub in Brisbane. Billy had taken up with another woman, and they feared his scorned ex. Barbara allegedly threatened to reveal what she knew and could potentially connect the gang to a firebombing at the Whiskey Au Go Go that killed 15 people. 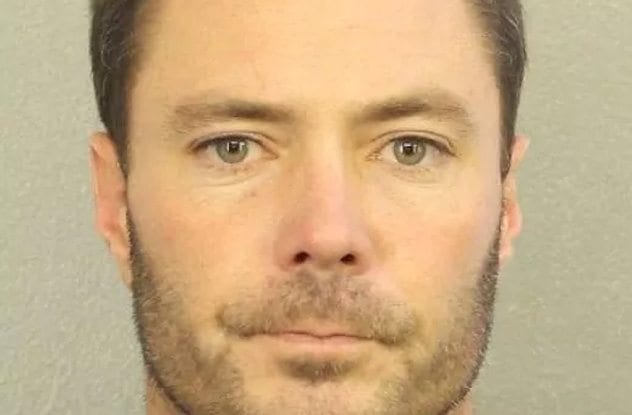 In April 2002, Florida police found Richard Busey’s body bludgeoned to death in his apartment. The case was ice cold, when Joshua Odom, 38, turned himself in to Iowa police in September 2016. Odom was living at a Des Moines homeless shelter and indicated that God told him to confess.

Odom had been invited over to Busey’s apartment for drinks and sex. Odom robbed Busey to buy crack-cocaine. He struck the 69-year-old in the head with a vase and strangled him. Fingerprints collected from the crime scene match Odom’s. In 2002, an anonymous tipster indicated that a man with a chest tattoo named “Josh” had been seen at Busey’s apartment. Investigators followed the lead but never developed a suspect. The day after the murder, Odom, who has a chest tattoo, was arrested for stealing beer. His hands were “swollen and discolored.” He was released and fled the state.

10 Gripping Facts About Women In Prison