Part of the reason we’re so interested in the life stories of the rich and successful is because we want to know how they got to where they are today. We’re looking for steps that we can follow so that we can reach the dizzying heights our heroes have achieved. 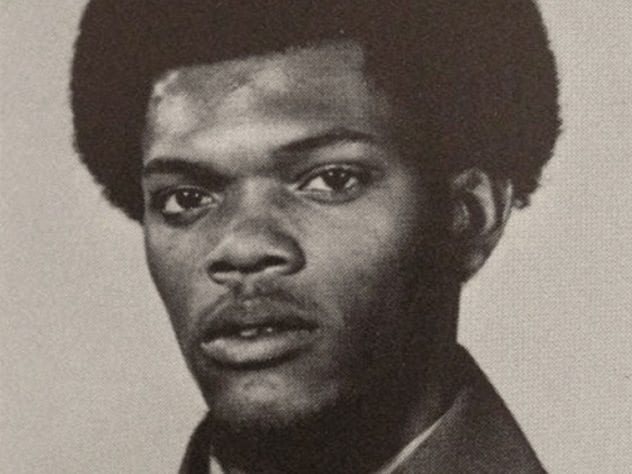 Photo via Watch The Yard

When the Reverend Dr. Martin Luther King Jr. died, it affected the young Samuel L. Jackson. He had been inspired by the reverend’s words. He wanted to make Dr. King’s dream of a better world a reality. So he did what he thought Martin Luther King would have wanted: He held his father hostage.

At the time, Jackson was a student at Morehouse College, a school that had Martin Luther King Sr. on its board of trustees. Morehouse nearly exclusively enrolled black students, but it was almost entirely run by white people. Jackson thought that needed to change, so he and some friends got some guns and held the college board, including King, hostage until they agreed to hire more black staff. This, oddly enough, was not the first time Jackson had met King’s father. Jackson had served as an usher at Martin Luther King Jr.’s funeral.

Jackson was expelled and charged with unlawful confinement, but it could have been worse. Afterward, he became a person of interest for the FBI. His mother sent him to Los Angeles, terrified that her son would soon meet his end—and there, Jackson’s acting career began.

The most prolific modern actor alive never would have landed a single role if he hadn’t detained the father of a Civil Rights activist against his will.

9 Bob Ross Was A Master Sergeant 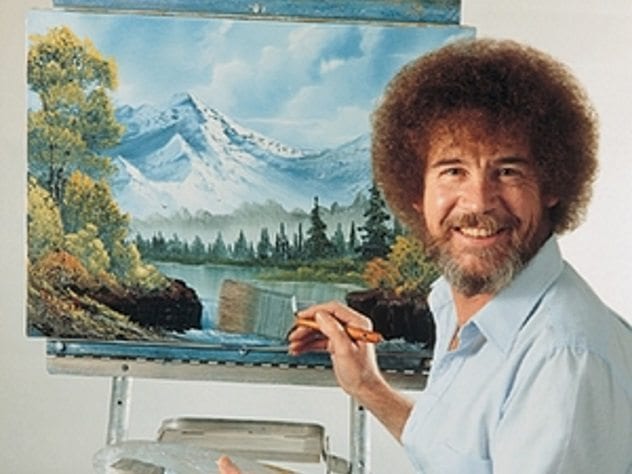 Bob Ross, the soothing, curly-haired man who painted happy little trees, used to have the absolute last job you’d ever expect: He was a master sergeant in the US Air Force. “I was the guy who makes you scrub the latrine, the guy who makes you make your bed, the guy who screams at you for being late to work,” Ross has said. “The job requires you to be a mean, tough person.”

It’s hard to imagine, during his 20 years in the Air Force, Ross screamed at people for a living. He was a strict, angry man—and not just because it was his job. When it came to yelling at people, Ross went above and beyond. His nickname was “Bust ‘Em Up Bobby.”

When he got out of the Air Force, Ross never wanted to scream again, so he became the exact opposite of who he was. He got a job teaching painting on a public-access TV show and became the mild-mannered man we know and love today.

8 James Cromwell Was In The Black Panthers 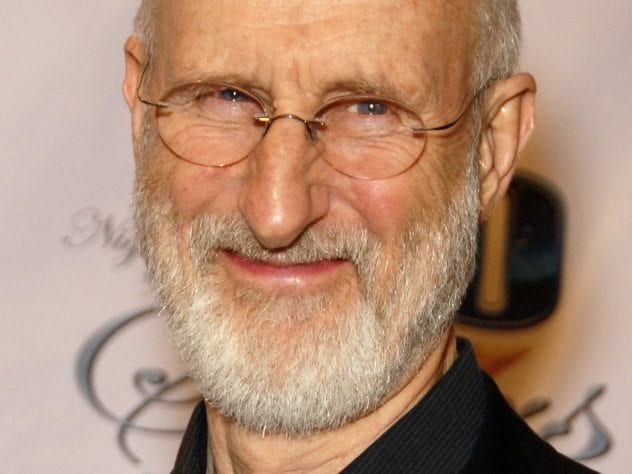 James Cromwell, the actor best-known for playing the farmer in Babe, is probably that absolute last person you’d expect to see in the Black Panthers. Believe it or not, though, he actually played a major role in the black rights movement.

While Samuel L. Jackson was going around kidnapping members of the King family, Cromwell was on the Committee to Defend the Panthers. He and a group of other sympathetic activists were working to free 13 Black Panthers who had been jailed in New York for conspiracy, and they succeeded. Cromwell was also traveling around the South, working with an integrated acting group. One of his first major acting jobs was performing with black actors and making speeches about civil rights.

Even today, Cromwell is a major activist and supporter of the Black Panther Party. As recently as 2004, Cromwell went on record saying, “I don’t think we would have the kind of prison population now and what happens in this country with the gangs if the Panthers had been allowed to continue what they decided to do, which was basically empower black communities to take back their self-control.” 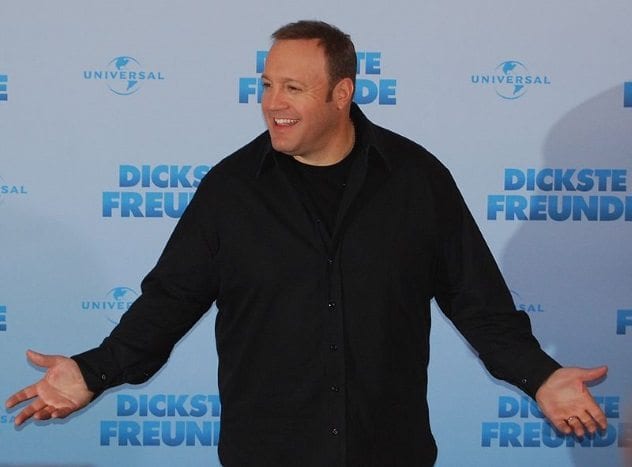 When he was in high school, future King of Queens star Kevin James wrestled, and he was good at it. He was the top-ranked wrestler at his school, which is particularly impressive, considering who was in second place: future WWE heavyweight champion Mick Foley.

Foley and James were wrestling partners, and James usually won. Foley says that when they were teenagers, James was “the toughest kid in school” and one of the only people he knew who could bench-press 136 kilograms (300 lb).

James’s wrestling came to an end when he got a back injury—a moment that bumped Foley into first place and might have been responsible for giving him the confidence to become a wrestler. That didn’t stop James’s sports dreams, though. He kept pushing for a football career until another injury took him out, and then he settled for a life as a millionaire comedian. 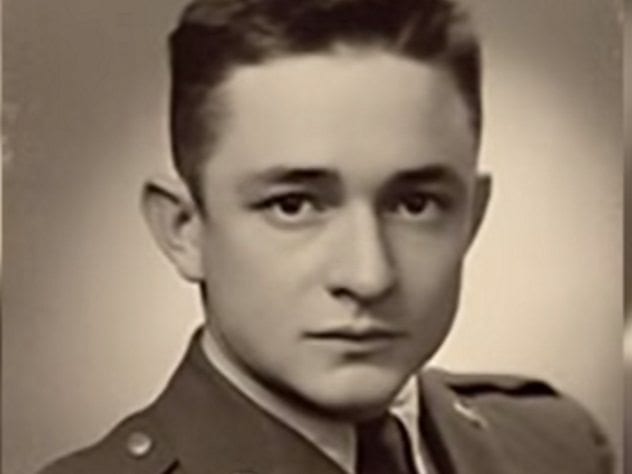 Photo via The Vintage News

When he was 18 years old, Johnny Cash enlisted in the US Air Force and found himself in West Germany, serving on the 12th Radio Squadron. Cash, apparently, had a natural gift for deciphering Russian Morse code, and he ended up one of the Air Force’s leading code readers. Cash played a major role in some huge parts of history. He traced Soviet jet bombers and cracked coded messages, including the first message announcing Stalin’s death.

On March 5, 1953, Cash picked up a message reporting that Joseph Stalin had died. He was the first American to hear it, and when he reported it to his superiors, he became the man who broke the news to the United States. And because of the top-secret nature of his work, he could never tell a soul.

. . . Until 1997, when he wrote about it in his autobiography and told the entire world. But by that point, he was Johnny Cash, and nobody was going to stop him from doing anything.

David Bowie made his first appearance on television in 1964, at the young age of 17—but not as a musician. Instead, Bowie appeared as an activist, speaking out on behalf of long-haired men everywhere. Flanked by a group of solemn long-haired men, Bowie told the host of Tonight that, “We all like long hair, and we don’t see why other people should persecute us because of this.”

Long-haired men, Bowie declared, were discriminated against. They were mocked. They were excluded from work. “I think we’re all fairly tolerant,” Bowie said, “but for the last two years we’ve had comments like ‘Darling!’ and ‘Can I carry your handbag?’ thrown at us, and I think it just has to stop now.”

Bowie’s society announced their plan to march against intolerance, which they probably never really intended to do. The appearance was almost certainly a publicity stunt, but it remains the first taste the world got of David Bowie, not as a musician but as a political activist.

4 Ted Nugent Dodged The Draft By Pooping His Pants 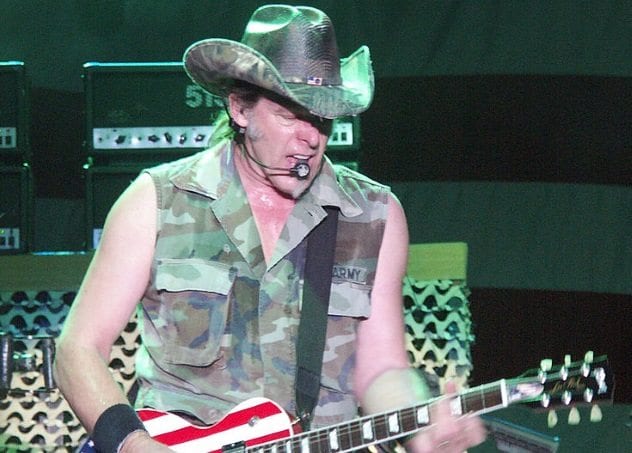 The world could have lost conservative, politically charged rocker Ted Nugent in the Vietnam War—if he hadn’t dodged the draft.

In what has to be one of the most disgusting stories in human history, Nugent avoided fighting the Vietnamese by completely giving up on personal hygiene. He wasn’t opposed to the war, but in his own words: “Do you think I was gonna lay down my guitar and go play army? Give me a break! I was busy doin’ it to it.”

So, 30 days before his physical, Nugent stopped washing. With two weeks to go, he stopped eating anything but junk food. And one week before the physical, he stopped going to the bathroom. “I did it in my pants,” Nugent proudly told an interviewer. “Poop, piss, the whole shot. My pants got crusted up.”

Finally, Nugent snorted a little crystal meth and went into his physical, where he promptly got kicked out. He then bragged about it to a magazine.

The strangest part of this is how proud of this story Nugent is. “I’d make an incredible army man,” he said, “but I just wasn’t into it. I was too busy doin’ my own thing, you know?”

3 G.G. Allin’s Father Thought He Was The Messiah 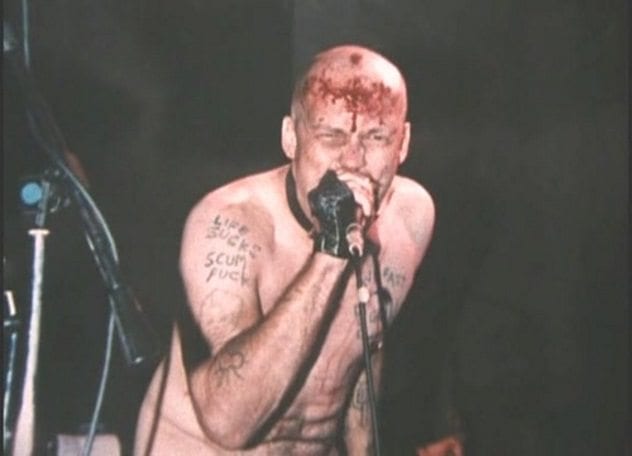 Photo via The Weirdest Band in the World

G.G. Allin was one of the most obscene rock stars in history. He would beat himself bloody with broken bottles. He urinated onstage. He took laxatives before performing. He took filth to new extremes, which must have been a surprise to his father, who was pretty sure that G.G. was going to be the second coming of Christ.

Allin’s father was so sure that his son was the messiah that he named him “Jesus Christ Allin.” He had a vision in which Jesus came and told him that he would reborn in his son, and he forced his wife to sign papers calling their boy “Jesus Christ.”

His mother got a divorce and legally renamed him when he went to school, but Allin was already pretty messed up. He ended up in special ed classes and was held back a year, and he didn’t exactly grow up to be Christ-like. Still, if it hadn’t been for the mental damage that came with having a father who names you “Jesus Christ,” G.G. Allin may never have become the notorious rocker he grew up to be.

2 Liam Neeson Was A Teacher Until He Punched A Student 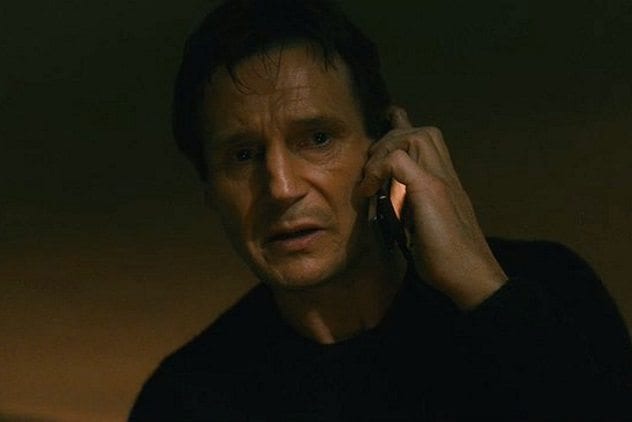 Photo credit: 20th Century Fox via Views from the Sofa

Before he became an actor, Liam Neeson was training to become a teacher. He spent two years in a teacher education program until an internship went wrong.

The class had gotten out of control, and Neeson was struggling to get them to listen. A 15-year-old student, whom Neeson described as “a big guy,” wouldn’t calm down no matter what Neeson tried. Neeson told him to leave the classroom and stand outside.

The 15-year-old responded by pulling a knife on his teacher. Neeson reacted quickly and punched the student in the face, “which I shouldn’t have done,” he would later admit, “but I felt threatened.”

Afterward, Neeson gave up on his teaching dreams and become an award-winning actor. Neeson says that acting is significantly easier than teaching a class full of kids, which he calls “the most difficult job I’ve ever tried to master.”

1 Bizzy Bone Was Abducted As A Child

Bizzy Bone made his first appearance on TV long before his first music video. When he was four years old, he showed up on America’s Most Wanted as a missing child, and he was one of the first children the show helped rescue.

Bizzy was kidnapped by Byron McCane, the biological father of his older sister. Byron told Bizzy that his mother and grandmother had died and took him and his sister to a reservation in Oklahoma. Byron forced Bizzy to beg for food and made him hide under clothes whenever police passed by. He also took him to a strange family’s home, where he allowed Bizzy to be sexually assaulted by a 12-year-old boy.

By chance, a neighbor who knew Bizzy saw his face on TV and called the cops. After two years of thinking she was dead, Bizzy was reunited with him mother. His story is remarkable on its own, but it’s even more amazing since he went on to be a Grammy Award–winning musician.