The following list is not intended for readers with delicate sensibilities. You may even want to stop eating before you read further. However, those of you brave enough to venture forward will find that your own experience of immense diarrheal embarrassment hardly compares to the unfortunate and malodorous individuals mentioned below. 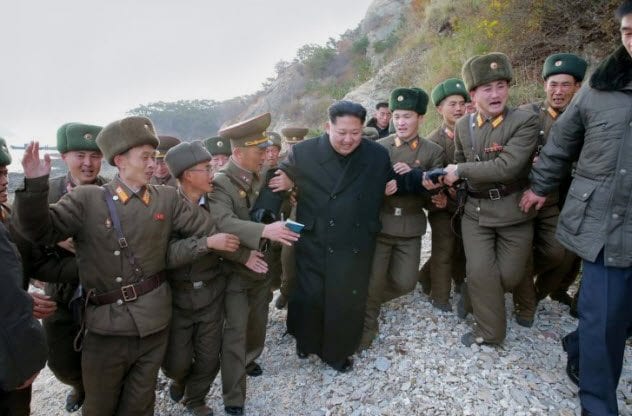 In 2016, Typhoon Lionrock hit the Hamgyong Province of North Korea and caused massive floods that obliterated the majority of the country’s crops. Officials who toured the hard-hit region informed Kim Jong Un that the border guard soldiers were not receiving an adequate diet.

Thus, the sociopathic leader ordered upgraded meals so that the guards “would not envy a Chinese person.” Soon enough, the soldiers’ dietary deficiencies were supplemented with “materials” intended to improve the quality of food for the armed forces.

Unfortunately for Kim’s faithful—and perhaps terrified—troops, the upgraded food supply was tainted. Aside from the Japanese sandfish that was reported to have a “weird smell,” iron powder and threads from a military training camp had been accidentally mixed in with the food.

As if the famished soldiers weren’t frail enough to begin with, they were now stricken with terrible bouts of diarrhea, only adding to their “envy” of the well-nourished Chinese. The aromatic incident reportedly caused an uproar and, most certainly, an increase in the production of underwear for Kim’s devoted soldiers.

9 The Moment The Music Died 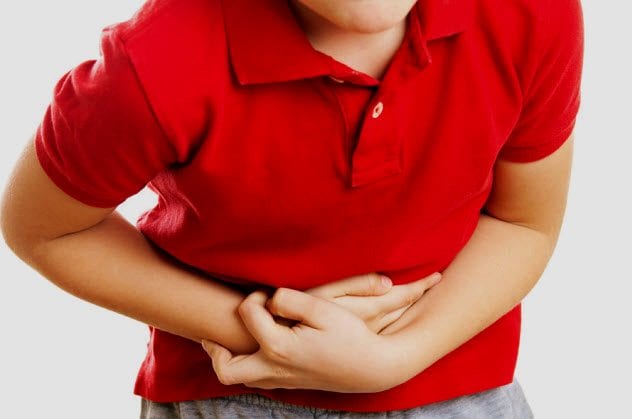 What was supposed to be a joyous three-day field trip in 2016 turned into a pungent nightmare for an eighth-grade class from Isaac E. Young Middle School in New Rochelle, New York. On their second day in Washington, DC, the group of 68 students was having dinner on a boat while taking in the sights at the nation’s capital.

Around 9:00 PM, the youngsters, many of whom were dancing on the dock, began to release their bowels. This brought the music and their awful dance moves to an abrupt and wet end, literally!

Several students took to social media—which seems outlandishly common in today’s society—to document their bathroom adventures that went well into the early morning hours. What is believed to have been a bad case of food poisoning ultimately caused 22 students to stain their shorts. Ten of them had to be hospitalized for dehydration. 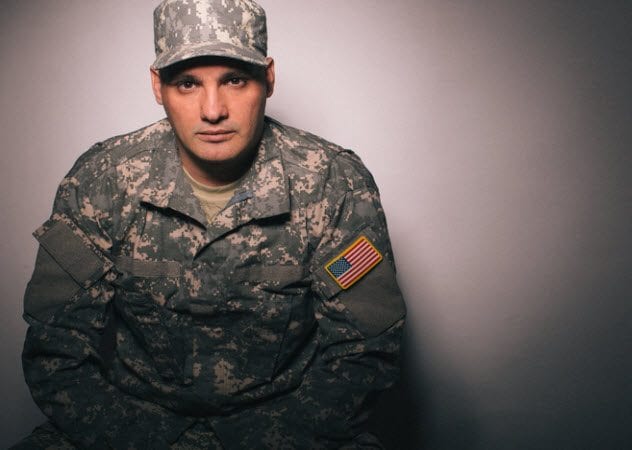 During the Civil War, there was an unwritten code of honor that forbade firing upon any man “attending to the imperative calls of nature.” Clearly, such etiquette is not afforded to soldiers in present-day battlefields, leading many to take prophylactic Imodium or antibiotics before a mission.

In Afghanistan and Iraq, 32 percent of soldiers have been stricken with diarrhea while in the battlefield—and twice that for Special Ops. Although such scenarios are nothing new for soldiers during war, the military has come a long way from the days when dysentery was considered more fatal than a bullet.

During the Civil War, 95,000 soldiers died from diarrhea. Meanwhile, the Mexican War of 1848 saw US soldiers succumb to diarrheal diseases seven times as often as those who were killed from battle injuries. Despite medical advancements, diarrhea continues to impact soldiers engaged in operations, often compromising the mission’s objective.

Case in point: During a flight over Taliban-controlled Afghanistan, the only crew member capable of operating the plane’s defensive equipment found himself glued to the aircraft’s toilet seat. The situation only worsened when a faulty seal caused the toilet to overflow into the crew cabin, causing a “blue-brown precipitation” that affected the navigator’s ability “to concentrate on his duties.”

7 Trapped In The Sky 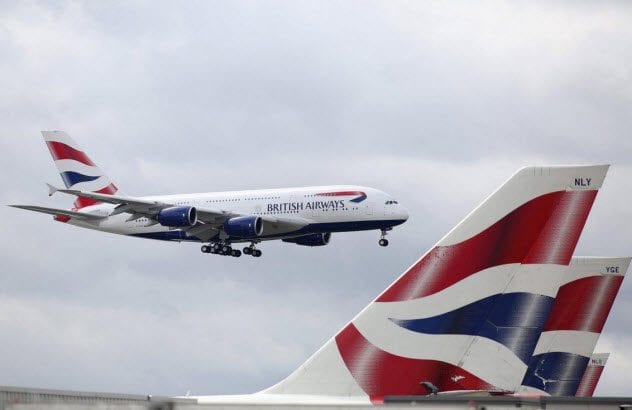 Flying long-distance is seldom fun, especially when the entire airplane reeks of feces. In 2015, that happened to a British Airways flight to Dubai when one passenger’s use of the toilet caused a putrid aroma to permeate the plane. Fortunately for those passengers, the captain turned the plane around and headed back to London.

Such an option was not afforded to those aboard a Qantas flight from Chile to Australia in 2013. At some point during the 14-hour flight, 26 passengers were hit with explosive diarrhea, causing many of them to fight over the eight toilets available.

Upon their arrival in Sydney, the loose and leaky passengers were quarantined and 16 were taken to the hospital on stretchers. Those who fell ill were part of a tour group who had contracted the norovirus, an extremely contagious stomach bug. Aside from airing out and disinfecting the flying landfill that was once a 747, Qantas advised all remaining passengers to keep a close eye on their health and hope for the best. 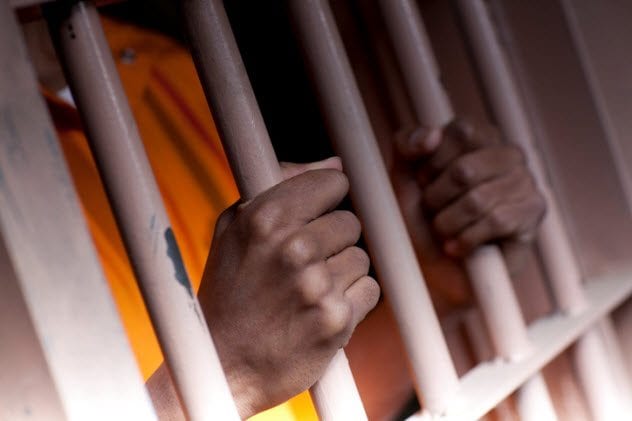 In 2013, Ronald Strong, 50, appealed his one-week jail sentence from a Maine district court after being found guilty of creating a hazard and willfully damaging federal property. According to testimony provided by the custodian who discovered the mess, Strong had badly soiled a courthouse bathroom, leaving 75 percent of the floor covered in feces and fecal matter smeared 0.6 meters (2 ft) up the walls.

Strong, who adamantly denied any intentional wrongdoing, claimed he was simply a victim of an adverse side effect of heart medication. Regardless of the cause of Strong’s incontinence, the court of appeals was more interested in how he could have unintentionally left the facility covered in poop.

According to Strong, “I don’t know if you’ve ever spilled spaghetti sauce and there’s meat, you’re trying to get it up as quick as you can.” It’s unclear as to how Strong intended for that delightful description to help his case. However, the judges upheld the original ruling stating that the extent of the mess indicated a deliberate act of vandalism. 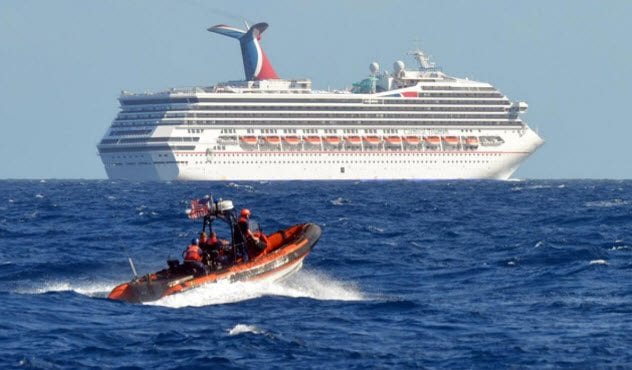 Viral outbreaks, power outages, engine fires, and floating adrift are all nightmarish scenarios aboard cruise ships that no traveler would foresee occurring on a dream vacation. However, all of them happened on the ill-fated Carnival Triumph in 2013.

An engine fire had left the vessel floating adrift in the Gulf of Mexico. Its 4,200 passengers endured a shortage of food and water, no power, and overflowing toilets.

One passenger testified during a civil lawsuit that her injuries were not physical but psychological. She described how she would slip and slide while walking through dark hallways filled with “water and feces and urine, no telling what else” for days on end.

If things couldn’t get any worse for the now infamous “poop cruise,” bring on the diarrhea. Finding a functional toilet was like discovering a water well in the middle of the Sahara, leaving one no choice but to release their bowels at the most inopportune moment.

Given the crowded decks and hallways that were now designated port-o-potties, it’s hard to imagine that anyone was able to find love on what should have been a romantic getaway. In the end, the once-glorified ship, which had become nothing more than a floating turd, docked several days after the fire, leaving many with less dignity and body fluid. 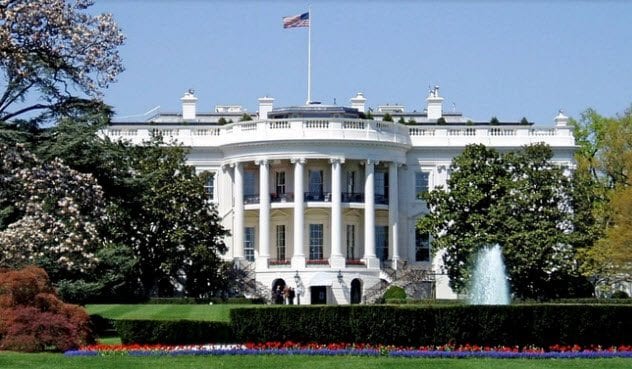 During the mid-19th century, it is highly likely that the White House water supply was contaminated by a depository several blocks away that collected human feces from cesspools and outhouses. It is believed that this caused the sudden deaths of President William Henry Harrison (1841), James K. Polk (1849), and Zachary Taylor (1850).

All three men had suffered from frequent bouts of “explosive” diarrhea while in the White House. At times, it was so severe that it rendered the leaders unable to move. As described by Polk, such violent and painful forms of diarrhea could most likely be attributed to gastroenteritis.

The mere fact that the closest body of water was being contaminated with sewage could very well explain the unknown infirmities plaguing not only Harrison, Polk, and Taylor, but Thomas Jefferson as well. In fact, Jefferson stated that it was not until he had moved into the White House that he suffered from diarrhea for the rest of his life. Ultimately, it left him dehydrated and bedridden until his death in 1826. 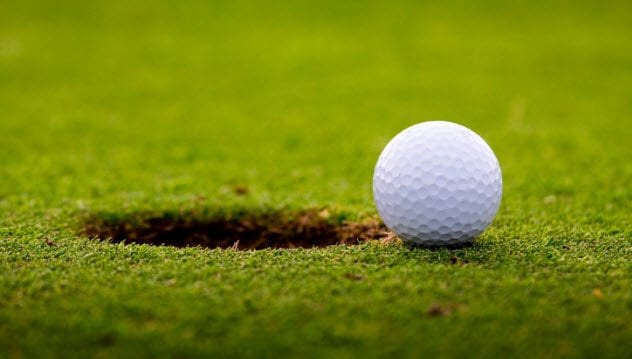 Although this next case does not specifically pertain to diarrhea, the bizarre particulars concerning Norway’s most sought-after poop scoundrel are impossible to ignore. For over 10 years, the unidentified culprit has been defecating in holes on a Norwegian golf course, leaving groundskeeper Kenneth Tennfjord to clean up the mess.

Here’s what we know about the sentimental offender: He poops only on weekdays, he has a “couple of favorite holes,” and tire tracks found at the scene indicate that he rides a bicycle. Last but not least, the perpetrator is believed to be a man because “the poos are too massive to be from a woman.”

Attempts at capturing the culprit have proved futile. After officials installed floodlights on the course, the dedicated wacko dismantled them, allowing for a tranquil environment in which to do his business. The man’s motives are unclear, and it is even more uncertain if justice will ever be served in this decade-long Norwegian mystery. 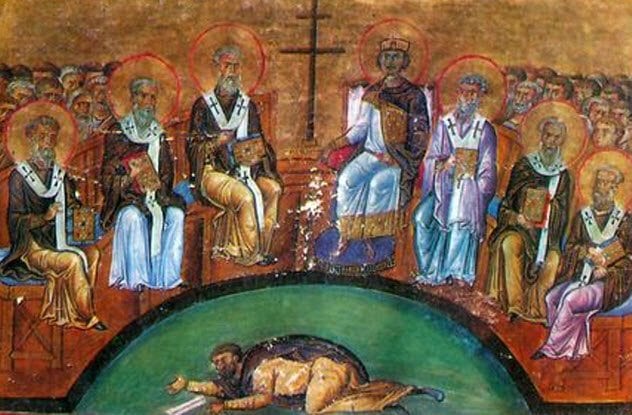 During the fourth century in Alexandria, Egypt, lived a Libyan priest named Arius who was on the losing side of a controversial and condemnable belief. Arius argued that “Jesus’s wisdom and teachings were far more important than His death and resurrection” and though He was undoubtedly divine, He was less than a God.

Arius’s archetypal sacrilege made him tremendously popular among the townspeople, unlike his relationship with the city’s main bishop, Alexander. He accused Arius of heresy and cast him into exile.

Legend has it that Arius’s death was due to a “divinely inflicted” intestinal upset, having been seized by the ailment while on his way to church for a meeting with Bishop Alexander and the emperor. Authors during the Middle Ages described Arius’s death as no ordinary attack of diarrhea.

He violently excreted both waste and intestines from his mouth and anus. The horrific scene, which left the exiled priest lying dead in a public latrine, was said to have been retribution for his blasphemous sins. 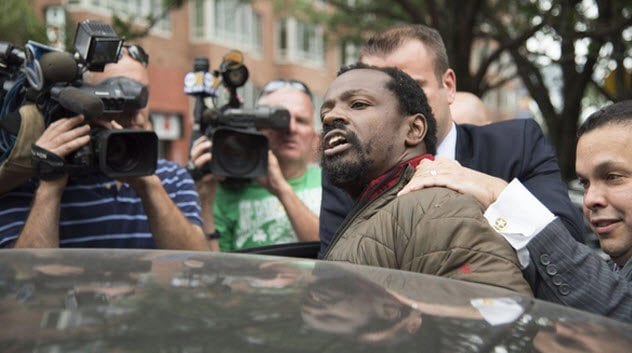 Maybe he wasn’t hugged as a child, or perhaps he’s just a misunderstood prankster. Either way, Ekwan Hill, 42, will have to answer to Manhattan’s Special Victims Unit for assaulting two women in the most romantic way.

It all began in 2016 when Hill randomly struck a 33-year-old woman in the face and torso with his feces. Two hours later, the deranged Hill groped another woman’s buttocks after sneaking up behind her and disposing of his own waste in her pants.

Grossed out yet? It gets better.

After throwing leftover excrement at a witness, Hill fled on foot, only to be arrested a short time later at a Brooklyn homeless shelter. When questioned, Hill claimed that “God did it.” Then Hill explained that his filth was “a Farrakhan thing.”

At the shelter for the mentally ill where Hill resided, fellow residents said that Hill, a man with bad body odor, had a penchant for being a “scumbag” and was most likely the culprit who had spread poop all over the mirrors, walls, and floors of the community bathroom. Hill was ultimately charged with sexual abuse and assault.

10 Explanations For Everyday Things Your Body Does