The Japanese ninja of the 15th and 16th centuries remain the most well-known ninja in history. But what is known about them? In many ways, they were highly successful in keeping their lives and skills secret. Ninjutsu—the art of stealth, combat, and infiltration—was carefully passed on.

Today, the idea of the ninja has been so thoroughly embellished that the only agreed-upon fact is that only part of what we know of ninja is true. The mystery of ninja has yet to be fully solved, and there are many reasons why that will never change.

10 People Got It Wrong Then, Too 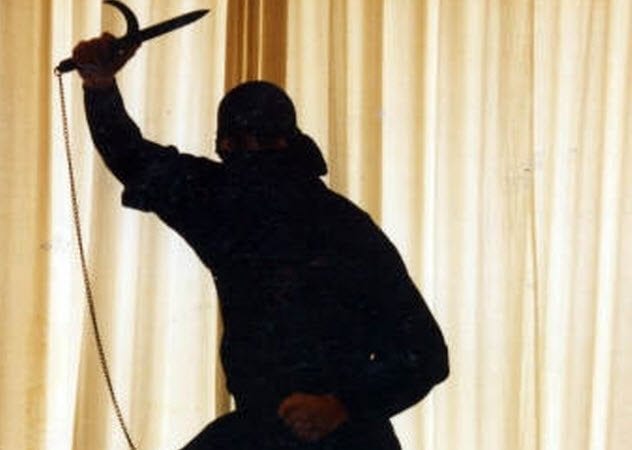 Ninja were widely employed in the 15th and 16th centuries. A common misconception was that ninja were in direct opposition to samurai. Often, ninja and samurai would fight on the same side of the battlefield. Ninja were everywhere, hired in the household of any lord worth his salt.

As they became more important in national events, the rumors about them grew. They were said to be able to vanish into thin air. They moved as silently as ghosts. They could read an opponent’s mind. Some of the growing rumors were true. Many were not.

There was no time when ninja were accurately understood, outside of the ninja themselves. If anything, ninja were even more mired in superstition than they are now. People believed they possessed supernatural powers, almost akin to superheroes.

For such a large force of people, the lies about them in the 16th century were widely successful. It’s difficult to detail how much information has been lost due to the great superstition they inspired in people around them. 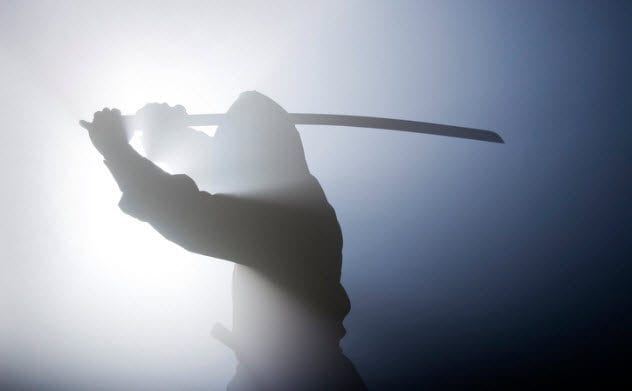 Ninja did little to halt the rumors that were raising them to near legendary status. In fact, they encouraged the rumors. The elevated prowess of ninja did not begin in the 20th century, but at the time, the ninja were at their peak.

They used these tales as methods of intimidation and misdirection. Their dark reputation discouraged many enemies and would-be invaders, making the ninja seem larger-than-life. Wildly inaccurate rumors helped them conceal their true practices.

Written documentation didn’t shed conclusive light on the ninja, either. Authors were given to adding ninja powers to biographies to liven up their writing. Tales of ninja exploits were often embellished and portrayed as historically accurate. It makes sifting fact from fiction difficult to this day.

8 They Were Raised In Isolation 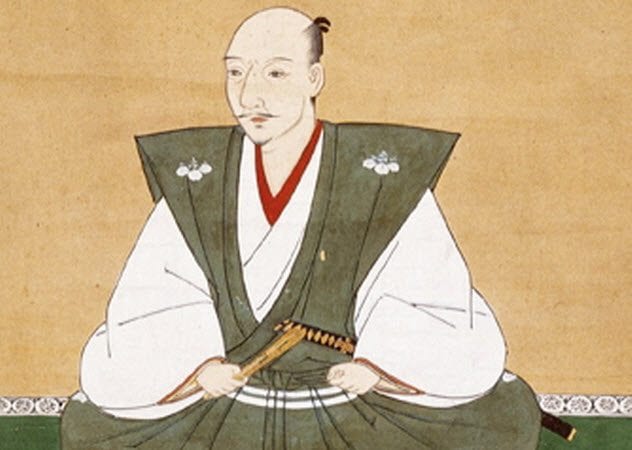 This refers to the isolated province of Iga. Ninja were hard to measure in terms of numbers and location, but all agreed that the bulk of the Japanese ninja resided in Iga. It had a nigh perfect defense.

Iga was ringed by mountains, with narrow passageways as the only access. It was defensible by a smaller number of men. It gave ninja a way to live unrecognized before they went into the outside world. No information conclusively points to when Iga became the center of ninjutsu, but it could have been several centuries before the ninja’s downfall.

That downfall came about only with overwhelming force. Oda Nobunaga’s son Oda Nobukatsu ruled the Ise province, but he was enamored with the idea of adding Iga to his domain. He entered Iga, where he began to build a castle for the base of attack.

The ninja burned it down before it was completed. Humiliated, the young Nobukatsu tried to invade with a force 8,000 strong. The ninja used the terrain to ambush him, killing hundreds and possibly thousands with minimal losses to their side. Nobukatsu was forced to retreat and face his father’s wrath for his foolish venture.

When two Iga ninja approached Oda Nobunaga with inside intelligence, he took a force of over 40,000 and invaded Iga. He split his forces into six armies that invaded six passageways at once, crushing the Iga ninja with brute force. Their mass solitude was at an end, but they still carried their teachings.

7 The Art Of Ninjutsu Was Not Greatly Recorded 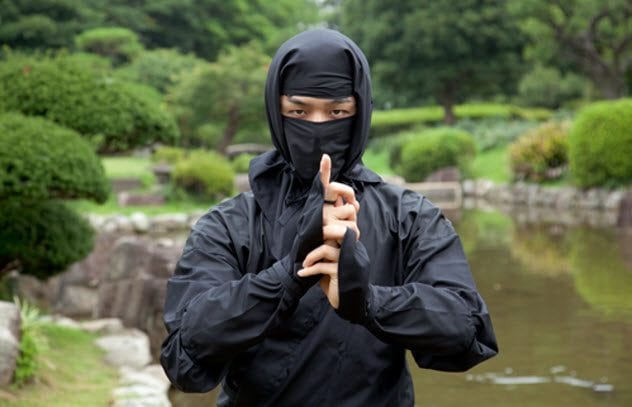 Ninjutsu teachings were passed down by teachers who demonstrated the ninjutsu rather than wrote it down. It was only during peacetime that some older ninja would write accounts of their ninjutsu. Many more held it in secrecy.

Today, several families claim that they are descendants of ninja who learned from earlier generations by practical teachings, not writing. There has yet to be evidence for this. But it remains a fact that learning ninjutsu through writing was often entirely omitted from the education of future ninja.

Samurai followed a strict code. However, ninja had a philosophy of totality. This belief encompasses the idea that the universe has a balance and people are part of that balance. There is good and bad, warm and cold, and an awareness of this was essential to the ninja.

Such a wider kind of morality called for the ninja to learn from his master formally but also train in what he found most useful. Anything useful could be used regardless of Bushido (“the way of the warrior”). So it freely changed from generation to generation, making it all the more difficult to track.

6 There Were Countless Versions Of Ninjutsu 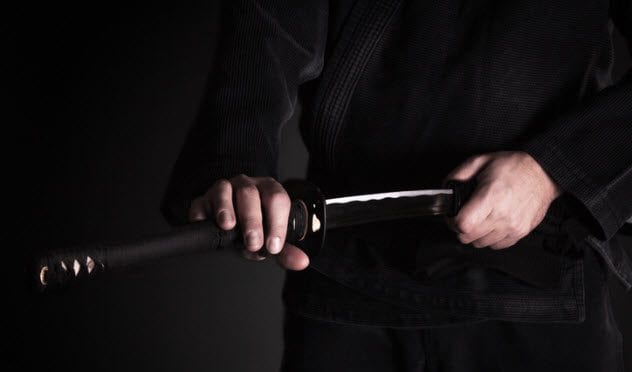 The teachings differed among the various schools of ninjutsu, which emphasized different aspects of the ninja. There is a story about a governor named Bakkansai Jotei who assaulted a rebel holed up in the castle of Sawayama.

When the mountainous terrain foiled his assaults, he called for a ninja named Dojun to find a way to breach the castle. Dojun responded by gathering 48 men. He infiltrated the castle and set fire to it.

While they burned and killed from the inside, Jotei led an assault from the outside and the castle fell. The 48 ninja split off into 48 schools of ninjutsu, almost all of them centered in Iga.

They are often biased by their ideals and skills and project them onto other schools. Historians have often tried to find the true overarching beliefs among ninja rather than ones specific to a select few.

5 They Were Secretive Toward Each Other 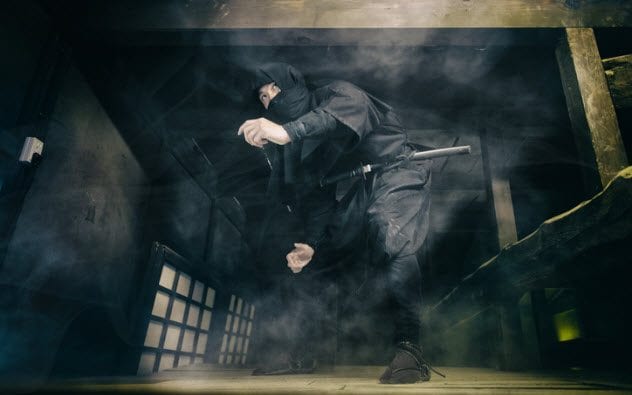 Ninja kept their teachings secret from outsiders. They even hid their teachings from other schools. Secrecy was not considered an insult. It was a way of life for the people who practiced the art of deception, espionage, and infiltration.

They had a system of rank that would support this anonymity. There were three ranks in the household: Genin, Chunin, and Jonin. The Jonin were the masters, relaying orders to the others. Chunin were proxies. They carried out the order of their Jonin and also protected their identity. Not even Genin were aware.

Genin were the normal ninja, the ones who went out to do the work. While this is a simplified way of putting it, the ranking system certainly supported anonymity even within the same group of ninja.

4 They Kept Their Skills Within The Family 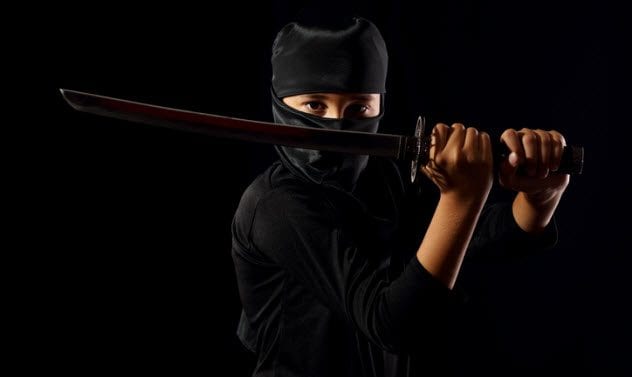 Enemies would try to infiltrate ninja schools to learn their teachings. For this reason, many ninja passed down their skills through the family. Only family members were eligible. Therefore, children were born into the trade.

They were taught at a young age, comparable to the early training of the samurai. The children would train in such things as flips, kicks, and stealthy movements. It would be disguised as a game. If he was deemed worthy, the child would go on to train as a ninja. By passing it through the family, secrecy and loyalty were assured. 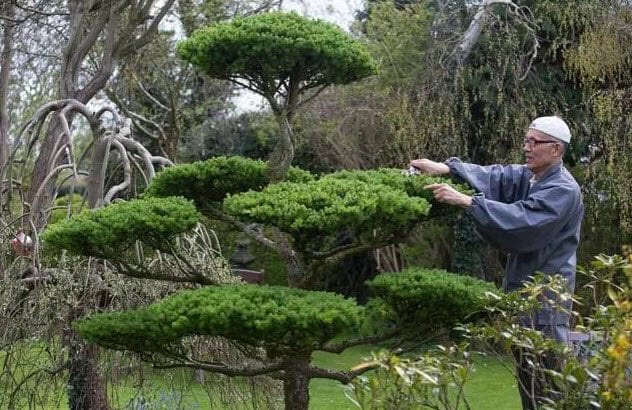 Ninja are portrayed as warriors dressed in black with masks over their faces. There has been no historical account, though, mentioning the use of masks. And the black outfits that look so conspicuous in modern times were normal garb in that era.

Still, many thought that ninja had some standard attire, just as samurai did. However, that was a warrior’s outfit. Ninja spent most of their time in normal civilian clothing.

To live among the people, they would blend in. They would pretend to be samurai, masterless samurai, or hermits. It was a ninja art to learn several skills outside of ninjutsu to convincingly fit a role. Knowing the culture, the hairstyles, and the mannerisms was as much—and more—a part of their infiltration techniques.

Tokugawa Ieyasu employed ninja as bodyguards. Instead of having them wear the attire of ninja, he had them masquerade as gardeners. It gave them a reason to stay close, moving through the palace grounds.

Their status also helped them remain obscure. Ninja could be anyone, such as nobility. Yet they could also be peasants. The sickle and chain was a tool partially inspired from their practice to convert farm implements into weaponry.

They did unheard of things such as make women warriors (kunoichi). They would sometimes use agents such as the young, the weak, or the dumb. Using such low tactics was unheard of by the samurai, and many cases of ninja went undetected during that era. 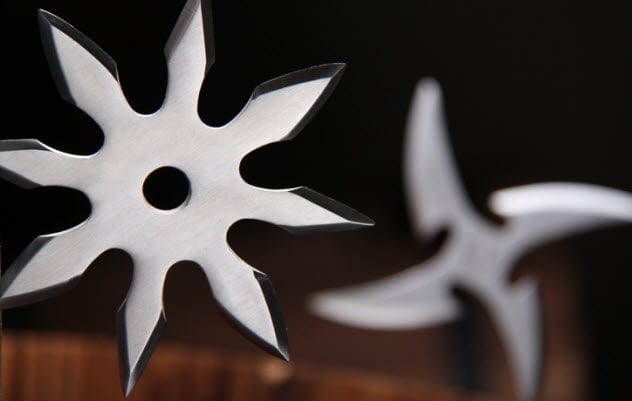 During the early 20th century, the ninja craze was rekindled. It would eventually move to Western lore. Authors penned historical accounts of ninja. Unfortunately, many were enthusiasts or hacks given over to dramatizing the ninja. Therefore, many inaccurate accounts of the history and skills of ninja exist.

The ninja hype of the 1950s and ’60s has also obscured the truth about ninja. Some “misconceptions” about ninja are blatantly impossible, but a few widely held misconceptions have even fooled authors.

In the past few years, new efforts have been put into trying to separate the lies from the truth. Part of this renewal of interest is because texts written by Japanese ninja have been translated into English.

1 We Enjoy The Fictional Ninja More 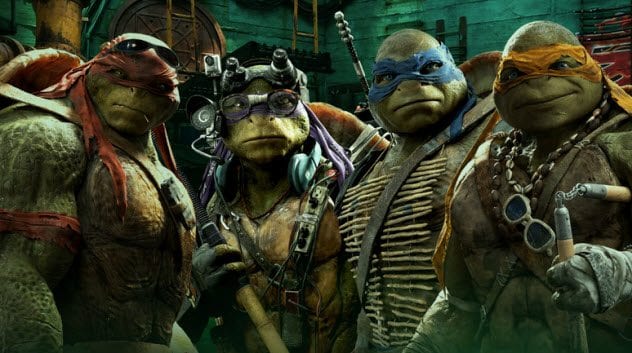 This is the greatest reason why ninja will always remain history. Do people truly want to unravel the mystery of the ninja? Thousands of more accurate accounts exist, but they’re largely contradictory due to misconceptions that exist even within nonfiction.

The public at large is far more interested in the version of ninja they widely acknowledge as myth. They’re the ninja Bruce Lee is chopping down. They’re the Teenage Mutant Ninja Turtles.

A multitude of fictional renditions of ninja exist, and the truth is that people would much sooner watch a ninja movie than watch a historical film about ninja. We’ve accepted being lied to, but would the ninja of the past mind it?

They would likely consider it a greater tragedy if their mystique was conclusively unraveled.