Dogs may be man’s best friend, but that’s because we bred them to be so. And sometimes not. As you are about to find out, we did not breed all dogs to be our companions. Some were bred for work, sport, and even for food.

Today, many dogs have seen their roles changed and are now kept and considered as companions. To fit into their new roles, some were downsized or made more docile, while the unluckiest ones went extinct because they couldn’t be used for anything other than their original purpose. 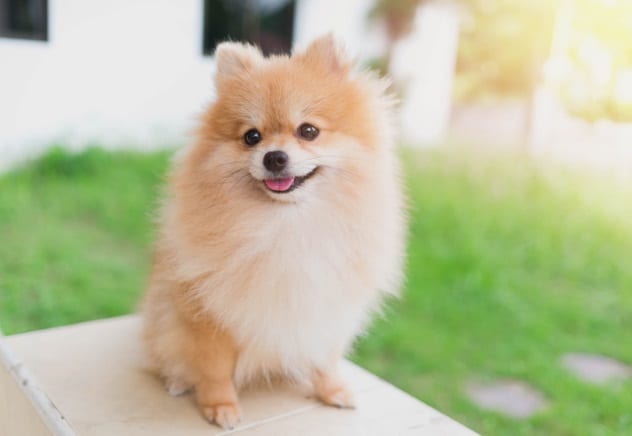 Anyone who owns a Pomeranian or has ever been around one for a considerable period will observe that the dog behaves as if it were bigger than it is. This is because Pomeranians used to be bigger.

The first Pomeranians were bred as sled dogs in the 16th century. The breed originally weighed around 14 kilograms (30 lb). For comparison, the modern Pomeranian weighs between 1.4 and 3.2 kilograms (3–7 lb).

No one knows the dogs that were crossbred to create the Pomeranian, but most people agree the Deutscher Spitz was involved. The Pomeranian itself belongs to the Spitz class of dogs, which are the ancestors of modern sled dogs.

The role of the Pomeranian changed in the 19th century, when they were turned into companion and lap dogs. They were selectively bred to be smaller in Pomerania, which is where they got their name. They were also used to herd sheep at one time, but breeders continued making them smaller.[1] 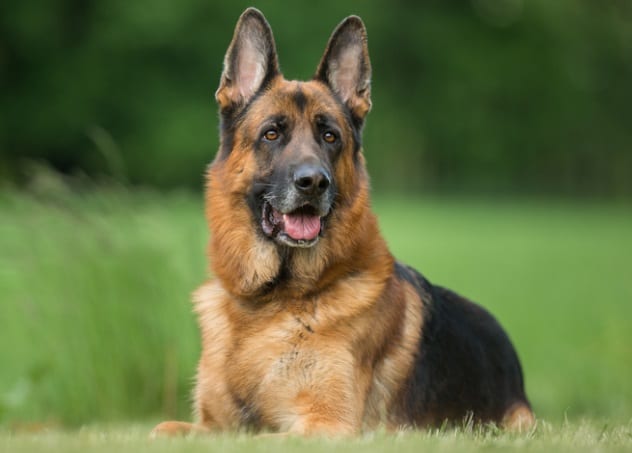 The German Shepherd was bred to guard sheep. The earliest German Shepherds appeared in the 1850s when (human) German shepherds crossed several dogs to create a guard to protect their flock. They wanted a dog that was strong, smart, fast, and had a good sense of smell.

Several shepherds created different dogs for the role. In 1891, some dog enthusiasts formed the Phylax Society to standardize dog breeds in Germany. The society broke apart three years later because they could not agree whether to breed dogs for just work or for both work and looks.

In 1899, Max von Stephanitz, who was a member of the group, bought one of the many dogs bred by the shepherds. He believed dogs should only be bred for work and picked this dog for its intelligence. He named the dog Deutscher Schaferhund (“German Shepherd Dog”). 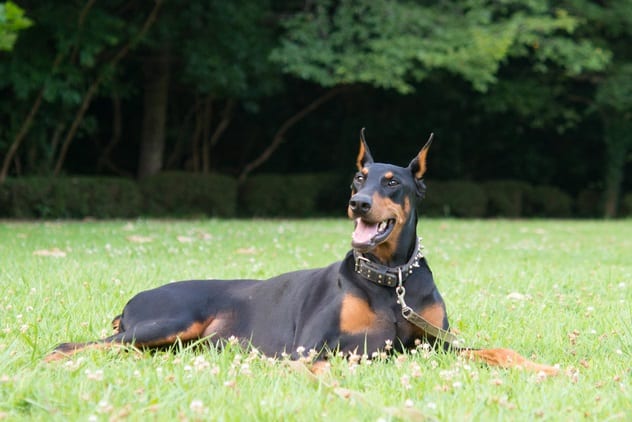 The first Doberman Pinscher was bred by German Karl Friedrich Louis Dobermann. Dobermann worked as a tax collector, night watchman, and dogcatcher. The first two jobs put him at risk from criminals, motivating him to breed a new kind of dog to protect him.

Dobermann wanted a dog that was smart, alert, confident, brave, and very protective of its master. He turned to his dog pound, where he crossbred several dogs. No one knows which type of dogs he used, but his son said it was a male dog called Schnupp and a female dog called Bismark, which was later renamed Bisart.

Otto Goeller, another dog breeder, later claimed that Schnupp was a mongrel. He added that Dobermann crossbred the offspring with several other dogs, including the Great Dane, German Shepherd, and the German Pinscher, to create the Doberman Pinscher.[3] 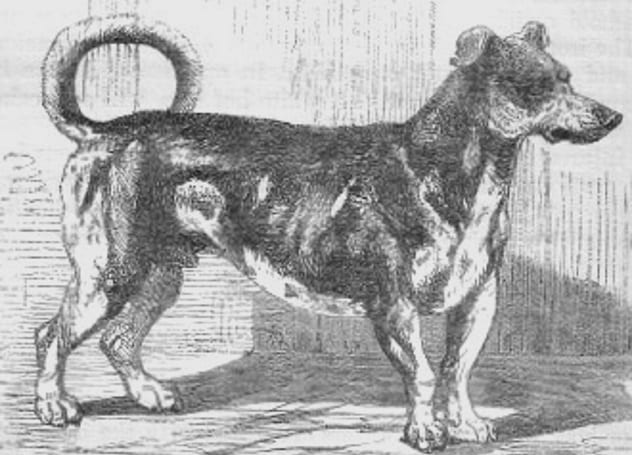 The Turnspit dog is extinct today. And that is because the roasting jack took over its job. The Turnspit dog was specifically bred to turn spits while meat was being roasted, hence the name. It was also called the Vernepator Cur, which means “the dog that turns the wheel.” Its scientific name, Canis vertigus, means “dizzy dog.” Apparently, people got dizzy from watching it run.

Before the 16th century, the task of turning the spit was done by small boys, who often ended up with blistered hands. People soon bred the dog to take over the role. They connected the spit to a wheel and had the dog run inside the wheel. The spit turned as the dog ran. Cooks would throw hot coal into the wheel to make the dog run faster.

The Turnspit dog became a fixture in every kitchen and was treated as just another kitchen tool. They worked in the kitchens every day except Sunday. However, they were not completely free on Sundays, since their owners often took them to church to warm their feet.

The Turnspit dog became obsolete after the invention of the roasting jack. Between 1750 and 1850, their numbers dwindled, and by 1900, they were already extinct. The Turnspit did not become a pet because most people felt they were ugly. They had short legs, small heads, and strong bodies. Besides, no one wanted to be seen with a Turnspit because it meant they couldn’t afford a roasting jack.

While already extinct, Turnspit dogs left a legacy. They are the reason the Society for the Prevention of Cruelty to Animals (SPCA) was formed. Henry Bergh, the founder of the SPCA, formed the society after finding some Turnspits working in inhumane conditions in a Manhattan hotel.[4] 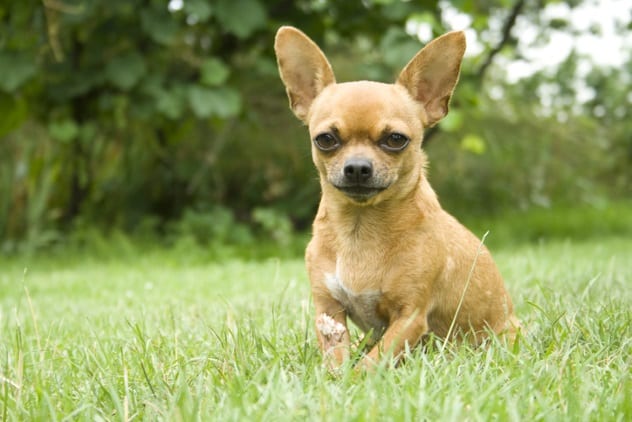 The history of the Chihuahua is somewhat unclear. What we know is that they were first seen in Chihuahua, Mexico, in the 1800s. The Chihuahua is believed to be the descendant of an earlier Mexican dog, the bigger and similar-looking Techichi.

The first Chihuahua arrived in the United States in the 1880s, when American tourists purchased them during trips to Mexico. Since it was unknown in the US, people named it after the place it was found. This is why it was also called the Arizona dog, Texas dog, and Mexico dog.[5] 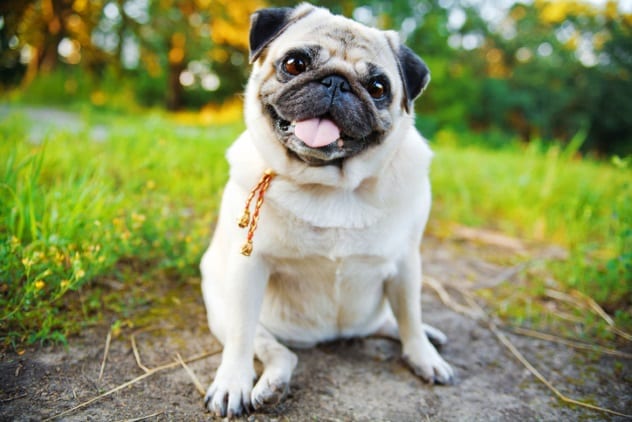 The first Pug was bred in China in 400 BC. It was not an everyday dog and was the exclusive province of the wealthy and royals, who kept them as status symbols. Chinese emperors even assigned guards and servants to ensure that the dogs were protected and comfortable.

The Pug was bred to be small enough to fit in a person’s lap. The long-term relationship with humans could be the reason the dogs are overly active when around people and are always willing to show us a trick or two.

The Pug remained a symbol of royalty when it arrived Japan, Russia, and Europe. It was kept by several rulers, including Queen Victoria of England and Prince William the Silent of Holland.[6] 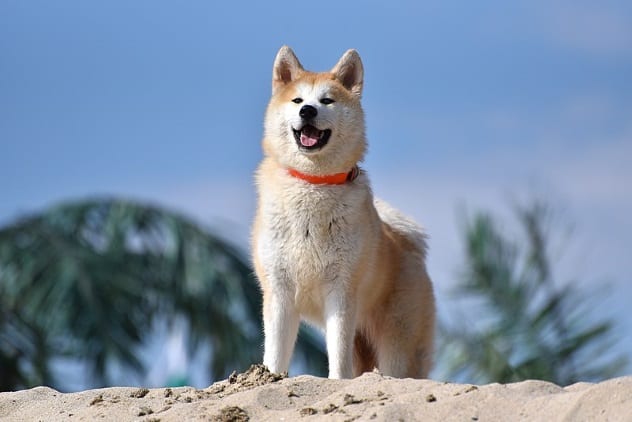 The Akita is an aggressive dog because it is genetically predisposed to aggression. That’s because it was bred for hunting, guarding its owners, and fighting other dogs. The first Akitas were bred in Akita, Japan, where they were called matagi, which means “esteemed hunter.”

For centuries, the Japanese used the Akita to hunt potentially dangerous animals, including deer, boar, and the black bear. It was also used as a retriever to pick up downed waterfowl. The dog was modified for dogfighting between the 17th and 19th centuries. However, it quickly returned to its hunting and guard roles after dogfighting was banned.[7] 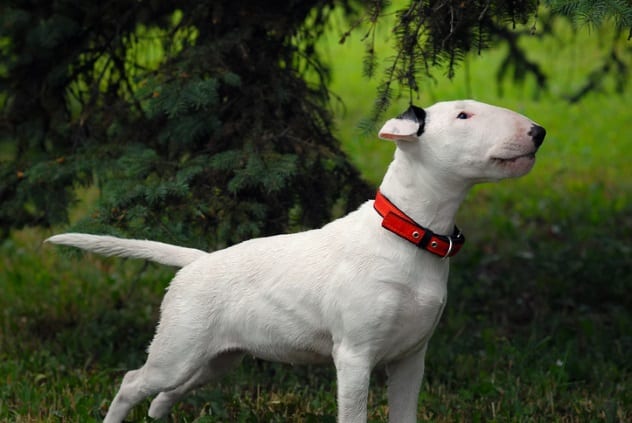 The first Bull and Terriers were bred in the 18th century. Over time, the breed was crossed with several dogs, including the Spanish Pointer, to create the Bull Terrier. The Bull Terrier doubled as a show dog, but breeders got more concerned with its looks than its aggression and how many pounds of bite it could deliver after dogfighting was banned.[8] 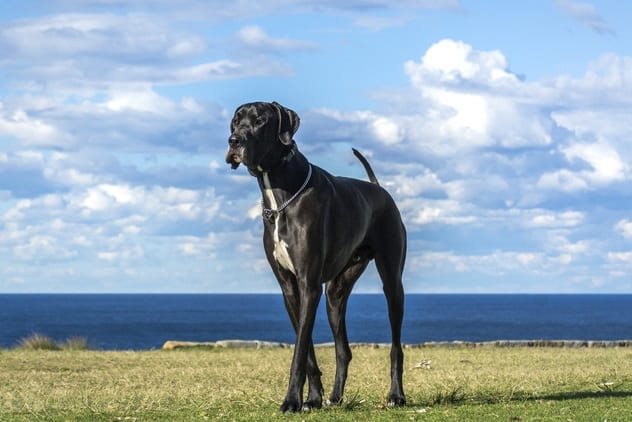 The wild boar was the most ferocious animal to hunt in the whole of Europe, since it would always fight back—hard. Only the strongest and the most resilient hunting dog could hold it down. That dog was the Great Dane. The modern Great Dane was bred in Germany to hunt boars. It also took on a secondary role as a guard dog.

However, the Great Dane has been around for thousands of years. Ancient dogs resembling Great Danes were bred in ancient Egypt and China. The breeders of the Egyptian and Chinese Great Danes were more concerned with performance than looks, so the dogs don’t look as good as today’s Great Danes.

Although unconfirmed, the modern Great Dane is believed to be a crossbreed between the English Mastiff and the Irish Wolfhound. German emperors loved the Great Dane so much that they used hundreds of dogs in a single boar hunt. While Great Danes have been continuously bred to be gentler, less aggressive, and more tolerating, they are still as strong as ever.[9] 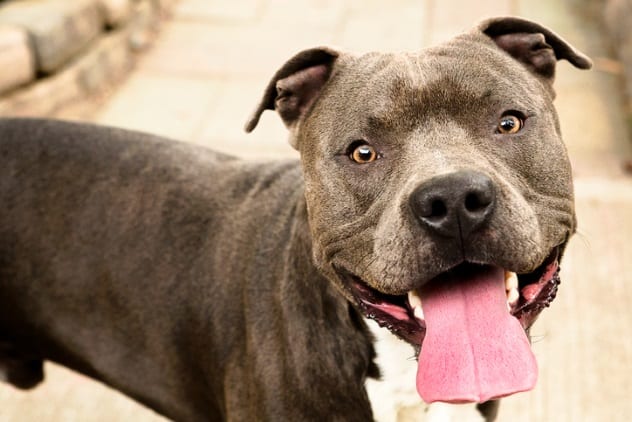 A list about dogs will be incomplete without the controversial pit bull. First, unlike every other dog on this list, the pit bull is not a breed of dog. Instead, it refers to several dogs that were bred for dogfighting and bull-baiting. Pit bulls resulted from the cross between English bulldogs and terriers. They generally have wide heads and muscular bodies.