Politics might feel like a zoo, especially during election season and the years’ worth of media coverage leading up to it. But in the end, the candidates are still people . . . typically. A number of animals have run for political office over the years—or more accurately were run by enterprising humans. In some cases, these campaigns are publicity stunts or forms of protest. Other times, they promote causes. Sometimes, the animal wins. 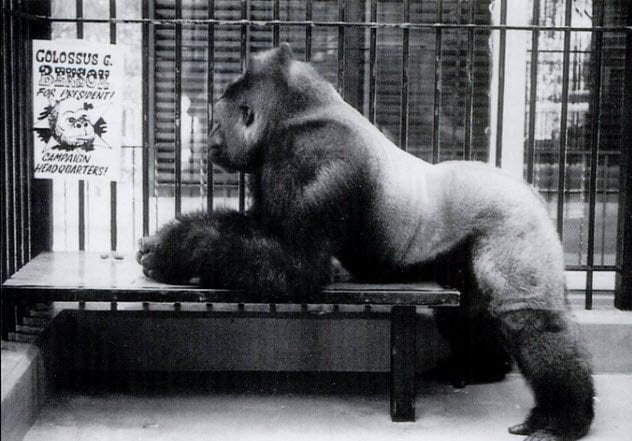 If you want to run for president of the United States, New Hampshire has the least stringent requirements of any state to get your name on the ballot for the primary. It was perhaps with that in mind that the staff of Benson’s Wild Animal Farm tried to enter their candidate, a 215-kilogram (475 lb) gorilla named Colossus, in 1980. The zoo argued that the US Constitution never specifically stated that a presidential candidate must be human. It is not clear what, if any, political party “Colossus G. Benson” was affiliated with.

As much as Colossus’s candidacy was a publicity stunt through and through, the zookeepers knew he was too unpredictable to be taken to the New Hampshire State House to sign the necessary forms. They kept the gorilla in a trailer outside and sent a chimpanzee wearing a white tuxedo in his stead, bearing a note declaring Colossus’s intent to run. The chimp ended up climbing a pipe and swinging from a light fixture.

Ultimately, Bill Gardner, New Hampshire’s secretary of state, denied Colossus’s bid to run because he was less than 35 years old. Colossus passed away in 2006. 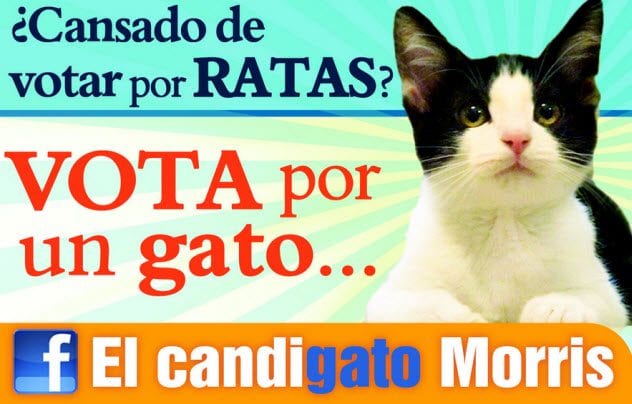 In summer 2013, the residents of Xalapa, Mexico, were fed up. Corruption and drug violence had been rampant over the previous two years. One resident described the city as having “no rule of law,” “no respect for human rights,” and “no institutions.” It was also time for the city to elect a new mayor.

The climate of discontent inspired Sergio Chamorro to enter his cat, Morris, as a candidate. According to Chamorro, Morris “sleeps all day and does almost nothing,” making him well-suited to a life in politics. Indeed, Morris’s campaign promises included sleeping all day as well as donating his used cat litter to fill potholes. Photos of Morris yawning evidenced his “ample legislative experience.”

The feline’s campaign slogan spoke directly to the masses of frustrated Xalapenos: “Tired of Voting for Rats? Vote for a Cat!” That message resonated with quite a few. Morris’s Facebook page was liked by over 100,000 people, making him more popular online than five of his opponents. In the end, 12,000 people wrote Morris in on the ballot, placing him in fourth place out of 11 candidates. 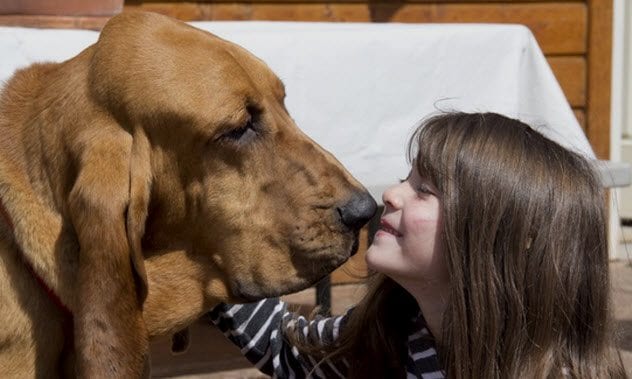 Sometimes, animals become political candidates for a good cause. Such is the case in Divide, Colorado, a small, unincorporated community that can essentially make anyone or anything mayor since the position would be purely ceremonial. As a result, the town has had several animal mayors. The local animal shelter organizes the elections, with each vote raising $1.

In 2014, a search-and-rescue bloodhound named Pa Kettle was elected mayor with 2,387 votes, beating a wolf, a horse, a donkey, a cat, a hedgehog, and five other dogs. Kenyi the wolf took second place with only 55 fewer votes than Pa Kettle and was made vice mayor. A typical election raises around $10,000.

Divide’s previous mayors were a three-legged dog in 2010 and a three-legged cat in 2012. Pa Kettle did not seek reelection in 2016. However, Ma Kettle, the incumbent mayor’s sister, did. A wolf named Shunka ultimately won. Divide’s 2016 mayoral election raised a record $38,000. 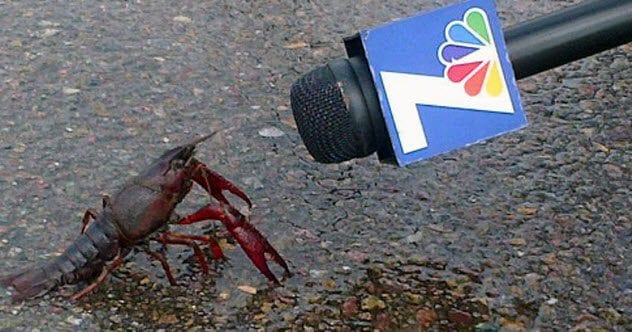 In 2015, a lot of Republicans had eyes on running for president of the United States, and not all of them were particularly well-liked. One of them, Louisiana governor Bobby Jindal, was challenged by a crayfish.

Crawfish B. Crawfish submitted a statement of candidacy to the Federal Election Commission on July 2 and even had a birth certificate ready if needed. The spineless politician’s platform and beliefs were detailed on his Facebook Page, “Can This Crawfish Get More Supporters Than Bobby Jindal?”

Crawfish expressed support for women’s rights, civil rights, and Game of Thrones. He also denounced ISIS as bad and the proliferation of Texas Pete Hot Sauce in Louisiana restaurants as egregious government overreach.

However, Crawfish’s most central platform was that he is not, in fact, Bobby Jindal. Unlike Jindal, the crustacean has a “consistent record of being a crawfish.” It does not appear that Crawfish B. Crawfish’s campaign ever advanced particularly far. 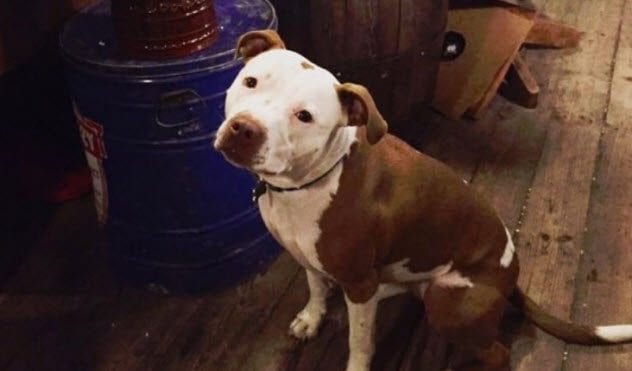 In 2016, Brynn became the first pit bull mayor of Rabbit Hash, Kentucky, winning office with 3,367 votes. The dog, whose full name is Brynneth Pawltro, ran on a platform of promoting love and peace in Rabbit Hash. She is said to like tennis balls and licking people.

In the case of the 2016 mayoral election, the town chose to appoint the two runners-up, Lady and Bourbon, as ambassadors of Rabbit Hash. Their job will be to fill in for Brynn, should she be unavailable for various town functions.

Similar to Divide, each vote in Rabbit Hash’s mayoral elections raises $1, with the money going to the Rabbit Hash Historical Society. The money from Brynn’s election will fund the rebuilding of the Rabbit Hash General Store, which burned down in February 2016. 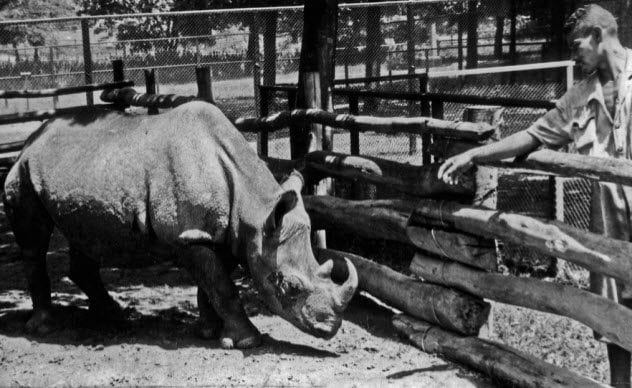 In October 1959, Sao Paulo was a mess. There was a shortage of meat and beans, and prices in general were high. The sewers in the suburbs were also experiencing problems. It was election time for the city council, and more than a few people felt they had the answers to the city’s woes. A total of 540 people were competing for 45 council seats. The rest of Sao Paulo didn’t think highly of any of them, either.

Held in higher esteem, however, was Cacareco, a four-year-old female rhinoceros on loan from a zoo in Rio de Janeiro. The animal had become a popular attraction at Sao Paulo’s own recently opened zoo, but she was due to head back to Rio soon. Then someone had the idea to put Cacareco on the ballot. In the words of a zookeeper, the rhino was so dumb that “you could put her brain in a Brazil nut.” She was perfect.

Cacareco won in a landslide, garnering around 100,000 votes. Her closest runner-up received only 10,079 votes. A party leader decried the result as a whimsical joke, “a ridiculous vote for a ridiculous rhinoceros.” One candidate allegedly committed suicide over the cataclysmic protest vote. The election board disqualified Cacareco. 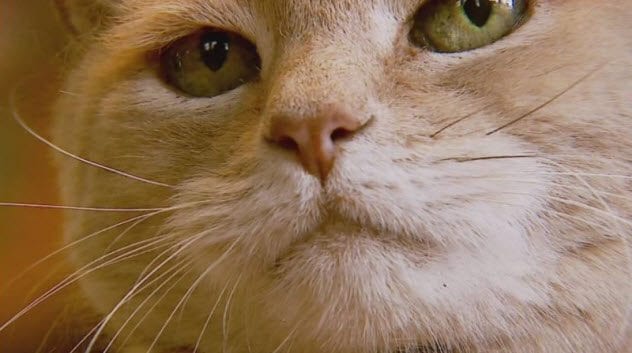 It would be remiss for a list about animals in politics not to mention what may be the longest-serving animal mayor on record (if anyone is keeping track). Stubbs the cat, so named because he doesn’t have a tail, has been the mayor of Talkeetna, Alaska, since 1997.

That year, the townspeople were supposedly unhappy with both human candidates for mayor. Many decided to write in Stubbs (then a very young kitten) on the ballot, leading to his victory. Stubbs is said to enjoy high approval ratings as he treats local businesses well and has never raised taxes.

An opinion piece published in 2013 accused Talkeetna of fabricating Stubbs’s tenure as mayor as a scam to attract tourists. Little evidence for this accusation is cited other than the alleged claims of an unnamed resident and the fact that a cat mayor would be ridiculous. To be fair, Stubbs absolutely does attract tourists to the small town, which does benefit its economy. Note that Talkeetna is an unincorporated community, so there’s no reason it can’t have a cat mayor.

As of April 2017, Stubbs is apparently still alive and serving as mayor. He was reported to have died in 2016, but the owner of Nagley’s General Store, where Stubbs lives, refuted the claim. 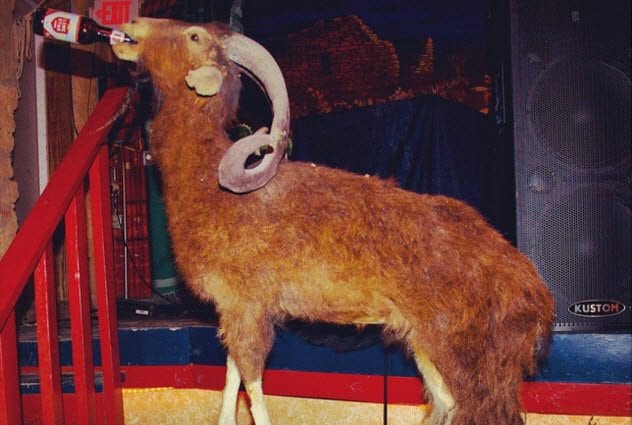 Lajitas is a small town in West Texas, just across the Rio Grande from Mexico and near Big Bend National Park. It also has a tradition of naming beer-drinking goats as mayors.

It all started in the 1970s, when locals noticed that a goat named Clay Henry liked to drink beer. The goat became a tourist attraction and even once drank a beer with Willie Nelson. In 1986, Clay Henry was elected mayor of Lajitas. He is said to have been prone to headbutting his constituents.

Clay Henry would drink up to 40 beers a day. He was capable of holding a bottle in his jaws, lifting his head high, and chugging its contents. His tenure as mayor lasted until 1992, when he was killed in a fight with his own son, an incident that is anecdotally described as a drunken brawl over a female. Clay Henry was stuffed and put on display at the nearby Terlingua Trading Company, an upturned bottle of Lone Star in his jaws.

The son, Clay Henry Jr., became mayor after that. He also drank beer, though not to the level of his father. He died in 1996. Clay Henry III was elected in 2000. The poor mayor was attacked and castrated in 2006 by a man named Jim Bob Hargrove. Jim Bob had become jealous of the mayor drinking beer on a Sunday when local laws prohibited the sale of alcohol. Clay Henry III became ill in 2008 and left his position. 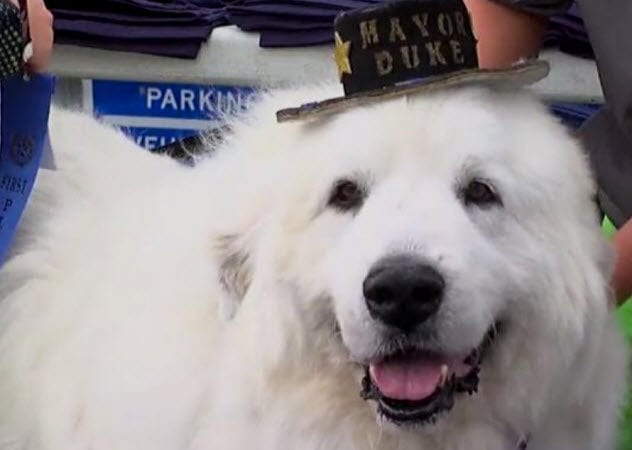 In 2014, Duke, a seven-year-old Great Pyrenees, was elected mayor of Cormorant, Minnesota. The canine is known to enjoy rolling in the dirt and spends most of his time wandering around a dairy farm. Duke is paid in dog food for his service.

Some procedural adjustments had to be made for Duke’s swearing-in. Obviously, he would have been unable to repeat his oath of office. So he placed his paw on a Bible while his responsibilities as mayor were read to him by the township chairman. The chairman then asked Duke if he accepted those responsibilities. Duke panted, which was recorded as acceptance.

Like other animal mayors on this list, Duke became an attraction. Visitors to Cormorant often want to take pictures with Duke and give him treats. He was even featured in National Geographic. Duke is said to enjoy the “highest approval ratings in the country.” In August 2016, Duke was elected to his third term as mayor. (Cormorant’s mayors only serve one-year terms.) 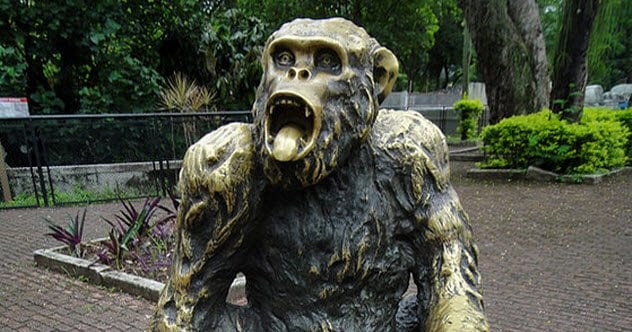 Rio de Janeiro’s mayor must not have been popular in the 1980s. At one point, he visited the city’s zoo. A temperamental chimpanzee named Tiao saw the mayor and decided to hurl his feces at him. Chimpanzees doing so to zoo visitors was not unheard-of, but Tiao proved to be different. The mayor had to visit the zoo several more times, and Tiao targeted him each time, ignoring other VIPs with the mayor.

Eventually, this behavior was witnessed by the press, brightening the day of many a local reporter. Tiao became well-liked by many Cariocas (residents of Rio) for his actions.

In 1988, it was time for a mayoral election, and the “Brazilian Banana Party” named Tiao as its candidate. Tiao ran against 11 other candidates with the slogan “Vote Monkey—Get Monkey.” He ultimately received over 400,000 votes, putting him in third place. He is recognized by Guinness World Records as being the chimpanzee to receive the most votes in a political campaign. Tiao passed away in 1996 at 33 years old.

Anthony passed through Lajitas once, but he didn’t know about its history of goat mayors at the time.