The Topeka State Hospital, often referred to as the Topeka Insane Asylum, opened its doors in 1872 to the medically and criminally insane. For over 100 years, reports of abuse and murder came out of the hospital, and it eventually closed its doors in 1997 due to the abuse and overcrowding.

During its operation, the state hospital was infamous for its forced sterilization program, the use of hydrotherapy, and castration to treat “imbeciles.” Numerous reports detailed patient neglect, rape, and beatings. The most unbelievable thing was that no one was able to do anything about the atrocities within the hospital because the workers and doctors were protected by the Kansas state government.

Nothing remains of the original hospital, and while many people felt that the building was haunted, it was torn down and removed in 2010. The crew even went as far as to remove the concrete slabs so that the spot where the hospital once stood would be completely devoid of any sign that there was once a building there. 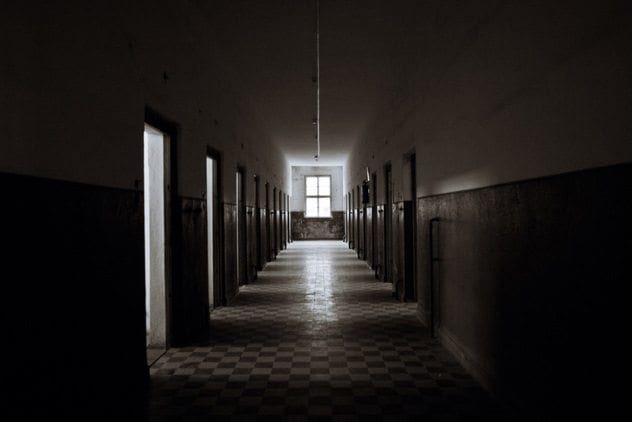 Newspapers from the late 1800s were filled with reports on the abuses happening inside the insane asylum at Topeka State Hospital. In one particular case, a witness came forward with information about an inmate named Dodd.

The witness claimed that he had seen an attendant kick Dodd on numerous occasions. Dodd was often knocked to the ground, and the attendant would jump up and down on the inmate’s chest. Sometimes, Dodd would be strangled.

On his final beating, Dodd was knocked down, and the witness stated that Dodd was dragged into room 18. The door was shut, and the witness heard noises that sounded like a struggle. Finally, he heard a groan from within the room, and Dodd was eventually carried out, dead from whatever had happened inside the room.

A county attorney tried to take action against the attendant, but the governor of Kansas refused to launch an investigation into the death, and the matter was dropped. 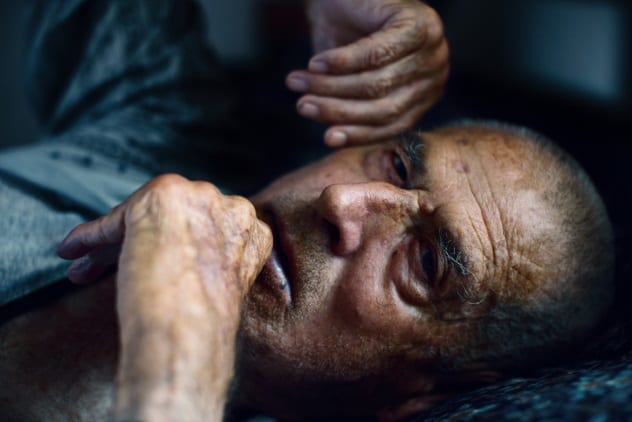 In 1896, reports came out that “old soldiers” were being killed off in Kansas state asylums. It should have been a scandal, but instead of being investigated, the whole thing was covered up.

According to one newspaper report, Gust Mauer, an inmate at the Topeka State Hospital, “was sent home [ . . . ] with two black eyes, a broken nose and a broken neck, his body being accompanied by a certificate from the Superintendent that he had died of apoplexy, yet no effort was ever made to right the wrong, and the Superintendent is still in office.” 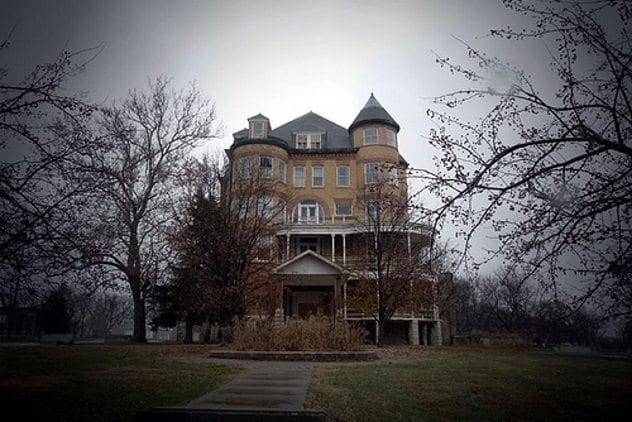 In the spring of 1911, charges were filed against the Topeka State Hospital that were supposed to lead to an investigation. The charges were made by former and current employees about the condition and treatment of the patients trapped inside the hospital.

A local newspaper printed part of a letter that was presented to the board:

I wish to make the statement that John Green, a patient in Ward E, 2, lay ill in bed for eight days and died; and during this period he was given no food or medicine. His condition was reported every morning and nothing was done.

The body of Green was taken to the dissecting room, his brain taken out and used in a demonstration by Dr. T. C. Biddle before a class in the chapel the next day without the consent of Green’s relatives. Biddle wanted the brain to demonstrate the condition of a congested brain. Attendants Roberts and Johnson could not be convinced as they well knew the patient came to his death by starvation. 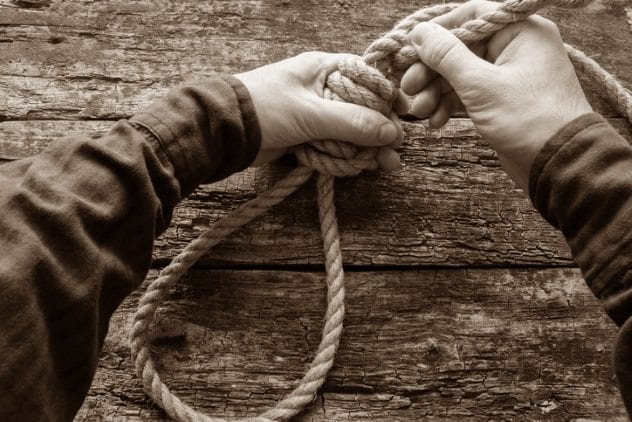 One witness to the abuse happening at the state hospital wrote about a patient named Mr. Smith, a former banker. While the statement didn’t give the reason why Smith was placed in the hospital, his treatment was completely uncalled-for.

Smith was often seen wearing handcuffs. His attendant also saw fit to lead Smith around the property with a rope tied around his neck. Sometimes, the attendant would get drunk and beat Smith mercilessly. Another time, the attendant tied Smith to a tree and left him there for hours.

On one occasion, it was witnessed that the attendant threw the end of the rope over a door and pulled Smith’s head up to the top of the door, cruelly strangling him as some sort of punishment. 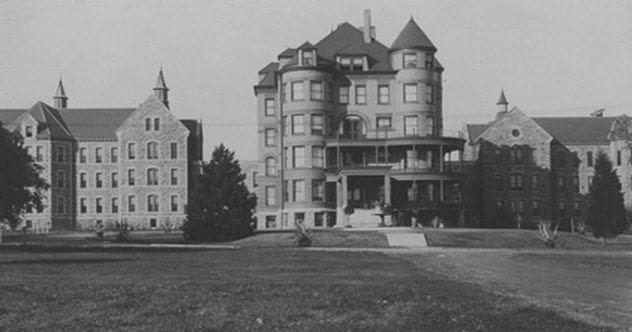 People who were sent to the Topeka State Hospital were often never seen again by the outside world. It was easy to forget about relatives and unwanted spouses once they were on the inside.

However, visitations to those who were loved were severely restricted. Out of the 29 wards in the hospital, visitors were only allowed in four of them. Parents were not allowed to visit their children inside the hospital. Friends of inmates were also not permitted inside and had zero visitation rights.

Dr. Biddle, the hospital’s supervisor, claimed that visits would interfere with the patients’ treatment.

5 Lock You Up And Take Your Stuff 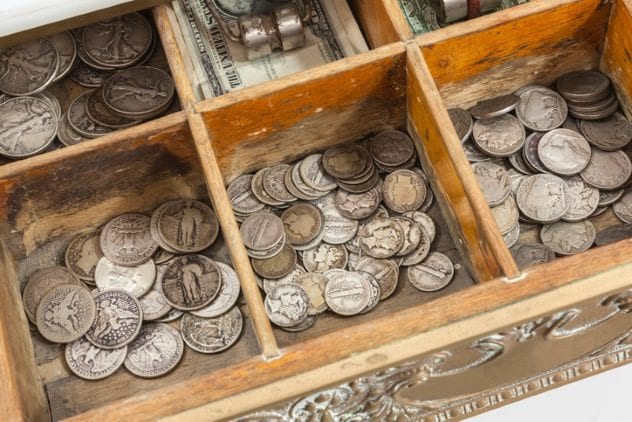 In 1911, it was announced that a claim adjuster was looking into “the financial condition of all the inmates of state hospitals and of relatives bound by law to maintain them.” The Topeka hospital wanted more money than was being given by the state. In fact, the hospital had already begun taking families to court and had won a case the previous year, in which the supreme court ruled they could recover for the care of an inmate “from the time of his admission until the time of his death.”

The hospital wanted something similar to the lunacy act of Ontario, Canada, wherein the asylum would be permitted to take over the patient’s estate and pull from it all the funds required to “care” for the inmate. 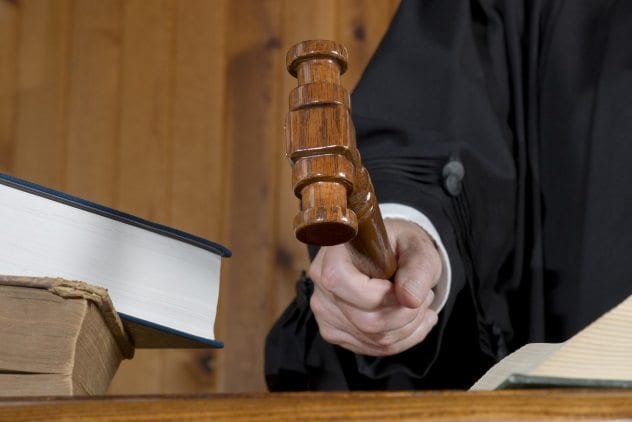 To say that no one was trying to fight the abuses occurring in the hospital would be a lie. Many lawyers attempted to take on cases or initiate investigations into the claims of abuse, but they were always stonewalled.

Mr. Hanson, a lawyer, tried to secure the release of several patients in the Topeka hospital. He was unsuccessful, and his patients were returned to captivity without receiving an examination or a hearing. To add insult to injury, the attorney general filed suit against Hanson for “harassing the state officials in charge of the Topeka state hospital and [to prevent him] from disturbing the patients at the hospital.” 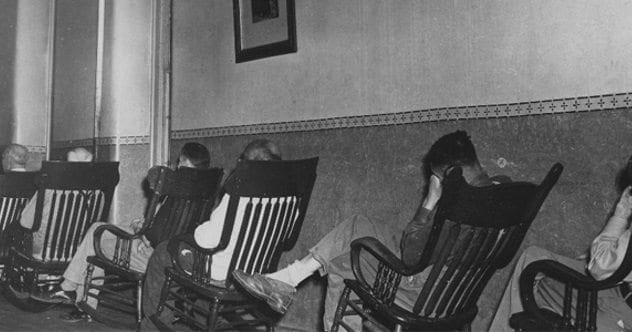 In 1916, there was a report that insanity was on the increase in the state of Kansas. The state totaled 4,311 cases of insanity, with 1,565 of the afflicted being stored in the Topeka State Hospital.

It was big business to declare someone insane, especially when the state could take over the property owned by the patient. For example, there was a big property case in 1918. A Pottawatomie Native American woman was declared “mentally sick” and was being held at the Topeka State Hospital. She also happened to own a sizable estate in Oklahoma. The woman’s guardian was in charge of the estate, but Kansas wanted it for the woman’s “care.”

Efforts were made through the courts and the newspapers to vilify the woman’s guardian, claiming that the guardian was “looting” the property when, instead, the state of Kansas should be allowed to take over and profit from the estate. 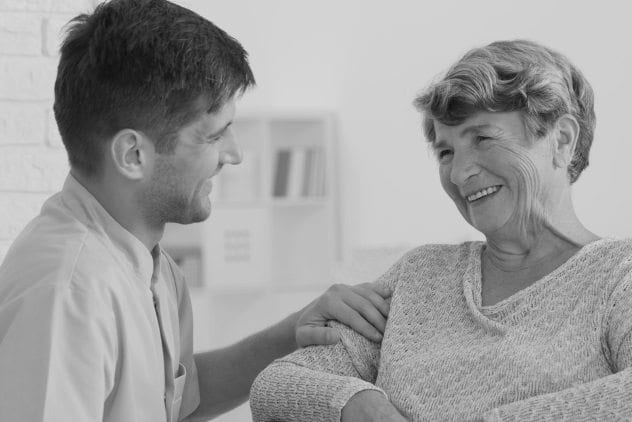 Fast forward a few decades, and we find that there were still many problems at the hospital. A 55-year-old woman was placed in the Topeka State Hospital in 1932. It was claimed that she suffered from delusions and believed that her husband was trying to kill her. In turn, she made an attempt on his life.

After a year in the hospital, the doctor said she was getting better but still suffered from delusions. After four years, the doctor claimed that she had a tendency to hurt other people and could not be paroled. At nine years, she was labeled “incurably insane.”

That might have been the end for this woman, known as “Mrs. X,” but a new doctor took an interest in her. After being in the hospital for 17 years, she was still spry. Encouraged, the new doctor began to spend a half hour with her each week and found that with this little bit of attention, she began to settle down.

After five months of this “treatment,” Mrs. X, now 72, was paroled and began work as a practical nurse and companion housekeeper. While the good doctor was not prepared to admit that all patients would react positively to a bit of weekly acknowledgement, he did state that doctors should slow down on the brain surgeries and shock treatments given to often neglected patients. 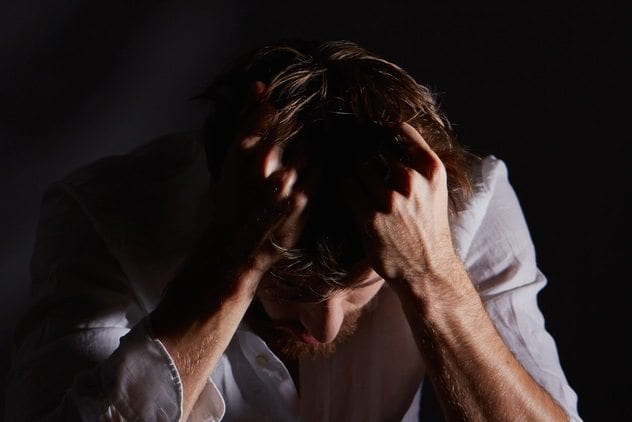 John Crabb was a Danish immigrant to the United States and barely spoke any English. He worked as a dishwasher in Topeka and was known to have a bit of a hot temper. One night in 1931, a coworker began hitting on one of the waitresses, who just so happened to be Mr. Crabb’s girlfriend. Crabb made verbal threats and was taken to jail for his behavior.

While in jail, the man sulked and refused to eat. An “expert” was brought in and labeled Crabb insane. Crabb was taken to the Topeka State Hospital, where he was imprisoned as an incurable for almost 20 years.

During his time on the inside, Crabb tried his hardest to convince the staff that he was sane, but “one of the reasons they thought he was insane was that he tried so hard to prove he was sane.” This ticked Crabb off even more, and he refused to cooperate with the staff and refused to do any work.

Mr. Crabb might have died in the hospital if it had not been for a group of Danish insurance men who learned of his case. They went to the authorities, and Crabb was tested again. This time, he was labeled sane, but it took another ten months before the hospital finally released him in 1950.