The ability to drive or hop a train from Alaska to Russia, or from London to New York, is one that will fascinate many. It shouldn’t, though, because it might be possible in the future, thanks to a series of proposals to build bridges and underwater tunnels that would link continents. This doesn’t mean that we presently can’t drive from one continent to another. Turkey is located in both Europe and Asia and has three bridges and a tunnel to allow movement to and from its European and Asian regions.

Here are ten more proposed bridges and tunnels to link other continents that are identified as distinct landmasses. 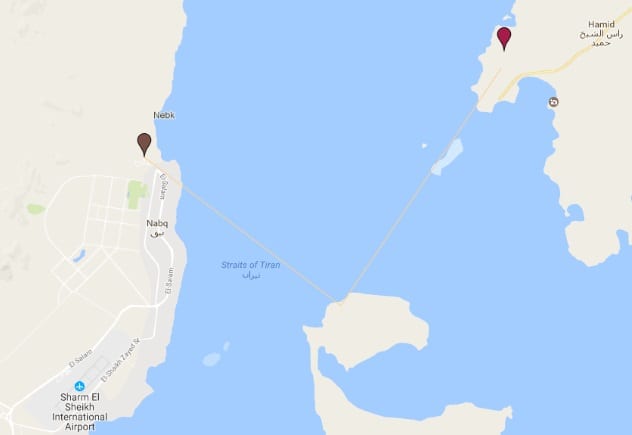 The Saudi-Egypt causeway is a proposed bridge that would link Egypt with Saudi Arabia. It would include both road and rail networks and would be built over the Red Sea. While its exact location remains in doubt, some believe it will be built between Nabq, Egypt, and Ras Alsheikh Hamid, Saudi Arabia, which are the closest points between both countries, while making a detour at the Saudi island of Tiran.

Saudi Arabia’s king Salman bin Abdel Aziz hinted at the intention to build the bridge during a state visit to Egypt in 2013. According to Egyptian president Abdel Fattah el-Sisi, the bridge would be named “King Salman bin Abdel Aziz Bridge,” after the king. Saudi Arabia’s plans to build the bridge, which is estimated to cost $3–4 billion, is more of politics than necessity. The kingdom simply wants to prove to its regional rival, Iran, that it maintains a strong relationship with Egypt. Besides building the bridge, Saudi will also fund Egypt’s oil needs for five years.

9 Bridge Of The Horns
Asia And Africa 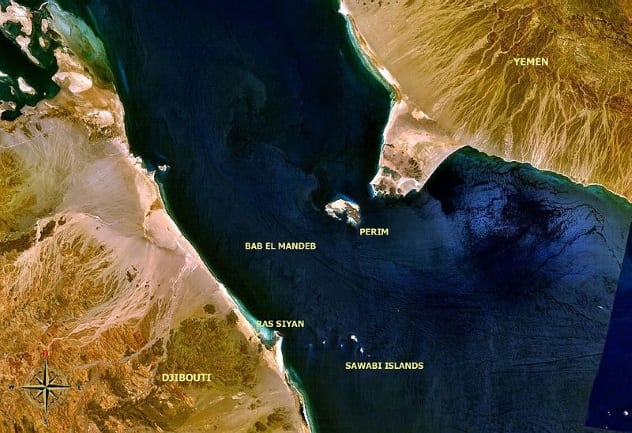 The Bridge of the Horns is a proposed bridge that will link Djibouti, which neighbors Somalia in the Horn of Africa, with Yemen. When completed, it will have six lanes for vehicles and a railroad for trains. Its construction was proposed by Tarek Bin Laden Construction, which is owned by the eponymous half-brother of the infamous Al-Qaeda kingpin.

Critics have criticized the construction of the 28.5-kilometer (17.7 mi) bridge, which was initially estimated to cost $70 billion, for its high cost and supposedly poor choice of location, which is an earthquake-prone zone. In 2008, Djibouti’s then–prime minister Dileita Mohamed Dileita denied his government’s involvement in the proposed bridge, saying the project “fell on them from the sky.”

However, preliminary works for the bridge’s construction have been completed, and construction is being planned. It will be funded by the Noor City Development Corporation of Dubai, which will also build two cities called Al Noor (City of Light) on both sides of the bridge. There are also plans to build an airport and an extensive road network that will lead from Yemen’s Al Noor to Dubai in the United Arab Emirates. This means it would be possible to travel from Africa to Dubai by road. The Bridge of the Horns is estimated to open in 2020 at the cost of $20 billion. 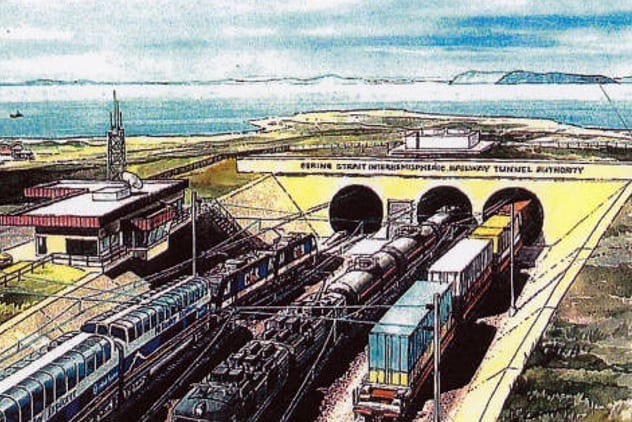 There have been several proposals to link Siberia with Alaska. The first of such proposals was made in the 1890s, when engineer Joseph Strauss proposed the construction of a railroad between Russia and Alaska. Tsar Nicholas II of Russia accepted a similar proposal in 1907, but it never came to fruition due to the outbreak of World War I. The proposal was reawakened in 2011. This time, it is a 105-kilometer (65 mi) underground tunnel that will be called the Bering Strait Tunnel.

The Bering Strait Tunnel would be a network of three tunnels: one to travel from Russia to Alaska, another to travel from Alaska to Russia, and a third in between, which will be reserved for emergencies and will have entry and exit points with the other tunnels. Each of the two main tunnels will have two railroads, one for high-speed trains and another for slower trains, as well as one or two lanes for vehicles. There will also be pipelines for water, gas, oil, and fiber-optic cables. The Bering Strait Tunnel is estimated to cost about $35 billion and would take 12 to 15 years to complete if approved for construction. 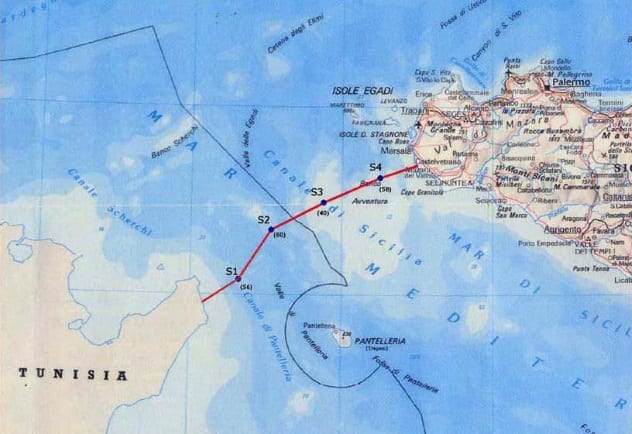 The proposed Sicily-Tunisia tunnel would link mainland Italy with Tunisia via Sicily. The proposal involves the construction of a 3.3-kilomter (2.1 mi) bridge to link Reggio Calabria in mainland Italy with Messina in Sicily. Then, Sicily and Tunisia will be linked by a network of five underground tunnels. Four of the tunnels will have traffic moving in opposite directions, while the fifth will be reserved for emergencies.

Researchers at the Italian Agency for Alternative Energies have called on the governments of both countries to build four artificial islands between Tunisia and Sicily with the rocks excavated from the tunnels. They estimated the project to cost $28 billion. 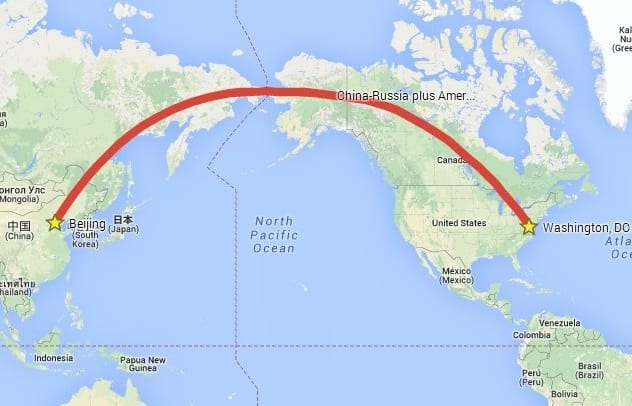 The China-Russia-Canada-America line is a proposed railroad that will run from China through Russia, Alaska, and Canada before ending in the mainland United States. Russia and Alaska will be linked by a 201-kilometer (125 mi) underwater tunnel in the Bering Strait. China claims that constructing the tunnel will not be a problem, as it already possesses the required technology, which it will use to build the Fujian-Taiwan underwater railroad that will link China with Taiwan.

Information regarding the plans was revealed by Wang Mengshu of the Chinese Academy of Engineering. No other government official has confirmed the project, and it is unclear whether China has consulted Russia, Canada, and the US regarding it. If the railroad is ever built, it would take two days to travel from China to the United States. 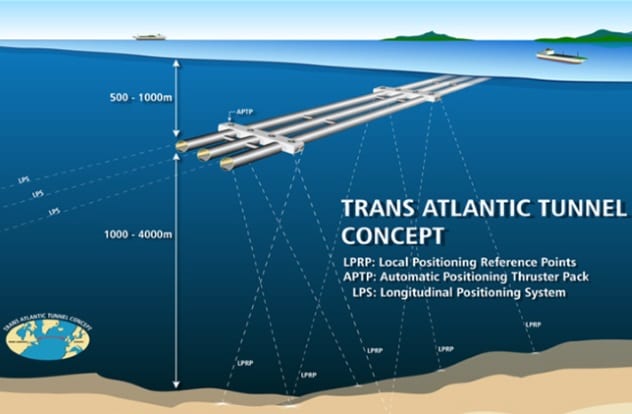 The Transatlantic Tunnel is a proposed underwater railroad that would link New York with London, Paris, or Brussels. It was proposed by Ernst Frankel and the late Frank Davidson, who worked on the Channel Tunnel (aka the “Chunnel”) that links England with France. The Transatlantic Tunnel would be built under the surface of the Atlantic Ocean and would be anchored to the seabed by spring-loaded wires. Exactly how far below the surface the tunnel is would depend on how much the North Atlantic warms in the future and thus how many icebergs would be present.

If constructed, the tunnel would feature superfast magnetic-levitation trains that would shuttle between London and New York in just four hours. However, the project has been criticized for its high cost (almost $200 billion) as well as the problems associated with running a 5,600-kilometer-long (3,500 mi) tube across the ocean. According to the Discovery Channel’s Extreme Engineering, the Transatlantic Tunnel won’t be a reality anytime soon because the required funds and technology will not be available before the year 2099. 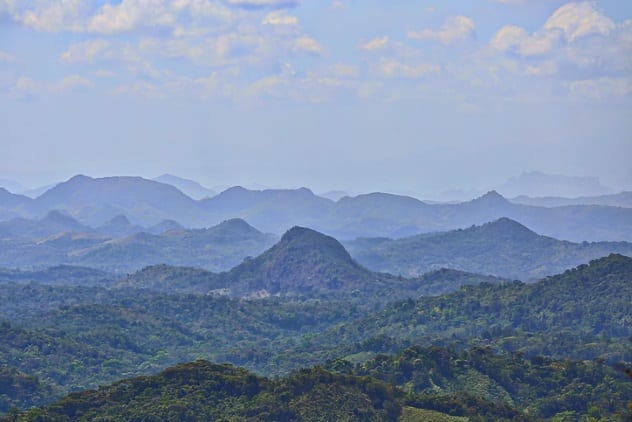 Guinness World Records recognizes the Pan-American Highway, which stretches from Prudhoe bay, Alaska, to Tierra del Fuego, Argentina, as the world’s longest road network. The highway is not a single highway but rather the interlinked highways of several North and South American countries. Yet, it is impossible to drive from North America to South America, specifically at the border between Panama and Colombia, which is covered by a thick jungle called the Darien Gap.

Today, road travelers bypass the gap by either boarding a boat or airplane, although an expedition crossed it in a Land Rover in 1959. But this is almost impossible today thanks to the presence of criminals and drug traffickers in the vast jungle. One proposal to bypass the gap and still have a road network that will connect North and South America is the construction of an underwater tunnel between Panama and Colombia. 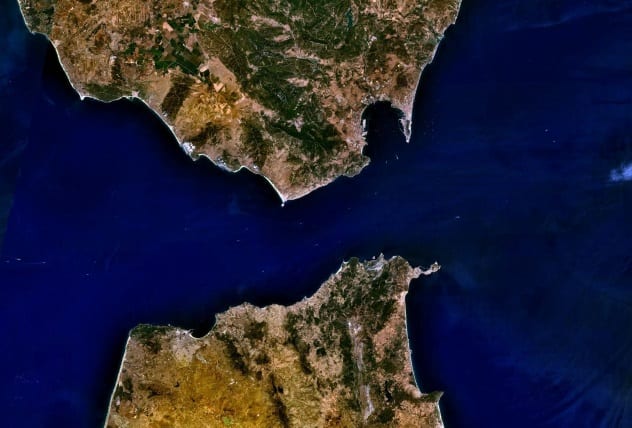 Proposals to build an underwater tunnel through the Strait of Gibraltar to link Europe with Africa have been in the works since 1930, when Spanish engineers proposed a 32-kilomter (20 mi) tunnel from Spain to North Africa. Spain and Morocco are currently working on building such a tunnel, which will be called the Gibraltar Tunnel.

The two countries’ closest points are just 14 kilometers (9 mi) apart. In fact, it is possible to see the coastline of one country from the other. But the tunnel will not pass through this narrow route because of the presence of hardened rock underneath. Rather, it will run from Cape Malabata, Morocco, to Punta Paloma, Spain, a distance of 28 kilometers (17 mi). The tunnel itself will be 40 kilometers (25 mi) long because of bends.

The tunnel is estimated to cost €6.5–13 billion, and both countries have applied for funding from the European Union. Before settling for the tunnel, both countries proposed building a bridge but abandoned the idea over concerns that it might not withstand the wind and water currents of the region. 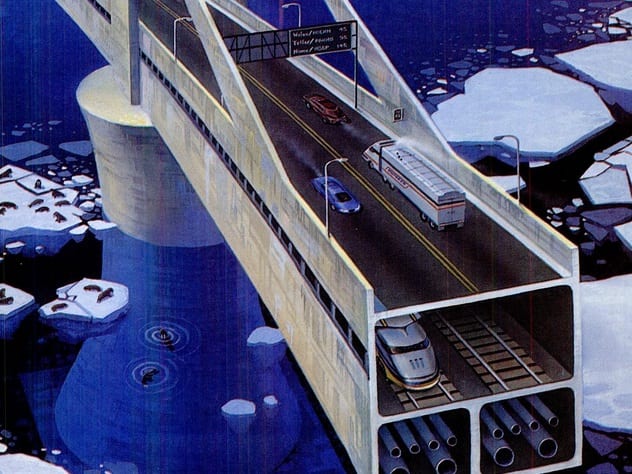 The Intercontinental Peace Bridge is a proposed 88-kilometer-long (55 mi) bridge to link Siberia and Alaska. It was proposed by award-winning structural engineer T.Y. Lin during the Cold War and would be built over the Bering Strait. Lin was so serious about the bridge that he gave President Ronald Reagan a 16-page pamphlet detailing his plans for the bridge in 1986. This move internationalized his idea and won him some fans and critics.

He renewed his proposal in 1994, when he upgraded his plans to include a pipeline network to transport oil and gas from Russia to North America. His revised proposal came after Russia turned its attention to the vast, untapped oilfields of Siberia. The Intercontinental Peace Bridge is not Lin’s only proposal to link two continents. He also proposed the construction of a bridge over the Strait of Gibraltar to link Spain and Morocco. 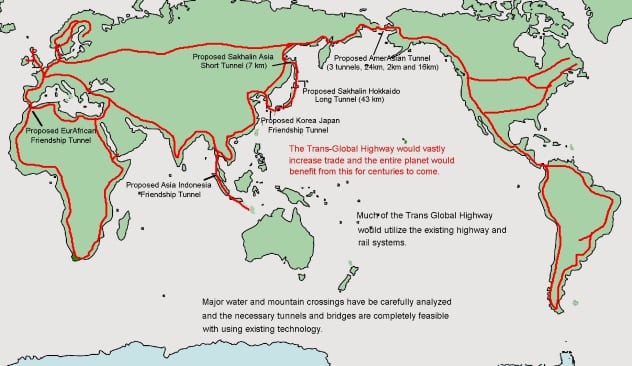 The Trans Global Highway is a proposed highway to link all the continents of the world. It was proposed by Frank Didik. It is not a new highway per se but rather the standardization and connection of existing highways and the construction of new highways and tunnels where necessary. If the proposal is ever realized, it would be possible to travel around the world by road.

Besides the road, the highway would have pipelines for oil, gas, water, and communication cables. Didik believes that the only hindrance to the achievement of the Trans Global Highway is the hatred among various neighboring states, which will refuse to maintain road networks to their neighboring enemies.