There are certain things that have become targets of criminals lately, items some of us might consider ridiculous or wouldn’t expect thieves to go after. But these criminals are targeting them for a reason, and they’re even killing people and endangering the lives of thousands of others in the process.

Most of the time, these items are sought by thieves after they suddenly appreciate in value. At other times, we just cannot say why they’re being stolen. If you own any of the items on this list, we suggest you keep an eye peeled for any criminals who might be lurking around. 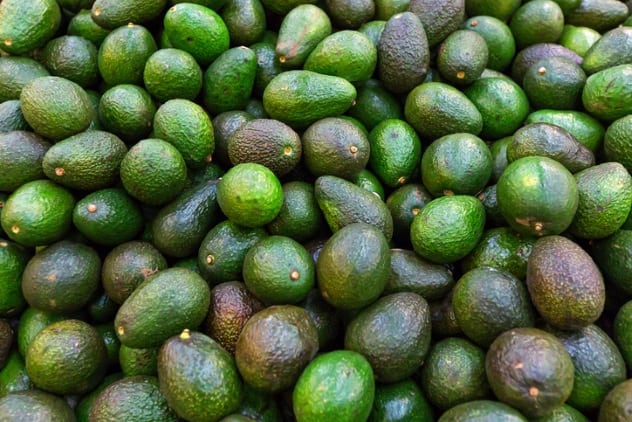 New Zealand is experiencing a serious avocado crime wave. Avocado orchards are being raided and harvested by criminals. In one notable incident, an avocado grower lost $68,000 worth of the fruit in a single robbery. And the avocados weren’t even ripe yet. The stolen avocados are usually sold to local fruit vendors, who resell them to the public.

The surge in avocado theft is related to the rising cost of avocados and New Zealand’s stringent laws on the importation of the fruit. The majority of New Zealand avocado growers export their produce, leaving little left for local consumption. Foreign demand for avocados is also on the increase, making growers export more of their produce. While police have increased patrols around fruit shops, many of the criminals have moved to selling their acquisitions on sites like Facebook.[1] 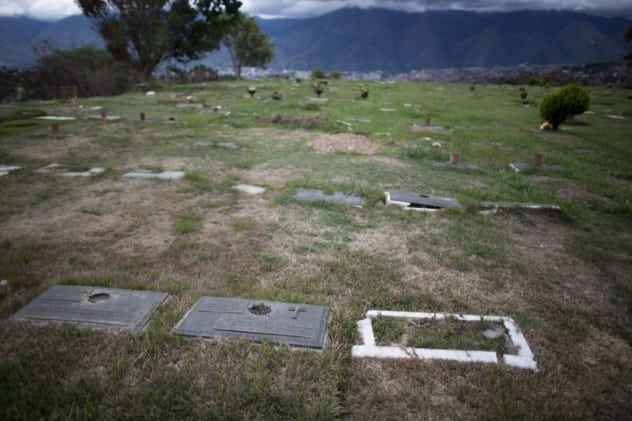 Venezuela is currently experiencing serious inflation and economic crises. The result is that thieves are stealing anything they can lay their hands on. Some criminals have set their sights on graves. They rob mourners during funerals and raid graves after burial to rob the dead. Most of the time, they take any metal they find in the grave, but they sometimes take the bones of the dead, which they sell to occult practitioners.

Other graveyard raiders have zeroed in on headstones. Some 6,000 gravestones have been stolen from one cemetery within the past few months. There are over 200,000 headstones there, which means the thieves will keep coming back. Cemetery authorities have removed several headstones to stop the thieves from removing them first. They say the stones will be replaced with alternatives made of cheap plastic.[2] 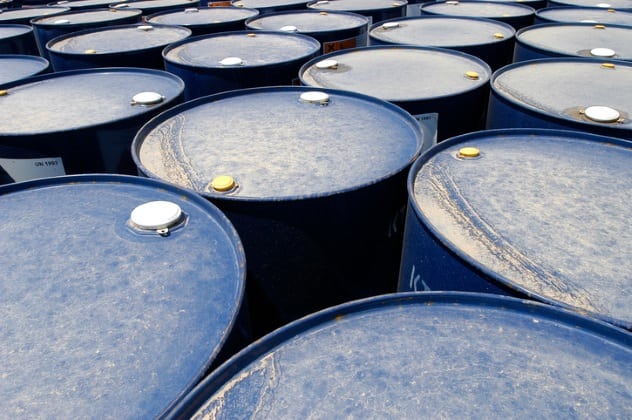 Mexican drug cartels are adding a new business to their illegal enterprise: fuel theft. The surprising shift to fuel is due to several factors. Fuel is one of Mexico’s top exports and a major source of foreign exchange. Also, the ongoing war against drugs has made said drugs more dangerous and less profitable. Unlike drugs, which are often exported to other countries, fuel can be easily sold in Mexico.

Most of the fuel is stolen from the pipelines operated by Pemex, the government-owned oil company that processes most of Mexico’s fuel. To receive insider information about fuel movement, the cartels threaten, harass, kidnap, and kill refinery workers. They usually offer their captives two options: money or death. One worker who refused to cooperate was kidnapped and stabbed so badly that his gallbladder had to be removed. He later fled the country for Canada.

The city of Salamanca, where Pemex operates a major refinery, has witnessed a spike in the number of fuel theft-motivated murders with the past few years. The victims are police officers, refinery workers, and rival fuel thieves. Rival thieves are targets because, as with drugs, the cartels mark their territory and also annex turf from their rivals.[3] 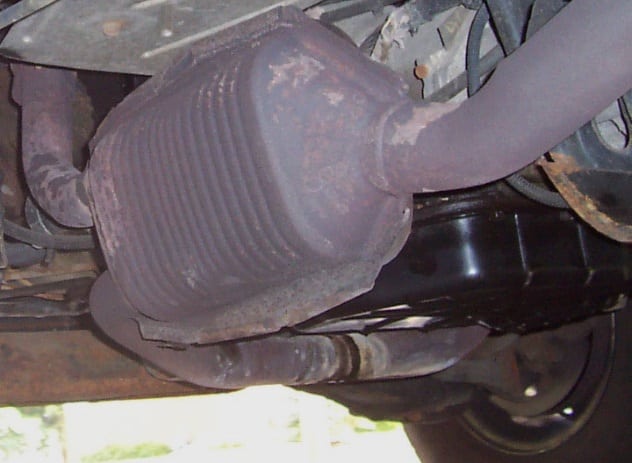 Catalytic converters have been standard in automobiles since 1975. They are part of the exhaust system, and they render toxic emissions leaving the vehicle less dangerous. This is possible due to the presence of metals like platinum, palladium, and rhodium inside the converter. These are the same metals that criminals are after. They sell stolen converters to scrapyards for between $100 and $150. It is the scrapyards that extract these metals from the catalytic converters.[4]

The National Insurance Crime Bureau (NICB) says catalytic converter theft has been on the rise in the US since 2009. Over 4,000 catalytic converters are reported stolen every year, and there are thousands more that go unreported.

Catalytic converters are one of the easiest car parts to steal. Because they are easily accessible at the bottom of the vehicle, all the thief needs is a power saw, which he uses to cut it free. This can take less than a minute, especially if a truck or SUV is targeted. The owner of the vehicle will only realize something is amiss when they start their car. They will observe that their engine is louder than usual. 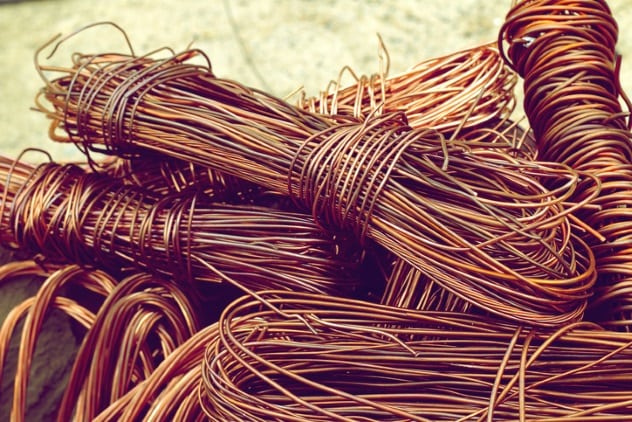 Copper is targeted because, unlike other metals, it is abundantly used and readily available. It can be found in almost every home, street, and machine. In June 2018, one copper thief was electrocuted to death after climbing a light pole to steal its copper wire. In May 2015, a New York train line suffered service delays after the theft of 150 meters (500 ft) of copper wire. This rail line served 775,000 passengers a day.[5]

In April 2008, tornado warning sirens could not be used to warn residents of Jackson, Mississippi, of an impending tornado because someone had stolen the copper wires used for the sirens. In February 2008, 4,000 residents of Polk Country, Florida, were left in the dark because someone stole copper wire from a transformer. A year earlier, communication between airplanes and air traffic controllers in Ohio was threatened after thieves stole 90 meters (300 ft) of copper wire servicing a control tower. 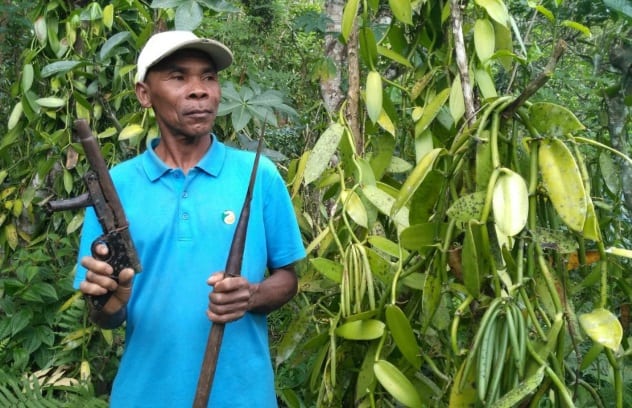 Vanilla theft is the in thing in Madagascar these days. Madagascar is the world’s largest producer of vanilla and the maker of the most favored variant of vanilla. Within the past year, the price of Madagascar’s vanilla sprung up from $100 per kilogram to $635 before settling at $530. This sharp increase in price is what attracted criminals to the business. Armed thieves raid farms to harvest vanilla.

In response, farmers are arming themselves with homemade guns, spears, stones, and clubs and regularly patrolling their farms with the police. Some farmers even sleep in their fields to catch thieves who might come at night. Robbers caught by farmers become instant victims of jungle justice, while those caught by the police are sent to prison. Between 2017 and 2018, the police arrested and imprisoned more than 1,000 vanilla thieves.[6]

The sudden increase in the price of Madagascar’s vanilla is the result of a drought and cyclone that hit the island nation in 2017. A third and often ignored reason is money laundering. Criminals are illegally harvesting rosewood trees from Madagascar’s forests and exporting them under the guise of exporting vanilla. These criminals are said to have close ties to the government.

Madagascar experienced its first vanilla crime wave in 2017, forcing many farmers to harvest their crop earlier than usual. The result was an instant drop in the quality of the vanilla that Madagascar is renowned for. Some importers even sent the vanilla back. This forced the government to ban farmers from harvesting their vanilla early.

However, some farmers are determined to harvest their vanilla early over fears it could be taken and sold by criminals. Nowadays, police and vigilantes on the lookout for vanilla thieves are also watching for farmers harvesting their vanilla too early. 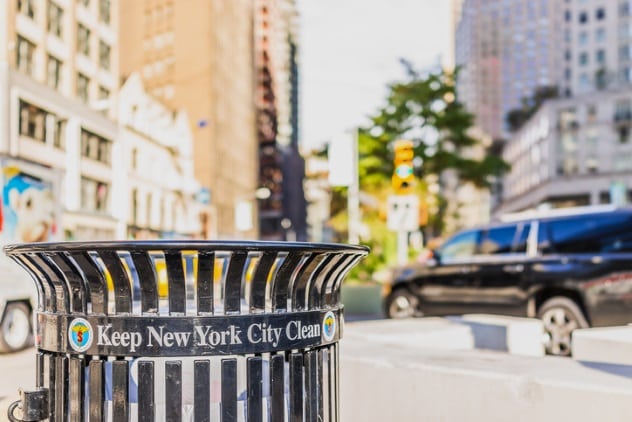 In early 2018, Manhattan was hit by a wave of criminals stealing roadside trash cans, sometimes with the trash inside. Why? No one knows. The 125-kilogram (275 lb) trash cans sell for $1,000 each, but the thieves will not be able to sell them for more than $22 each, if they’re even able to sell them at all, according to scrap metal resellers.[7]

The rest of New York City experienced similar crimes the previous year, albeit with cheaper steel mesh bins. These bins weigh 15 kilograms (32 lb) and cost $125 apiece. But the thieves will be unable to sell them for more than $2. The New York Sanitation Department denied the claims that thieves were stealing the bins.

A spokesperson stated that the bins were only relocated to other spots by residents, although she confirmed that 100 bins went missing every year. How? She never explained. Besides the obvious contradiction in the denial, it is surprising that the sanitation department even bothered to issue one, since another worker at the department had been responsible for exposing the theft of the bins. 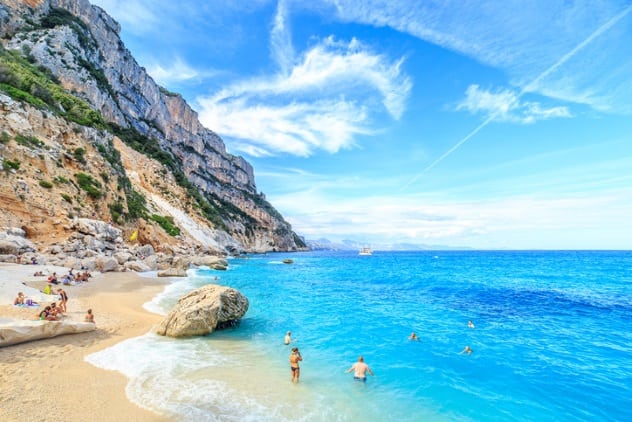 Sardiania boasts of some of Italy’s cleanest and most beautiful beaches, so it is no surprise that tourists usually want to leave with a bottle or bag of sand as a souvenir. However, sand theft has become such a huge problem that the government is complaining. The small bottles and bags of sand that the tourists are taking might look innocuous, but they add up. Every year, the sand recovered from the luggage of tourists leaving the country amounts to tons.

Italy has banned tourists from taking sand from its beaches and slams fines of up to €3,000 on violators. Signposts have also been erected along the beaches, warning tourists not to steal the sand, while vigilantes run frequent patrols to ensure that no one is packing sand into bottles or bags. The German embassy in Italy has also issued warnings to German tourists not to take the sand. Besides sand, tourists are also fond of taking stones and molluscs from the beaches.[8] 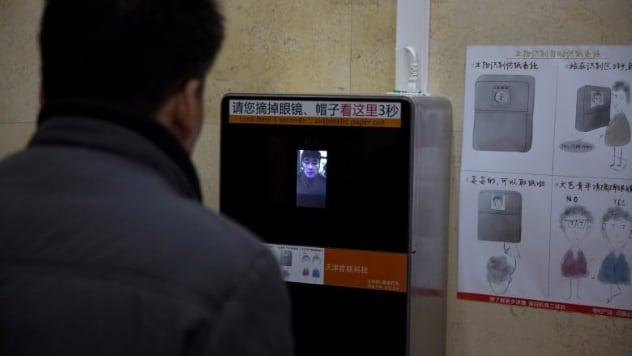 Toilet paper theft is a problem in China. People are just fond of stealing it from public toilets. Most businesses and tourist attractions even refuse to stock toilet paper in their toilets for this reason. The Temple of Heaven Park found a unique solution to this: toilet paper dispensers with facial recognition technology.[9]

Before using the toilets at the temple, visitors are required to stand in front of the dispenser, which takes a picture of their face before issuing 0.6 meters (2 ft) of toilet paper. To prevent abuse, the machine will only dispense tissue to the same person at nine-minute intervals. The dispensers have been criticized by some, who say the amount of toilet paper provided is too small. And did we mention the dispensers cost $720 apiece? California experienced a surge in water theft during their drought in 2014. People just kept stealing water from private tanks, rivers, and fire stations. One affected fire station was responsible for fighting forest fires. The theft itself was uncovered at a time when forest fires were usually at their highest. The majority of the crimes were traced to illegal marijuana growers, who used the water to grow their plants.

In the UK, Thames Water, a private water utility company, has experienced severe water theft. It has even hired a dedicated team of investigators to find out who is stealing its water. Between 2011 and 2017, incidents of water theft in London and the Thames Valley increased from 33 to 734, leading to a loss of 2–3 million liters (528,000–793,000 gal) of water every year.

The loss was not the problem; the company was being fined for it. Since it is impossible to know the exact amount of water stolen, the Water Services Regulation Authority (Ofwat) considers it as leakage and fines water companies appropriately. In 2017, Thames Water received a record fine of £8.55 million.[10]

Read about more crazy cases of theft on 10 Women Who Stole Other Women’s Babies and 10 Of The Most Fascinating Thieves Of All Time.