Facial recognition technology (FRT) is one of the most controversial new tools. First developed in the 1960s, it has recently become accessible to the mass market—to both law enforcement and private consumers. FRT has the potential to eliminate the need for pass codes, fingerprint data, and even keys. However, it could also end privacy as we know it.

While it might be the future of policing, medicine, and banking, FRT exhibits racial bias and security vulnerabilities. Some even claim it can be used to determine sexual orientation. Given the power of this emergent technology, concerns about its use in the wrong hands are justified. 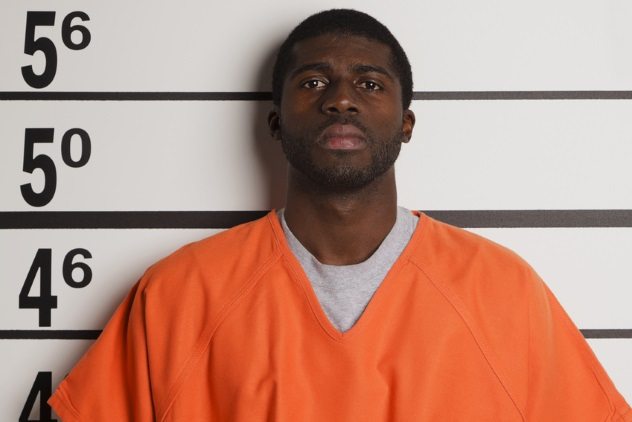 The United States suffers from a systemic problem of racial disparities in traffic stops, stop and frisks, and arrests. African Americans are arrested at twice the rate and surveilled at nearly three times the rate of any other race. Unfortunately, it turns out that FRT often fails with this exact demographic. As police come to rely more on a technology with latent bias, the implications become staggering.[1]

In 2012, a study conducted using mug shots in Pinellas County, Florida, discovered racial bias. The technology proved five to ten percent worse at identifying African Americans compared to Caucasians. One of the technology companies evaluated, Cognitec, is already employed by law enforcement in Maryland, Pennsylvania, California, and beyond. “If you’re black, you’re more likely to be affected by this technology, and the technology is more likely to be wrong,” testified House oversight commission ranking member Rep. Elijah Cummings. “That’s a hell of a combination.” According to Apple, the iPhone X’s new biometric authentication method cannot be fooled. However, a mere ten days after the phone’s release, Vietnamese Security firm Bkav announced that it foiled Apple’s FRT technology with a 3-D printed mask. The mask contained a plastic frame of the face, paper cutouts for the eyes, and a silicon nose. All totaled, it cost around $150.[2]

No one has replicated this experiment. Apple claims it is not possible. Wired magazine hired Hollywood makeup artists to recreate the experiment. They failed. However, lower tech methods have proven successful. Carnegie Mellon researchers discovered that accessories like scarves, hats, sunglasses, or even face paint can confuse the nascent technology. “Technologies slowly over time learn how to be secure,” notes cybersecurity expert Stu Sjouwerman of KnowBe4. “A pin code or credit card number is something that can be deleted. Your face and fingerprints stay with you forever.” 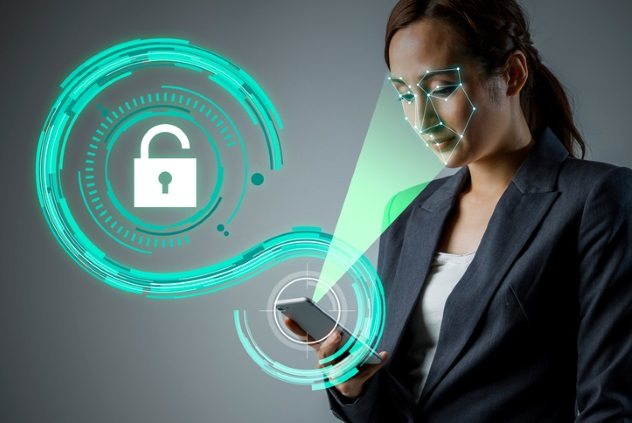 On December 13, Apple announced a $390 million investment in the company that makes the hardware for the iPhone X’s FRT. Finisar’s vertical-cavity surface-emitting lasers are essential for Face ID, Portrait mode, and Animoji selfies, TrueDepth camera, and proximity sensing for AirPods. Apple will purchase ten times more of these lasers this quarter than Finisar has produced in the last three-month period.[3]

Apple’s massive investment sent shock waves throughout the technology world. Not only did Finisar’s stock leap more than 30 percent, but competitor Lumentum Holdings fell by ten percent in premarket trading. The investment came from Apple’s $1 billion Advanced Manufacturing Fund. This is designed to finance domestic manufacturers and create jobs in the US. Founded in 1988 and employing 14,000, Finisar was desperately in need of a lifeline. After putting up disappointing numbers the first two quarters of 2017, the company’s stock had tumbled 40 percent this year.

In September 2017, Stanford University researchers announced that they had devised software that could determine sexual orientation through facial structure. The algorithm was able to identify homosexual men 81 percent of the time. When shown five photos of each man, its success rate increased to 91 percent. With homosexual women, it had a 71 percent success rate. With five photos, success with women rose to 83 percent. Using the same photos, human observers attributed male sexuality correctly 61 percent of time and 54 percent of the time for women.

“Gay faces tended to be gender atypical,” noted researchers Michael Kosinski and Yilun Wang. “Gay men had narrower jaws and longer noses, while lesbians had larger jaws.” Kosinski and Wang hypothesize that sexuality may be related to hormone levels the fetus is exposed to in the womb. These hormones, particularly testosterone, are known to play a role in determining facial features.[4]

6 The Future Of Medicine 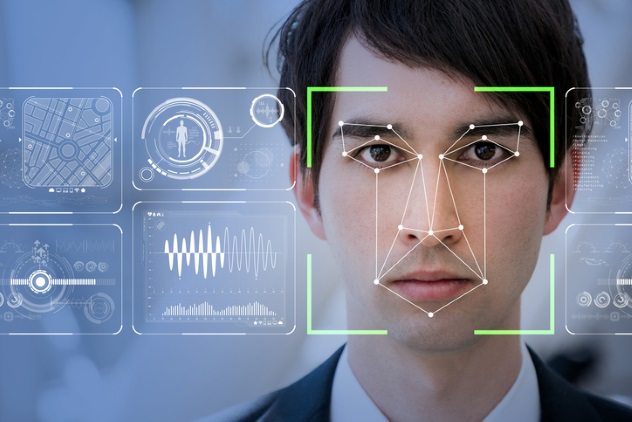 Researchers from Australia’s Macquarie University have harnessed FRT to detect physiological health. Team leader Dr. Ian Stephen noted: “We can determine information about a person’s health simply by analyzing their face, supporting the idea that the face contains valid, perceptible clues to physiological health.” Dr. Stephen and the team trained a program to correlate BMI, body fat, and blood pressure with face shape.

Dr. Stephen’s team tested whether humans could detect health cues the same way as FRT. When the system was equipped with a feature that allowed participants to change their face shape, they invariably opted to alter their appearance to “look lower in fat, have a lower BMI, and to a lesser extent, a lower blood pressure, in order to make them look healthier.” This suggests we process faces for clues to physiological health the same way the computer program does—likely to aid in mate selection.[5] 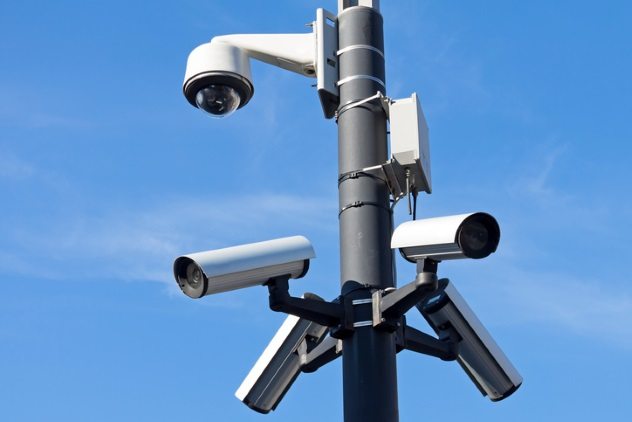 China wants to dominate FRT. The country is in the midst of constructing “the world’s biggest camera surveillance network.” Currently, 140 million CCTV cameras are already in action. Over the next three years, they plan on introducing 400 million more. Many of these are equipped with facial recognition software.[6]

In China, you can use your face to pay for coffee, visit attractions, or even withdraw money from an ATM. Some cities even use FRT to shame jaywalkers. After being videotaped in the act, their names and faces are plastered on displays. In December 2017, Shanghai announced the introduction of “intelligent” ticketing systems in its subway. Relying on both voice recognition and FRT, the system will theoretically ease strain on one of the world’s longest and busiest mass transit centers. Because FRT is still in an emerging stage, travelers will need to supply photos to a database for verification in the new system. 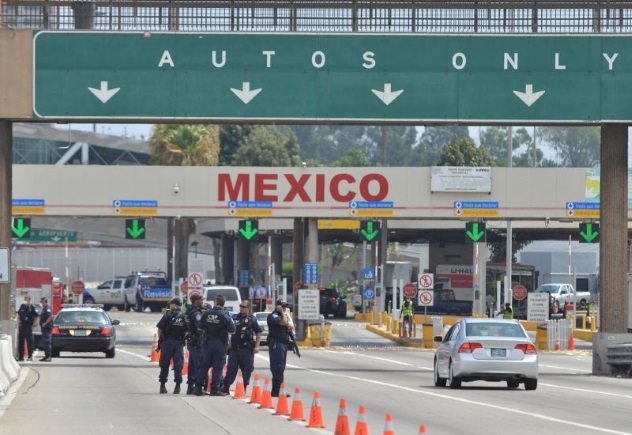 In November 2017, the US Department of Homeland Security hosted a massive convention in Menlo Park to set private companies against each other to design FRT for US border crossings. Their goal: to be able to identify individuals traveling in a car at 40 kilometers per hour (25 mph) in a light rain. The desire for this technology is so great that they are willing to accept a 70 percent initial error rate.

This January, Donald Trump signed an executive order expediting biometric security at border crossings. A focus on border security “by any means” indicates a potential gold rush for FRT vanguards. Conference organizers explained, “We want competition. We want them to do better and better.” However, not everyone is thrilled about the marriage between homeland security and private firms. Potential abuses of FRT become almost unavoidable. Harrison Rudolph of Georgetown University’s Center on Privacy and Technology noted that many of these programs simply “aren’t ready for takeoff.”[7] 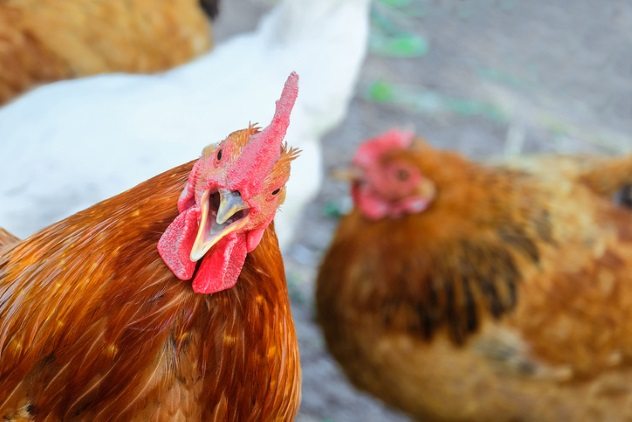 This month, Chinese company ZhongAn Online announced the introduction of FRT to chicken farming. The “GoGo Chicken” project will create a database of 23 million birds over the next three years. The FRT will allow real-time monitoring of fowl. The project targets high-end urban consumers who are conscious of labels like “organic” and “free-range.”

“Food safety is a highly concerning topic,” notes CEO Chen Wei. He sees GoGo Chicken dovetailing with “farm-based tourism,” a growing trend among young urban professionals who seek to escape the confines of the city. There is a financial incentive behind the use of FRT. The more transparent livestock practices become, the cheaper credit assessment costs become.[8]

ZhongAn isn’t the only company that is using FRT to identify animals. Recently, Google introduced technology that allowed the identification of people’s pets. This Google Photos feature works on both dogs and cats. 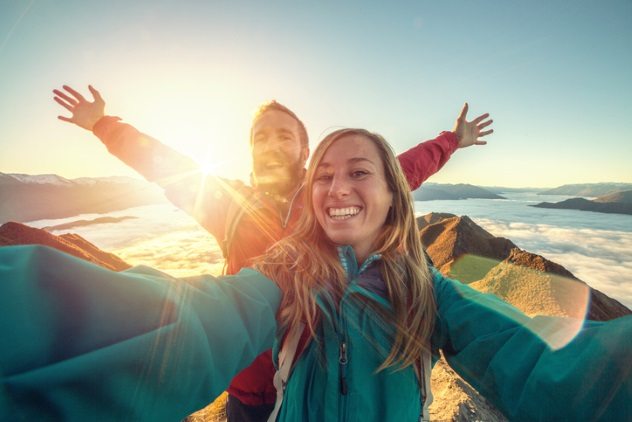 In 2015, a class action lawsuit was filed in Illinois that accused Facebook of collecting biometric data without permission, something specifically outlawed in the state. Consumer privacy legislation is the bane of companies like Facebook, whose business model is predicated on collecting consumer data and using it to sell targeted ads. Currently, there is no federal legislation against the sale of biometric data—nor has any been introduced.

Facebook is moving beyond FRT to find ways to identify people from blurry photos based on posture, clothing, hairdo, and body shape. In June 2015, the company announced that this experimental recognition algorithm performed with 83 percent accuracy.[9]

This month, Facebook submitted a patent for a technology that allows brands to focus in on users based on their social media activity and facial expressions. The company’s goal is to facilitate “improved customer service to visiting customers of a brick-and-mortar location.” In March 2016, a Russian company announced the introduction of an app that could identify the faces of strangers in a crowd with 70 percent reliability. FindFace works by comparing photos to 200 million profile images on a Russian social media platform. Developed by Artem Kukharenko and Alexander Kabakov, the app provides users with the closest match and ten possible alternatives. Kabakov points out that FindFace is not just for stalking strangers. “You could just upload a photo of a movie star you like, or your ex, and then find 10 girls who look similar to them and send them messages.”[10]

In September 2017, Moscow announced that it was equipping 5,000 of the city’s CCTV cameras with FindFace. The technology will automatically check live footage against a database of wanted individuals. In two months of operation, the city claimed to have apprehended six people as the result of the technology.

A leading authority on occult music, Geordie McElroy collects incantations and spell songs for the Smithsonian and private collectors. Dubbed the “Indiana Jones of ethnomusicology” by TimeOutLA, he is also front man of Blackwater Jukebox.

Read about more emerging technologies on 10 Unintended Side Effects Of Newly Emerging Technologies and 10 Implausible Technologies From Fiction That Are On Their Way.