Christmas is coming, and fast. Last minute shopping is underway, and the temptation to pick up a ton of cheap toys and go quantity over quality is getting ever stronger. If you haven’t picked up any of this year’s crop of presents yet, the temptation is even stronger, and if you were to happen across a big box of cheap vintage toys you probably wouldn’t think twice about scooping it up and taking it home to your kids.

You definitely should not take home any of the toys on this list, however, because if they don’t outright kill you, they have a good chance of at least maiming you or causing some good old fashioned brain damage. Thankfully, most of these toys have long been pulled off the shelves, and you’d have to go out of your way to find them…but God help you if you do.

See Also: 10 Terrifying Toys From The Past 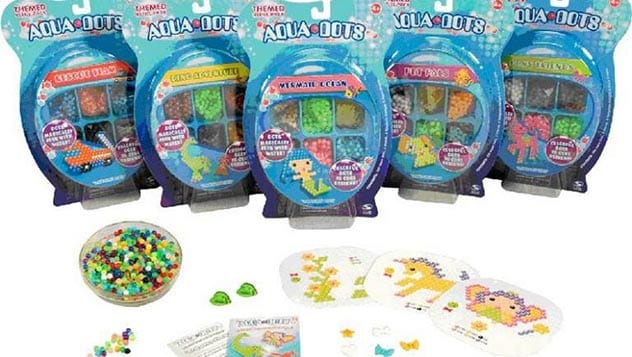 Aqua Dots seems like the safest thing you could buy as a present for your kids. They’re just soft little beads that stick together when exposed to water. No heat, no messy glue, and they’re small enough to be vacuumed out of the rug if spilled. What could possibly be the harm in buying them for your child?

Well, as we all know, kids like to swallow just about anything they can get in their mouths. Unfortunate, when it comes to Aqua Dots, that can be deadly, because Aqua Dots, when digested, turn into GHB, the date rape drug.

One child, having swallowed a handful of the little beads, had a seizure and then fell into a coma. He did eventually awaken from it, but suffered permanent brain damage as a result. 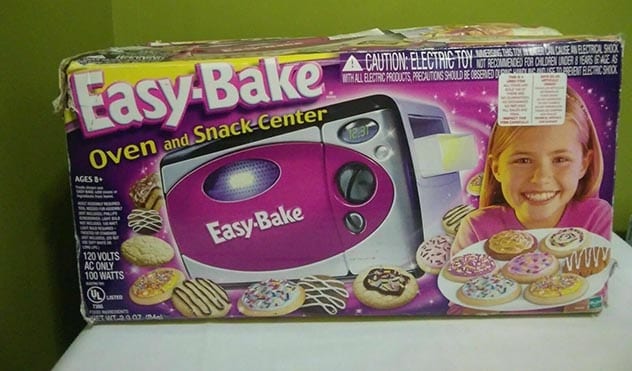 Can someone please explain to me why you would give a child an oven?

Easy Bake Ovens are small, true, and they are heated using a light bulb, yes, but they also reach temperatures of 350 degrees. That’s hot enough to bake a chicken breast! Not to mention the several cakes, cookies, pies, and other assorted treats that come in the little boxes of Easy Bake Oven mix.

In 2007, Easy Bake Ovens suffered a recall not once, but twice within a few short months of each other after several children got their fingers caught in the doors and burned them, often severely. One child reportedly even had to have portions of her finger amputated after the little powerhouse of an oven cooked it to the bone! 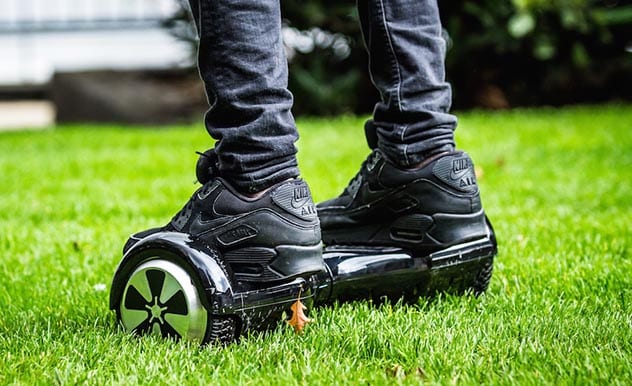 We’re in the future, and it’s bright! Extremely bright, in fact, from all the fires. Hoverboards were long considered a staple of the ideal future, a sign that we had finally arrived at the peak of technological advancements.

What we got was…not as great as we had hoped. For one thing, the hoverboards had wheels, making them less hoverboard and more like a Segway without handlebars. Secondly, the darn things kept bursting into flames at the worst possible time, which is to say, anytime, ever.

Why were they bursting into flame? Well…we don’t know. Some of the reported explosions of fire and melted plastic happened with the hoverboard was simply sitting still and unused.

On the bright side, this is a great way to burn down your business for the insurance money and not get caught! 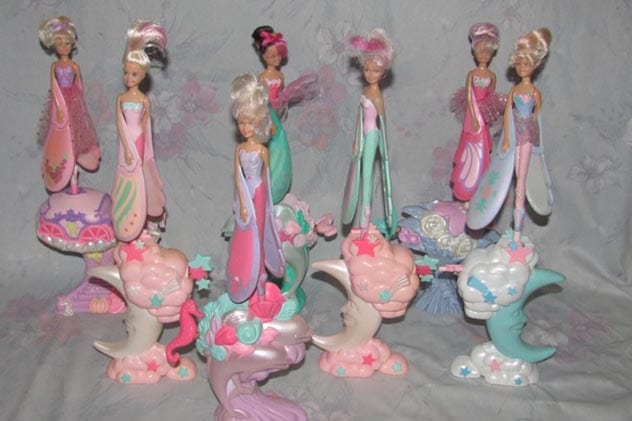 For a short time, every girl’s dream was to have a Sky Dancer doll. Like a mix between a Barbie and a Beyblade, these little fairy-esque toys would soar in the air, spinning in circles, blade-like wings whirling away…right into your face, where they would proceed to slice and dice you like a discount ham.

Sky Dancers were beautiful, but so, so dangerous, and would apparently often rocket right into your face and slice at any bit of unprotected flesh they could access, including eyes.

Not suitable for children, but great for a ranged weapon in a 90s themed battle. 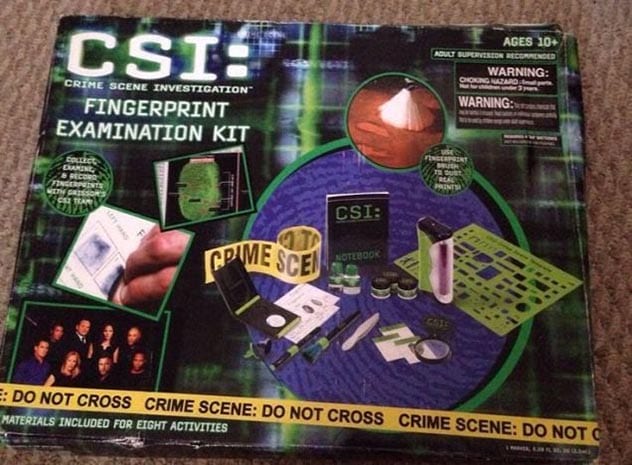 Is there anything more fun as a child than pretending to be a crime scene investigator? You get to feel smart, and catch the bad guy by simple mistakes he can’t help but make. With the CSI Fingerprint Examination kit, you could play this little game even better, picking up actual fingerprints to inspect and compare. Finally, you can solve the mystery of who really took the last cookie from the jar!

Then, of course, you get cancer and die, because the fingerprint powder contained asbestos. In fact, the powder was roughly 7% asbestos, which is more than enough to give you mesothelioma (and render you eligible for financial compensation).

The mystery that should have been solved here is how this ever passed any safety checks. 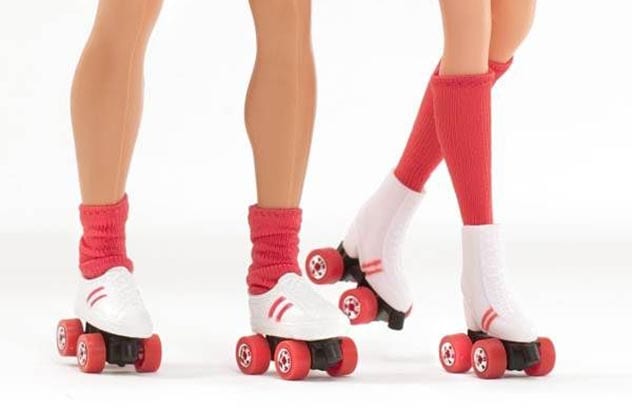 Barbie has more careers, expertise, and hobbies than I can count, but one of the forgotten hobbies that few remember is roller skating. Barbie is allegedly quite skilled at it, moving so fast on her skates that she leaves a trail of fire in her wake. Literally.

Rolling out in the 1980s, Roller Skating Barbie was a big hit, until it was discovered that her skates were literally creating sparks that would light anything even a little flammable like a candle.

After a few fires and burns, Roller Skating Barbie (and the matching Ken) were discontinued and recalled, never to be seen again. 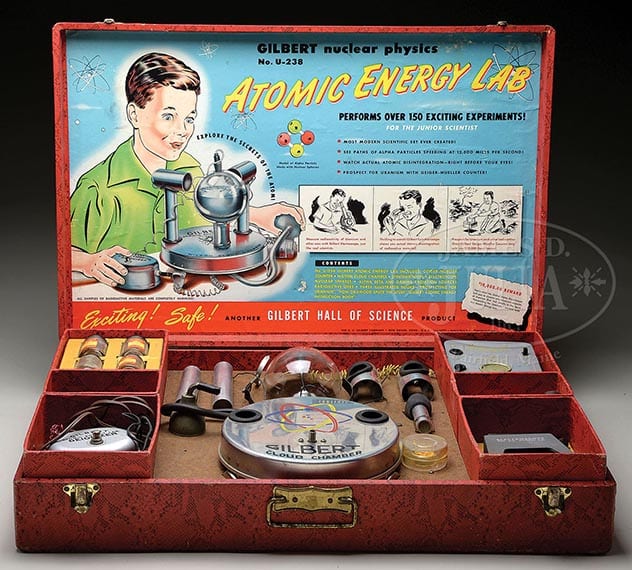 Remember earlier, when I mentioned safety checks for toys? Apparently, they didn’t have those in the 50s, because this little mutant making wonder toy fell into the hands of thousands of children across the US, despite the fact that it contained 3 different samples of active uranium ore.

The kit also contained a small lab with which to examine the materials, and a Geiger counter, in case you wanted to know the exact dose of radiation you were getting that was making your skin green and itchy. 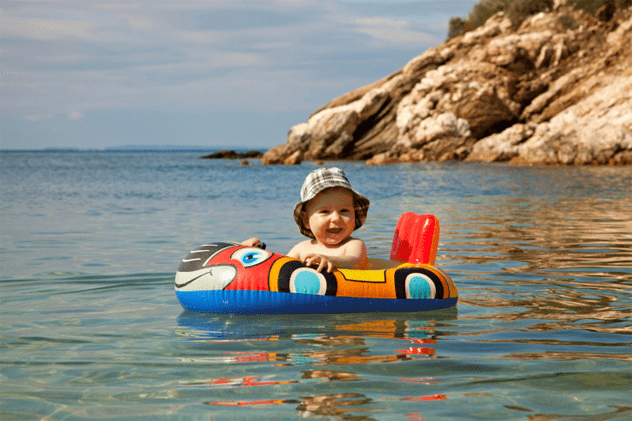 Imagine this: it’s summer, and you’re throwing a party to celebrate the fact that you’ve gotten a new pool. One of the big, deep ones, the kind that they show elephants stomping on in the commercials. You have your baby in the pool with you, in the little Baby Boat you just bought her. You look away for a second, but you hear the sound of tiny stitches popping. You swing back around just in time to see your baby slip under the water, headed for the bottom.

This was a situation that faced many parents after the Baby Boat from Aqua Leisure was found to have a defect in the stitching of the seat which, when it ripped (as it was fond of doing) dumped the babies straight down into the water, where several almost drowned. 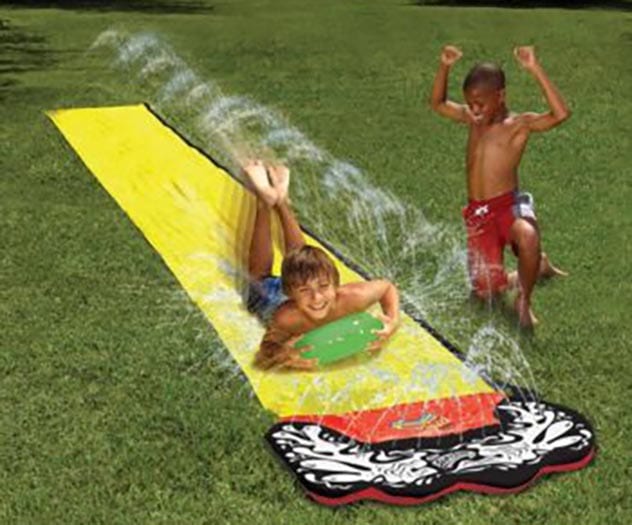 Welcome back to summer. Your baby almost drowned in the pool, but you got her out just in time, thank goodness. You decide to set up another activity: a Slip-n-Slide, a can’t-go-wrong classic that keeps your party going.

The kids love it, the parents love that the kids are entertained, and all seems well until your husband decides to be a clown and just on the Slip-n-Side as well. Things are going good! Until he hits the end the the slide and nearly breaks his neck (and definitely slips a disk or 3) being thrown onto the grass from a sudden stop. The extra length and weight of an adult means extra speed, and extra speed means a sudden stop is more deadly than ever!

Some toys, it seems, are for kids only! 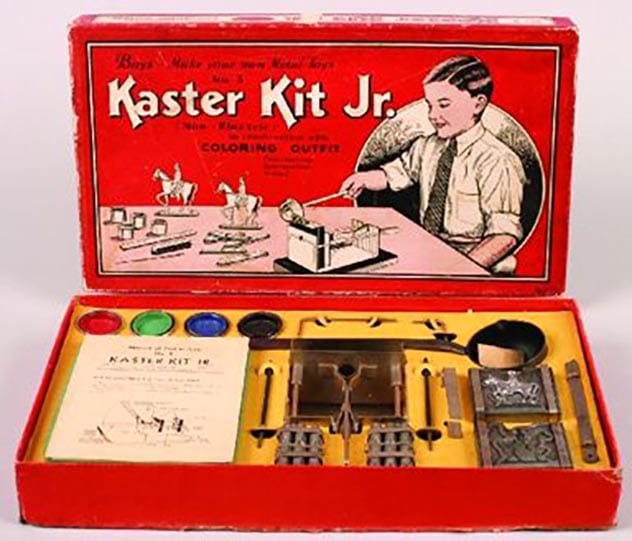 These guys again? Last time we saw them, they were letting kids play with radioactive materials. Let’s see what they’re up to this time!

According to the description of the product, you simply cast your own little soldier toys and paint them lovingly. Well, that sounds really nice actually! What could be the problem?

Oh, right, you were meant to cast the soldiers out of melted lead. Real, actual, brain damaging lead, the kind that, you know, gives you brain damage. Or poisons you and sends you to the hospital.

This product has been off the shelves for decades, but it’s still incredible that a toy so damaging to your health could even get on the shelves at all!

Then again…it could explain quite a bit.

For more lists like this, check out 10 Classic Toys And Games That Are Older Than You Think, and Top 10 Toys Parents Dread