Hannibal took his war elephants over the Alps. Did he, though? Turns out that yes, yes he did. But we tend to take these little nuggets of trivia as fact a bit too often, allowing for many examples of factoids, imbalanced narratives and even out-and-out revisionist lies to become part of our collective understanding of the past. For more of these misunderstandings read 10 History Myths Still Taught As Facts. 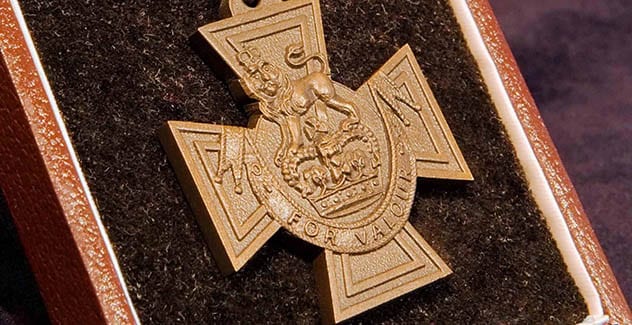 False Fact: Every Victoria Cross Medal is Made from the Bronze Captured Russian Cannons

It is an incredible honour for any British serviceman to be awarded the VC, equivalent to the US Medal of Honour, only given to the most daring, self-sacrificing soldiers. From men who conducted incredible solo raids, capturing and eliminating many enemies to amazing acts of selfless rescue, many times involving taking heavy enemy fire in order to save a fallen comrade. These stories are true, but the origin of how each medal is manufactured seems to be a fanciful myth, quite often trotted out in an official setting.

The story seems to have been originally propagated after a report in a 1847 newspaper covering a medal ceremony in Hyde Park. The honour bestowed upon the recipients doesn’t really need to be mythologized when the actions of the individuals who win the right to wear this highest of honours will serve just fine. Truth, in this case, is far more compelling than fiction.[1] 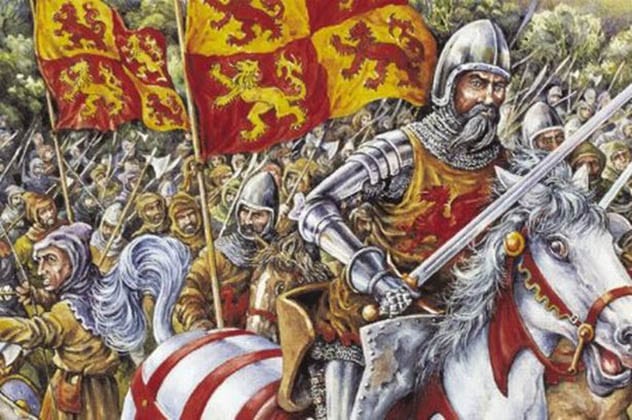 False Fact: During the many Conflicts of the Dark Ages and Medieval Period, it was Nation vs Nation.

“For Alba!” cried no person in this era. The idea of fighting for one’s country is a very modern one, along with the ‘national’ identities held by many. The romantic notion of a nation, assembled behind their King or Queen, amassing a great force in order to repel an invading army is exactly that—a romantic notion. When Britain was a collection of petty kingdoms, many of the largest conflict occurred between rival factions from within what would now be known as England; Wessex and Mercia going head to head or rival Welsh Kingdoms like those of Gwynedd and Dyfed spring to mind. But even is such cases as these, it was often two groups of paid soldiers fighting for a pay master, no particular ideology. Even more confusing is the fact that many of these petty kingdoms provided soldier to fight alongside what would be considered their natural enemies.

Case in point, Owain Glyndwr, Welsh rebel hero and cultural icon, rebelled against English rule, conquered vast swathes of his native land and started advancing into England itself before mysteriously disappearing. Why did he do this? Some of his land was confiscated by the crown and given to a non-Welsh lord. It was a case that pertained as much to a property gripe as it did to an overarching will for freedom. Nevertheless, this was still Wales vs England, right? Well, when you consider that King Owain’s main rival army was led by a fellow Welsh noble named Dafydd Gam (Dafydd the Lame), it muddies the water. In a time before nation states, national honour simply wasn’t a thing.[2]

False Fact: The Pyramids were Built By Slaves

Who better to complete a vast building project than a bunch of malnourished captured foreigners that you beat to a pulp if they aren’t meeting quotas? Certainly not a fully-paid, well respected workforce of craftspeople who you honour in life and remember after they die…Yes, actually, that does sound more efficient. The persistent demonization of past civilisations has been as persistent in academia and pop culture as the glorification of fallen empires. Things are seldom that simple or that binary.[3] 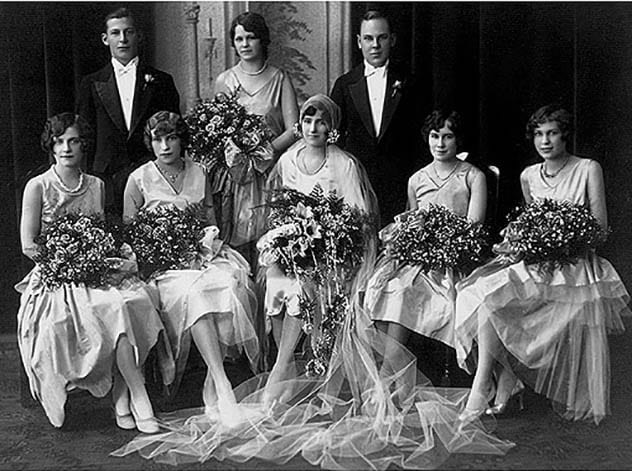 False Fact: The Victorian Age was one of Puritanical Prudishness

You’d be forgiven for believing that the motto of the British Empire throughout the reign of Queen Victoria may have been “Well, I never” accompanied by an obligatory release of one’s monocle into a china cup, (or, in the case of finding yourself being a lady, fainting with the back of one’s hand gently pressed to one’s forehead). The legendary prim and proper behaviour associated with this era is, of course, nonsense.

With up to a third of working class brides already ‘up the duff’ when walking down the aisle, you’d imagine that a slightly more liberal outlook was common regarding sexuality. The era also gave us Leopold von Sacher-Masoch, whose writings gave rise to the coining of the term ‘masochism’—a phenomenon widely-observed enough in the era to merit naming. Given that monocle prices remained steady in the era, we can also deduce that the cases of ruination of eyewear via bone china collisions remained low…[4] 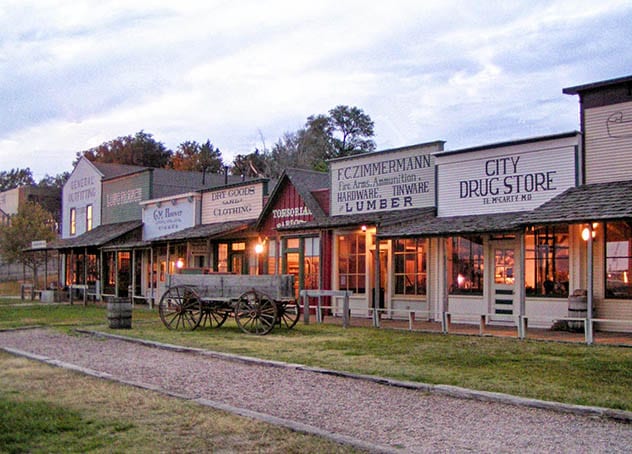 False Fact: The ‘Wild West’ was a Chaotic, Violent Place

It could be violent, but no more ‘violent’ or ‘chaotic’ than pretty much anywhere else in the era. How many ‘HH Holmes’ or ‘Jack the Rippers’ prayed on the towns of Tombstone or Deadwood? The notion of the Old West being a frontier, a hard place to start trying to eke out a living may well contribute to the pervasive myth that it was a lawless and anarchic place to live. But is there any evidence that it was a violent place? Not really.

Many of the most notorious western cattle towns had comparatively low murder rates, coupled with some modern statistical gerrymandering in order to compare today’s rates to those of the past, builds on this a priori position—in 1880, your chance of being murdered in Dodge City was 1 in 996, whereas in 1980 Miami, touted as the murder capital of the world at the time, your chances of being slain was 1 in 3058…problem is there was 1 murder in Dodge City in 1880 amongst a population of 996. There is no discussion as to the nature of the crimes nor the reactions of the populace and scaling this number up is moot. One murder in a calendar year doesn’t exactly seem like a crime wave.[5] 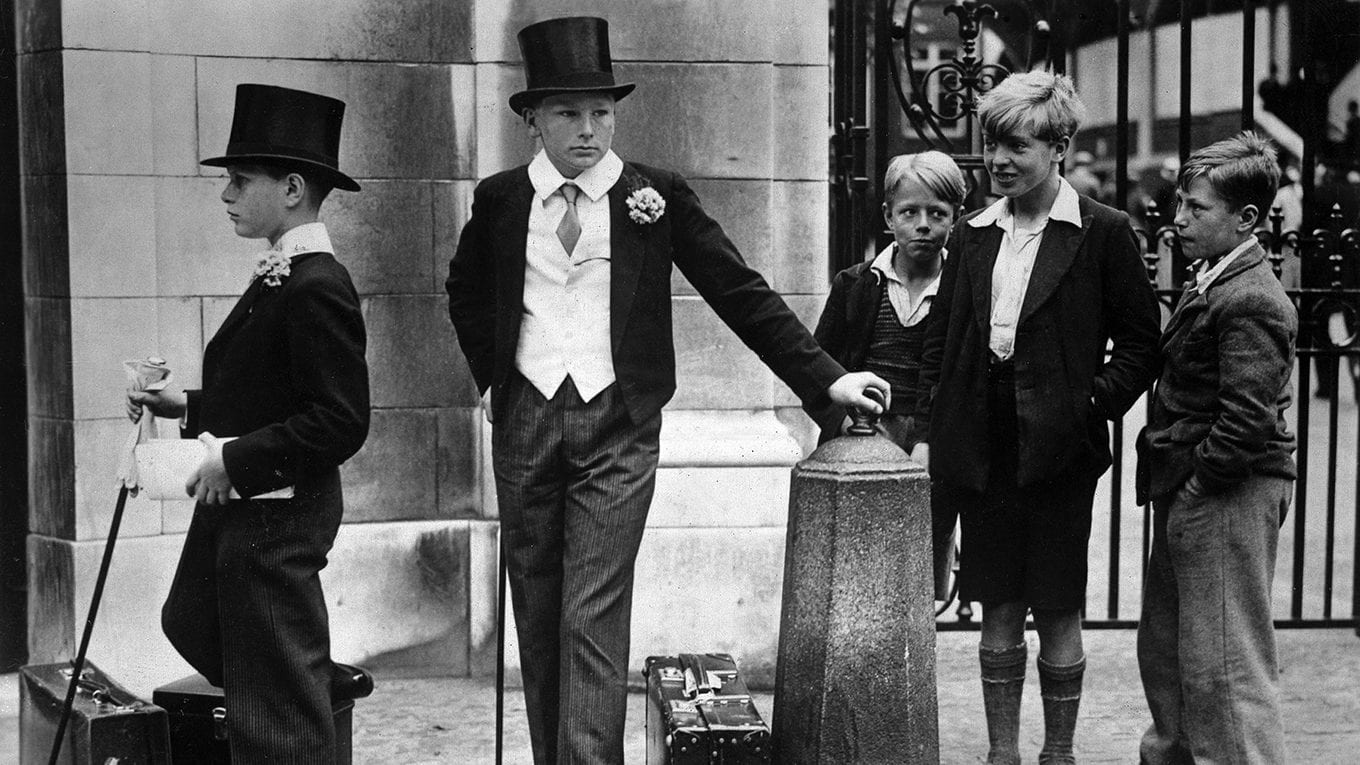 False Fact: The Battle of Waterloo was ‘Won on the Playing Fields of Eton’

This is quite a simple one to debunk, but perhaps in an unexpected way. You may think that it’s a case of good, working class men rising through the ranks, a de-centralised command structure ceding the ‘true’ decision making to these men, thus meaning the mean streets of London and the impoverished, rustic farmlands of English counties the true breeding ground for the victors at Waterloo. Or perhaps the multi-national coalition that could possibly all have gone to Eton, with only 1 in 8 being English?

It’s a bit more obvious than that—from the time Wellington attended Eton to the battle of Waterloo, Eton had no playing fields. The quote can be traced to a French author named Charles de Montalembert who wrote a book on English politics in 1855, 40 years after the battle.[6] 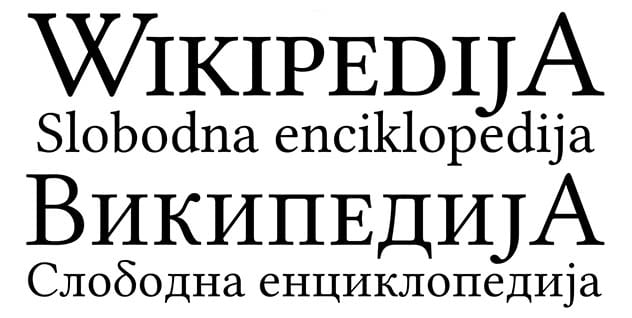 False Fact: A lot of Stuff you read on Croatian Wikipedia

Did you know that there was a concentration camp in Nazi-aligned Croatia that saw around 100,000 prisoners killed? Maybe you did, but if you are a Croat wanting to learn about the infamous Jasenovac camp, also known as ‘The Auschwitz of the Balkans’, you may believe it was merely a ‘collection camp’ used to house enemies of the state and that most of the modern interpretation and historical documentation of the killings are up for debate (as evidenced by the Croatian Wiki entry giving over 40% of the word space to discussing possible conspiracy theories).

This is a clear example of historical revisionism coming from a position of political and ideological bias. But, it is fair to say, when you have an open, publically edited site such as Wikipedia which purports to be an ‘encyclopaedia’, this is what we run the risk of getting. Scary stuff.[7] 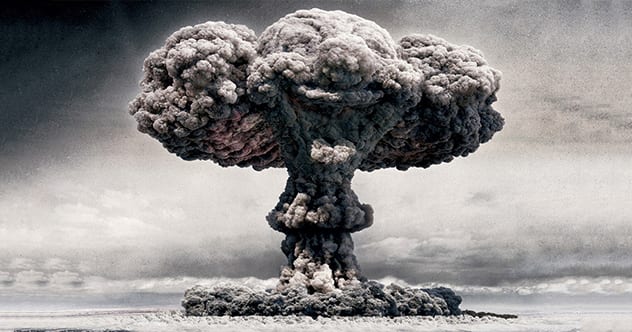 The attack on Hiroshima resulted in between 90,000 and 146,000 deaths and the attack on Nagasaki resulted in up to 80,000 deaths. Are these the most devastating attacks of the Second World War? By way of a single device—Yes. Was it a new, terrifying way that many targets died -Yes. Were there significantly more deaths in the atomic attacks on these Japanese cities than traditional bombings? Not at all. The bombing of Tokyo on March 10th, 1945 resulted in over 90,000 deaths, possibly over 100,000 deaths and over a million civilians left homeless. This exceeds the total death count of Nagasaki and may be higher than Hiroshima. When you compare the pictures of Tokyo, Hiroshima and Nagasaki after their respective attacks, you’d struggle to tell them apart. To quantify the subsequent deaths from privation and particulate inhalation in the case of Tokyo and radiation borne illnesses in the cases of Hiroshima and Nagasaki is rough estimation, rendering any measurement of total destructive power difficult. Although the dawn of the Atomic age was certainly a monumental and horrifying development in warfare, it is clear that by total deaths, it was the resource efficiency and that counted, not the amount of deaths they produced.[8]

False Fact: Erwin Rommel was a Chivalrous, Genius-level Military Genius who was Ambivalent (or Even Opposed) to Hitler and the Nazi Ideology

This one can be counted as ‘sort of’ true in bits. The pervasive nature of this narrative isn’t so much an out-and-out lie as it is a romanticization that has been referred to as the ‘Rommel Myth’ by some historians. The German Bundeswehr (the current German unified armed forces) seems to have fully accepted the mythos built up around the architect of the (initially)successful North African Campaign, having named buildings after his such as the Field Marshall Rommel Barracks in Augustdorf.

Although ‘The Desert Fox’ was never a member of the Nazi Party, he did show quite strong support for German militarism and expansionism, going as far as working between Nazi institutions as a liaison between the Wehrmacht and the Hitler Youth. There is not much doubt that he was not a fan of the SA and later the SS, but this seems to be more of a disdain based on their brutal, wasteful tactics rather than a general disagreement over their shared goals. In the words of author Nigel Hamilton: Rommel was “quite a Nazi”.[9] 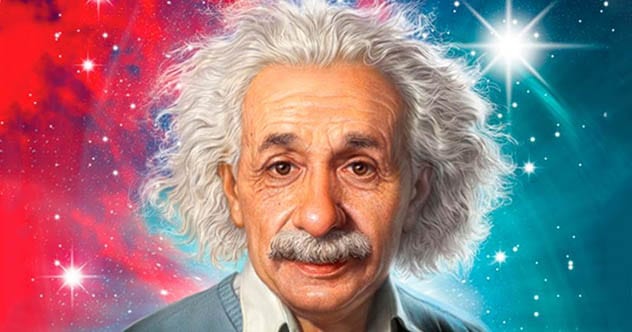 How many times have you heard this old chestnut? My old science teacher used to trot it out whenever a student failed to understand a concept or got a poor score on a test. This is simply untrue, and wildly so as well. Albert Einstein was an exceptional student, a real whiz at the subjects you’d fully expect him to have excelled at. He was reading college-level tomes about physics when he was 11. There is no evidence of him attaining anything but high marks in his tests. So…sorry, Einstein was a genius. But, hey, don’t worry, Mark Zuckerberg, Bill Gates and Steve Jobs didn’t finish college! So for all you drop-outs, don’t fret, all you need is a cutting-edge, multi-billion dollar idea and you’re good to go![10]

About The Author: CJ Phillips is an actor and author living in rural West Wales. He is a little obsessed with lists.