“Learn to code,” shout simpletons at people whose industries are crumbling. Whether affecting coal miners or trendy Internet journalists, the march of progress can be a brutal one for those whose skills are about to become obsolete.

Still, we often forget about jobs that were once plentiful and provided a living for past generations. Here are the top 10 jobs that have been crushed under the boots of human progress. 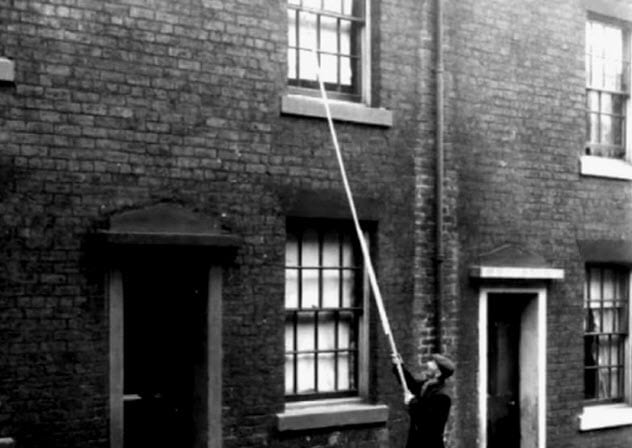 Usually, it takes a while for new, cutting-edge tech to filter into our lives and become ubiquitous. Some forms are created to replace older tech. But in many cases, new tech comes along that replaces a human-held role.

This was true in the case of the alarm clock. So, what came before? In the more industrialized parts of England, they relied on knocker uppers.[1]

Factories and mines had a real interest in getting their workers on the lines as early as possible, often at 6:00 AM or earlier. The problem is that humans love to sleep, often quite late into the new day.

To remedy tardiness, these companies employed people to walk the narrow, terraced streets where their workers lived and brandish very long sticks (or peashooters) to tap on the bedroom windows of their workers—and wake them on time. 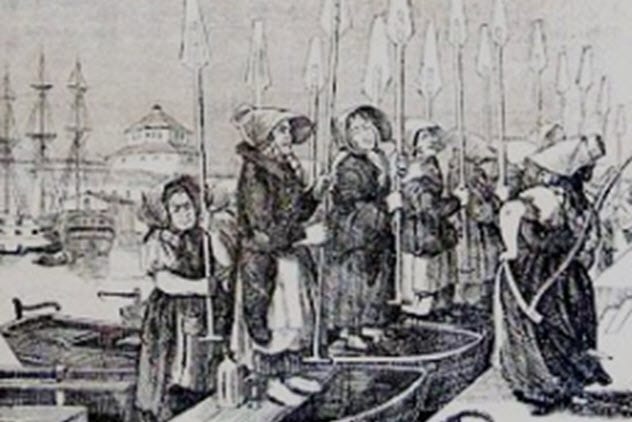 Getting from point A to point B is at the very core of how our species evolved from the animal kingdom to something quite apart. However, Mother Nature loves throwing obstacles in our way: mountains, chasms, occasionally magma, impenetrable woodlands or jungles, and, most commonly, water.

Until World War I, the Swedes used an ingenious way to quickly traverse the many waterways that blocked their access to the islands of the Stockholm archipelago—water taxis.

Not so obsolete, you may think. But this was solely a female profession, and they only used long-oar-propelled boats. (They were challenged by a group of unmarried women from Dalarna who used newfangled paddle-wheel boats).

The advent of the Steam Age and further innovations led to the decline and eventual end of the traditional role of rower women. It’s a shame, really, that we cannot see these ladies do their thing anymore. As Venezuelan General Francisco de Miranda said in 1787, “[They were] good women who row like devils!”[2] 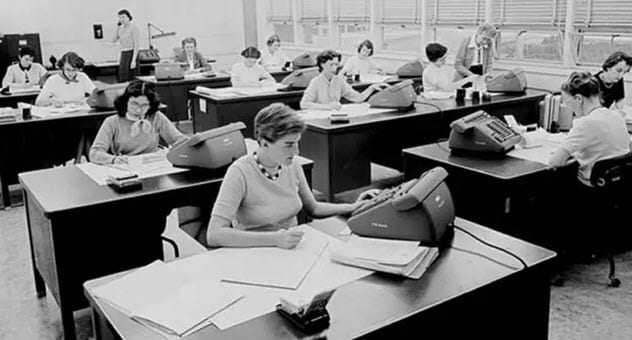 Too many people are enslaved by their tech. Apple, Google, social media, Microsoft—never in the whole history of mankind have we been so reliant on such a small number of companies. So, what if there was a true neo-Luddite revolt? What would take the place of all the ubiquitous devices on which we rely?

A lot of things we do on our devices would simply go away, replaced by older forms of entertainment, communication, and work. But what of the computing needed to manage the vast amounts of data processing and analysis required in all facets of human endeavor?

Well, our digital computers would be replaced by . . . human computers, a throwback to yesteryear when people did their own computing. In fact, NASA relied on human computers at one time.[3] 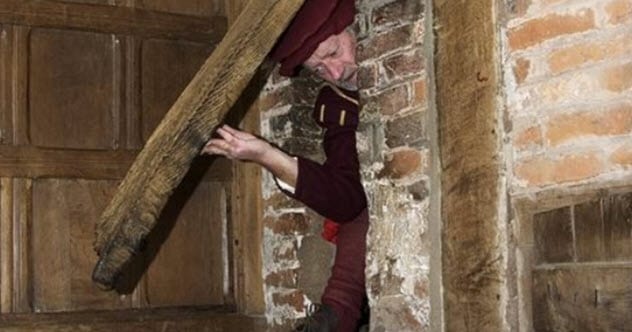 This entry is very era-specific, thank goodness. Queen Mary I has a rightly “bloody” reputation, but that of her younger sister, Elizabeth I, is generally positive in the public consciousness.

Where Queen Mary burned Protestants at the stake, Elizabeth sought to right this injustice during her reign by placing a bounty on the heads of Catholic priests. She sent out men to hunt down the priests. Job done, peace restored![4]

This dangerous environment caused many priests to take daring, often desperate measures to evade capture. One such ploy was to build a “priest hole” in a friendly household where the priest could hide from the searching hunters. If a priest was discovered, he was flung into prison before being tortured and put to death.

Society will often create a “folk devil,” an individual or group who can be blamed for a population-level anxiety. In Elizabethan England, Jesuit priests held that dubious title. 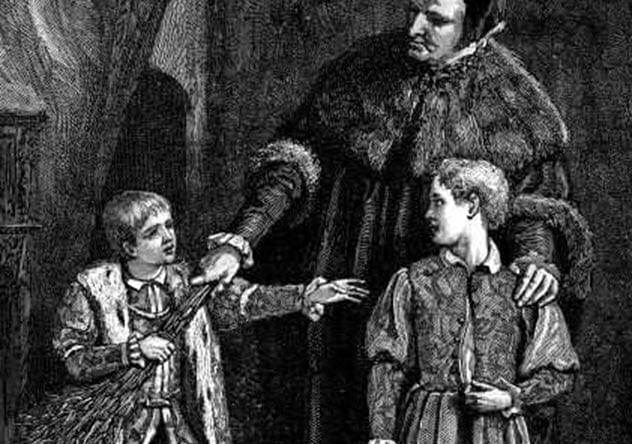 Kids can be rude, cruel, and quite naughty. In the past, parents and guardians remedied their children’s bad behavior with a whipping. However, what if your son had stolen an apple from the pantry but was also the heir to the throne of your country?

You couldn’t beat a future king. Instead, you would use a whipping boy—a young lad to take all the corporal punishment that the devilish little prince deserved.

There is some debate as to whether such a role was a “real” job. However, given that a physician would often drink his lord’s pee to ascertain whether the nobleman was close to developing diabetes, we are willing to believe that such a ridiculous role existed.[5] 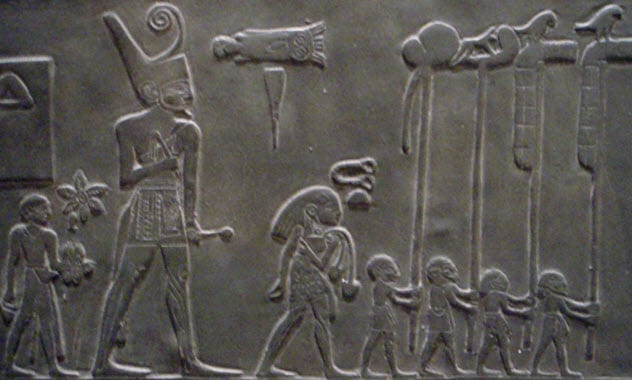 Sandal-bearers carried the sandals of their superiors in early cultures, such as ancient Egypt or feudal Japan. The sandal-bearer often washed the feet of his superior as well.

It wasn’t as bad a role as it sounds. In feudal Japan, sandal-bearers often rose to higher status from this seemingly low position. For example, Toyotomi Hideyoshi became Imperial Regent of Japan, having unified the islands through bloody conquest.[6]

Sandal-bearers also held an important role in ancient Egypt. The exact nature of their status is shrouded in mystery. Was their depiction in reliefs and other art a tribute to their high status in society or merely a reflection of their masters’ power? We may never know. 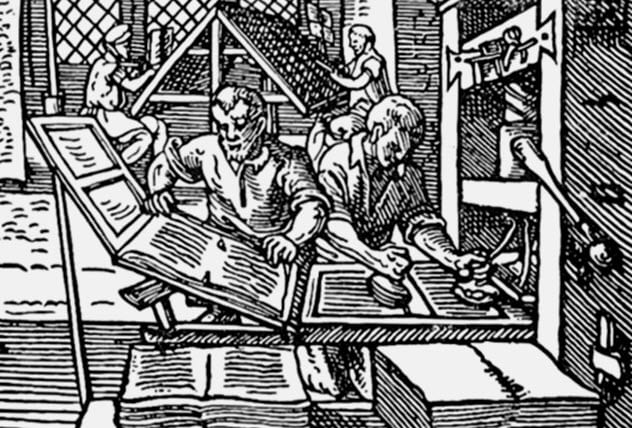 What do Walt Whitman, Thomas Jefferson, Ambrose Bierce, John Kellogg, Warren G. Harding, and Mark Twain have in common? Yes, they’re all dead. True, they’re all American. But they were all printer’s devils as boys, too. It was a common apprenticeship for young boys until the end of the 19th century.[7]

There is no special or unique set of tasks for a printer’s devil. Like many apprentices, they were just errand boys who completed any menial task while observing their master’s work to learn the craft.

The disappearance of the role has more to do with the death of traditional printing and the decline in the apprentice model of career progression. However, we can all agree that there has never been a cooler job title in history. 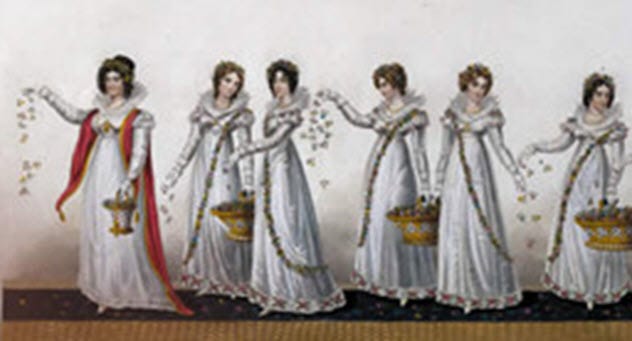 Have you ever worried that the walkways in your palace smell bad? If so, you need an herb strewer!

London stank, and unfortunately for the royal family, their main residences have always been in this stanktropolis. Kings and queens tend not to enjoy the terrible smells emanating from open sewers and mountains of animal dung, so they came up with a specialized role to alleviate this malodorous situation.

A solely female role, the herb strewer would do just as described. She would scatter herbs and sweet-smelling petals throughout the royal household.[8]

The herb strewer also played a prominent role in coronation ceremonies. She led the procession by spreading herbs and petals before the king- or queen-to-be made their way toward the throne. However, at the coronation of William IV in 1830, the role was cut due to budgetary concerns.

The last lady to strew herbs for the royal family was Anne Fellowes. If the position were ever restored, the first unmarried woman descended from Fellowes could lay claim to the title.[8] 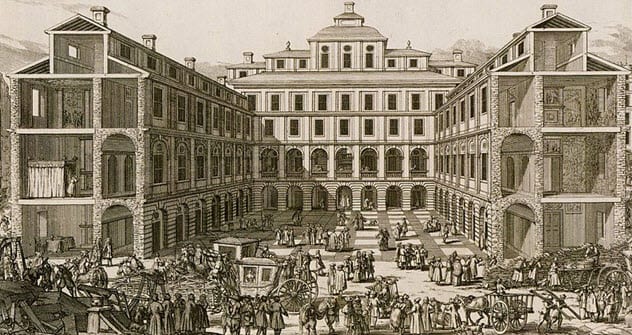 This is yet another entry from Sweden, a nation that pioneered gender equality long before most other cultures. In this Scandinavian country, both sexes were allowed to be equally miserable!

A bricklayer’s job is hard enough without having to carry heavy pallets (or buckets) of mortar to the wall that they’re building. Why not get an unmarried mother who cannot find work anywhere else to do the job?

That’s exactly what the Swedes thought during the rapid growth of Stockholm, Gothenburg, and other cities from the late 18th to the early 20th centuries. However, as social changes and women’s liberation took place, women in Sweden had more choices as to where they could work.[9] 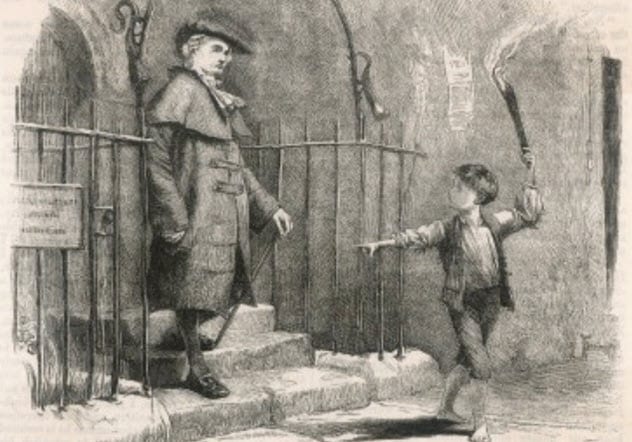 The children who held the candles or torches on dark streets in Victorian London were known as “link-boys.”[10] This is the supposed derivation of the saying “can’t hold a candle to,” which is a way of expressing inferiority to another person or object.

Before London had streetlights every few yards on almost every roadway, a link-boy was paid by passing patrons to pick up a flaming link and lead the way to wherever the customers were going. To make a little extra money, link-boys sometimes worked for thieves and muggers. The boys were tasked with leading unwitting customers down dark alleys where they would be robbed.

About The Author: CJ Phillips is a writer, storyteller, and actor living in rural West Wales. He is a little obsessed with lists.