Keeping up with the news is hard. So hard, in fact, that we’ve decided to save you the hassle by rounding up the most mind-blowing stories each week. After two weeks’ absence, Morris M. is back to guide you through the news output of the last seven days, from the unexpected to the obscure to the biggest, craziest stories of all. 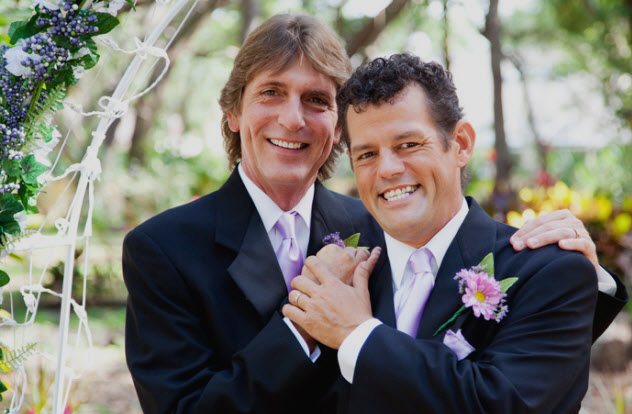 Despite its increasing prominence in the news, gay marriage is a bit of a rarity on the world stage. As of early July 2017, only 22 countries out of over 190 allow same-sex marriage and even some of them only allow it in certain states or territories. (Several more recognize civil partnerships.) Last week, the path was paved for country number 23. On Friday, German lawmakers voted by 393–226 to legalize gay marriage.[1]

While it has a super-liberal reputation outside of Europe, Germany is, in reality, a fairly conservative, Christian country. The ruling party is the center-right Christian Democratic Union of Germany (CDU), and Angela Merkel herself—the daughter of a pastor—has long vetoed any free vote on gay marriage. The surprise is less that legalization took Germany this long and more that it happened at all.

According to Merkel, she allowed the vote after having dinner with a lesbian couple in her home state and seeing how happy their adopted children were. According to her opponents, the vote was cynical pandering to liberal voters before September’s national election. Whatever the reason, gay marriage is now set to come into force in Germany by the end of 2017. 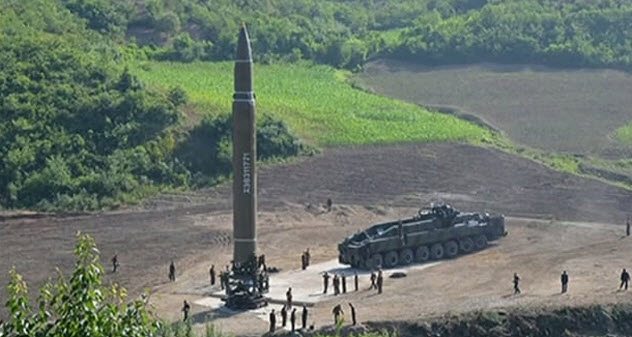 Any North Korean missile launch is scary, but last week’s test may have been the scariest of all. After years of firing rockets that only threatened their neighbors, the Democratic People’s Republic of Korea (DPRK) this week successfully launched its first intercontinental ballistic missile. With a range of nearly 7,000 kilometers (4,350 mi), the Hwasong-14 rocket could theoretically be used to target Moscow, Northern Australia, or even Alaska.[2]

The operative word is “theoretically.” News of the launch came direct from the DPRK, and as always with North Korea, it’s hard to tell what’s real and what’s propaganda. Some experts think Pyongyang is lying about its abilities and the test was just another mid-range missile.

Others think they’re telling the truth but also think North Korean rockets wouldn’t survive reentry into the Earth’s atmosphere. Yet others think that the missiles could hit Alaska and could survive reentry but that DPRK nuke technology isn’t good enough to load a warhead onto them.

Nonetheless, it appears the DPRK is slowly reaching its goal of building a missile that could hit both the US mainland and Europe, surely a terrifying prospect.

8 The Vatican’s No. 3 Man Was Indicted On Child Abuse Charges 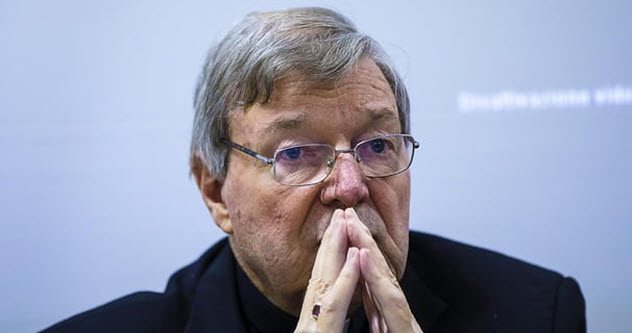 Until last Thursday, Cardinal George Pell was the number 3 man in the Vatican and head of its treasury. Then a court in his native Australia issued a summons for him to fight historic allegations of child sexual abuse. At that moment, the world of one of Catholicism’s most powerful figures immediately came crashing down.[3]

Charges were filed in Melbourne and relate to multiple instances of abuse against many different children in the state of Victoria. While police have refused to specify what the charges are or how many complainants are involved, the indictment has still been serious enough for Pell to temporarily resign his Vatican post and return to Australia to face trial.

The date for Pell’s first court appearance has been set for July 26. The cardinal denies all charges.

7 The Venezuelan Parliament Was Stormed By A Pro-Government Mob 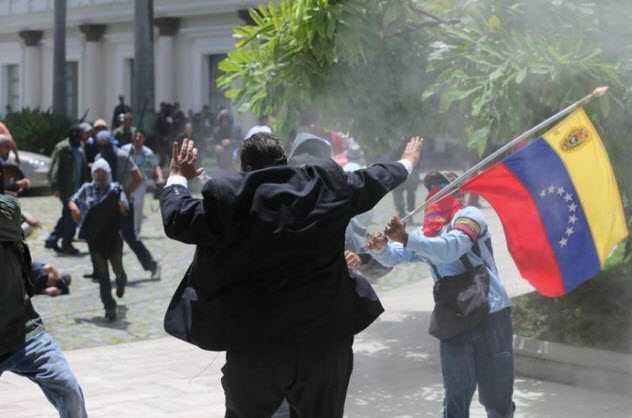 Venezuela is a mess. The country has been crippled by hyperinflation, rocked by three solid months of street protests that have killed nearly 100, and brought to its knees by chronic shortages.

The root of all these problems is the Socialist government of Nicolas Maduro, which has responded to the chaos by attacking the Venezuelan constitution, undermining the judiciary, and setting the nation on the path to full-blown dysfunctional dictatorship. This week, the violence and intimidation tactics of Maduro’s thugs got even worse.

A pro-government militia stormed the parliament and beat opposition lawmakers and journalists to a pulp. They did all this while security forces looked on and refused to intervene.[4]

In the aftermath, at least four Venezuelan politicians were photographed covered in blood and badly injured. Blood was smeared on the walls of the building. Gory details aside, the attack shows just how impotent the rule of law has become in Maduro’s Venezuela. 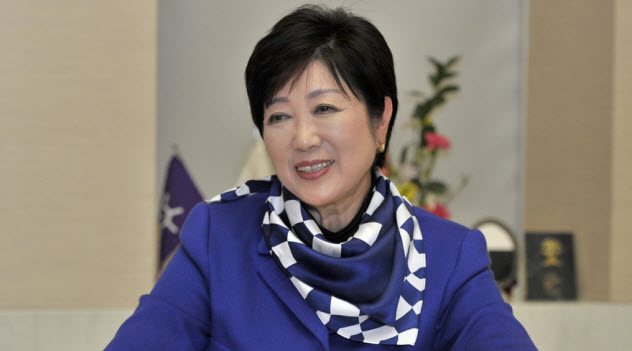 Don’t feel bad if you’ve never heard of Tomin First no Kai (“Tokyoites First”). Until January 2017, no one in Japan had heard of them, either. The centrist, populist party was created on January 23, 2017, by Yuriko Koike, the recently elected governor of Tokyo, to fight this week’s Tokyo assembly elections.

That’s really not a long time to build up a political party, let alone win seats. But Koike’s new party didn’t just win seats. It blew all the other parties out of the water.[5]

Proving that the rise of populism hasn’t just been confined to Europe and the States, Tomin took 49 of the 127 seats on offer. The LDP ruling party of Prime Minister Abe came in second with a paltry 23. In Japan, the shock outcome has been interpreted as a possibly mortal wound to the long-serving PM.

Elsewhere, it’s likely to be seen as further evidence that doing a Macron and establishing a new, populist party from nothing in no time at all is a viable way to win votes. Especially given the rumors that Koike is planning to leverage this win in the national elections next year to become Japan’s first female prime minister. 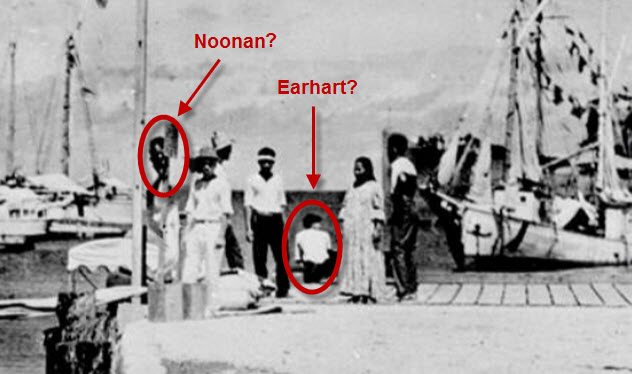 Amelia Earhart’s disappearance is one of the great, enduring American mysteries. In 1937, she was attempting to circumnavigate the globe when she vanished over the Pacific.

Since then, multiple theories have abounded about what happened. The most prosaic is that she ran out of fuel and crashed into the ocean. But others have concluded that Earhart and her navigator, Fred Noonan, died as castaways on an uninhabited island or were even abducted by aliens.

To be clear, we still don’t know the truth. But one Earhart scholar this week released the above photo which appeared to show Earhart, Noonan, and their plane taken in the Japanese-controlled Marshall Islands in 1937. The scholar now believes they crash-landed on the archipelago and were taken prisoner by Imperial Japanese forces.[6]

Facial recognition experts have declared the photo genuine, lending credence to the theory. However, the Japanese government has countered that it has no records of Earhart being taken prisoner.

4 We Discovered Mars Was Toxic 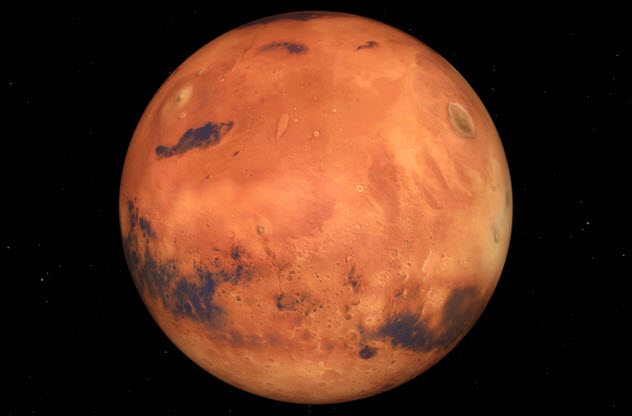 Is there life on Mars? The question has fascinated us earthlings for centuries, not least because asking it allows us free rein to do our best David Bowie impressions. This week, we finally got something of an answer. And it can be best summed up as: not on the surface, no.

Mars has damp patches of briny liquid on its surface that some have considered a possible candidate for supporting microbial life. Unfortunately, these briny streaks are rich in perchlorates, just as the rest of Mars’ surface is.

Following an Edinburgh University study, we now know that when these perchlorates are exposed to UV rays (which, on Mars, is all the time), the chemicals turn into a bacteria-killing super-sterilizer. As far as we know, this means that nothing organic could survive on the red planet’s surface.[7]

The good news is that this doesn’t totally discount the possibility of microbes on Mars. Drill as little as 1.5 meters (5 ft) through the surface, and the perchlorates are nowhere to be seen. The bad news is that the prospect of ever establishing a colony on Mars just got even harder. 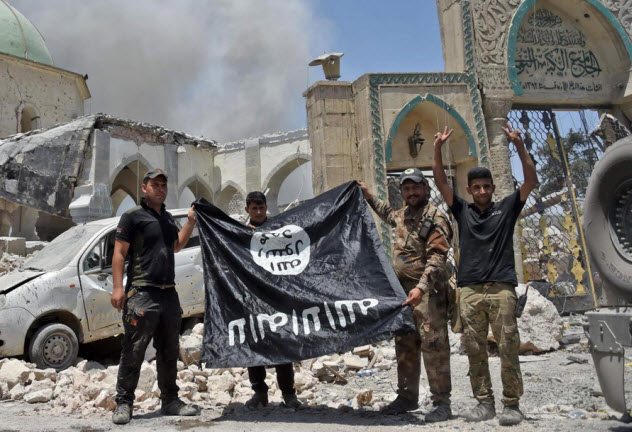 The Independent newspaper called it the last days of ISIS. Reuters reported that the Iraqi government was gearing up for victory celebrations. For those in the Middle East, this is it. The final surge to wipe out ISIS in Iraq for good. With only 300 fighters remaining in Mosul as the city crumbles around them, the final significant enclave of the Islamic State in Iraq could collapse at any moment.[8]

The fall of Mosul will not be the end of ISIS. The group still controls a few minor towns in Iraq and large swaths of Syrian territory.

But it would mark the last great citadel of the extremist death cult to pass out of its hands. Mosul is where the caliphate was proclaimed in 2014. It was the nerve center of ISIS territory, the jewel in their Iraqi crown. Cut off from reinforcements, the remaining fighters are about to lose control of it. When they do, ISIS as a force in Iraq will be gone.

Iraqi Prime Minister Haider al-Abadi has already signaled that a week of victory celebrations will be held. His government will visit liberated Mosul. For Iraqis, this will hopefully be the start of a stability unknown since before the Saddam era. For the rest of us, it will be a sign that the days of ISIS are numbered.

2 Zambia Declared A State Of Emergency 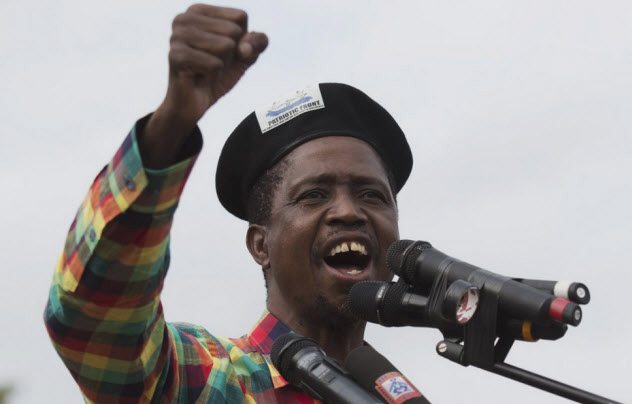 Zambia was meant to be one of the most stable democracies on the African continent. Then President Edgar Lungu had his election opponent from last year, Hakainde Hichilema, arrested on treason charges. Government thugs began intimidating media outlets. Arson attacks began devastating parts of the country. Fast-forward to July 6, and President Lungu suddenly declared a state of emergency.[9]

The pretext was a horrific fire that ripped through the main market of the capital, Lusaka. Nobody died, but an economically vital section of the city was irreparably damaged. President Lungu insists that the measures are necessary to stop an already bad economic crisis from becoming apocalyptic. His opponents, including the local Catholic church, claim the president is trying to turn their democracy into a dictatorship.

If democracy crumbles in Zambia, it would be a blow for the entire region. Authoritarianism was meant to be on the slide in Africa. That trend already slowed in 2016. Seeing it now reverse would be little short of tragic. 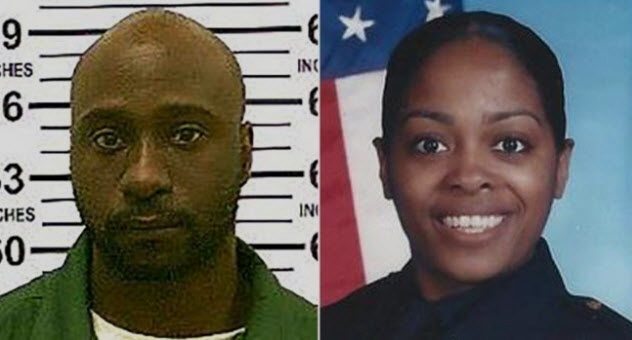 The last few years have seen a troubling spike in politically motivated police killings. Right-wing patriots and sovereign citizens have murdered officers in the line of duty, as have left-wing killers who identify with Black Lives Matter (BLM).

It now sadly seems that Miosotis Familia has joined that grim tally. The officer and mother of three was sitting in her vehicle in Brooklyn when a shooter walked up, stuck his gun through the window, and fired. She died at the scene.

The killer was Alexander Bonds, a former prisoner with a history of posting anti–law enforcement videos and threatening violence against the police.[10] While no motive has yet been established, Bonds was known to rant about police killings of black people.

If his assassination of an innocent officer turns out to have been influenced by BLM, it would be a cruel irony. Familia herself was half Latino and half African-American.

According to the National Law Enforcement Officers Memorial Fund, 2017 to date has been a deadlier year for law enforcement than 2016 (with 24 killed by July 6, 2017, versus 22 for 2016). We can only hope the rest of the year brings less tragic news.