Why did the Egyptians turn their dead into mummies and inter their pharaohs in large tombs? How did famous movie figures like the Scorpion King and Imhotep carve their names in history? Facts of the earliest days of Egypt are found only on incomplete shards and in weathered tombs, but what we do know tells us an incredible story.

10 The Birth of the Sahara Desert 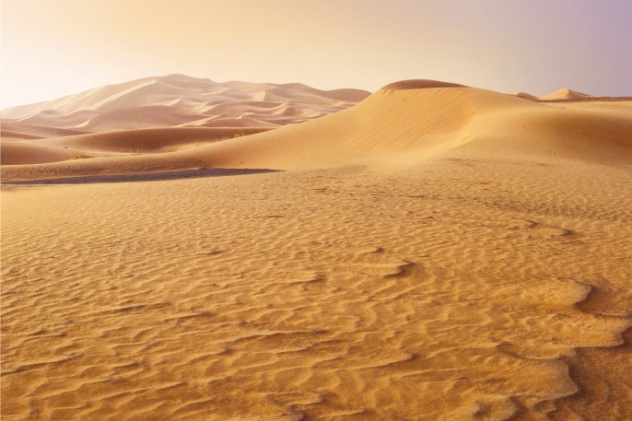 8,000 years ago, the Sahara was fertile and green. Farmers produced grains and millets in peace until — little did they know — gravitational influences from the solar system changed the Earth’s tilt by one degree,[1] causing a flood of sunlight to permanently hit the Sahara. Almost instantly, it turned into a scorching desert, expanding, leaving dead crops in its wake, chasing the farmers to the Oases where they became stranded like shipwrecked survivors. Many sought refuge in the Nile, a resilient river that the Sahara could not encroach upon because of its regular flooding.

For the survivors of the Sahara, the Nile was no paradise. High floods devastated their settlements. But soon the Egyptians were able to predict the flooding by watching the star Sirius’s path through the night sky.[2] When the flood waters receded, the land left behind was fertile thanks to sediments in the water. Organizing their lives around the flooding of the Nile, the ancient Egyptians divided their year into three seasons: the inundation, the growth, and the harvest. 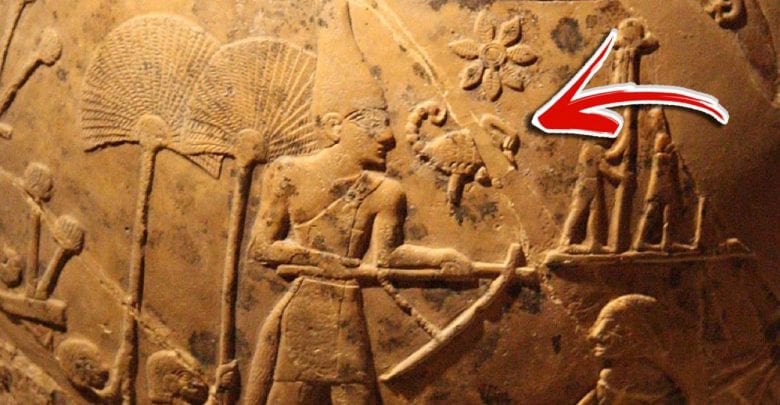 The ancient Egyptians established two main kingdoms around 3400BC: the Lower Kingdom at the northern mouth of the Nile (called lower because the Nile flows down from the south), and the Upper Kingdom in the southern desert lands.

During this era, a king from the Upper Kingdom arose whose name was known only as “Scorpion.”[3] He invaded and conquered, his aim to unite all the lands of ancient Egypt. The people developed a crude form of writing and it was used to record the Scorpion King’s exploits.[4] This form of writing would soon evolve into what we know today as hieroglyphs, the written language of ancient Egypt. However, the Scorpion King died before he could accomplish his goal. The two kingdoms remained separate.

Facts about the Scorpion King’s life are rare archaeological finds. A stone relief that bears his name is possibly the oldest writing in human existence. Archaeologists have discovered a fragmented royal mace-head attributed to the Scorpion King. And they have found what many believe to be his tomb in Abydos, containing relics inscribed with some of Egypt’s earliest known writing.[5] There may have been more clues inside, but we may never know. Treasure hunters had plundered the tomb long ago. 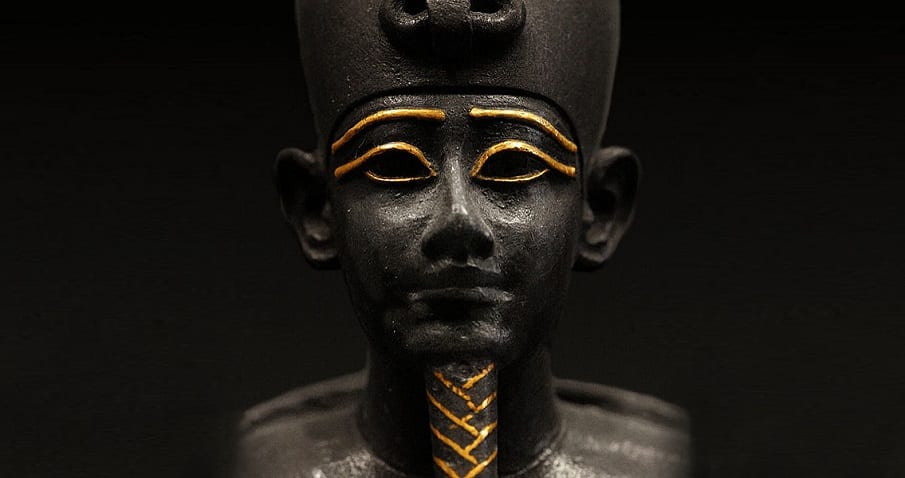 100 years after the Scorpion King had failed, another succeeded. From the Upper Kingdom city of Hierkanpolis came a man named Menes.[6] First he conquered his neighbors, then he marched on Lower Egypt and united the two lands, and then he marched on barbarian hordes and expanded the borders of his new kingdom. He sealed the unification by marrying a Lower Egyptian princess.

Under Menes, the land was at peace. He founded the capital, Memphis, by building a dike in the Nile and reclaiming the marshland. He escaped rabid hounds by jumping on the back of a crocodile and riding it to another shore, where he founded the city of Crocodilopolis. Menes’ people, their lives free from major worries, developed sports, sculpting, woodworking, and even learned how to brew beer. Egypt became a land of opulence. The Roman historian Diodorus Siculus claimed that Menes invented the concept of luxury. After 62 years of prosperity, Menes met a violent end when he was chewed to death by a hippopotamus. 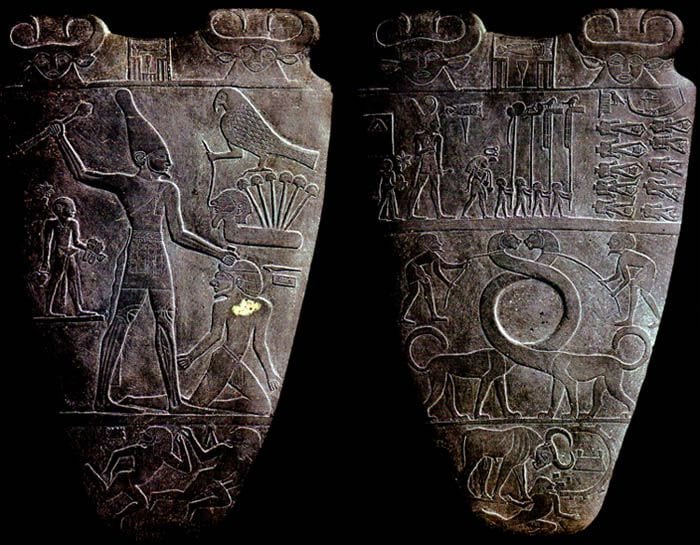 If you think stories about Menes may sound a bit like the exaggerated exploits of “The Most Interesting Man In The World,” historians agree. No one yet has discovered any contemporary evidence of Menes’s existence. All of his stories come from later in history, leading some to believe he is a fictionalized folk hero, or that “Menes” is an honorary title given to many individual rulers. The name meaning of Menes is “he who endures.”[7]

Menes’ true identity is one of the great mysteries in Egyptian history. The prevailing theory is that he was actually Narmer,[8] the first recorded king of the First Dynasty, or his successor Hor-Aha, or both. Hor-Aha may be Menes because there are many hieroglyphs that associate the names of the two. However, archaeologists have discovered the Tablet of Narmer, a stone relief with many vague allusions to Narmer’s possible identity as Menes. Most telling is that the front of the palette shows Narmer wearing the red crown of Lower Egypt while on the back he is wearing the white crown of Upper Egypt. The crown of the pharaohs would go on to be a combination of these two crowns. Many Egyptologists believe this implies that Narmer was the unifier of ancient Egypt, and therefore King Menes. 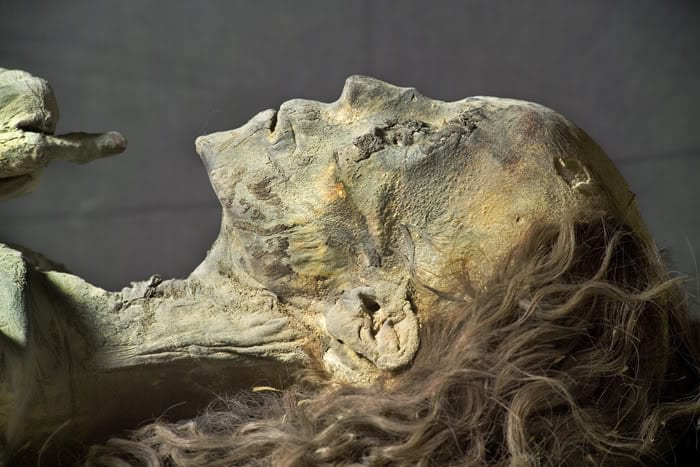 Before 3500BC, the Egyptians buried their dead in shallow graves. The dryness of the sand, the heat of the day and the cold of the night, and the lack of air in the grave dehydrated the body, causing it to be naturally preserved. The ancient Egyptians developed the belief[9] that the soul would return to its body after death, but if the soul could not recognize its body because of decay, the soul would become lost. They began aiding the natural preservation process by dehydrating bodies with sunlight or fire, and by curing the flesh with smoke.[10] 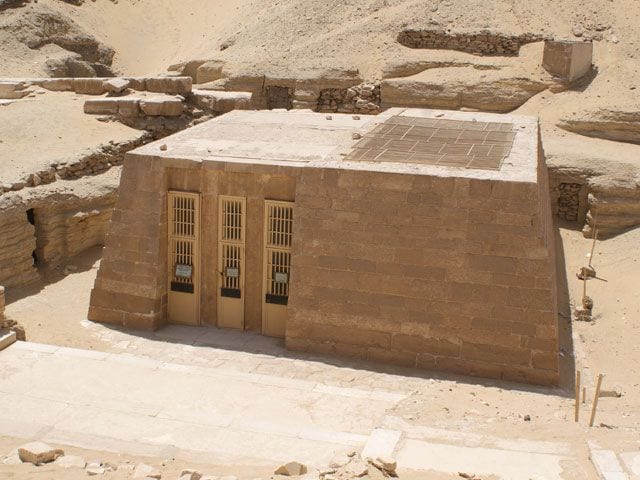 Religious beliefs and the obsession with the afterlife flourished under Hor-Aha. The type of tomb he built for himself was called a mastaba,[11] which looks like the lower level of a pyramid without the other levels stacked on top — imagine a pyramid cut off after the second step. However, bodies not stored in the arid sand were separated from the natural preservation process. Since the kings still wanted to be buried securely with their possessions, this led the ancient Egyptians to develop mummification techniques so their bodies would not rot away in their luxurious tombs. 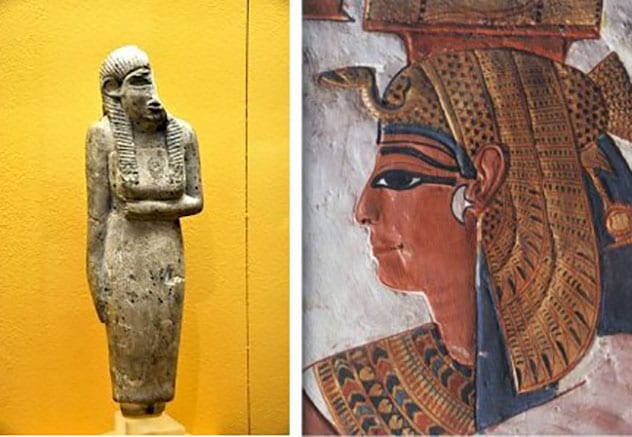 When the First Dynasty queen Merneith’s husband died around 2990BC, her son Den was made king. Den was too young to rule effectively, and so Merneith ruled as queen regent, making her the first female ruler in recorded history.[12]

How long Merneith’s regency lasted is unknown. Den’s reign spanned 50 years, and during that time Epypt expanded militarily and economically, so much so that Den is regarded the greatest pharaoh of the First Dynasty. But how much of that can be credited to his mother? It is impossible to know for certain, but what we do know is that Merneith’s tomb was as luxurious as any king, which was not typical of a queen mother. Entombed with her were 40 servants, sacrificed animals, and even a solar boat. Such boats were assembled within tombs so that mummies could use them to sail in the heavens with Ra, the Egyptian god of the sun. 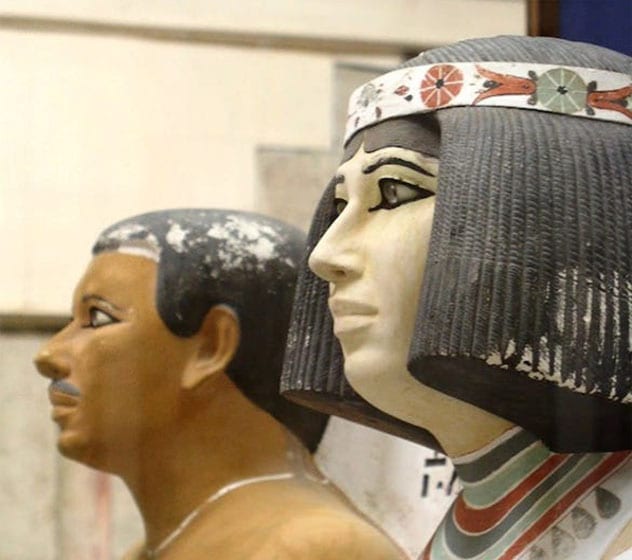 While ancient Egyptian wives[13] tended to manage the home, there were no restrictions that kept women from pursuing an independent lifestyle. Any woman that chose a career would receive equal pay for equal work. Women managed farms or businesses, worked in the fields, or as weavers, nannies, entertainers.

There were no known marriage ceremonies in ancient Egypt. The wife simply moved into a home with the husband and they were considered married, similar to today’s common-law relationship. The wife could divorce by moving back into her parents’ home, at which point she would be free to remarry. A woman’s ability to give birth was considered more important than her virginity, so she was able to get married and divorced multiple times, and single people were free to have sex before marriage.

Although the sexes were closer to equality in ancient Egypt than they would be in many civilizations to follow,[14] things were not perfect. Women were punished more harshly than men after committing adultery.[15] An adulterous man was forced into a divorce, but the woman was believed to receive punishments as extreme as execution. 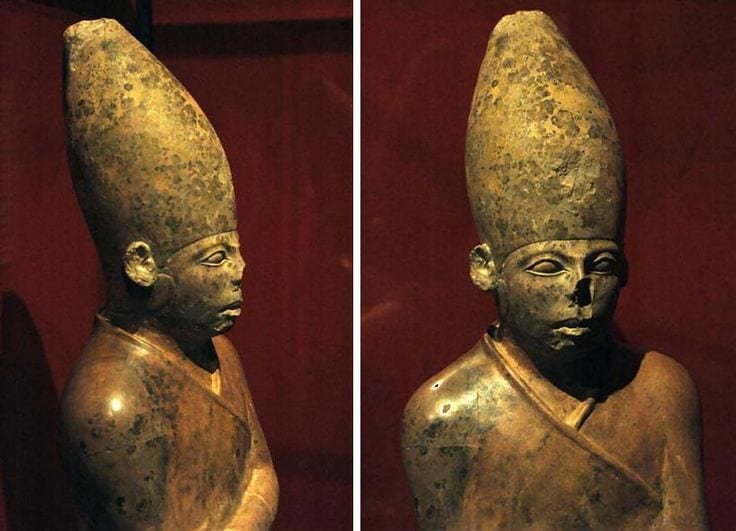 Egypt continued to prosper under the reigns of the rulers who followed Merneith. The First Dynasty ended when the two potential heirs of King Qa’a quarreled for the throne. The details are lost to history, but what is known is that a third party intervened and claimed the throne for himself, beginning a new royal line. Little is known of the Second Dynasty of Egypt because records of the time were poorly kept, have not been found, or were destroyed.

The sparse records[16] do tell us that it was a chaotic and unusual period of Egyptian history. Traditionally the kings had aligned themselves with Horus, the god who in the myths had become king of all Egypt. But one king allied himself with Seth, the god of the desert and bringer of chaos. 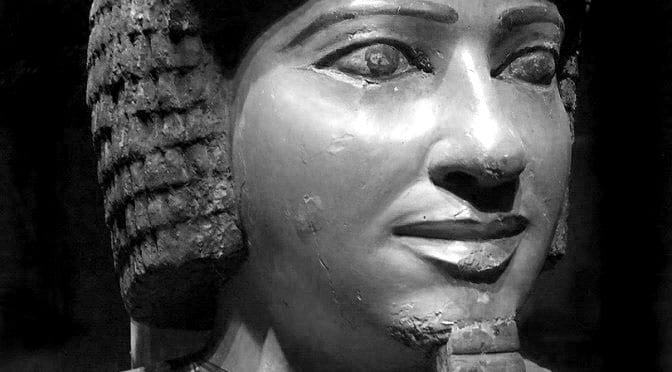 The Third Dynasty began with King Djoser in 2670 BC, whose peacefully reign allowed for the building of many monuments. A commoner by the name of Imhotep[17] rose through the ranks to become Djoser’s most trusted adviser. Imhotep was one of the smartest people in human history, and was both a doctor and an architect. He authored a medical papyrus devoid of magical thinking that contained practical cures and surgeries, as well as described anatomies and ailments. He was the first architect to come up with the idea of using support columns for building, and he designed the first ever pyramid. The tomb of Djoser ushered in the age of the pyramid builders, also known as the Old Kingdom. In the ages to follow, Imhotep was venerated as a god of healing and wisdom.

About The Author: Matt is a former editor and current knight at Medieval Times. Check out his old blog for extended articles and other neat stuff.