That cute emoji could get you in trouble. In the past few years, there has been an increase in emoji-related convictions. This happens because emojis can be used in place of real-life objects. For instance, sending a gun emoji to a person could be considered a death threat.

Others involved in noncriminal issues have received hefty fines or experienced avoidable inconveniences for using supposedly innocuous emojis to convey their emotions and reactions. 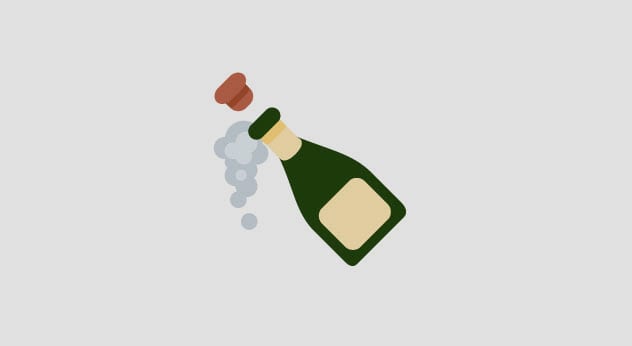 In 2017, an Israeli couple discovered that emojis are not playthings after they received a $2,200 fine for using these types of images during a deal. Trouble began for Rosen and Nir Haim Saharoff when they started negotiations with Yaniv Dahan over an apartment he had for rent.

However, the couple suddenly stopped replying to his messages. Dahan took them to court and successfully argued that the series of emojis the couple used during their conversations made him believe that they were interested in the property.

The couple used the emoji of a dancing lady, two people dancing, a chipmunk, a peace sign, a smiley face, and a champagne bottle. The Saharoffs claimed that they backed out of the deal because they did not like the apartment. That did not fly with the judge. He said that the use of emojis created “a great sense of optimism.” He ordered them to pay $2,200 to Dahan. 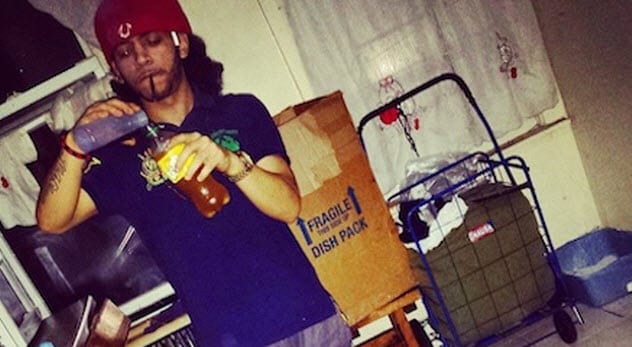 In 2015, a teenager was arrested for pointing three guns at a police officer. Besides the obvious question of how the teen managed to aim three guns with only two hands, the arrest wouldn’t have raised an eyebrow if the guns and police officer had not been emojis.

The emoji was part of several pictures and captions that 17-year-old Osiris Aristy had posted on his Facebook wall. He wrote, “N—a run up on me, he gunna get blown down.” Then he added the emoji of a police officer and three guns. In another post, Aristy wrote, “Feel like katxhin a body right now.”

The teen added several other pictures where he posed with guns and drugs and made gang signs. The NYPD arrested him after they were tipped off about his threatening posts. Aristy was charged with illegal possession of weapons, drugs, and “making terrorist threats.”[2]

Police said that this was not Aristy’s first run-in with the law. In fact, he had been arrested 12 times for alleged crimes such as illegal possession of a weapon and drugs as well as an assault. He often posted about owning a gun and was under surveillance at the time he made the emoji posts. 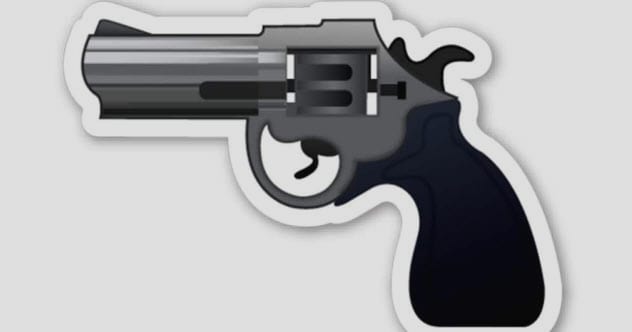 In 2016, 22-year-old Bilal Azougagh was sentenced to six months imprisonment for sending a gun emoji to his ex. The emoji was part of a series of distasteful messages he sent to the unnamed woman after they broke up.

The ex pressed charges after receiving the emoji, which she considered a death threat. Her counsel argued that the messages and emoji made her afraid and caused her nightmares. Azougagh’s counsel disagreed, saying the emoji had no serious undertone.

The court sided with the woman and determined that the emoji was a death threat. Azougagh received a six-month sentence and was ordered to pay €1,000 in damages. He was lucky, though. Under French laws, a death threat could lead to three years in prison and a €45,000 fine.[3] 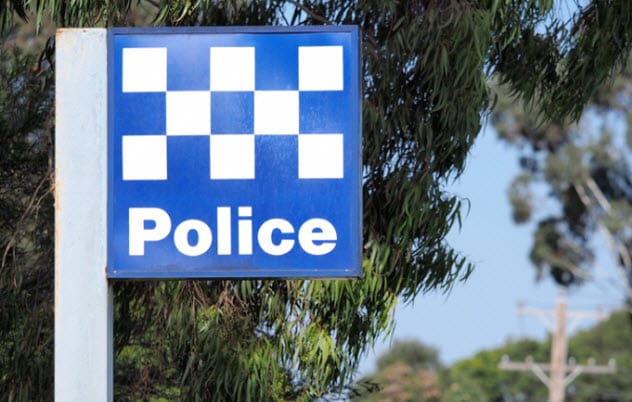 Emojis sometimes have sexual undertones. This could quickly lead to problems when they are sent to minors. Ask the unidentified 53-year-old Australian man who was arrested for sending inappropriate emojis to a minor.

The unnamed man had earlier been arrested for trying to groom minors. He was released on bail. Weeks later, he returned to what he knew best and attempted to groom another 12-year-old via social media and text messaging. Instead of using regular words, he used emojis.

6 Two Men Arrested For Sending Threatening Emoji To Another Man 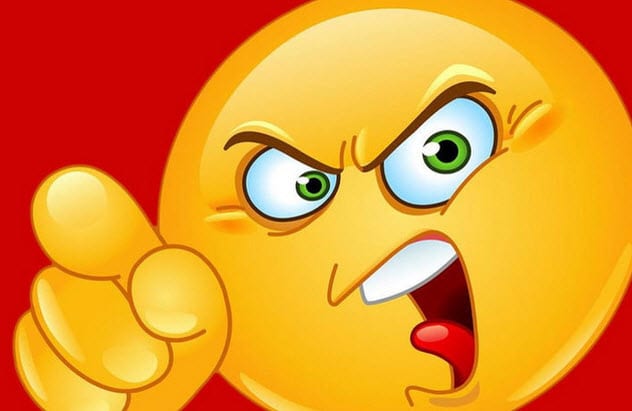 Threatening emojis do not always have to be about guns. Fist emojis can also be threatening.

In 2015, police in South Carolina arrested two 29-years-olds, David Fuentes and Matthew Cowan, for sending the emojis of a fist, a hand that looked like a gun, and a white ambulance to an unnamed man.

Interestingly, unlike the other emojis that got people into trouble, the men involved did not add any text to the messages. It was just the emojis. Police said the images meant the duo intended to beat up the unnamed victim so badly that he would need to be transported to a hospital in an ambulance.

Previously, Fuentes and Cowan had gone to the unnamed man’s house where they attempted to beat him up. Although the police did not arrest them for the attempted assault, officers stepped in after the men sent the emojis. Fuentes and Cowan were charged with stalking.[5] 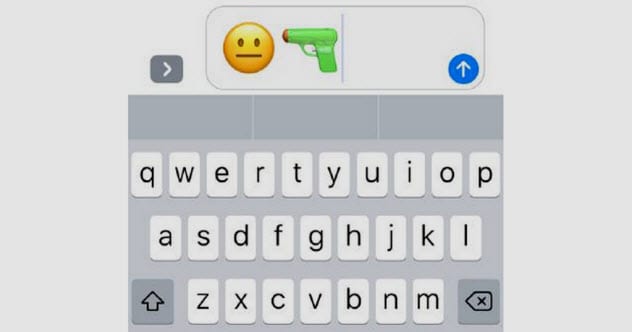 Thirty-nine-year-old Jayde Booth from Barrack Heights, New South Wales, Australia, was arrested for sending an emoji of a head and a gun to his ex. Booth remained in contact with the unnamed woman after their breakup and often sent her harassing messages.

The unnamed ex had a restraining order against Booth. However, he disobeyed the order and continued to harass her. He sent her a series of messages, including one that contained the emoji of a head with a gun pointed at it.[6]

Booth also left trash in front of her home. The woman became so scared over the frequent harassment that she fled her home. The proverbial last straw came when Booth called her six times from a private number. She contacted police after she discovered Booth was the caller.

4 Man Gets Jail Term For Sending Airplane Emoji To Ex 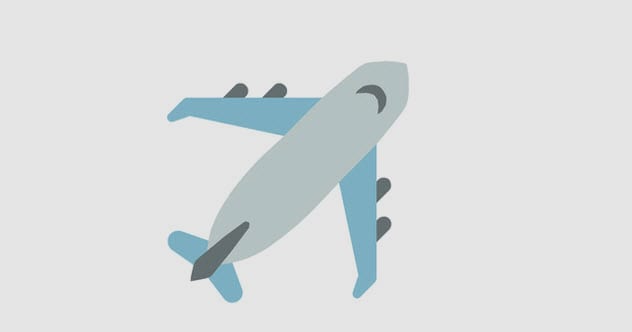 Even seemingly nonthreatening emojis—like that of an innocuous airplane—can get people in trouble. In 2017, 26-year-old Sloane Cruise Coake was arrested for sending the emoji of an airplane to his ex.

The couple had lived in Porirua, New Zealand, before they broke up. The unnamed woman later left for Dunedin. Coake remained in contact with her and often sent her harassing messages on social media. The ex got fed up and had a restraining order issued against Coake.

The undaunted Coake remained in contact with her anyway. He even booked a flight to Dunedin and sent her a message, “You’re going to f—ing get it.” He ended the message with the emoji of an airplane.

Judge Kevin Phillips was not familiar with emojis. He even had to ask Coake’s counsel, Sarah Saunderson-Warner, what an emoji was. Saunderson-Warner replied, “It’s one of the little characters sent after a text.” He asked if she used them, and she said yes.

Then Phillips asked if the emoji in question had been “a smiling one.” Saunderson-Warner answered that it was an airplane. Phillips promptly concluded that Coake was planning to travel to meet his ex. The judge sentenced Coake to eight months in prison.[7]

3 Woman Unable To Use Bank App Because Of Emoji 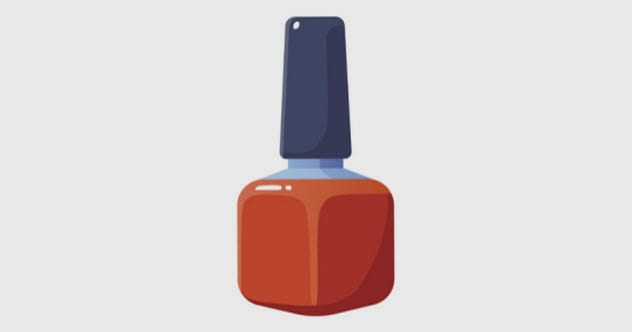 This incident doesn’t involve an arrest. In 2016, Laurie Stark was unable to access the banking app on her phone because she had used an emoji as the nickname of her account.

Trouble began when Stark changed her nickname over fears that she could be hacked. Instead of using a name, she opted for the nail polish emoji. She did not realize what had happened until she attempted to deposit a check with her banking app.[8]

After series of failed attempts, she contacted support. They told her to remove the emoji from her nickname and that it had even broken their system. Stark was finally able to use the app after changing her nickname to letters. 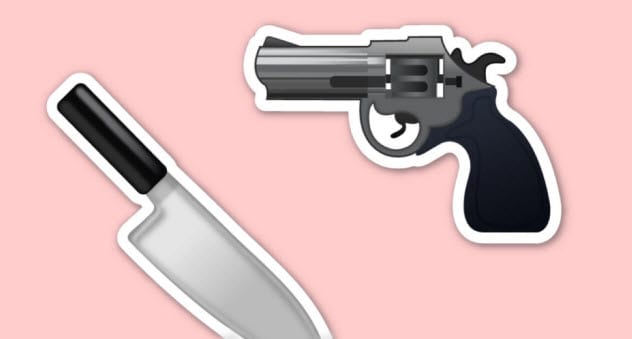 In 2015, an unnamed female 12-year-old student at Sidney Lanier Middle School in Fairfax, Virginia, found herself in trouble after issuing threats against her school. The girl made the threats on Instagram using the account of another student. In one post, she wrote “Killing” and added a gun emoji. Another read “meet me in the library Tuesday.”

The most controversial message included the words, “Watch out, I’m coming.” It was followed by the emojis of a gun, knife, and bomb. The unnamed girl also uploaded a list of students whom she hated and threatened to attack the school on December 15.

The school resource officer traced the posts to the unnamed student, who was promptly arrested and charged with a felony. Her mother said that the girl never planned to attack anybody and was only fed up with being bullied in school. Police later released the girl after investigations revealed that she did not intend to execute the threat.[9] 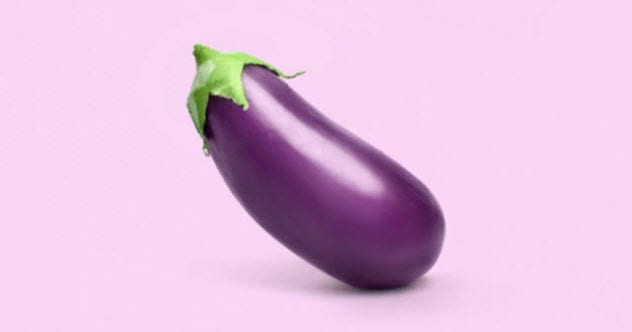 Armando Alejo was a teacher in South Miami, Florida, until he was fired and banned from teaching for 10 years over a series of sexual messages he sent to a student. The messages included the emojis of a peach and an eggplant, which are used to represent the buttocks and penis.

The saga began when Alejo informed the unnamed 17-year-old student that he had barely passed his test with just under 54 percent. The student asked if there was any way that he could earn extra credit. Alejo started sending him inappropriate messages.

In one message, he wrote, “Convince me [winking emoji]. I’ll give you the B if you give me the D.” In another message, he told the student to “f—k that booty.” The student stopped replying and said he would just go with his average score.[10]