Although it is just over 20 years old, the Stanley Kubrick film, Eyes Wide Shut remains one of the most controversial movies ever made. And not so much for any particular scene, but rather due to the overriding plot which, at least to some, makes some rather heavy hints of the reality of The Illuminati and the secret rituals they are involved with. And while most have dismissed most of the claims of what the film is “really saying” as conspiracy nonsense, in light of the recent Jeffrey Epstein case, some are starting to look again at what Kubrick might have been trying to tell us in his final movie. 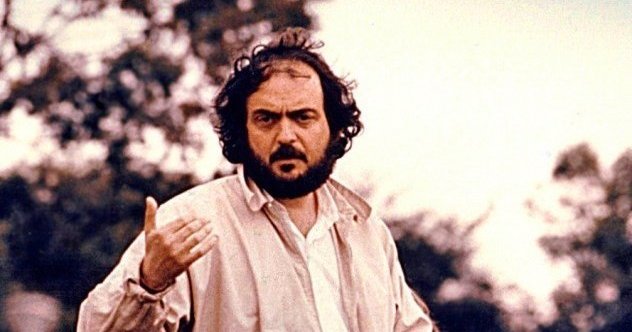 Perhaps the conspiracies surrounding Eyes Wide Shut began when the maker of the film, Stanley Kubrick, died only days after the first viewing of it. The official cause of death was from a heart attack. However, as we might imagine, there were many who believed his death was far from natural.

Given the subject matter, a popular conspiracy theory soon took hold that elite members of Hollywood had arranged to have the world-famous director killed. And of course, in true conspiracy style, this murder would have to look like anything but. In this case, the most popular claim is that a heart attack was intentionally induced in Kubrick. There is, however, no evidence to support these claims. And as easy as they might be to subscribe to, we must treat them for what they are.

So why would someone wish to bump off Kubrick? Well that is subject of our next point.[1]

9 Allegations Of Cut Scenes From The Finished Film

The main conspiracy as to why some people believe Kubrick was murdered revolves around a “damage limitation” mission ordered by elite financial backers in Hollywood. It is the belief of some that upon seeing Kubrick’s film at the first viewing they decided much of the content had to be cut away. Not confident that Kubrick would agree (he was known very much for his determination in such matters) and consequently fearing a surge of publicity from any fallout, a decision was taken to remove Kubrick from the picture permanently.

Once this had happened, the movie could be trimmed down and tempered somewhat. Once more, we should mention that there is no evidence for this. And while the movie was completed in terms of editing and such after Kubrick’s death, it is maintained that nothing significant was removed. Although, if there was a cover-up over such a matter, then that is exactly what the powers that be would say.[2] 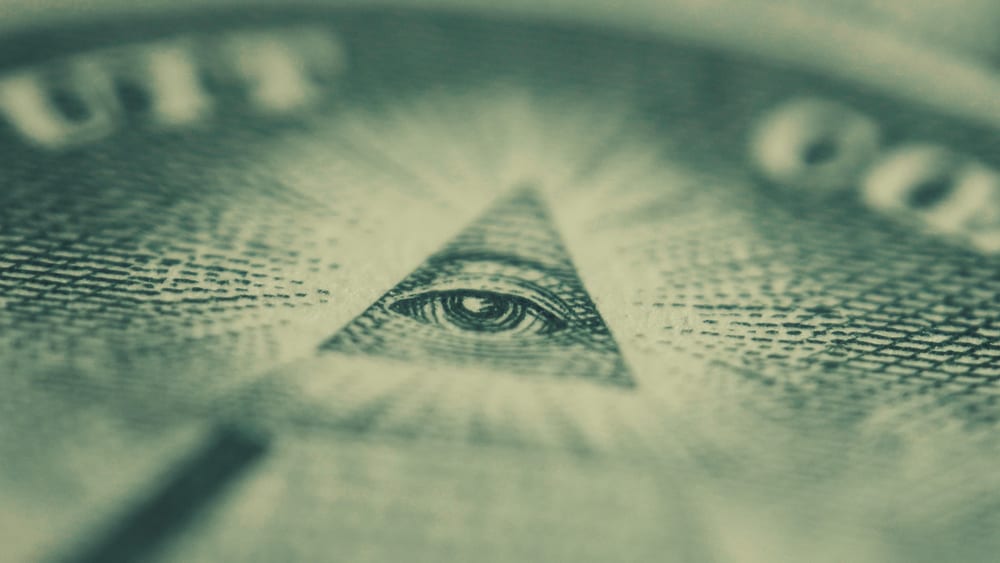 OK, so why exactly is the content of the film so controversial. Ultimately it is because it appears to lean heavily on many of the Illuminati and secret society conspiracies that have been around for decades. Perhaps the main drive of these is that such secret societies use “mind-controlled sex slaves” for their rituals. In some cases, with “high class sex slaves”, they are also used to pass top-secret information between world leaders and high-ranking members. We will come back to some of the alleged specific symbols used to convey this message a little later.

Essentially, the movie suggests that those on the inside of these secret societies control anything from the police to the media. And because of this, anyone who presents problems or becomes of no further use, can be made to disappear with no questions asked. Almost any of the conspiracies that surround the Illuminati can be found in Eyes Wide Shut leading many to question just how real these claims might be. And when we move on to our next point, that blurring of fiction and reality increases.[3]

7 The Depiction Of The Rothschild Party 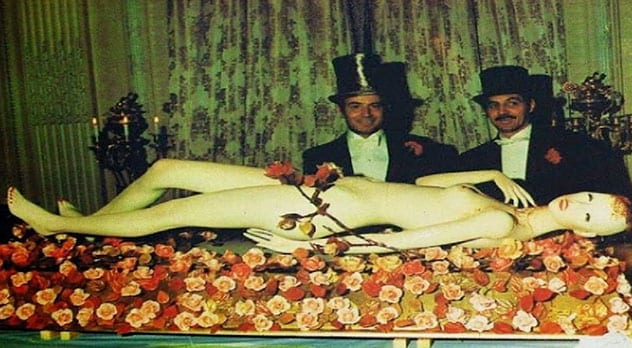 One of the main parts of the film revolves around a secret party at a lavish mansion. And it looks almost exactly like the mansion owned by Baron Guy and Baroness Marie-Helene de Rothschild, the Chateau de Ferrieres. What’s more, the mansion was subject to a mysterious masked party hosted by the owners in 1972, photographs of which have since been leaked online.

It certainly appears a morose affair. Aside from the very strange masks people are wearing – ranging from animal heads to pretend cages – there are dismembered dolls and other broken children’s toys purposely scattered around on the tables. Some tables even feature naked mannequins as if laid in a coffin with food served on top of it.

It is even claimed that invites to this “surrealist ball” were sent with coded wording. Furthermore, the wording was written backwards so it could only be read in a mirror. Even stranger, as the guests arrived at the mansion, it was bathed in a deep red glow. This was to give it the appearance of being on fire.[4]

We mentioned mind control in an earlier point, and how the film appears to drop discreet messages of this throughout. Perhaps one of the main ways this is done is by the constant references to rainbows throughout the movie. It is claimed by some conspiracy researchers that rainbows are a reference to the MKUltra mind control techniques used by high-ranking elite members. And this is particularly the case when this is done to create sex slaves.

For example, a costume rental shop named Rainbow plays host to several scenes. Perhaps the best example, though, is when the main protagonist, Dr. Bill (played by Tom Cruise) finds his way inside the secret party. He lies to get inside (he is eventually found out) but is greeted upon his arrival by two “Monarch Presidential” models. They begin to lead Dr. Bill away from the hall, so he asks them where they are going.

To this, one of the girls replies they are going “where they rainbow ends”. Before Dr. Bill can respond, the second girl says to Dr. Bill “don’t you want to see where the rainbow ends?”[5]

As we might imagine, there are also numerous Masonic symbols and references within Eyes Wide Shut. And this happens right from the off. At the beginning of the film, for example, when we see Alice (played by Nicole Kidman) undressing ready for bed, she does so while standing in between two large pillars. It is claimed that these represent the Masonic pillars, Boaz and Jachin. There is also discreet appearances of the Star of Ishtar in the film, another strong Masonic symbol.

Perhaps one of the most obvious Masonic symbols can be seen in the scene where Dr. Bill has been discovered at the party and is standing in the main hall in front of the cult leader. This leader sits on a throne that contains a two-headed eagle on the back of it. The two-headed eagle is a primary emblem to the 33-degree Scottish Rite Freemasons, one of the most powerful Masonic organizations in the world.[6]

A great part of the film revolves around the idea that woman from all backgrounds of life have been somehow subjected to mind control programs. And the reason for this is mainly so they can be used as sex slaves at the society’s secret gatherings. We have already mentioned the rainbow aspect relating to mind control.

However, another clue can be found in the term often used in such scenarios – a scarlet woman. Several of the main characters that surround Dr. Bill all have scarlet hair. And this might be pure coincidence. However, even the most skeptical person should at least raise an eyebrow at this. Furthermore, and much more harrowing, Dr. Bill’s own daughter has scarlet hair. This is an apparent reflection of the claims that many of the woman who find themselves trapped in these situations – if we believe the claims to be anywhere near true – are often programed and groomed from being young children.[7]

3 Hints At Murders Disguised As “Overdoses” Or Suicides

The Beauty Of Eyes Wide Shut

Toward the end of the film, one of the prostitutes who was at the party (seemingly as a mind-controlled sex slave) is discovered dead. It is reported in the media that she died of a drugs overdose. However, in a later scene, it is revealed to Dr. Bill that the high-ranking members of the secret society control all of the media, and even the police. Anybody at all, in fact, who might cause a problem with their activities.

Furthermore, while it is not said outright, it is heavily implied that she was murdered, and her death made to look like an overdose.

As outlandish as the above might sound, it is a scenario that has been discussed in conspiracy circles for decades. And not exclusively for unfortunate woman who might find themselves mixed up with such organizations. Many researchers – even (relatively) serious minded ones – have made various claims of politicians dying in strange and suspicious circumstances, for example.[8]

2 What Is It Called Eyes Wide Shut? 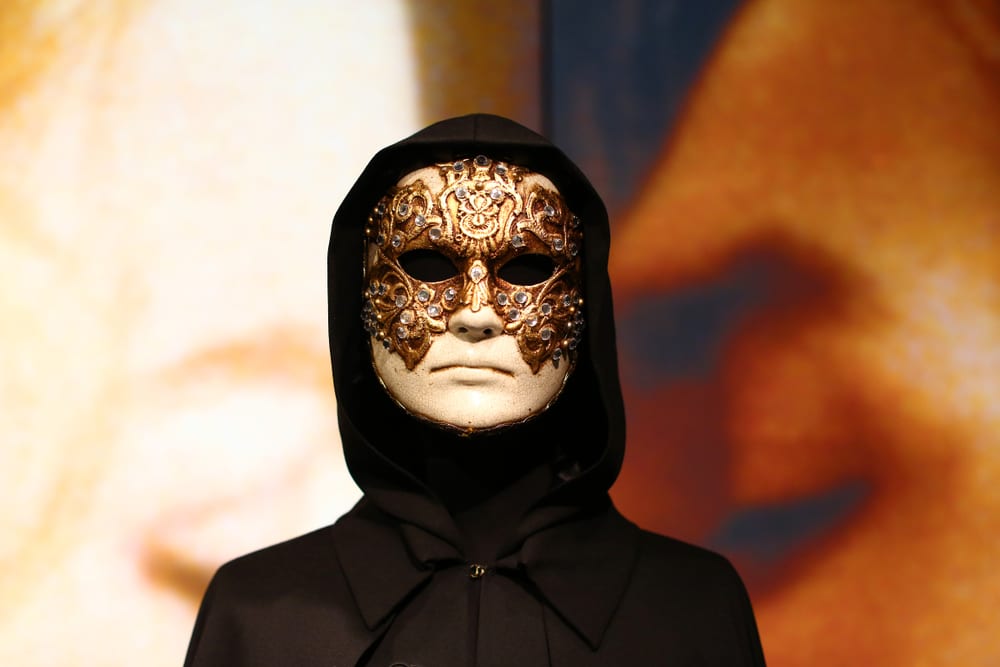 The reason the film is called Eyes Wide Shut, at least according to some researchers, is a blatant reference to Hollywood and the number of people who (allegedly) know this kind of activity is taking place yet do not say anything about it. And, like the conspiracies of the alleged Illuminati, such talk has been rife in Hollywood for years. And while some people have spoken out, they are usually left as lone wolfs with no one willing to corroborate their accounts.

While most dismiss such rumors as exactly that, it appears that in recent years there certainly appears to be certain parts of the film and television industry that appear a little suspect. That is not to say that activities are taking place as some conspiracy theorists say they are. It does appear, though, that there might be more to uncover than most of us would like to admit.

When we consider our final point, that likelihood increases even more.[9]

1 In Light Of The Epstein Allegations, What Should We Think?

Although the rumors were rampant for years when the revelations about the secret sex parties hosted by Jeffrey Epstein on his private island came to light recently, it caused many people to look again at such claims of secret societies made of high-ranking people. And that, at least for some, included another look at Eyes Wide Shut.

With what we know now of Epstein Island – and there is surely more to come to light – should we take some of the claims of the “real” messages of Eyes Wide Shut a little more seriously? Might, as some researchers will tell you, the Epstein case simply be the tip of the iceberg? Might the happenings in Eyes Wide Shut be going on behind closed doors in real life? Right under our collective noses? And if they are, will we ever truly discover anything about them? To end on a cliché, only time will tell.[10]