In the evolutionary arms race between predators and prey a huge range of weapons and techniques have developed to give each side the edge it takes to survive. Many prey evolve ways to avoid the attention of their predators, but predators also find stealthy ways to capture their dinner. From camouflage, to play acting, to launching traps life finds ever new ways of fighting in the war of life.

Here are ten of the sneakiest predators to be found in nature.

Assassin bugs ambush spiders in their own webs

Spiders are superbly adapted predators. They dominate their little worlds with their quick movements, venomous attacks, and subtle senses. Generally any little bug that blunders into a spider’s web is in for a bad time. For the Giraffe Asssassin Bug however they actively hunt down spider webs, and turn the tables on the web-spinner.

When the spindly assassin bug spots a spider in a web they head straight for it. A spider can detect vibrations from its web silks as small as a millionth of an inch. This gives it both time to grab prey and flee from any predator that may be coming. The assassin bug manages to cut its way towards the spider without alarming it.

It does this by grasping individual strands of silk and slicing them. It then releases them with the minimum amount of disruption to the web. Even as the assassin bug is climbing the web the spider remains unaware of its danger until it is stabbed by the assassin’s sharp needle mouth that will suck the spider dry.

Anglerfish are notably ugly animals. This doesn’t much matter to them as they live in the darkest parts of the ocean. In the pitch black regions of the ocean there is not only no one to see them there are also relatively few prey for them to eat. If the anglerfish wants to eat it must attract animals towards them. It does this by working with bacteria to create a luminous lure.

The bacteria live inside the anglerfish and produce an eerie light via bioluminescence. The fish provides the bacteria with nutrients while the bacteria brings in the prey. When fish or squid see the glowing lure they head towards the anglerfish. As soon as they are within range of the fish’s long teeth it opens its large jaws and grabs whoever has strayed too close. When the large, distended stomach is full the anglerfish can hide its lure away and lurk in the dark to slowly digest its meal.

Only the female anglerfish has a lure. The males of the species can be hundreds of times smaller than the female but are equally sneaky. Using a large sensory organ they sniff out the females and race towards them. Once near the males bite the female and dissolve their own heads to merge with the female. The male gives up his independent life and remains bound to the female, occasionally pumping sperm into her.

Watching the bioluminescent dance of fireflies in a twilight wood is one of the most beautiful sights in nature. While their displays may spark romantic feelings in humans they do the same in other fireflies. The light of a firefly is a sign to others that it wants to mate. Or sometimes it is the false lure of sex that draws male fireflies to their doom.

The Photuris fireflies seem to have evolved bioluminescence independently of other fireflies and they use it to mimic female fireflies. When a male firefly sees the Photuris flash its lights it moves in to mate. Instead it has a store of vital chemicals sucked out of its head and is then eaten by the Photuris. Quite the bad ending to a date.

Fireflies produce chemicals that help them ward off predators, but the Photuris does not. If it wants protection it must consume them from their prey. The Lucibufagins that repel predators can then be recycled by the Photuris fireflies to also protect their eggs. 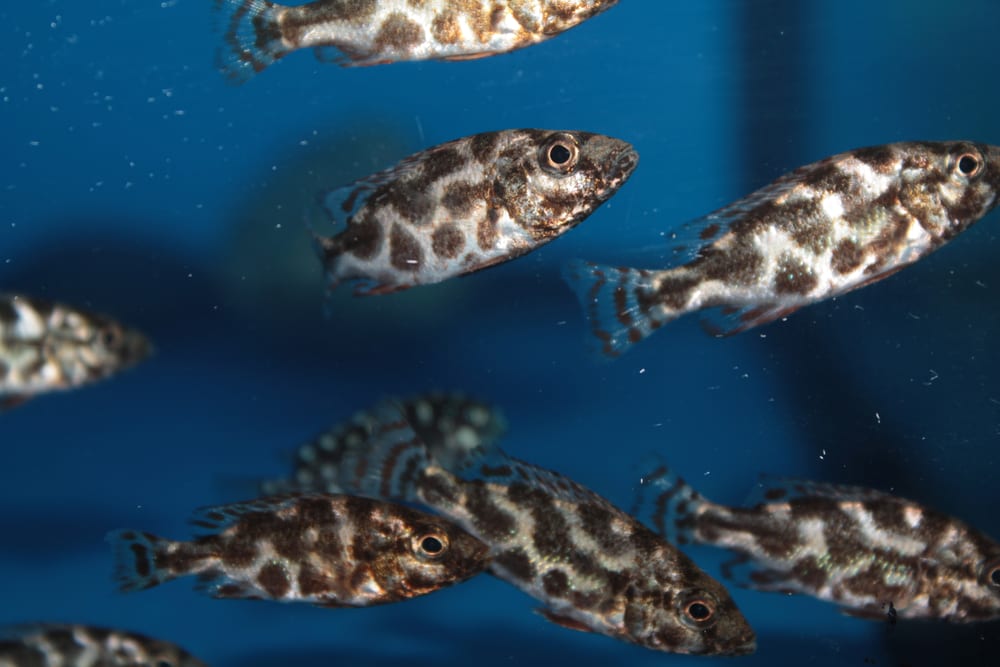 Playing dead can be a great defence mechanism. Some animals will only eat live prey so to not die prey sometimes pretend to already be dead. For Livingstone’s Cichlids, Nimbochromis livingstonii, playing dead is not a defence but a subtle form of attack.

The small fish have a splotchy but eye-catching pattern on them. It looks a little as if their flesh is rotting. This comes in handy when they head to the bottom of a lake and lay perfectly still on their side. There is nothing more tempting in nature than a free meal and soon small fish will gather around the apparently dead fish. It is then that the cichlid strikes and swallows their prey whole before moving on to play dead again.

Found in Lake Malawi these fish are commonly known to local fishermen as ‘kalingono’ – the sleeper.

Some animals are not only sneaky predators they are also sneaky prey. For some species of Bolas spider they have evolved to look exactly like a pile of bird droppings. They spend the day waiting on top of a leaf and are mostly left alone by any animal that might prey on them – who wants to eat bird poop? It is at night that they spiders transform into cunning hunters.

During the night the spiders move to the underside of a leaf and spin out a thick and strong strand of silk. At the end of this strand is a sticky and heavy mass. Then the spider waits with this bolas hanging from its front legs. The spider is waiting for a moth to come too close. As soon as one comes within reach it lashes out with the bolas. Stuck on the strand the moth is reeled in and devoured by the spider.

It is not only the method of ‘fishing’ for moths that is sneaky. To lure in more moths Bolas spiders have evolved the ability to pump out pheromones that are attractive to the moths. The spiders can even select the correct pheromone for the moth species that are fluttering around it.

Spider webs are generally stationary objects. You might therefore scoff at animals that have been foolish enough to get caught in them. For the Net-casting Spider, also known as Ogre-faced spiders (Biologists can be cruel), they don’t give their prey a chance to escape. They bring the web to the prey.

Net-casting spiders spin a special web across their front arms while they hang from a branch. With their large forward facing eyes, hence the Ogre-face name, they watch out for small insects passing beneath. The web spun between their limbs is a specially prepared stretchy form of silk. As soon as they spot their prey the spiders stretch out their legs, pull open the net, and reach down to ensnare the insect beneath them in a fraction of a second.

The spiders will lurk for hours waiting for their prey. To make sure they have the best chance of capturing them they will set a target for their aim. This is often made of white splashes of their own faeces. As soon as the prey steps in the faeces the dirty stuff really hits the fan and the spider pounces.

Frogfish are pretty strange looking fish – because they often look like almost anything other than a fish. They are generally small and stocky with fins that are muscular and act like legs to allow them to walk across the seabed. They are also covered in appendages that help them to camouflage as everything from seaweed to coral. This mimicry helps them hide from predators but also lets them ambush their prey.

They often sit motionless in their environment waiting for prey to stumble across them. Then they open their mouths wide and pull in their food. Their mouths can expand over ten times larger than they normally are while resting which doesn’t give prey much room to escape.

As well as camouflage some frogfish use lures on their heads to tempt in unwary prey. Some have lures that resemble worms that they bob around to make them extra enticing. Others have lures shaped like shrimp or even small fish – complete with fake fins and eye spots.

You would not think that a deadly venomous snake would have to put much effort into sneaking. Surely they just bite their prey and sit back to enjoy their meal. Puff adders however have evolved a more sedate method of hunting – they let their tongue do the work.

The puff adders are ambush hunters who will wait for food to run in front of them. It does this while most of its sinuous body is concealed and only its head and eyes are exposed. Then it launches forwards and bites them. If it wants prey to come to it however it can use its tongue in a technique called ‘lingual luring.’ With its tongue hanging out any unfortunate frog that comes by may be fooled into thinking there is an insect for it to snack on. When it gets close enough to investigate the frog suddenly finds itself the hunted and not the hunter.

If the puff adder is in the mood for a larger meal it can use it tail to lure them in by waving it rhythmically through the air so that it resembles a worm or large grub. 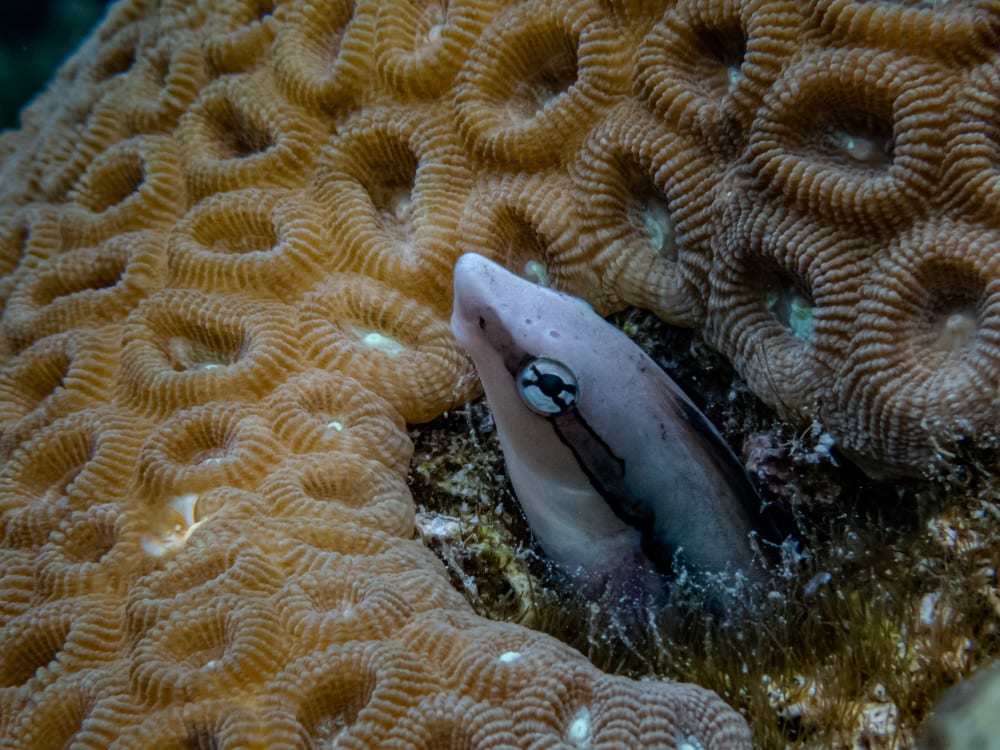 Cleaner fish are some of the nicest creatures in the ocean. They perform a vital service for larger fish. When a large fish finds itself crawling with parasites a cleaner fish with swoop in and eat the damaging little creatures. The larger fish benefits because it is free of parasites and the cleaner fish gets a good meal so everyone benefits, except the parasites. But some animals can’t just let nice things happen. The False Cleanerfish takes advantage of everyone.

The False Cleanerfish then swims off with its stolen bit of flesh and the larger fish learns not to be so trusting in future.

Assassin Bug Stacks Dead Ants on its Back for Camouflage

Social insects like ants and bees are masters of recognising who belongs in their nests and hives. Using smell alone they can identify other members of their collective. As soon as they smell something that does not belong they either attack it or cast it out. Usually this system is enough to protect them but the Assassin Bug called Acanthaspis petax has found a macabre but ingenious way past their defences.

This assassin bug forms what is called ‘corpse camouflage’ while it is a young nymph. Using a sticky secretion it gathers the dead bodies of ants and sticks them together into a mound it carries on its back. This lets it get close to its prey without them immediately noticing that it is a predator.