The next time you see a couple of cute puppies romping in a pet shop window, allow your mind to fast-forward a year. Now, the puppy is not quite so cute but still chews shoes and occasionally leaves a puddle on the carpet. Rather than dealing with these issues, you may find it easier just to dump the unwanted dog at an animal shelter. You assume he’ll find a home eventually. The reality, however, is often pretty grim.

Millions of discarded pets flood animal shelters every year, and mistakes come with dealing with such vast numbers. The most tragic is accidental euthanasia, which happens often, occurring all across America.

One particularly heartbreaking case from November 2010 involved a dog named Target. Target had saved the lives of US soldiers serving in Afghanistan by alerting them to the presence of a suicide bomber. When his tour of duty was over, Army Sgt. Terry Young brought the hero dog home with him to Arizona. Target even made an appearance on CNN to celebrate her bravery.

Then Target vanished from Young’s home. The family searched frantically, but Target was picked up and brought to Animal Care and Control, where she stayed for three days before being mistakenly euthanized. Ruth Statler, the facility’s director, delivered the news to the family personally, claiming to be “heartsick.”

Young released a statement, which read in part: “My four-year-old son just can’t understand what is going on with Target and keeps asking me to get the poison out of her and bring her home. They don’t want her to be with God yet.” 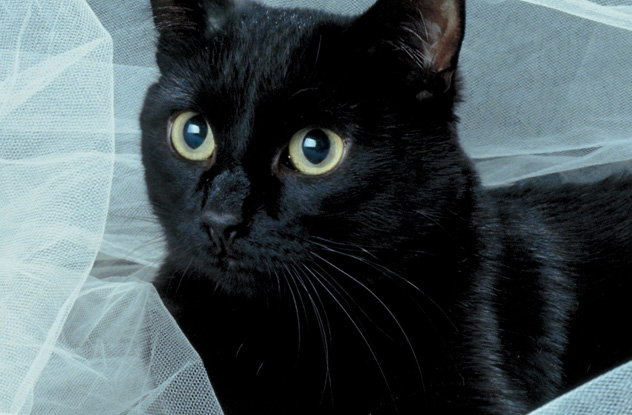 Black dogs are less commonly adopted than those of other colors, a phenomenon appropriately dubbed “black dog syndrome.” Their feline counterparts have it even worse. Animal shelters refuse to adopt out black cats around Halloween for fear they will be sacrificed by cults.

While some psychopathic or otherwise misguided individuals might engage in this behavior, this fear of satanic cults is largely irrational. In many instances, adopting an animal is such a troublesome, annoying process that even well-meaning people shy away from it. Home visits, adoption fees, and other complications are far too much trouble for your hypothetical bloodthirsty Satanist.

On the other hand, Halloween does play a part in the adoption of black cats—not as objects of horrific sacrifice, but as cute props for parties. The cats are then unceremoniously discarded. 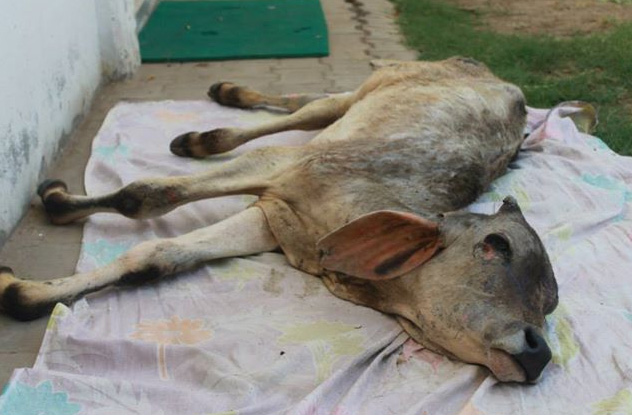 Jainism is a nontheistic religion from India that stresses non-violence toward all living things. Due to their beliefs, Jains are vegetarians and often operate animal shelters called panjrapoles. These shelters take in animals of all kinds, as Jains believe that every life is sacred. Some panjrapoles specialize in cows, which are rarely slaughtered for meat in this largely Hindu nation.

Jains do not euthanize poor candidates for adoption, as most shelters around the world do. However, as many teary-eyed people can attest, euthanasia is often the humane decision when an animal is beyond medical help. Many Jain animal shelters will not even help sick animals, believing that doing so interferes with the sacred, natural course of life. This can be especially dangerous in India, where many dogs are rabid.

This policy can also lead to overcrowding and a poor quality of life. Dozens of cows are crammed into tight spaces with nowhere to graze. One Western veterinary student who volunteered at a Jain shelter in India shared a graphic account online, complete with two albums of very disturbing pictures.

Candlelight memorial for Ace the pit bull from Detroit

There is no more controversial dog on the planet than the American pit bull terrier. Detractors call it a vicious animal that should be driven to extinction. Aficionados posit that it is actually one of the friendliest and most trustworthy breeds. Headlines could certainly make the case that pit bulls are villains or heroes.

Some communities, including Denver, Colorado and Miami, Florida, have banned pit bulls altogether. Should a pit bull be picked up by animal control in such a community, it is euthanized no matter how sweet and affectionate it might be.

In Detroit, a pit bull was picked up in 2011 and was named “Ace” after a nearby hardware store. Multiple accredited rescue agencies pleaded with the city to allow them to adopt Ace. Multiple families claimed to actually be Ace’s owners. However, citing precedent, Detroit euthanized Ace on November 10 to prevent “overwhelming appeals in similar cases.” 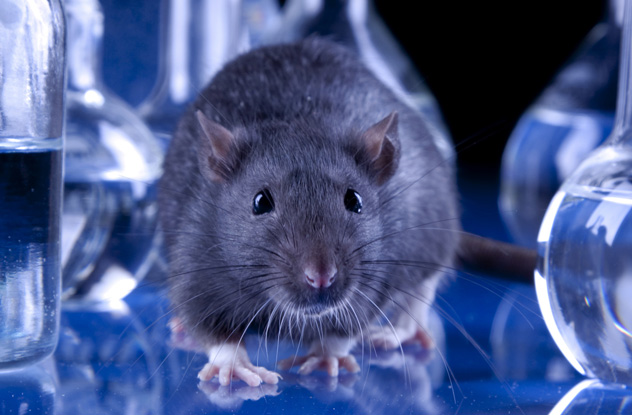 Animal testing is always a controversial issue, with some decrying the horrors of lab rats doused in acid and others contending that it is necessary to save human lives. Animals used for experimentation have two distinct origins: Class A and Class B breeders. Class A breeders sell specifically to research facilities and are specially licensed by the USDA. This is a big business, and they even have their own online buyer’s guide. Class B breeders can source their animals from nearly anywhere. This includes farmers, dog breeders saddled with runts they can’t sell off, and animal shelters.

In 31 states in the US, you can legally adopt animals from shelters and sell them off to labs. Fourteen expressly make this process illegal, but another five actually require shelters to provide animals to labs upon request. 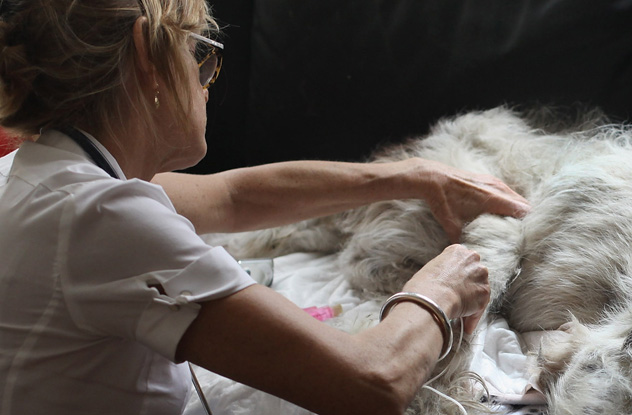 If you drop an unwanted pet at an animal shelter, it probably won’t be adopted. More likely than not, it will be put to death. The American Humane Association estimated that 64 percent of animals brought to shelters are euthanized—56 percent of dogs and 71 percent of cats.

The cited statistics are from a study done in 1997, which only surveyed a fraction of shelters throughout the nation (1,000 of an estimated 3,500), so the real numbers could be far worse. They likely are, given that breed bans and breed-specific euthanasia are relatively new.

PETA, whose extreme policies in defending animals often border on the absurd, is one of the worst offenders in this regard, euthanizing over 90 percent of the creatures remanded to their care. PETA claims that its euthanasia rates are so high because their shelters are a “last resort,” taking in animals that would not be accepted anywhere else. 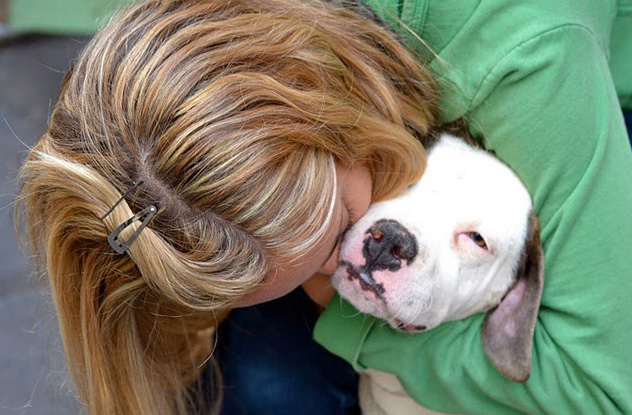 Some animal shelter policies appear to be counterintuitive or downright bizarre, and one shelter worker learned the hard way what happens when you go against procedure.

Emily Tanen was hired by Animal Care and Control of New York City in 2009 to act as a liaison between the shelter and outside rescue agencies. To make the dogs at Animal Care look more appealing, she photographed them interacting with people to replace the standard shots of the dogs alone. One man said that Tanen’s unique photos inspired him to take in a dog from the Animal Care shelter. Nevertheless, Emily was terminated for violating their policy of excluding humans from photos.

Sometimes, governmental policies can work against the shelters. In July 2014, nine heavily armed Department of Natural Resources agents and four deputy sheriffs raided the Society of St. Francis’s no-kill animal shelter. They’d been alerted that the shelter was harboring a wild animal—it is illegal in Wisconsin to keep a wild animal for more than 24 hours. The hit squad sedated the creature and brought it out of the shelter in a body bag. It was later euthanized.

The beast in question? No snarling coyote or bobcat but a 16-kilogram (35 lb) baby deer. Its name was Giggles.

An animal shelter would seem like the last place someone would break into, but on October 17, 2013, a drunk women climbed the fence of the All About Animals shelter in Macon, Georgia. Crystal Gale Fessler, 36, claimed to believe that she was liberating dogs from a kill shelter. As she flung open cages, the dogs (many of whom were pit bull or bulldog mixes) fought savagely. She released 40 of them. Three wound up dead, others were seriously injured, and many had psychological scars from the incident.

Fessler was sentenced to a year behind bars. She received a $500 fine, 200 hours of community service, and mandatory counseling sessions. 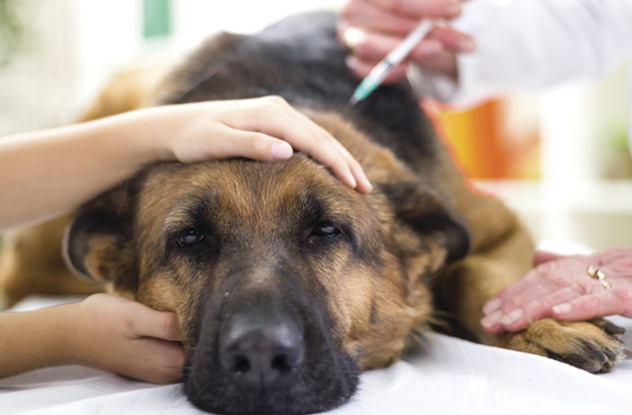 There is a huge debate about the effect of no-kill shelters. The most central issue is whether it is more humane to keep an animal for an indefinite amount of time in a likely high-stress environment or to euthanize it after a certain period. This is akin to the choice between the death penalty and spending life in prison.

Unless the shelter in question is particularly successful at adopting their animals out, it will quickly reach maximum capacity and will have to turn down future admissions. This can mean that a pet with a good chance of being adopted could be rejected in favor of a dog or cat that has been languishing in a cage for years. For this reason, no-kill shelters tend to be especially picky about which pets they accept, only taking the most desirable and turning away others.

To eliminate the euthanasia of healthy pets, it seems we can’t rely on establishing more no-kill shelters. We have to promote responsible pet ownership and regulate the breeders and puppy mills that churn out thousands of unwanted animals.

Warning: The above video shows actual dogs being gassed to death.

Pet euthanasia usually goes something like the following. You say goodbye. An empathetic vet arrives and administers a shot, typically a massive overdose of sodium pentobarbital. The dog or cat peacefully and painlessly dies in a matter of seconds (hence the euphemism “put to sleep”).

For many animal shelters, this is neither efficient or cost-effective. To kill animals en masse, some shelters (particularly those in rural areas) rely on an airtight dumpster-like container where they can be gathered and gassed with carbon monoxide.

According to the American Veterinary Medical Association, this is a humane form of euthanasia. Carbon monoxide is a colorless, odorless gas that has killed many humans inside their own homes.

However, the process is seen as cruel by the American Humane Association. The animals are often piled in together, perhaps over a dozen at once. Sometimes, fights break out, and distress calls can be heard from within the box as the gas begins to seep inside. Unconsciousness occurs within a minute. Death takes up to 25 minutes. Occasionally, some particularly tough dog manages to survive.

Thirteen states, including California and New York, outlaw the practice of gassing shelter animals, but it persists elsewhere.