When we hear about biting attacks, most of us think of Austin Harrouff’s face munching or Mike Tyson tasting Evander Holyfield’s ear. However, biting attacks happen with alarming frequency.

Although children bite, we supposedly outgrow this atavistic behavior. Yet, if we routinely resort to mauling with the mouth, a question emerges: How savage is humanity? 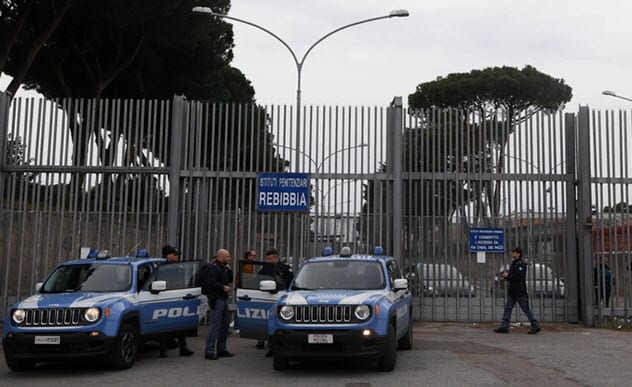 In prison, weapons can be improvised from anything—even mouths. On September 9, 2020, Italian daily Il Messaggero reported that a Sicilian Mafia boss bit off and swallowed the pinkie finger on the right hand of a prison guard.

Giuseppe Fanara, 60, attacked the guard during a cell inspection at Rome’s Rebibbia Prison. According to the report, “The finger disappeared, leading a Rome prosecutor to conclude it had been eaten.”[1]

Nine years into a life sentence, Fanara languished in solitary confinement due to Italy’s 41-bis penal code. The law targeting Mafia bosses not only imposes harsh sentences but also isolation to prevent top gangsters from running criminal enterprises behind bars.

Authorities transferred the Sicilian don to Sardinia’s Sassari high-security prison. He faces new charges of aggravated assault and resisting arrest. Fanara’s mouth wasn’t the only weapon. The prisoner allegedly brandished a broomstick at the other six guards while shouting, “I’ll slit your throats like pigs.”

Man accused of biting store clerk in the face, arm

In April 2019, Joel Davila bit a chunk out of a gas station attendant’s face in Taunton, Massachusetts. The 19-year-old perpetrator allegedly savaged the Sunoco clerk after the victim attempted to stop Davila from stealing.

While licking blood from his fingers, Davila reportedly uttered, “I don’t eat flesh, I just drink blood.” Witness Michael Keegan secured Davila at the scene until police arrived. He noted that the 19-year-old “hissed at me like a feral cat” and finger-painted with the clerk’s blood.[2]

Once police arrived, they attempted to locate the severed face flesh. Davila allegedly contradicted his earlier statement: “I think I ate it. You can cut my stomach open to check.”

A judge ordered Davila held without bail at Bridgewater State Hospital for a mental health evaluation. Family members said, “Joel is not stable right now.” In November 2018, Davila was arrested for vandalizing and urinating on the floor of a church.

In August 2019, a woman escaped her kidnapper by biting off his penis. The unnamed victim fled captivity and knocked on various residents’ doors before eventually making it to a Waffle House in Greenville, South Carolina. Later, authorities discovered registered sex offender Dennis Slaton, 61, covered in blood at his house.

“It was pretty bad, pretty tragic, what happened to me,” said Slaton, who has previous convictions for sodomy and attempted rape. Although the police report did not note how the penis had been severed, Slaton told 7News that his abductee had bitten it off.[3]

On August 8, 2019, Slaton had picked up the victim at a gas station. Then he pulled a knife on her and forced her into his house. There, he sexually assaulted her and threatened her life. The victim used Slaton’s knife to stab him in the buttocks. Slaton’s address is listed as Jesus Saves Ministries. 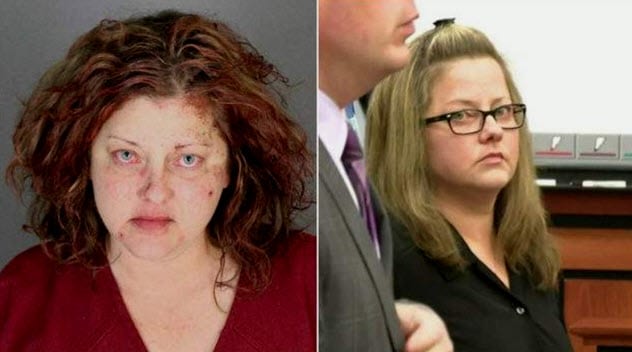 According to the unnamed victim, she had invited Weaver over for drinks. After refusing Weaver’s sexual advances, the victim went to bed, only to awaken to Weaver stripping the victim and strangling her while biting her face.[4]

During preliminary examinations, Deputy Shawn Hopkins reported, “Weaver told me that they were having consensual sex and that [the victim] was a vampire and that Ms. Weaver was the wolf.” Hopkins also noted that “the outer edge of her left ear appeared to be missing” and that a chunk of cheek flesh “was completely gone . . . possibly bitten off.”

The victim insisted that the role-playing was not consensual. However, she said, “[We kissed] once when our daughters were young.” 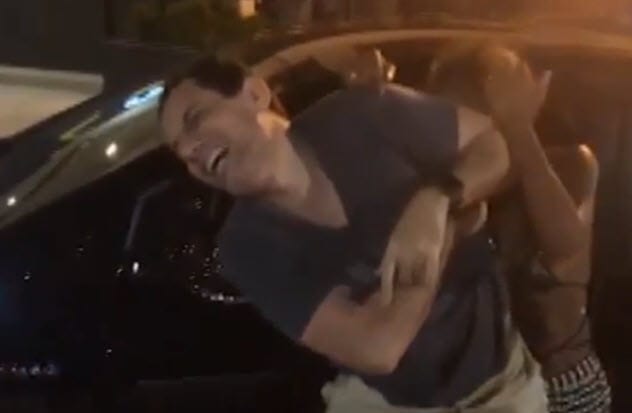 Think your job bites? On August 18, 2019, Uber driver Yasser Hadi faced a random attack in midtown Atlanta after dropping off a passenger. Unprovoked, Tasheena Denise Campbell, 26, approached from nowhere and pounced on his Prius.

After destroying Hadi’s windshield wipers and entering his car, she set her sights on him. Campbell lobbed some haymakers and then took a bite out of Hadi’s midsection. Several bystanders videotaped the event, but they failed to intervene until the damage was done.

Police eventually arrested Campbell for battery and criminal trespass. According to the report, she urinated on the station floor, repeatedly rammed her head against the wall, and required restraints.[5]

“A dog does not bite like this. She’s still biting while I’m pulling for about 30 seconds,” explained Hadi. According to the Uber driver, Campbell not only took a bite out of his ribs but out of “my job, my health, and . . . pocket money.” 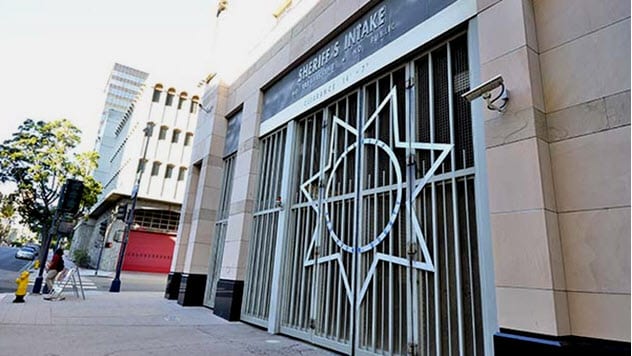 On December 4, 2019, Miguel Lucas began lawsuit proceedings against the County of San Diego for an attack while he was in custody. Lucas, 26, claimed that inmate Reginald Harmon attacked him without reason and bit off a large portion of his cheek.

The filing claims that Harmon, 35, had attacked inmates on previous occasions and that even Harmon’s mother had warned authorities about her son’s need for a segregated cell.[6]

According to Lucas’s attorney, Chris Morris, this incident is part of “a complete lack of direction in making mental health a priority in our jails.” Lucas claimed that the incident gave him PTSD and a large keloid scar due to insufficient treatment.

He also said that defendant Deputy Gustafson observed the 15-minute assault over security monitors but failed to do anything. The plaintiff alleged that Gustafson and other deputies took photos with the piece of cheek. Then they suggested that “[Lucas] could have put up a better fight.” 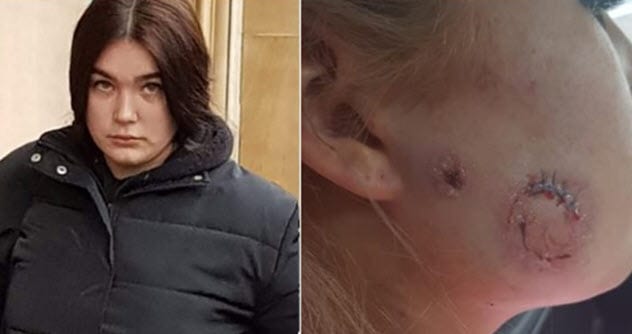 Young women can be savage to one another, especially when exes are involved. On February 3, 2019, the Aura Nightclub dance floor in Dundee became a scene of horrors when 19-year-old college student Danielle Gaffar mauled Kyra Strachan.

The “impulsive” attack began over a former flame. Gaffar admitted to grabbing Strachan’s hair, pummeling her head into the ground, choking and eventually permanently disfiguring her with a savage bite to the cheek. Strachan, 18 at the time of the incident, was dancing when Gaffar attacked from behind. The bite required plastic surgery to secure Strachan’s flapping flesh.

The Scottish court imposed a 16-month sentence on Gaffar. The attack was “entirely out of character,” said defense solicitor Jim Laverty. For Gaffar, this “fleeting moment of madness” drew outrage, death threats, and lost job opportunities.

Despite Gaffar’s insistence that the “loss of self-control . . . will never, ever be repeated again,” Sheriff Thomas Hughes insisted that a custodial sentence was essential.[7]

3 A Bite Out Of Discrimination 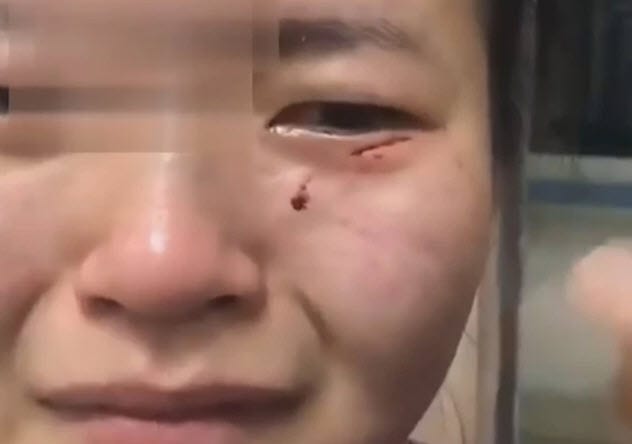 On April 1, 2020, a COVID-19 patient bit a nurse’s face in Guangzhou in southern China. It all started when Okonkwonwoye Chika Patrick, 47, tested positive for coronavirus. He refused medical tests and assaulted nurse Wang Hong when she attempted to stop him from escaping quarantine.

Patrick pushed the nurse to the ground and pummeled her before sinking his teeth into her face. According to police, the Nigerian passport holder was to be charged once he was released from treatment.

The same month, Time magazine published an article about discrimination facing Africans in Guangzhou following the COVID-19 outbreak. Sources noted that landlords monitored African residents’ doors with surveillance cameras, magnetic strips, and alarms as the government insisted that “all Africans must be isolated at home.”

According to another source, a woman and four Ugandan roommates were forcibly quarantined in a hotel, where they were charged $500 each. Additionally, videos have begun circulating of Africans being barred from Guangzhou supermarkets and restaurants, including McDonald’s.[8]

Stainner insisted the dog owner hit her in the head, pushed her face into the dirt, and attempted to wrestle away the pepper spray. Then Cadwalader allegedly sank her teeth into Stainner’s arm for 10–15 seconds. “She was literally latched to my arm,” said Stainner.[9]

Cadwalader’s attorney, Emily Dahm, admitted that her client sank her teeth into the jogger. But Dahm insisted the “bad bite” was in self-defense as Cadwalader attempted to stop Stainner from pepper-spraying the dog. Cadwalader had no previous criminal record. She faced charges of false imprisonment, battery with serious bodily injury, and robbery.

According to Stainner’s friend Sue Hernandez, it is inconceivable that Stainner—a nurse, caregiver, and animal lover—would have harmed a dog unless absolutely necessary. 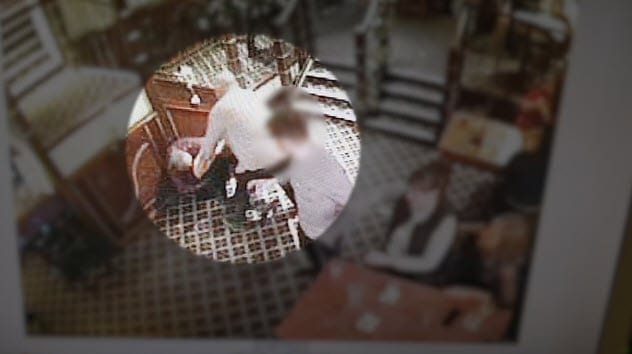 During Christmas celebrations in 2018, a prominent businessman brutalized a cricket coach at a Welsh pub. When doctors examined victim Jarrad Davies, 23, they wanted to know what kind of dog had attacked him.

It turned out that the animal was Anthony Wade Mears, 51, the Welsh-born head of Saudi-based Ma’aden Aluminium Company. Mears was home for the holidays. The incident at a Wetherspoons pub in Aberdare began as Davies accidentally bumped into Mears.

Witnesses alleged that Mears uttered “hold my f—king cigarette” before pouncing on Davies. During the attack, Mears bit Davies four times. The victim noted that one chomp to the midsection resembled a “second belly-button.”

Mears denied the allegations until he was confronted with CCTV footage of the event. After pleading guilty, Mears received a 21-month sentence, which was reduced to six months on appeal. Curiously, Mears’s father had been a detective inspector in Aberdare for more than 30 years.[10]

About The Author: Abraham Rinquist is the executive director of the Helen Hartness Flanders Folklore Society. A certified ethnomusicologist, he is currently penning “Whoa Man: A Feminist Critique of the Vienna Boys’ Choir.”