2020 will forever be remembered as the Covid-19 year. It most definitely sucked and continues to suck even as we (finally!) approach the end of it. The second wave of the pandemic is sweeping the globe, and right now it might seem like the virus is going to be around forever. Worst of all, Covid-19 has claimed the lives of over 1,5 million people at the time of writing.

Because of this, it is difficult to imagine anything else taking place this year that might be weird enough to even remember, come 2021. However, many strange things did happen this year, albeit mostly in the background. On this list are just some of the bizarre things that happened in 2020 to hopefully for just a few minutes at least, take your mind off the coronavirus and quarantine. 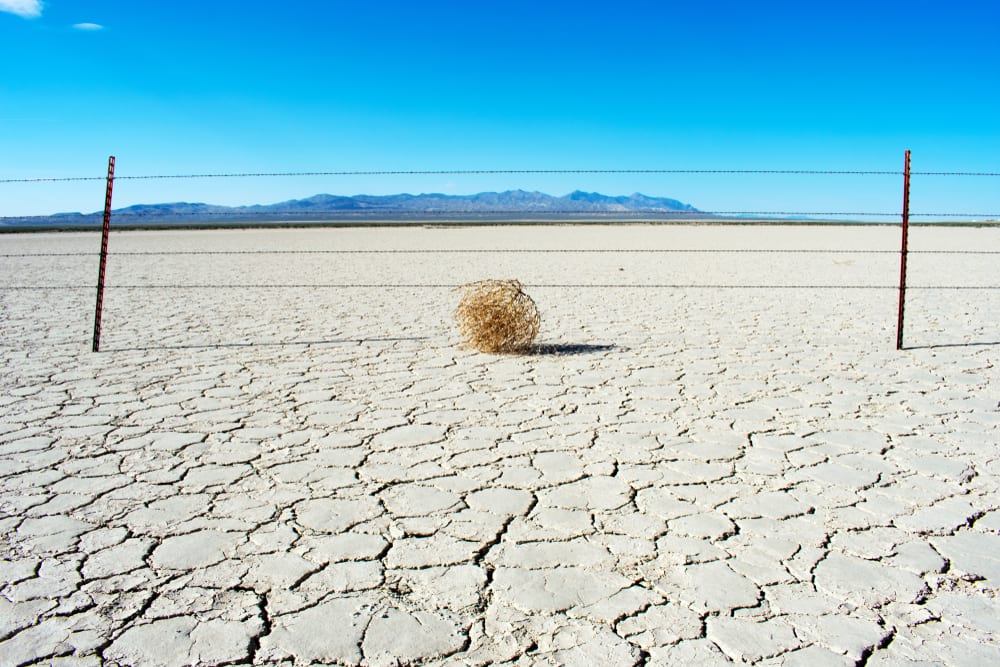 As the hours ticked by on New Year’s Eve 2019, some drivers near Yakima, Washington, saw in the new year trapped on a highway. A massive wall of tumbleweed left them stranded in their vehicles for about 10 hours while workers tried to uncover cars that had been completely buried beneath the invader plants. Two snowplows were used to clear the tumbleweeds after they were blown onto the State Highway 240 during strong winds.

One of the state patrol troopers, Chris Thorson, told The Seattle Times, that in twenty years on the job he had never seen anything quite like the sight of the giant tumbleweeds blocking cars. Tumbleweed is usually linked to the American West but originated in the Ural Mountain steppe in Russia. Nowadays it is found all over the world including Afghanistan and even New Zealand.[1] 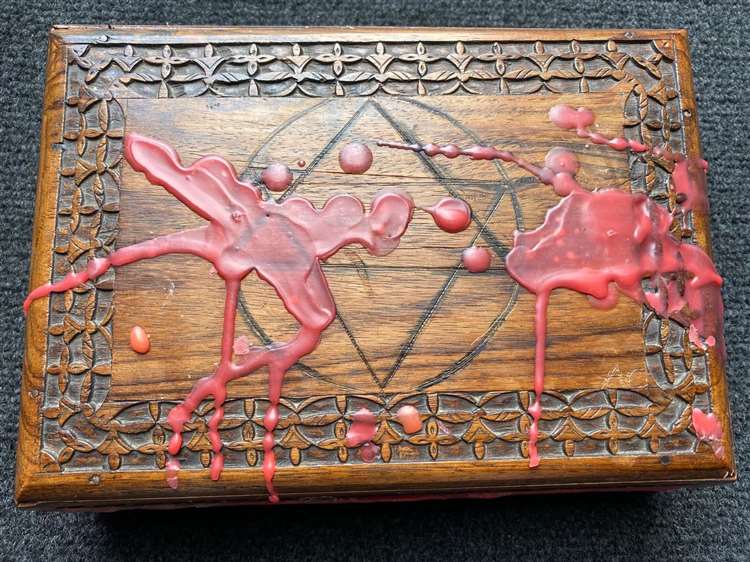 In October 2020 it was reported that a carved wooden box had been found at the infamous Boleskine House. The property was once owned and inhabited by occultist Aleister Crowley as well as Jimmy Page, guitarist and founder of Led Zeppelin. The box was rumored to have been sealed with melted wax and was bought via online auction by Rik Spencer, a resident of Grimsby. The person who sold the box to Spencer claimed that he had found it under the floorboards of the Boleskine House after a fire ripped through it in 2015.

In November 2020, Spencer worked up the nerve to open the box, after sprinkling a circle of salt around it. Inside he found something resembling a voodoo doll, a sketch that is reminiscent of the Sinister film DVD cover, as well as coins and what seemed to be vegetation. Spencer believes that the box might in fact be a Dybbuk box and asked for anyone with information on the owner of the house between 2012 and 2015 to contact him. The owner at that time would have been millionairess Trudy Piekaar-Bakker.[2] 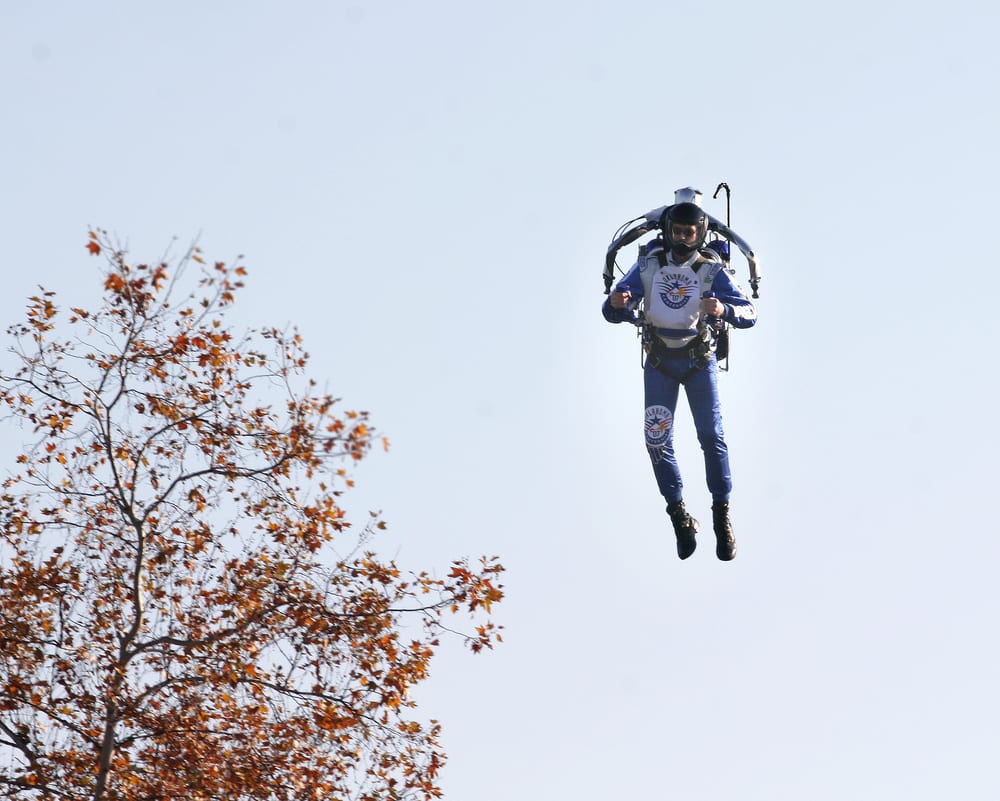 On 1 September 2020, an American Airlines flight crew reported a ‘guy in a jetpack’ flying at the plane’s altitude of 3,000 feet above LAX (Los Angeles International Airport). Another plane’s crew reported seeing the man as well, around 10 minutes later.

In October 2020, a flight crew yet again spotted a person in a jetpack at an altitude of around 6,000 feet, seven miles northwest of LAX. The FAA alerted the FBI who were investigating the sightings at the time.

To date it remains unclear who the person is that went flying around in a jetpack or whether the pilots and crew of the different planes simply mistook another object for a jetpack-wearing man. Some also believe that the flying object may have been a drone with a mannequin attached to it.[3] 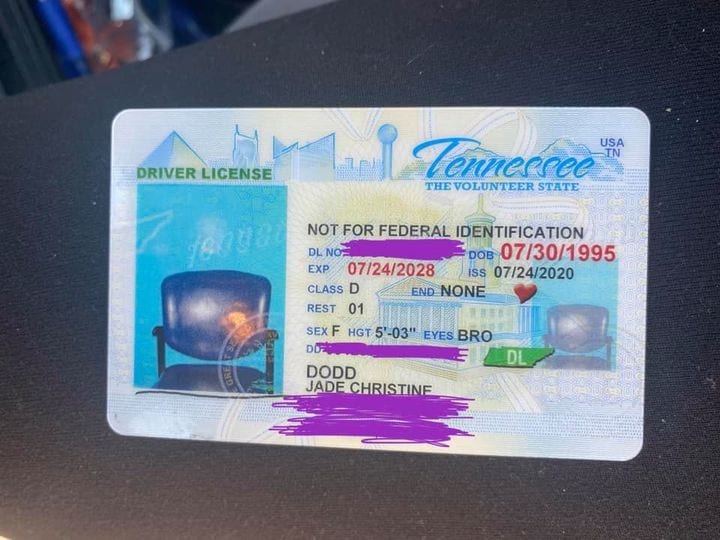 Jade Dodd from Tennessee renewed her driver’s license online in the middle of 2020 and received her new license card not long after. She was astonished however, when she saw that her face didn’t appear on the license. Instead, it sported an empty chair. She contacted the DMV who was sceptical of what Dodd was telling them at first. But once they checked their records, they couldn’t help but laugh.

It turned out that the chair was the last photograph taken and saved to Dodd’s file. Also, the photograph was reportedly accidentally taken before it was saved, which is how it made its way onto the license. As expected, after Dodd posted the funny photo to Facebook, it became the focal point of several memes. Fortunately, she didn’t have to wait long for the mistake to be rectified and received a fixed-up license card without the chair in August.[4]

6 Wish upon a scam 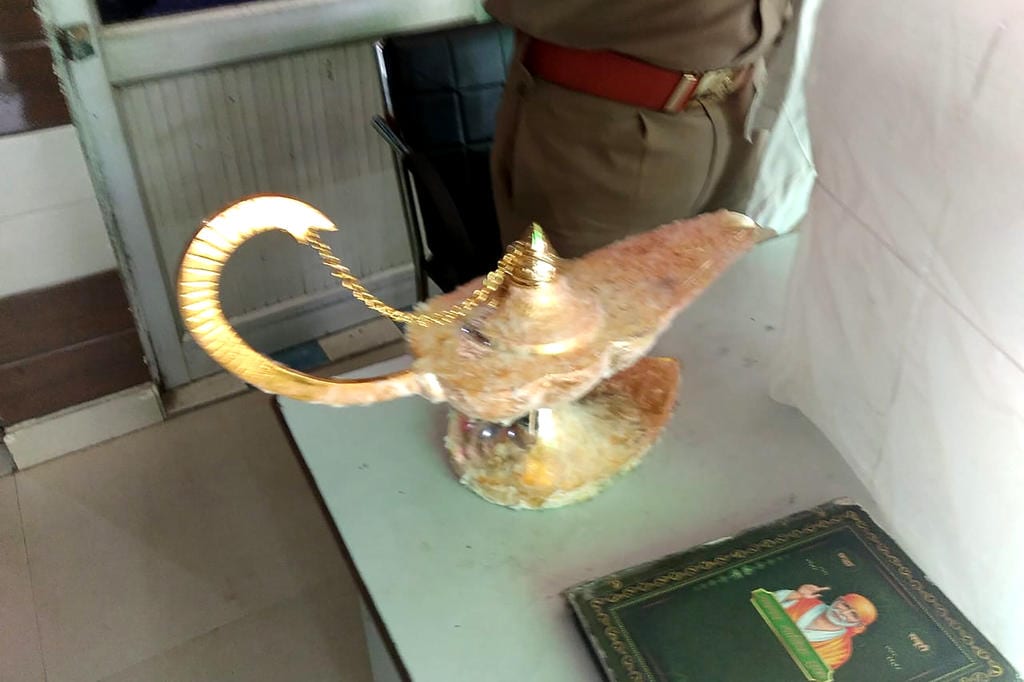 Earlier this year, Dr Laeek Khan from Uttar Pradesh in India started treating a woman for an undisclosed ailment and met her two ‘sons’ during the woman’s visits. The two men gradually started telling the doctor about a ‘baba’ (priest or ‘godman’) who would visit their home, and eventually got the doctor to come to their home and meet the baba. The two men also had a lamp in their possession that they claimed could produce a ‘jinn’ (or ‘genie’) which brought good luck and wealth.

At one point, Dr Khan asked if he could take the lamp home after one of the men made a ‘jinn’ appear from the lamp. The men refused, saying that the lamp could bring harm to the doctor, but they gave in when he said he would pay for it. Dr Khan paid $93,000 (around 7 million rupees) for the lamp, but soon realized there was nothing magical about it. The doctor then approached the police and filed a complaint after he also realized that the ‘jinn’ he had seen was most likely one of the two men in disguise.

The two men were arrested in November 2020 and were being held in custody ahead of charges being filed. The woman who was believed to be their mother, is in fact the wife of one of the men and is on the run as she too was involved in the scam.[5] 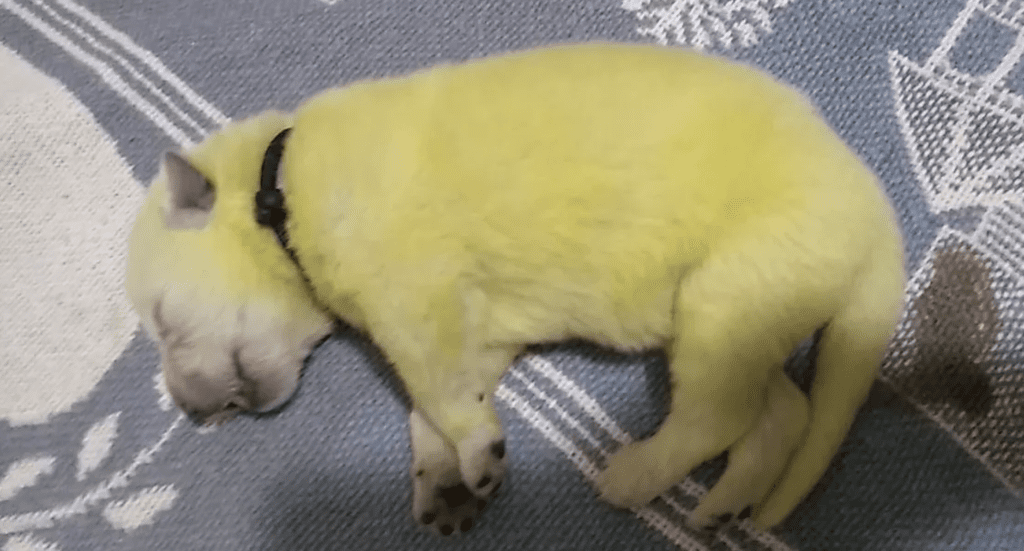 On 10 January Shana Stamey and her family were keeping an eye on their white female German Shepherd who was in the process of giving birth to eight puppies. When the fourth puppy started making his way out, Stamey was shocked to see that his fur was lime green. The other seven puppies all sported white or black fur. Fortunately, the color caused no harm for the little pup. He had simply been stained with meconium before being born. Meconium being a dark green substance that forms the first feces of a newborn puppy.

The family checked with a local vet to see that all was well with the puppy and were reassured that he wouldn’t stay that color forever. They also decided to call the little doggy Hulk, and believe that he is their good luck charm.[6]

From green puppies to green food, it is always a bit strange when things don’t come in the color you expect them to.

In the middle of 2020, a farmer decided to post some pictures of freshly laid eggs on Facebook. He had noticed that the eggs his hens had been laying had dark green yolks since 2019, but he only shared pictures of it nine months later. These pictures went viral and attracted the attention of experts at the Kerala Veterinary and Animal Sciences University. They contacted the farmer and collected one of his hens as well as a few eggs to try and determine the cause of the green yokes.

Researchers found green pigment in fat deposits below the skin of the hen and quickly cracked the case, determining that the feed given to them was causing the strangely colored eggs. They provided the farmer with alternative poultry feed and within two weeks the yolks of the eggs laid by all the hens were back to their normal yellow color.[7]

3 Aurora Borealis and the Titanic 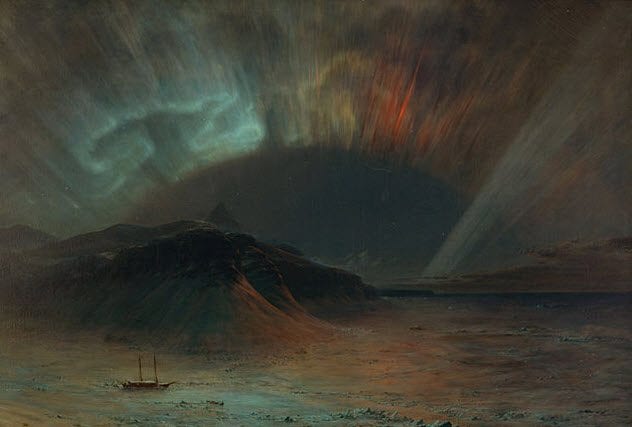 108 years after the sinking of the Titanic, the world remains fascinated by the tragedy and every piece of news that surrounds it. Ongoing studies have led to news reports in September 2020 announcing that a solar storm which sparked the Aurora Borealis may have caused interference with the ship’s navigational equipment.

There was no moon on the night the Titanic sank but the Northern Lights had illuminated the sky overhead, as seen and reported by many survivors. Independent Titanic researcher, Mila Zinkova, published a paper this year in which she detailed evidence that the solar storm and Northern Lights may have ultimately messed with the ship’s compass and cause it to veer into the path of the iceberg. She also posed the likelihood that the Carpathia compass too, was affected by the solar storm. Zinkova’s study, also posited that the Titanic’s radio transmissions would have been affected by the solar storm. This would then explain why the Titanic’s SOS signals went unheard and why responses were never received.

Historian Tim Maltin agrees with Zinkova that a solar storm took place that night, but he doesn’t believe it could have contributed to the disaster, instead holding on to the initial findings that the ship sank due to failures in its design and a lack of effective crew protocol.[8] 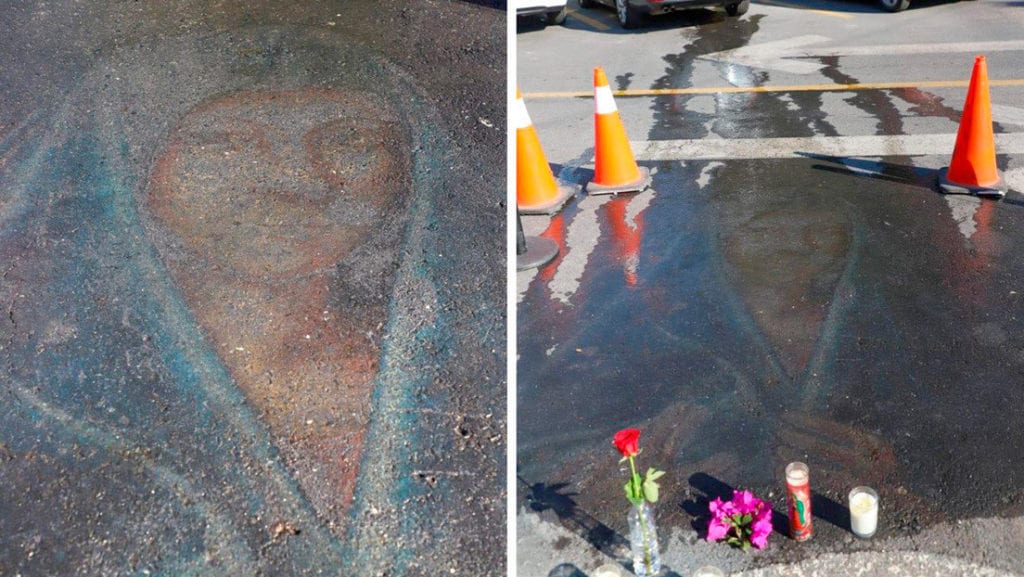 During the 2007 Bella Via festival in Monterrey, Mexico, a drawing of the Virgin Mary was added to the asphalt of an outdoor parking lot in the city. The drawing was meant to last around three weeks, considering it was drawn in chalk.

Fast forward to October 2020 and images of the drawing starts making the rounds on the internet. But these are not images taken during the 2007 festival. Instead, they are new photographs taken after the drawing mysteriously reappeared on the asphalt in 2020. Believers started flocking to the site, believing the reappearance of the drawing to be a miracle. The unnamed artist also visited the parking lot and confirmed that the drawing was the one created 13 years ago.

Officials cordoned off the site and let water run over the drawing several times to make it more visible. Not everyone was on board with the ‘miracle’, however, with some saying the talk of miracles is what is keeping Mexico from moving forward.[9]

Who doesn’t want to win the lottery? Imagine winning millions and then finally getting to buy your dream home or going on that long-wished-for vacation to exotic locations. In December 2020, 20 people in South Africa had their dreams come true when they became instant millionaires after sharing a jackpot of $7.8M. The kicker? The winning numbers were 5, 6, 7, 8, 9, 10.

People on social media immediately cried foul, saying the result was rigged and that the entire lottery process was just a scam. South Africa’s National Lotteries Commission vowed to investigate the ‘unprecedented’ draw and would make its findings known in due time.

In the meantime, some of the unnamed winners stated that they picked the sequential numbers ‘out of instinct’ while others just wanted to ‘try something different.’[10]