Note from Jamie Frater [Instagram | Facebook] Listverse Chief-Editor: As a hobbyist perfumer, I am naturally drawn to lists such as these. For your pleasure, here are a few others we have published on the subject before.

We assume all perfumes are sweet, pleasant smelling oils made from flowers, spices or synthetic chemicals. However, as you are about to find out, not all perfumes have nice scents. Some people and businesses have deliberately created terrible smelling perfumes.

Several other people and businesses have created unusual perfumes that beat our conventional logic of what a perfume should smell like. These perfumes are not your regular perfumes even though they may have nice or neutral scents. 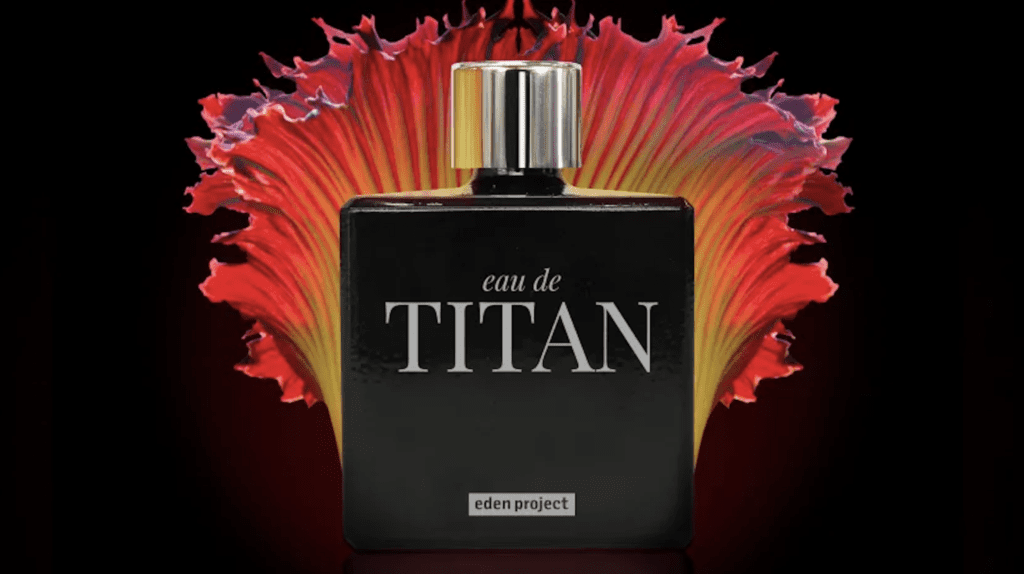 The titan arum is the world’s smelliest flower. It smells like a corpse, or if you prefer a more specific description, a disastrous combo of cheese, dead rat and rotting fish. So what made The Eden Project, an educational charity and visitor attraction based in the United Kingdom, think it was a good idea to make a perfume to mimic this terrible scent?

The group marketed the aptly named Eau de Titan to men who wanted to take their scent to a “bold and completely new direction”. According to a spokesperson, “The distinctive odor attracts insects brilliantly so it stands to reason it should work on people too”. Does this mean they made a perfume to make men attract insects to themselves? Little wonder it never caught on.[1] 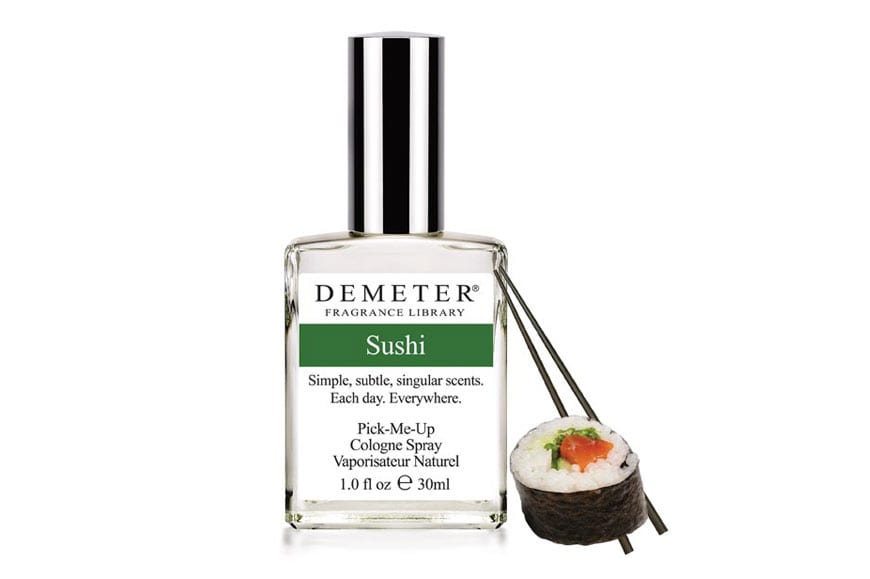 Do you want to smell like a dish of warm sushi? If yes, you should consider getting yourself the aptly named Sushi cologne by Demeter Fragrance. The perfume smells just like sushi. Before you begin to wonder why a normal person will want to smell like a fish, we should add that the perfume actually smells like rice and seaweed flavored with a bit of ginger and lemon, and not raw fish.[2]

Demeter Fragrance’s Sushi cologne does not smell like raw fish because sushi is not raw fish. Sushi is a rice dish flavored with vinegar and topped with raw fish. Rice flavored with vinegar but not topped with raw fish is not sushi. Neither is raw fish without the vinegar-flavored rice. Raw fish alone is sashimi. Despite this explanation, we will be hard-pressed to find anyone who wants to smell like vinegar-flavored rice.[3] 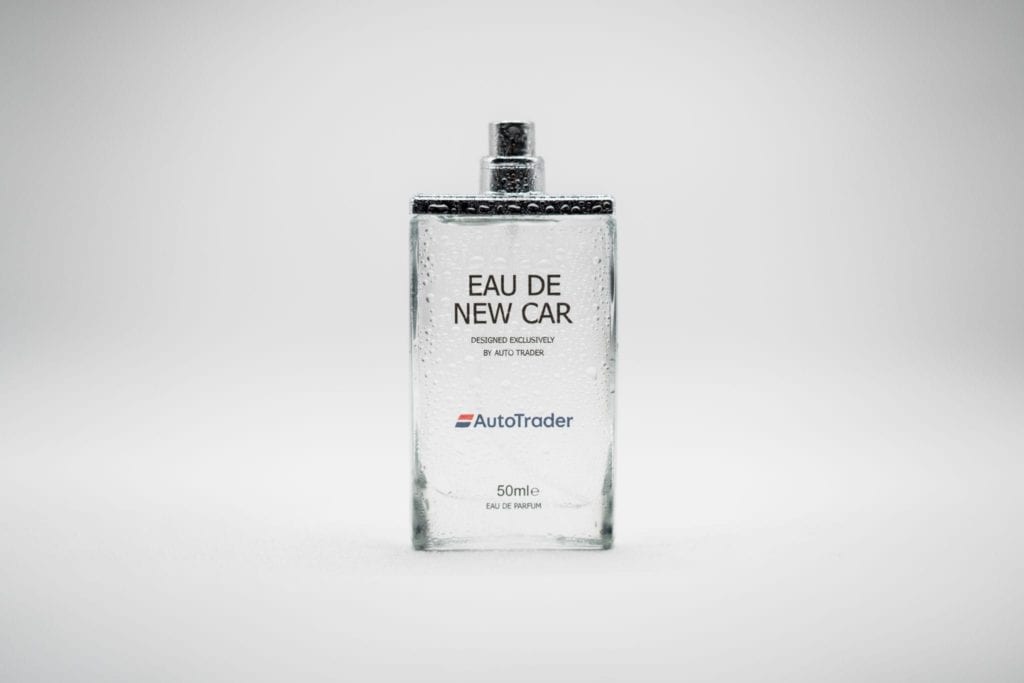 A few months ago, the British online car-trading website, Autotrader, launched a perfume that smells like a new car. Autotrader said it created the aptly named Eau de New Car after a survey revealed one-fourth of humans linked the scent of a new car with success. Little wonder it described it as “success in a bottle”.

Eau de New Car smells like the original leather and hard wax used in premium vehicles. Autotrader claimed it produced it to “recreate the heady emotion of the first journey in a new car”. This definition is a bit off considering the perfume is intended for humans and not cars. Who wants to smell like a new car? No one, as they later found out.

Autotrader used to sell the perfume on their website. A 50ml bottle went for £175. However, they have taken it off their website. While they have not revealed why, we guess it is due to poor sales. They should probably rebrand it as an air freshener for car owners instead. They will make more sales.[4] 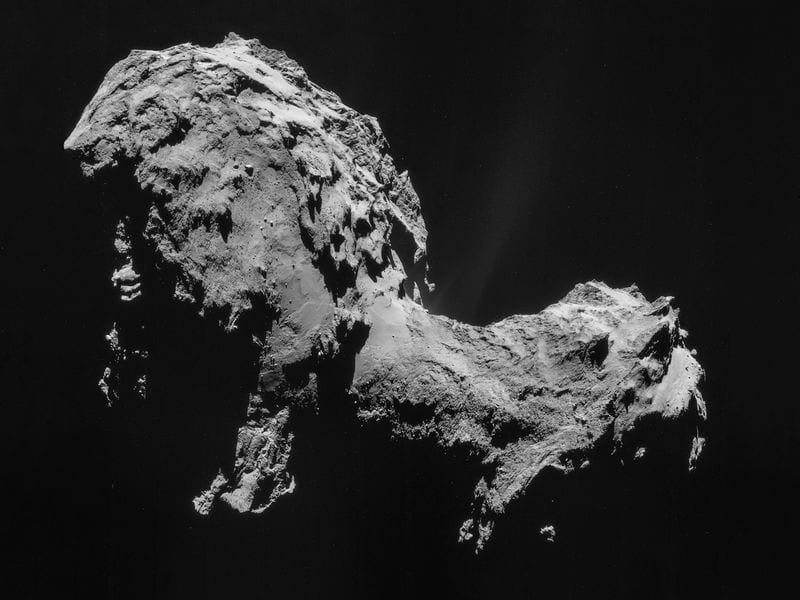 What do comets smell like? You will need to catch a whiff of The Aroma Company’s Eau de 67P to find out. Perfumologists at the British perfumer created the fragrance to mimic the scent of comet 67P/Churyumov–Gerasimenko. Unluckily for perfume collectors, this is a one-off scent specially crafted for the European Space Agency.

The European Space Agency commissioned the scent after attempting a landing on the comet in 2014. The Philae lander did not land on the comet as planned and just bounced off its surface instead. However, it still went on to complete four-fifths of its mission. That included determining the composition of the minerals in the comet.

This was what the European Space Agency used to determine what it smelled like. Talking about smell, the comet contains ammonia, methane and sulfur dioxide, indicating it smells like rotten eggs mixed with bitter almond and cat pee. This is what Eau de 67P smells like.[5]

Why We Love The Smell Of Old Books

If you want to smell like old or freshly printed books, perfumers got you covered. Let us start with old books. The satisfying, nostalgic smell of old books is the result of the presence of lignin, one of the major compounds found in the wood pulp used to make paper. Books release lignin as they age, causing the famous old book smell.

That said, anyone willing to buy the scent of a book written by a living author should consider Christopher Brosius’s Paper Passions, which retails for $200. If you really love the fragrance of a new book but do not want to spend that much money on a perfume, then maybe you should just buy a new book instead. It is a two-in-one deal. You enjoy your favorite scent and also get something to read.[6] 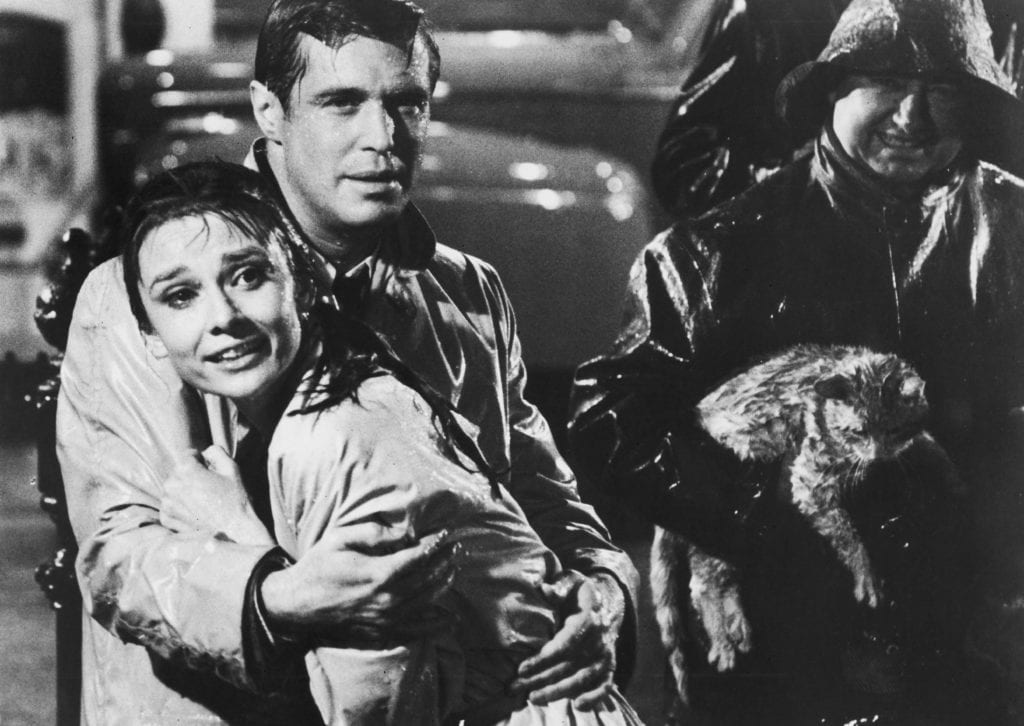 Do you remember that fresh, pleasant and relaxing scent you smell after a rain? That is petrichor. Petrichor forms when heavy raindrops hit the ground, causing the soil to release several chemicals from the soil. Those chemicals are responsible for the famous rain smell.

In case you want to smell like rainfall, Demeter, the same company that released that sushi perfume, has got you covered with their Thunderstorm perfume. According to a reviewer, Thunderstorm has a nice scent but does not stick well to the body. Whether that is a good or bad thing depends on the people around the wearer.[7]

Death is painful. No one wishes to lose a loved one but it is inevitable. That is the cycle of life. However, Katia Apalategui, a French perfumer has discovered a way to keep people’s scent alive long after they are gone. She packages that scent in a perfume she calls Eau de Death.

Eau de Death does not have an exclusive scent like every other perfume we have mentioned so far. Every bottle is crafted to mimic the scent of the deceased. Katia creates the perfume in a two-step process. She first extracts molecules from the clothes of the dead person and then mimics the chemical composition of those molecules to recreate that person’s scent.

Katia was inspired to create the perfume after discovering her mom kept her late father’s pillowcase to remember his scent. She spent years searching for a solution until she collaborated with Havre University chemist, Geraldine Salary, to develop a method for extracting molecules from clothes. A single bottle costs $600.[8] 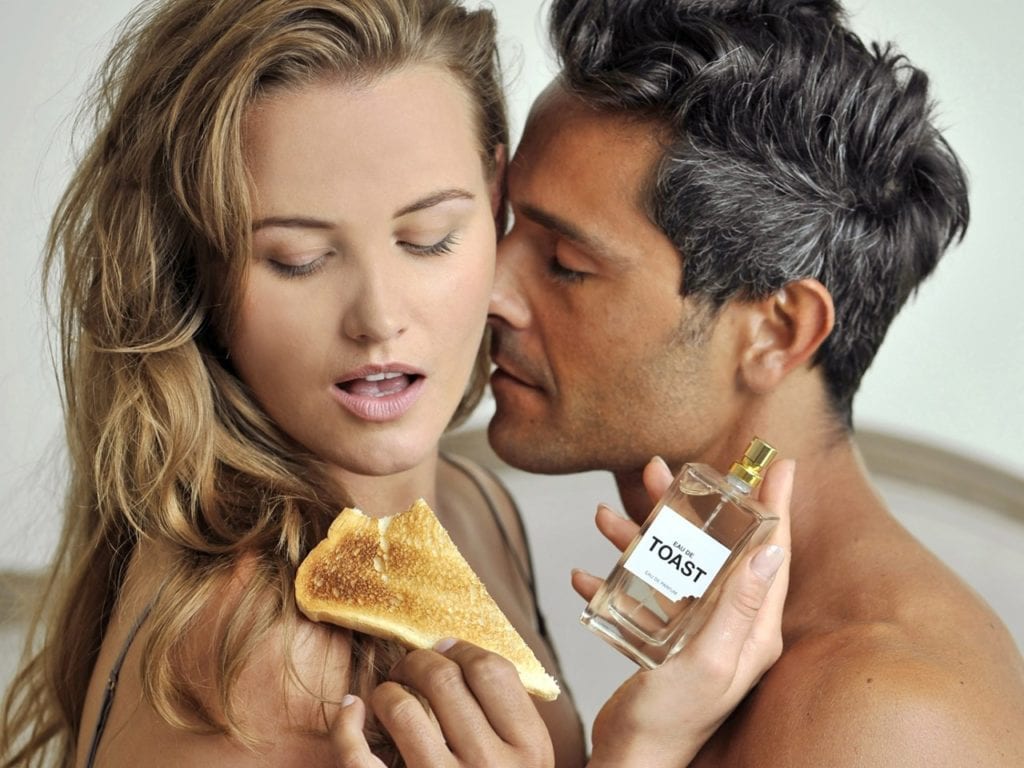 In 2013, the United Kingdom Federation of Bakers released a perfume that smells like toast. They did not put the perfume up for sale but sent it to several models who attended the London Fashion Week that year. The perfume proved popular among the models who grabbed every available sample.

While the trade association says it may recreate another batch as part of a marketing campaign in the future, there is little likelihood that it will ever out it up for sale. It commissioned the perfumes as part of its Slice of Life campaign to discourage people, especially women, from skipping breakfast and encouraging them to eat bread every day.[9] 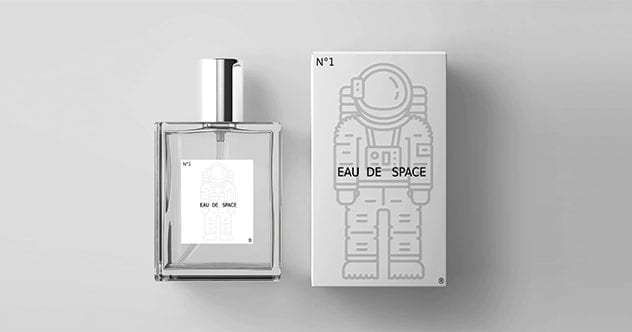 We know you may not believe this but NASA uses an artificial fragrance to familiarize astronauts-in-training with the smell of space. NASA did not create the fragrance itself but contracted Steve Pearce, the founder of the UK-based Omega Ingredients for the job back in 2008. Pearce spent the next four years developing and perfecting the scent for NASA.

In case you are wondering why an “ingredient” company is making scents for a space agency, we should add that Omega Ingredients creates scents for the food industry. A few years ago, it took things a bit further by releasing the scent as a perfume it calls Eau de Space. Up next is the big question. What does Eau de Space (and space itself) smell like?

There is no way to find out because Omega Ingredients is not talking.[10] It only said the scent was based on a “secret shelved formula based on verified astronaut accounts”. However, we may have an idea.

Don Pettit, who once worked as a science officer on the International Space Station said space has a sweet metallic scent, like sweet welding fumes. Other astronauts have likened the scent to different things including sulfur, rum, gunpowder, burned meat and raspberries.[11] 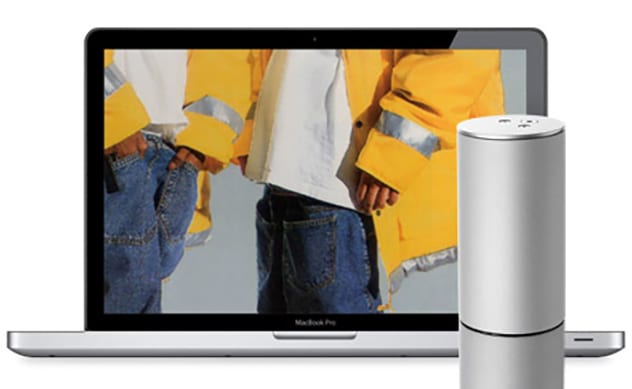 A few years ago, three Australian artists collaborated with Air Aroma to recreate a perfume that smells like a newly opened Apple Macbook Pro. They shipped an unopened MacBook Pro to Air Aroma’s office in France. Air Aroma opened and analyzed the materials used to make the package and used it to recreate the scent. Thereafter, they shipped the completed perfume and MacBook pro back to Australia.

Thankfully, the perfume is not an official Apple product, so no one will charge you $1000 for a 50ml bottle. However, anyone who wants to smell a newly opened Macbook Pro will need to buy an actual Macbook Pro (which costs over $1,000) because the artists do not plan to smell the perfume. They only created it for an exhibition they organized in Melbourne, Australia.[12]