Science is all about discovery. Uncovering fascinating new truths about the world around us. Finding original ways to explain some of the universe’s biggest mysteries.

Even in this technological era, there is still so much that modern science cannot explain. Are there unknown forces that we cannot detect? What is dark energy? How does quantum physics work? Some of the most intelligent minds on Earth are trying to solve these elusive riddles. And, once in a while, they make a breakthrough.

In recent years scientists have made a number of incredible discoveries. After scouring the world of subatomic particles, researchers at CERN uncovered the Higgs boson in 2012. Three years later, astronomers made another spectacular breakthrough when they captured a burst of gravitational waves from two merging black holes. From dark matter to fourth dimensions, galactic cannibalism to quantum hyperchaos, here are ten astonishing new findings that could change the way we view the universe. 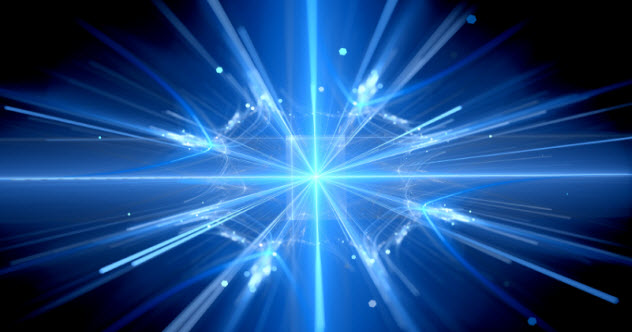 We live in a world of mysterious forces. According to particle physicists, there are four known fundamental forces underlying the universe: gravity, the electromagnetic force, and the strong and weak interactions. But now, researchers at CERN reckon they might have discovered a new kind of force. If they are correct, it could alter their understanding of the quantum world.

For the past ten years, scientists have used the Large Hadron Collider to create B meson particles. A ‘B meson’ is a type of subatomic particle with an incredibly short lifespan. It quickly breaks down into other tiny particles, forming electrons and muons. First discovered in the 1930s, muons are similar to electrons only heavier. In theory, the B mesons should decay into electrons and muons at the same rate. But the CERN team found something rather different. Instead of decaying at the same rate, the B mesons were more likely to break apart into electrons.

This unexpected behavior hints at a new kind of quantum force. The researchers say they feel “cautious excitement” about their potential discovery. But they stress that more work needs to be done before they can present their findings with authority. 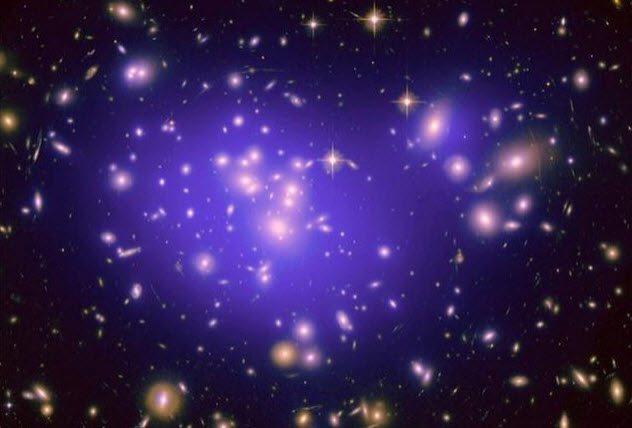 For years, cosmologists have been stumped by the expansion of the universe. The universe is swelling at a growing rate. No one is quite sure why. Scientists believe that dark energy is responsible for cosmic expansion. But, to this day, nobody has been able to explain exactly what dark energy is or how it works.

But that could be about to change. Swiss physicist Claudia de Rham has developed a trailblazing new theory that she reckons could shed light on the mysteries of dark energy. De Rham has put forward the idea of massive gravity—a theory based on Einstein’s general relativity.

“One possibility is that you may not need to have dark energy,” de Rham explained. “Or rather, gravity itself fulfils that role.”

Right now, massive gravity is just a theory. But, as scientists develop more sophisticated ways to detect gravitational waves, they may be able to find some evidence to support their cosmic speculation. 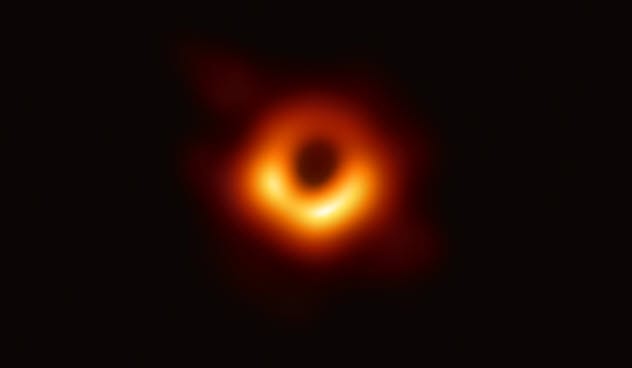 The Event Horizon Telescope is redefining astronomy. In 2019, the project made history when they released the first image of the outskirts of a black hole. Two years later, they updated their photo to include swirling magnetic fields circling the galactic giant.

The Event Horizon Telescope consists of a network of eight telescopes from around the world. Scientists combine data from all eight detectors to peer into space in a way never done before. In 2019, they produced an image of a supermassive black hole at the center of a nearby galaxy, 55 million light-years from Earth.

Electrons circle the black hole, emitting polarized light as they spiral around the edge of the cosmic whirlpool. By measuring the light, scientists calculated that the black hole’s magnetic field is 50 times stronger than the Earth’s. Certain black holes like the one in the photo are known to spit out jets of matter. But scientists have a limited understanding of how the process works. Analyzing the magnetic field gives astronomers a greater insight into black hole behavior.

“The polarized light has these curved swoops like a spiral,” explained Sara Issaoun, an astrophysics researcher at Radboud University. “This tells us that the magnetic field around the black hole is ordered, and this is really important because only an ordered magnetic field can launch jets – a scrambled magnetic field cannot do that.” 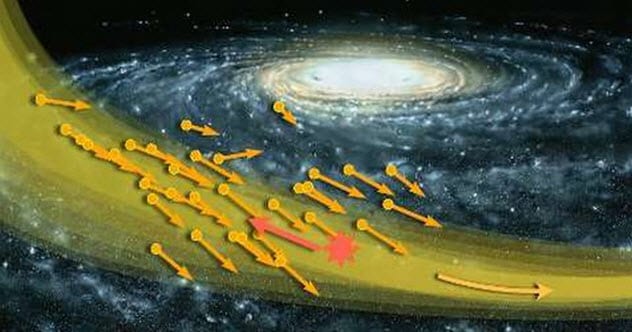 In the depths of the cosmos, 163,000 light-years from Earth, lies Tucana II. Tucana II is an ultrafaint dwarf galaxy. Scientists believe it was created in the early stages of the universe. A global research team recently discovered a cluster of stars near the fringes of the galaxy, which has provided a striking insight into its formation.

The team found nine new stars around 3,500 light-years from the core of Tucana II. This discovery confirms that the galaxy is much larger than they originally thought. Researchers observed the stars using images from the Australian SkyMapper telescope and data from Europe’s Gaia satellite.

The newly discovered stars are thought to be considerably older than the other stars in the galaxy. The scientists offer two main explanations for this. Either, they posit, the dwarf galaxy was formed by two younger galaxies merging. This process is known as galactic cannibalism. Or the stars are kept in position by the gravitational pull from Tucana II. If this is true, it means there is around four times more dark matter lurking in the galaxy than previously thought. 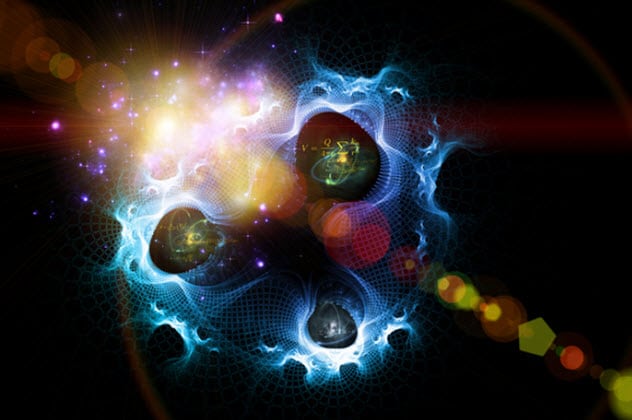 Quantum physics is known for being confusing and chaotic. Nobody quite understands what is happening in the miniature realm. But researchers have made a breakthrough discovery about the chaotic nature of quantum systems that could one day revolutionize quantum technology.

Their remarkable finding is known as quantum hyperchaos. In 2021, scientists discovered that quantum data storage systems become increasingly chaotic under laser light. Energy from the laser causes the system to behave haphazardly. But the scientists were surprised to learn that the extent of the chaos remains the same, no matter how big the system is. The team reckons that this could be used to improve the processing power of quantum computers.

5 Does Time Flow In Two Directions? 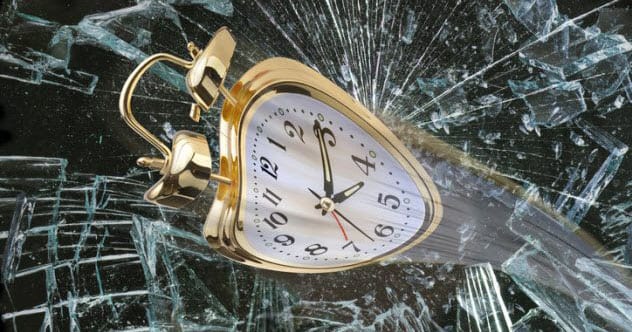 As children, we were all taught that time moves forward. But what if it moves backward too? It sounds like something from science fiction, but a handful of scientists believe it could explain the fundamental structure of the universe.

British physicist Julian Barbour has developed a model of the universe in which time moves in two directions. Most cosmologists would say that the universe originated with the Big Bang. But Barbour disagrees. He reckons that, rather than the start, the Big Bang is a midpoint from which time flows both forwards and backward.

Barbour is the first to admit that his ideas are unconventional, but then history is made by radical thinkers. Who knows, perhaps one day we might find signs of a separate time stream where time moves in reverse. A world where people age from old to young and have fond memories of the distant future. 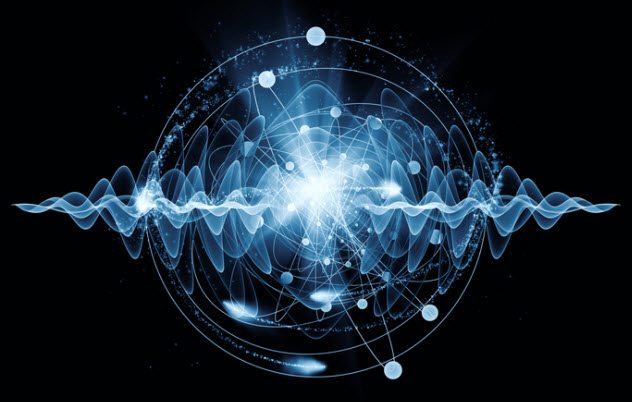 Over the past few years, scientists have begun to create their own completely new dimensions. In quantum labs, researchers are building synthetic realms that open up all kinds of reality-bending possibilities.

Scientists say these man-made dimensions are so odd that they are near impossible to imagine. Researchers have observed what they call the “ghostly effects of four-dimensional space.” Some have incorporated the extra dimension into electric circuits. There are now plans to go further, potentially making a fifth or sixth dimension, with scientists speculating that they might discover exotic new particles. 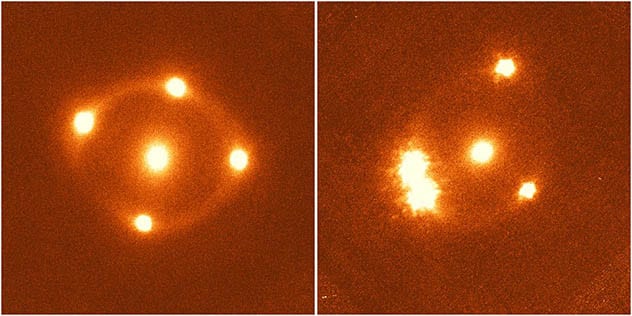 Researchers at Britain’s Lancaster University have shown that certain elements like ytterbium and strontium can be used to maneuver beams of light. The team began by cooling the atoms down to a fraction of a degree above absolute zero. They then used lasers to manipulate the ultracold atoms, which affected the way they interact with light. By controlling the atoms with the laser, the scientists were able to direct and reshape beams of light. They say this remarkable discovery could help with the study of quantum mechanics. 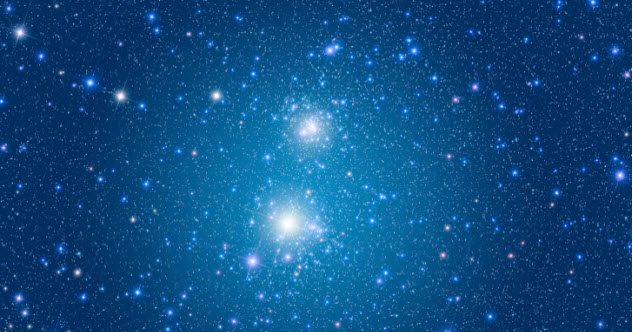 In 2018, astronomers announced that they had picked up signals sent out by some of the earliest stars in the universe. They caught a faint radio buzz that is thought to have emanated from stars formed 180 million years after the Big Bang.

This might sound ancient, but in cosmology 180 million years is incredibly young. In fact, it is thought that the celestial bodies formed in a period known as the cosmic dawn, when the universe first emerged from total darkness. Scientists say this primordial buzz could provide clues about the nature of dark matter.

“Finding this minuscule signal has opened a new window on the early universe,” explained Judd Bowman, an experimental cosmologist at Arizona State University. “It’s unlikely we’ll be able to see any earlier into the history of stars in our lifetime.” 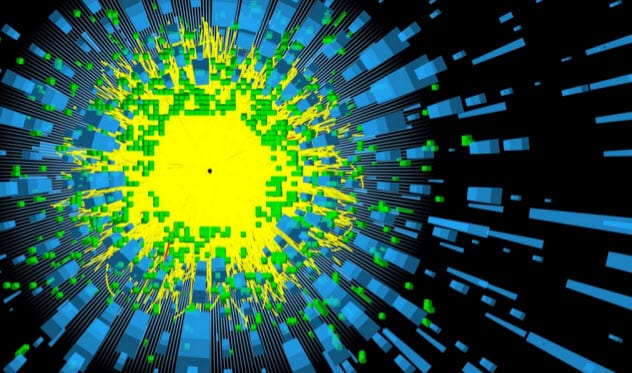 The Large Hadron Collider is one of the most remarkable scientific instruments in the world today. It forms rare particles by accelerating subatomic protons to nearly the speed of light, then forcing them to collide. This high-speed particle smash produces all kinds of weird and wonderful creations – although they often only survive for a split second.

In 2018, researchers found hints of an unanticipated new particle in the collider’s data. They say it appears to be around twice the mass of a carbon atom, although nobody can properly understand what it is. The team started to speculate about a mysterious ghost particle after detecting an unusual excess of muons during their analysis. Muons are minuscule particles that are similar to electrons but heavier.