Women, if you have a husband who upset you, what do you do? Maybe give him the cold shoulder, make him sleep on the couch, deny his love for a week or two—or kill him? Like something out of the “Cell Block Tango,” there are stories of women whose final nerves snapped and well, say goodbye to Dear Old Hubby. But instead of using knives, guns, a hitman, or pushing him down a flight of stairs, these Femme Fatales literally picked their poison.

Though not all famous stories of women poisoning their husbands wind up in death, in the end, I think the husband got the point. Either he really did “have it coming’” or there was a more sadistic and twisted plan at play. Here are the top 10 women who poisoned their husbands.

We start our list with the famous Roman serial killer, Guilia Tofana. For 50 years in the mid-1600s, she helped wives kill their husbands. Her special brew—a mix of arsenic, belladonna, and lead—called “Aqua Tofana” killed about 600 men. Just four drops, and the guy was good as gone. But all it took was one regretful client to bring Tofana’s “career” to a screeching halt.

You know in movies that one character who freaks out in the middle of a crime and ends up ruining it for everyone involved? Yeah, that was this lady. After dosing her husband’s soup with “Aqua Tofana,” Tofana’s client was immediately filled with regret and begged her husband not to eat the soup. Rightfully so, he was suspicious and finally got the answer out of his wife—awkward. She told her husband that Tofana had given her the poison.

Seeking sanctuary did Tofana no good. Roman authorities arrested and tortured her. She finally admitted that she, along with her mother and daughter. had helped wives poison their husbands, killing hundreds of men. She was executed for her crimes in 1659.

If Tofana made poisoning your husband fashionable, Nannie Doss made it terrifying. Doss’s story is particularly twisted because she laughed the entire time she was confessing to the police. This earned her the name “The Giggling Granny.” It’s like a horror story.

Doss is responsible for 11 deaths between 1920 and 1954. This number includes two of her children, two sisters, her mother, a mother-in-law, a nephew, and, wait for it—four husbands. Her first husband, Charlie Braggs came home from work one day and found two of their children dead on the kitchen floor. Doss explained it was accidental poisoning, but he didn’t buy it. A year later, Braggs left with another woman.

The Tulsa, Oklahoma native soon grew obsessed with romance novels. And her next four husbands were anything but romantic. With the exception of the fifth, they were alcoholics, sometimes violent, womanizers, and adulterers. Her second husband, whom she killed with rat poison in his whiskey, even raped her. So, they may have had it comin’, but I’m not so sure Doss’s other victims did. 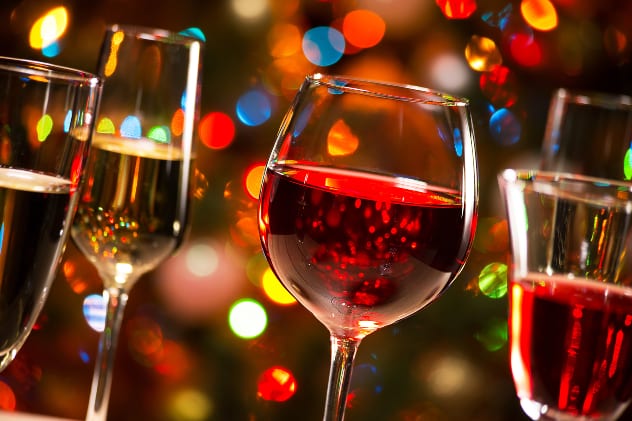 We know that kids are supposed to listen to their parents, but how about the other way around? There’s certainly nothing wrong with it—unless they’re encouraging you to poison their father. On Christmas Day, 2013, 55-year-old Jacqueline Patrick slipped a little holiday cheer—erm, anti-freeze—into her husband’s cherry Lambrini.

Following an argument, Jacqueline poured her husband, Douglas, two glasses of the drink, hoping that it would kill him. She had planned on covering it up as either a suicide or an adverse reaction to his medication. Douglas went to bed and woke up ill the next day. Medics rushed him to the hospital, where he slipped into a coma.

But before the medics left, Jaqueline handed them a fake suicide note. It was this note that foiled the plan. Douglas pulled through but had to go through a year of rehabilitation to learn how to walk and talk again. It was revealed later in court that Jacqueline had attempted to kill Douglas previously, in October.

Both times, Jacqueline’s youngest daughter, Katherine, egged her mother on and didn’t even attempt to stop her! No one can be sure exactly why, but the defense stated it was because Douglas physically punished her when she was younger. This led to Katherine becoming overly attached to her mother.

Episode 050: “Monsters Among Us – Tillie Klimek, The Poison Widow” – The Monster Guys Podcast

Chicago’s Little Poland knew Serial killer and Polish-American Tille Klimek as one of the best cooks around. Oh, they also knew her as being a psycho—I mean, psychic. At least, that’s what she claimed to be. Tillie would mysteriously predict the deaths of people who upset her, and the prediction would come true (shocker, I know). She even predicted that the neighbor’s dog would die. Unfortunately, no one really caught on that she could accurately predict these deaths because she was the one killing them.

You see, Tillie had a stew, a delicious stew, and she added arsenic to this stew. Four of her husbands died this way—even the neighbor’s dog got an arsenic treat. After each husband died, she collected the insurance money and moved onto the next one. Her last husband, Anton, managed to make it out alive, however. After signing the insurance paperwork and the will, his health took a sudden nosedive. Anton’s brother rushed him to the hospital after he suspected arsenic poisoning. Testing positive, the hospital called the police, who immediately went to Tillie’s house and arrested her. Guess what was for dinner—stew.

Tillie spent the remainder of her life in prison but never confessed to her crimes. In just four short years, she poisoned 13 people. Six of those people survived. But who could ever forget that poor dog?

6 Zsuzanna Fazekas and the Angel Makers

In the sleepy Hungarian town of Nagyrév, Zsuzsanna Fazekas found herself the leader of a group of women who would go on to poison an estimated 300 people. We know these women as The Angel Makers of Nagyrév.

Fazekas arrived in Nagyrév in 1911. Her husband had mysteriously disappeared, and her origin story was questionable. But the town needed a doctor, and she had experience as a midwife and good references. She quickly became a respected and important part of village life.

At this point in history, men were returning home from World War I. Because PTSD was not understood as well as it is now, any issues these men caused while they readjusted to civilian life were labeled “problematic.” So when women expressed concerns about their husbands, Fazekas offered them a simple solution. Arsenic.

“Why put up with them?” Fazekas allegedly said.

Fazekas started encouraging women to poison their husbands with arsenic. She had another woman named Susi Oláh act as her clerk, obscuring the death certificates’ cause of death. Olah wasn’t innocent in this. She had poisoned her much older husband when she was 18.

History isn’t sure how people caught onto the Angel Makers, but by the time police were ready to arrest Fazekas, she was already dead. She had a taste of her own “medicine.” Twenty-six women stood trial for murdering their husbands, and all had varied motives. Only two were executed.

There’s a reason we don’t consume antifreeze—because it can kill you. Yeah, duh! It can kill you really well. So for Stacey Castor, using antifreeze to kill both of her husbands and trying to kill her daughter was a no-brainer. On August 22, 2005, Castor called 911 to report her husband missing. Investigators went to his house, where they found a cup of antifreeze next to his dead body. They ruled the death a suicide. However, something didn’t quite sit right with them.

Growing suspicious of Castor, they exhumed the body of her first husband, who had died from a heart attack five years prior. In his system, they found—wait for it—antifreeze!

If killing your two husbands isn’t a mistake enough, she then tried to dose her daughter, Ashley. The night police informed Ashley that there was antifreeze in her father’s body, Castor took Ashley out drinking. Castor then tried to poison her with crushed pills in her vodka. Ashley survived the “suicide attempt,” and Castor was sentenced to 51 years in prison. She died of a heart attack seven years later. No one checked for antifreeze. 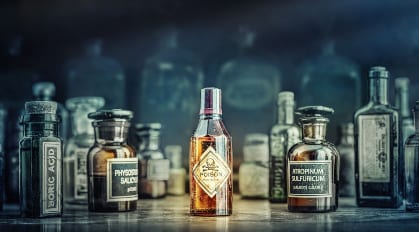 Mary Ann and Richard Geering didn’t have the happiest of marriages, but it wasn’t the worst either. Together they had plenty of children and lived a financially secure life. In 1846, Richard inherited £20. That was a pretty impressive inheritance back then. For some, it’s the perfect reason to commit murder. Mary Ann is “some” in this case.

Two years later, her husband succumbed to a painful illness—thought to be heart disease. A couple of months later, both Geering’s 21-year-old and 26-year-old sons died from a similar illness. When Benjamin, her 18-year-old son, fell ill soon after, a doctor removed him from the home. Benjamin recovered.

She confessed to poisoning her husband and sons at her trial. Mary Ann was hung on August 21, 1849.

The Story of Judy Buenoano

Here’s another case of a wife murdering for money—and to be fair, this was a pretty good haul. Judias Buenoao poisoned her husband, James Goodyear, in 1971. She didn’t collect one life insurance policy but three life insurance policies. If that wasn’t enough, she received another policy payout when her house burned down.

In 1973, Judias started seeing Bobby Joe Morris. With her two children, she moved with Bobby out to Colorado. He died in 1978 of your typical poison-related mysterious illness. Guess who collected a few more insurance policies?

It only gets worse from here. By 1979, Judias was back in Florida. Her son went to visit her and suffered metal poisoning. He survived but drowned in 1980 while on a canoeing trip with Judias. Then, Judias started dating John Gentry. She took out a life insurance policy on him. He was hospitalized with an illness, survived, but wound up in the hospital again after his car exploded. This led to an investigation that showed that the vitamins Gentry was taking contained formaldehyde.

An exhumation of Bobby Joe and Goodyear revealed high levels of arsenic in their system. Judias was sentenced to life and then death in 1985. She was executed in 1998.

Okay, apparently “inheritance and arsenic” is the name of the game! Daisy de Melker started her string of poisonings in 1923. She got away with murder for nine years before she was hanged in 1932. Daisy poisoned two of her husbands with arsenic. Her third husband’s son died of arsenic poisoning as well, after he drank arsenic-laced coffee intended for his father. All three husbands were plumbers with appealing inheritances. And though it’s fairly obvious that she offed her two husbands, she was only found guilty of murdering her 20-year-old step-son. 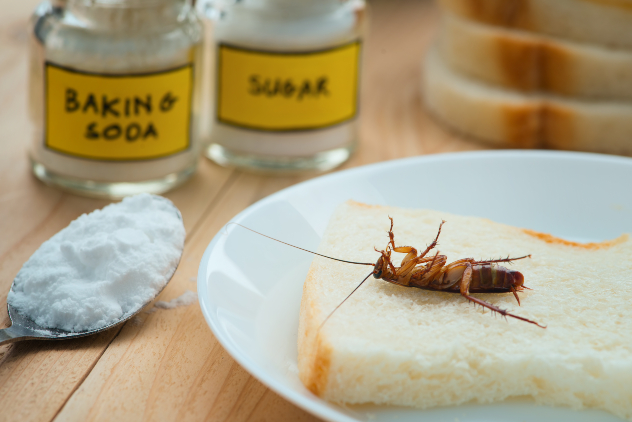 If you feel like your husband is a pest, don’t poison him with boric acid. Maybe divorce him or go to marriage counseling? Well, one Queens, New York woman thought boric acid, a cockroach killer, was the better solution. Suncha Tinevrand’s husband of 11 years, Robert Baron, noticed that his food tasted funny and he often felt sick after meals. Suspicious, he installed a security camera. What did he see? Suncha slipping some boric acid into his coffee. When confronted by police, Suncha said that she only slipped the poison into his meal when she was angry at him. “I wanted to teach him a lesson.” Lesson learned. Robert didn’t die, but he certainly learned not to trust his wife.