TikTok creators are always cooking up new ways to attract and entertain fans. While many choose to impress by following challenges, others create content that shocks and amazes fans with every post. This list features the scariest videos from the platform that show that a horror hashtag can be just as popular as a new dance. Get a change of underwear ready! Here are the top 10 scariest TikTok videos out there.

10 Lip Syncing with a Demon 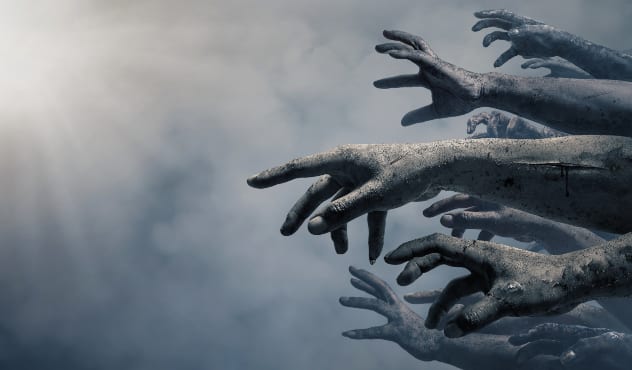 TikTok is home to millions of lip sync videos, and every time, users post themselves doing popular challenges. @herony is a master of surprises, and in this video, he has a shocking twist for his fans.

The video starts normally with the young influencer posing as if he’s about to lip-sync to a catchy pop tune. But within seconds the music stops and the camera zooms into a dark corner.

In a video that taps into stereotypical horror tropes, the young man looks possessed, spinning his head in super-speed like a demon. The creepy soundtrack running in the background further adds an eerie effect to the clip. As the video ends, the demon jumps from the corner hands out, looking to grab the viewer through the camera.

If the demon twist doesn’t get you, the outstretched hands will have you pushing your phone away from your face.

9 My Family Wants You for Dinner 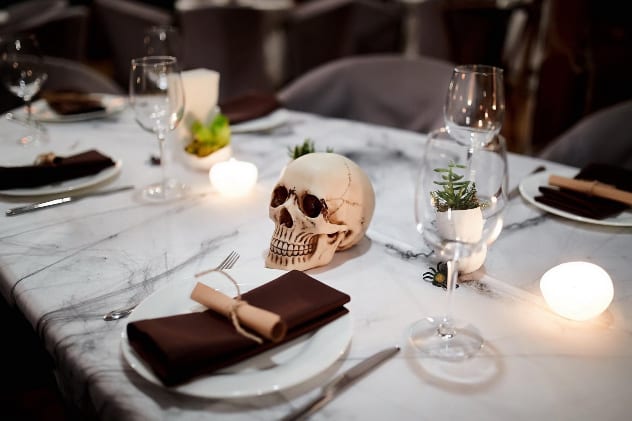 School is the best place to meet new people and for kids, it’s the perfect place to make new friends. This TikTok video by @ashurgharavi tells the story of two kids on the verge of being best buddies.

After one kid cannot pay for lunch, a generous stranger offers to pay, claiming that it’s a “good deed.” As the kids build a rapport, the lunch kid gets invited to his new friend’s home. But when they get home, things go awry quickly.

“Mom! I brought dinner,” are the last words the new kid hears before the clip rolls to a stop. From this point, it’s easy to fill in the gaps as to what happens next in this Hansel & Gretel-esque scene. Kids, don’t go for dinner at a strange house without telling your grandma first. You might become the dinner yourself! 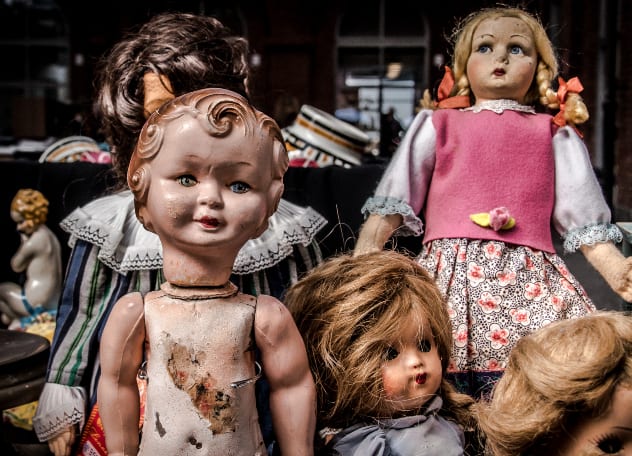 Individually crafted hyper-realistic dolls are a new fad, and they make for interesting gifts. This TikTok features a special doll that literally comes to life after its real “parents” visit the doll store.

The video posted by @jannet.regina starts with a couple visiting the doll store where they are amazed by a doll they see. But once they press the “ON” button, the doll comes alive, revealing that she’s their long-lost daughter. The text on screen helps drive the story forward, as the dolls narrate how the store owner used magic to turn her into a doll.

If that one episode of “Night Gallery” wasn’t enough to turn you off to dolls—if “Annabelle” didn’t do the trick—maybe this one will. Any doll that comes to life is enough to make you say “nope,” and leave.

7 Frankenstein’s Monster in the Park 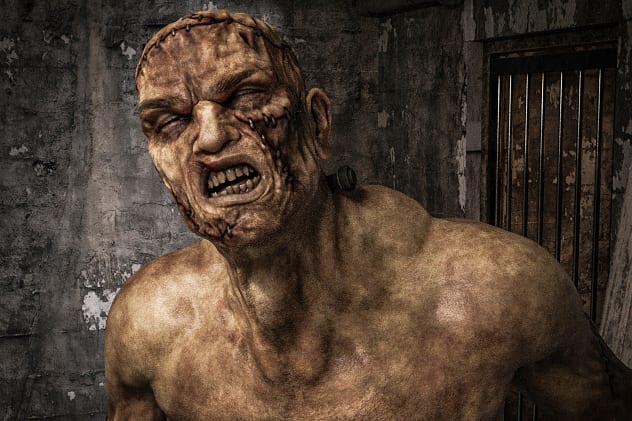 A walk in the park during perfect weather is always relaxing. But what happens when there’s a monster looking for blood in the park?

This video by @shortestblockbusters begins with incredible suspense as a person with a camera records a strange creature. The monstrous creature looks strikingly alien and, hunching over a bit, seems athletic. The user decides to hide behind a tree, avoiding the scary creature. But he’s not very successful.

The most frightening part is when the creature charges at the camera, growling like a predator catching up with its prey. The shaky camera movement, in the end, leaves audiences wondering whether the creature catches up with the person recording it.

If Frankenstein’s monster looks like this, there’s no chance most of us would survive its fury.

6 Midnight Knock on the Door 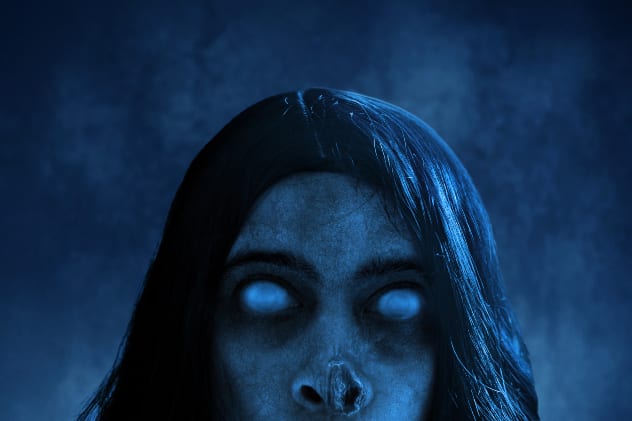 Midnights are quiet and for any night owl, this is a time to relax or wash dishes before bed. This TikTok is both creepy and disturbing and may have you rethink your night owl ways.

The video posted by @secondhorror starts off perfectly, with a woman washing her dishes in the quiet of the night. She immediately stops when she hears a knock on the door. This is when the video gets interesting—cue mood lighting. Between the pounding at the door and the dog’s barks, the mood unpleasantly shifts.

When she checks and opens the door, there’s no one there. When this happens the second time, she doesn’t take any chances since she knows that something’s off. After scanning the area carefully, she notices a figure from a distance and spots a lady standing menacingly in the dark.

You can bet that she doesn’t go to sleep after this since the mysterious figure looks like she means business. What would you do in the same scenario? Would you go out and confront the creepy lady?

5 Creature Pops Up Behind You 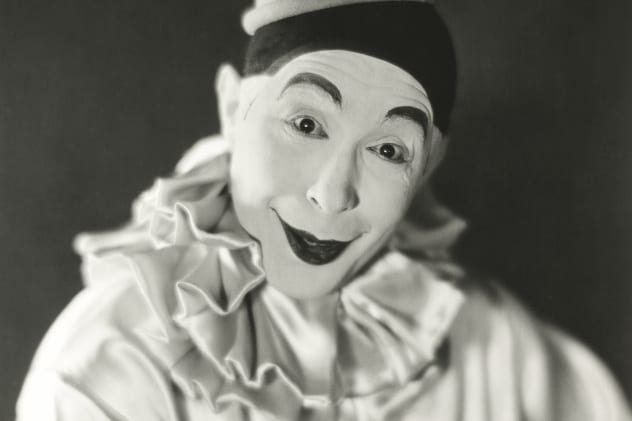 Imagine watching a late-night movie when the TV starts acting up, changing the channel by itself. As you listen to static and see strange patterns on the screen, the TV starts talking to you. It knows what you’ve been doing. What a creeper.

In this @dreamanalytics video, the above scenario unfolds, but it doesn’t end there. As the TikTok continues, the TV gives the clueless man the idea that something sinister is afoot. Indeed, an intruder with a white clown’s face creeps up behind him, watching him closely. In the end, the intruder is beside the man, who is so fearful he isn’t peeking.

The TikTok ends with a crazy clown laugh that leaves you chilly as the screen fades to black. It’s so real that you might end up looking over your shoulder a few times after you watch the video. Are you alone? Are you sure? 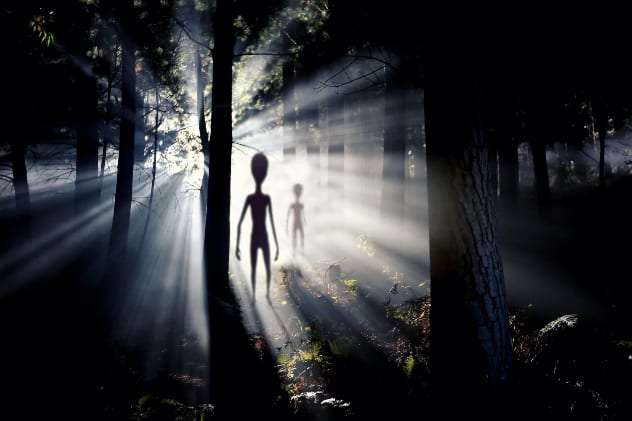 Home is the only place most of us can find peace in a tough world. But it shouldn’t be where we rest in peace! This TikTok from @niko.kent shows how his haunted home robs him of both.

In the video, Niko is panting and breathing heavily. In the background of the video, he records a strange occurrence in his room. In what can only be described as a “Stranger Things” monster, he discovers that he was right to be suspicious. A creature with long skinny black fingers closes the closet doors while making some creepy tapping sounds.

The scared man rushes out of his apartment in an attempt to escape the monster. His caption expresses his fears at the moment, as it reads, “Anyone else seeing weird things in Seattle cuz I’m about to move.” But just when he thinks he’s safe, he hears some undefinable sounds coming from the bottom of the stairs.

Are the aliens here? Is Seattle haunted? Niko thinks so, and his evidence is somewhat convincing.

3 What’s in the Next Stall 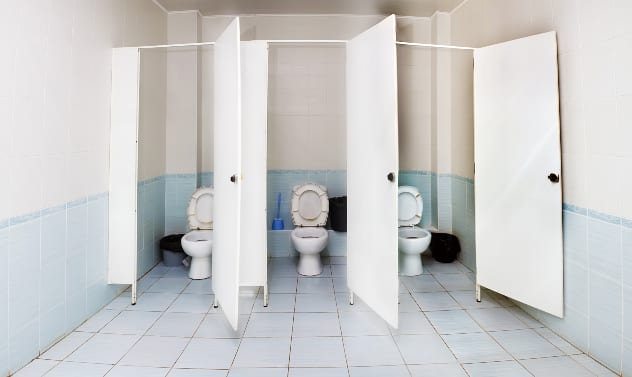 School bathrooms are mysterious, and from the many stories people tell, it’s one place you don’t want to visit alone. In this TikTok, @bloodydeeb is in the bathroom when screams and vicious banging break the peaceful silence.

Like any curious soul, the lady investigates the curious noise. To her shock, the banging gets more vigorous and tense, forcing her to freeze on her heels. “Hello?” She probes from a safe distance before dashing out of the bathroom at lightning speed.

It’s only through slow-motion that we get a glimpse of whatever she saw and it is chilling. A disturbing figure with a pale face and black clothing pops out of the last stall at the far end. She didn’t wait to face the terrifying creature, and this might be the best decision she ever made. The video’s caption reads, “Was war das bitte?! (What was that? What was that please?!)

The lesson here is that if you discover a suspicious figure in the bathroom, don’t investigate! Get the heck out of there and find some professional help. But if all horror films followed this logic, we wouldn’t have any movies now, would we? But seriously, “What was that thing?”

2 Lurking in the Ocean 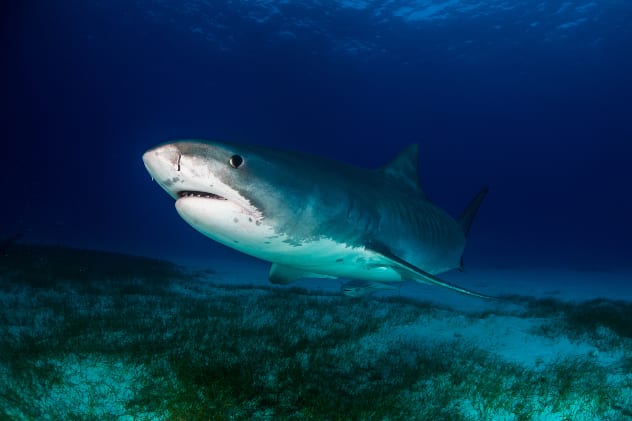 Are you afraid of the ocean? If you have thalassophobia, this video might trigger sleepless nights since it takes you to a place you might never come back home. In the TikTok, @shangerdanger goes out into the ocean and decides to take a dive that might as well be his last.

In a very Nietzsche “stare into the abyss” storytelling style, Shane describes how one can be mesmerized by the ocean to their own detriment. After sailing into the ocean, he dives into the water, and for a moment, things are calm. But once he tries to paddle his way back to the boat, he discovers he can’t.

Before he’s gathered his thoughts, he notices whales sailing away, sort of running from something dangerous. It’s a territorial tiger shark. In the end, “blue turns to black” as the diver accepts his fate.

The video is so creepy and realistic that it has a thalassophobia warning in the title. But you can bet that millions viewed it. When you think about it, the ocean is a magical place, but it’s definitely not where you want to take your last breath.

1 There’s Something in the Shadows 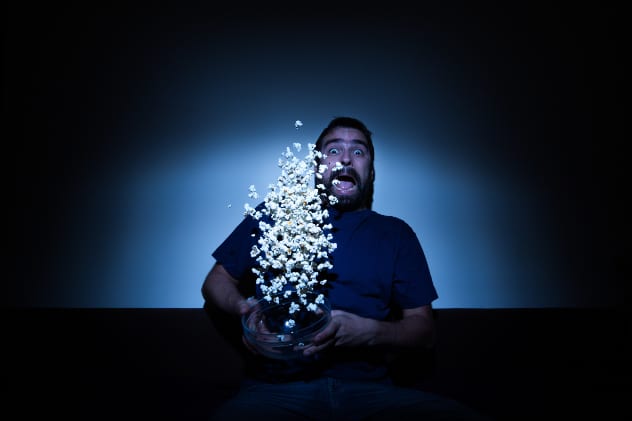 The list has some scary TikTok videos but the top spot goes to this video that had everyone jumping in fear. The video was originally posted by @artem_mokrushin on May 19, 2020, garnering over 20 million views. The horror TikTok was so popular that months after the user posted it on the app, it resurfaced and went viral on Twitter.

So, what made the 15-second video so scary? In the viral video, a man and woman are in their bedroom, probably at the end of a long day. As the man enters the room, he switches off the lights. The disturbing thing is that every time the light flicks off, you can see a creepy shadowy figure approaching the door. But when the man switches the lights back on, there’s nothing there.

When the man switches off the lights the third time, the creepy figure rushes to the screen accompanied by a screaming sound. The darkness, the mysterious character, the shrilling sound, and fast-forward effects catch you off guard. And temporarily make you hate whoever made you watch the video.

Users that watched the video confessed that it made them break their fingernails. They were not prepared for the jump scare. The TikTok scared plenty of folks and the strong reactions it got proves it’s striking. Think you can watch it without getting spooked?