With money tight all around, more people are *trying* to save by DIY’ing—doing it yourself. From construction to renovation to crafting to even piercings, people are trying everything themselves. But for every dollar it saves, it’s that much more likely to result in total calamity. From collapsed walls to scarred faces to exploded toilets, there is an infinite number of ways in which you can totally screw the pooch when doing it yourself.

On a whole host of websites, users have taken to sharing their at-home horrors with the world, baring their failures so that we all might laugh and hopefully not repeat the mistake.

With both those goals in mind, here are ten of the best—meaning worst— do-it-yourself projects gone horribly wrong.

THIS Tiktok Skincare DIY Sent Her To The Hospital…

We all know the type of person who would do anything to get famous. What if you were already scheduled to be on reality TV but still felt the urge to change up your look? Meet Australia’s “Big Brother” contestant Tilly Whitfield. A gorgeous gal for sure, who was inspired by a TikTok trend to give herself fake freckles. According to her Instagram post, she “…literally shoved needles deep into [her] skin… lol.”

The pictures she shared are horrendous, but the description of her initial reaction is even worse: “I ended up in hospital with temporary loss of vision in my eye due to swelling and was very sick from the infection, not to mention my face was somewhat unrecognizable.” This is all after claiming at first: “It didn’t hurt at all, so I didn’t think I should stop.” During her time on the show, she swapped between wearing a face mask or makeup at all times to cover it up. Thankfully she learned her lesson with a reminder to always leave the needles-in-your-face kind of procedures up to your doctor. 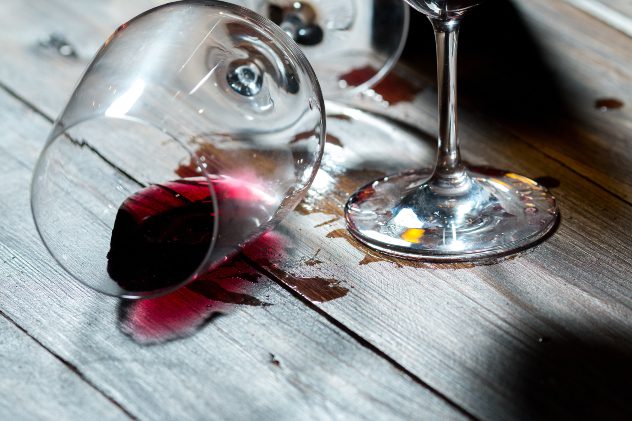 If you don’t believe in such a thing as DIY karma, then this next story will convince you. Fully equipped with multiple DIY tutorials, Latasha James thought she might save herself a buck or two and set up some stylish curtains herself to match the rest of her apartment. She put them together and connected them to her concrete ceiling with some store-bought brackets, tape, and a curtain rod. She was so sure of her success she even documented it on her YouTube channel. We’re already cringing at the thought of her using tape above any other kind of permanent attachment. And sure enough, her experiment was a costly mistake.

Days passed, and she reveled in her success until things came crashing down. Literally. The entire setup fell, and the casualty was the bar cart beneath. She came home that day to her partner running wildly with paper towels in hand as red wine spilled absolutely everywhere. Hopefully, at least one of the bottles survived—they’ll definitely need that after the clean up.

Bad decisions tend to snowball. Say you nosh on a doughnut and coffee for breakfast—you’re more likely to grab something else fatty or sugary for lunch or, say, overeat at dinner. Grace O’Heeran, a 23-year-old Texan university graduate, went viral on TikTok for said snowball effect while renovating the bathroom in her new house.

Grace, in her DIY shame-fame, explained that a car crash and resultant brain injury “has a lot to do with [her] decision making and impulsiveness… I impulsively painted my bathroom floor black and knew it was game over from there and no turning back.”

Said decisions included a hand-stenciled tile floor and green, sparkled, insect-infected-looking countertops. Commenters on her videos begged and pleaded with her at almost every step to stop and hire a professional. But after weeks of scrapped work and a total of $1,000 spent ($700 higher than her initial budget), she somehow ended up happy with the result—as ghastly as it is. 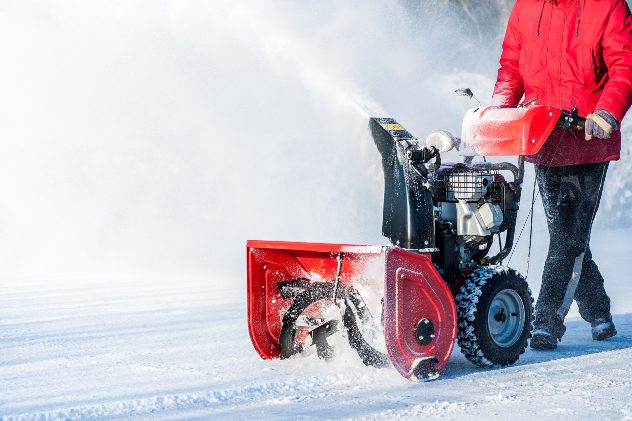 The winter season is best for spreading some neighborly joy. But this submission from a user at familyhandyman.com shows that some good deeds are actually punishments in disguise. Equipped with a fancy new snowblower that cleaned off their driveway and walkway in no time, they thought to extend the same courtesy to their elderly neighbor. Well, things went fine until they accidentally ran over the garden hose, getting it “royally tangled.”

They then spent a frustrating hour removing bits and pieces of plastic hose from the snowblower, and after that, called it quits and returned home. Later that evening, the neighbor called, crying over a soaked basement. It turns out that running over the hose caused a leak inside the house behind the house bib—the perfect recipe for disaster in the middle of winter.

How to oil a paper shredder (the right way)

One user at Australia’s handyman.net writes about what should have been the simplest thing: spraying a bit of lubricant on his shredder. Nothing is as satisfying as a nice shred, and when your shredder is aging or clogged, a little lubricant in the gears will get it right back to satisfaction mode—in theory.

The user writes that they “sprayed the shredding mechanism liberally.” Liberally might be the most important word there as then the shredder, well, it exploded. Their hypothesis: “A spark had ignited the accumulated vapors in the enclosed area of the shredder.” Luckily they were unhurt aside from some visible souvenirs. “…a quick check in the mirror revealed my singed eyebrows and hair.”

One “Reader’s Digest” reader sent in their story about their creative solution for fixing an especially clogged toilet. Their son’s plastic potty training attachment had fallen into the toilet and became irreversibly stuck. To their credit, the reader had a creative solution. They write, “I had a brilliant idea: I’d burn it out!”

They removed the toilet, brought it outside, and set it ablaze, feeling triumphant. “I poured charcoal lighter fluid down the trap and lit it up. Standing back, I basked in the glory of the geyser flames and my phenomenal ingenuity.” That is, until it exploded. Yup, another explosion. A toilet explosion. Their story ends with a simple, “I bought a new toilet.” 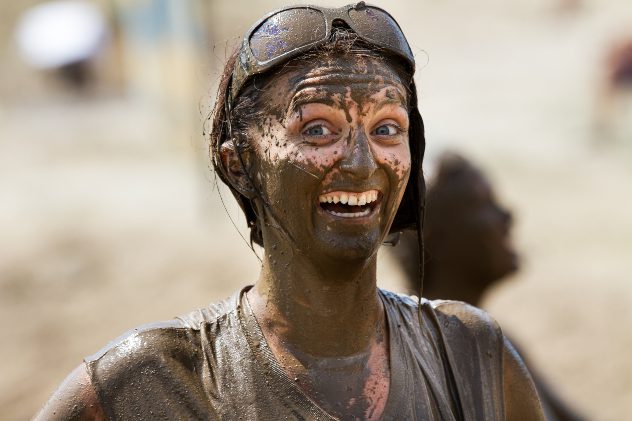 A user at familyhandyman.com writes about their husband’s well-intentioned but shoddy attempt to prepare for 2012’s Hurricane Sandy. She and her husband were installing a backup system for their sump pump in case they lost power. The husband cut into a piece of PVC pipe the user was holding, and she was immediately blasted in the face with “nasty brown water.”

Like the good assistant she is, she held on to the pipe and didn’t say a word as the rancid spray kept coming out. Luckily, he eventually noticed. “It took him a few seconds to realize what was happening. He had forgotten to unplug the pump. After pulling the plug, he looked at me with a worried expression, but I began laughing hysterically.” It turns out the pump worked just fine, but I hope for her sake that the brown water really was just water.

3 Trapped in the Closet 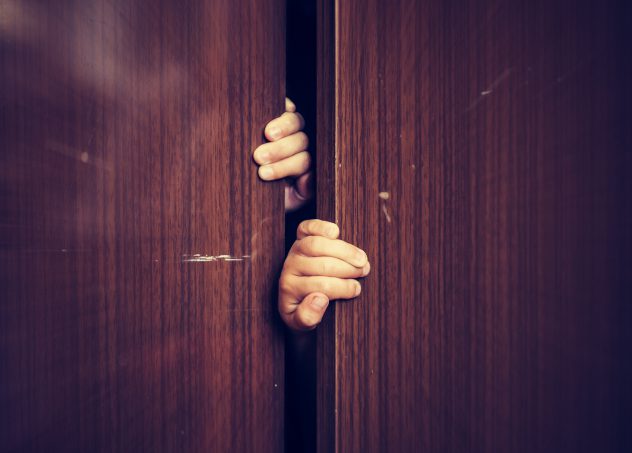 Another “Reader’s Digest” reader was an experienced handyman, so he DIY’ed his entire house, building it almost entirely himself. A truly impressive feat, though not one that went perfectly. When it came time to install his closet door, one that swung outward, he managed to bungle the job enough to nail himself inside the room with no exit.

As he writes: “To keep the door frame square, I nailed blocks at a 45-degree angle to the outside of the jambs. (I then) started shooting nails into the jambs. When I finished, I tried to open the door. The blocks were nailed across the jambs on the other side.” He had nailed the door shut securely and “didn’t have a hammer or a pry bar.” Luckily, he had hope. He had his phone. His brother eventually freed him and though the brother hasn’t given him a hard time yet, “I know he’s just waiting for the right moment.” 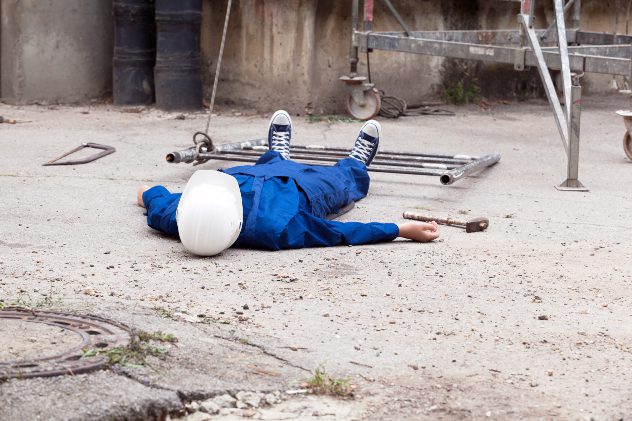 Another entry at Family Handyman is a story best summarized as “think about Wile E. Coyote sitting on a limb of a tree and sawing it off!” The user is a construction worker who was foolish enough to be working alone in 100-degree weather, which caused him to make an almost deadly mistake.

He had to cut off “a 3-ft. piece of a rim joist.” He also, however, “stood on the rim joist without realizing I was standing on the very piece of wood I intended to cut off.” It is indeed a very Wile E. Coyote moment. Cutting through the very beam he was standing on, the user fell. Luckily, the saw he was using didn’t land on—or in—him, and he missed all other dangerous tools and wood pieces. He was hospitalized, though, for being dehydrated and experiencing sunstroke.

In January 2021, Jessica Brown became a viral sensation for a DIY trick of hers that went about as poorly as humanly possible. Brown liked to keep her long, braided ponytail in place with Got2b Glued Blasting Freeze spray but found herself unexpectedly out of the spray. She thought up an at-home hack and sprayed her hair—every inch of it—with Gorilla Glue. It did not go well.

Brown’s ponytail was stuck in the same position, unmovable (let alone unbridgeable or washable), for a month. On TikTok, she shared her story, tapping her hair as proof. It made a sound like plastic on a marble counter. Brown even visited the emergency room for help, but they could not dissolve the glue. It wasn’t until a plastic surgeon named Dr. Michael Obeng donated his time to her, giving her an experimental surgery of his own design to free her scalp from the polyurethane-based glue.