Kids and playing go hand in hand—sometimes literally. Most of the time, when they do play a game, it usually involves kids running, chasing, and hiding. They all tire themselves out, laugh themselves silly, and maybe the worst thing that happens is someone skins a knee or breaks a window. It’s all innocent fun.

However, there are rare instances when a kid’s game gets way out of hand, and the lawsuits start flying, the cops show up, or something even worse happens.

Here are 8 examples of kid’s games that got way out of hand. 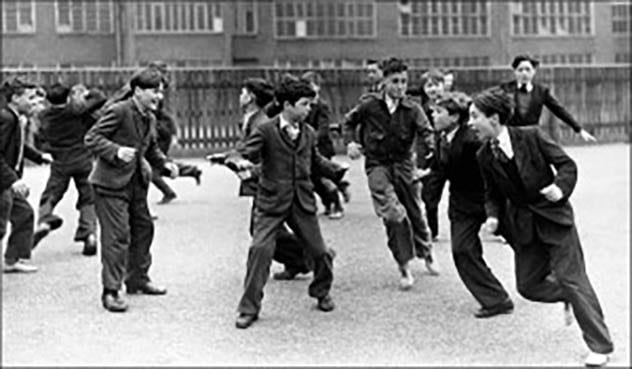 British Bulldog is a rough and tumble game popular among elementary-aged school children. In it, one or two “bulldogs” stand alone in the middle of a large field. A line of runners face them and stand at one end of the field. The runners try to get to the other side without being caught by a “bulldog.” If they get caught, they turn into a “bulldog” and join the other “bulldogs” to try and stop the remaining runners. The game goes on until there is only one runner left—he or she is the winner.

In February of 2013, a group of children played British Bulldog outside Trafalgar Junior School in Twickenham, England. An 8-year-old girl named Freya James played a different game close by when she was accidentally struck by one of the boys playing British Bulldog. She fell, stomach down, onto a recycled wooden railway sleeper. The fall caused a laceration of her liver which lead to internal bleeding. She was taken to the hospital, where she later died.

Freya’s parents, Anekke and Nick James, talked of what a good-hearted girl she was, “Freya was an angel and was loved by everyone who had contact with her.” They added, “She was so strong and determined in everything she did and always tried to help those that struggled.”

Sometime later, Freya’s parents called for a ban of the game that took their daughter’s life, “I hope our daughter’s death will lead to a more widespread ban.”[1] 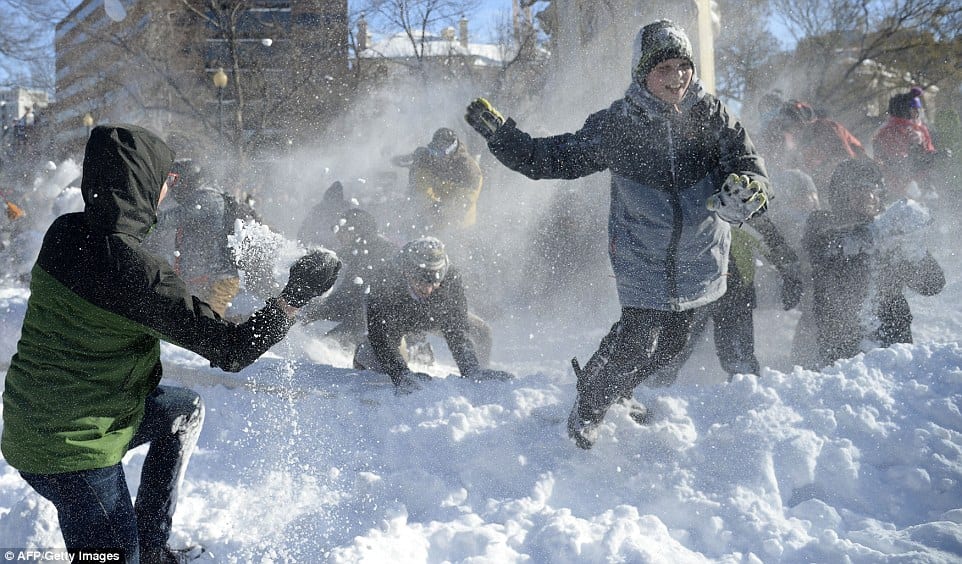 Cole Harbour District High School is located in the province of Nova Scotia, on the east coast of Canada. Back in the winter of 1989, what started as a playful snowball fight between groups of grade 10 boys turned ugly as white students ended up fighting black students in a vicious brawl.

Apparently, the brawl was triggered when a, “…particularly large snowball showered one group with snow…”

Christa Webber, a grade 10 student at the time, who witnessed the brawl, said she saw a student’s face “…split open” from a punch and students getting kicked when they fell to the ground.

In the aftermath, 14 were charged, and the brawl led directly to the government of Nova Scotia creating the Black Learners Advocacy Committee. The committee, “…highlighted inequities in education for the African-Nova Scotian learner.” As well, “The BLAC report resulted in the hiring of cross-cultural understanding co-ordinators and African-Nova Scotian support workers in the province’s schools.”

30 years later, the brawl still haunts former Cole Harbour District High School student Corey Beals. Though he didn’t witness the brawl triggering snowball, Beals remains sad about the incident and feels it has had a lasting impact on the community, “Unfortunately, Cole Harbour has been scarred. Ever since. Thirty years later. And whenever there is an incident that takes place at that school, everyone reflects back to 1989.”[2] 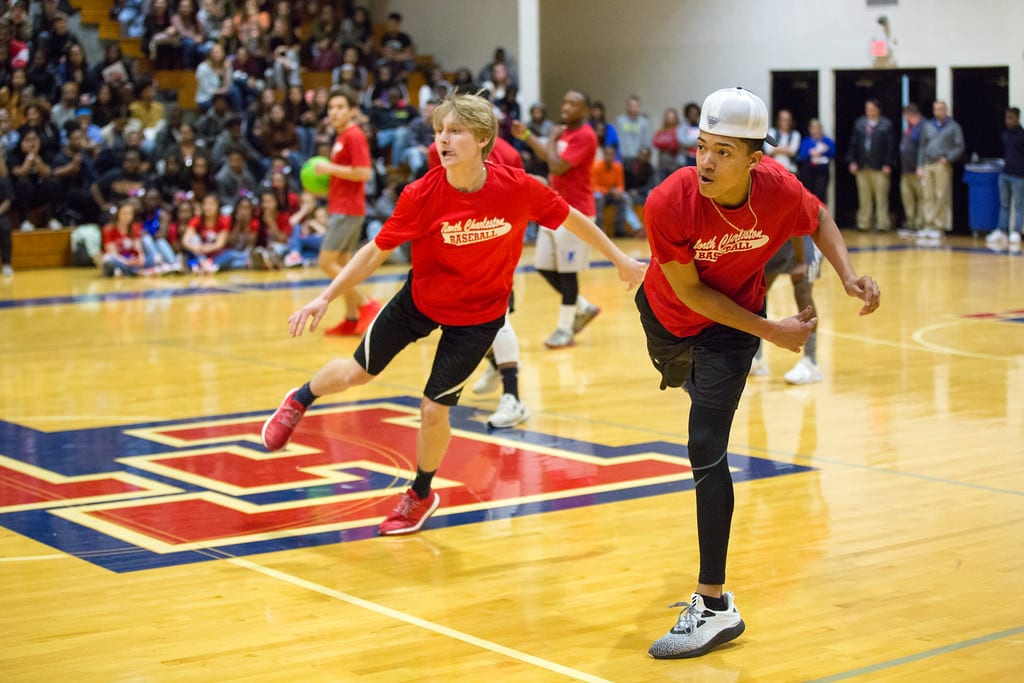 Dodgeball is a gym class staple. Use a ball to eliminate players on the opposing team by hitting them with it. The first team to hit all of the players on the other side with the game ball wins.

For Jacob Sigler and one other student of Ellsworth High School, that simple game turned into something much more ugly and much more complicated. The result was a facial fracture and a criminal complaint against Sigler.

According to the victim, who was 16 at the time, “When Jacob ran out of balls, Jacob closed his fist and punched (him) the face.”

When interviewed by police, Sigler, 18, said that he thought the other boy was going to tackle him. “Then, I punched him,” he told the police.

Months later, Sigler ended up pleading guilty to misdemeanor battery. He was sentenced to 1 year probation and ordered to pay more than $1,300 in fines.[3] 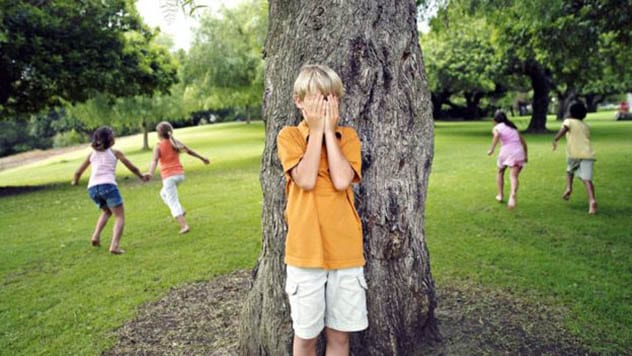 Who hasn’t played hide-and-seek? A classic kid’s game that may go all the way back to the Greeks of the 2nd-century, hide-and-seek consists of one kid seeking and many kids hiding. After counting up from 1 to anywhere from 10 to 100, the seeker then goes out and tries to find the kids that hid. If found, that kid then becomes another seeker. The last kid left hiding is the winner. Simple and straightforward. Most of the time, yes, but every once-in-a-while, a kid seeking another kid, instead, finds something that turns the game into a crime scene.

Back in October of 2017, two kids were playing hide-and-seek in the wooded area of a park in Indianapolis, Indiana. There, in the midst of their bit of fun, one of them came across the dead body of 30-year-old Christopher Bradley. The kids immediately told an adult, who then alerted the police.

Detectives working the case believe that the death was suspicious.[4] 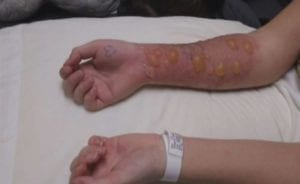 Most childhood games (including some on this list) have long histories and countless hours of enjoyment—like jumping rope, hide-and-seek, dodge ball, and kickball. While these are mostly harmless activities, kids and teens today have a new source for things to do to pass the time: TikTok. Unfortunately. TikTok, created in 2016, has recently become synonymous with something far more sinister: viral internet challenges.

Some of these idiotic—and sometimes dangerous and deadly—challenges include the cinnamon challenge, the Tide Pod challenge, and the salt and ice challenge. An Iowa woman learned about the last challenge the hard way after a horrific late-night phone call. Her daughter and several friends had tried an internet challenge that involved putting snow and table salt on their arms to see who could stand it the longest. The ice and salt formed a chemical reaction that induced frostbite, giving the girl and her friends second- and third-degree burns. They were taken to the hospital for treatment, where the doctor noted that he had seen several of these types of injuries in recent months.[5] 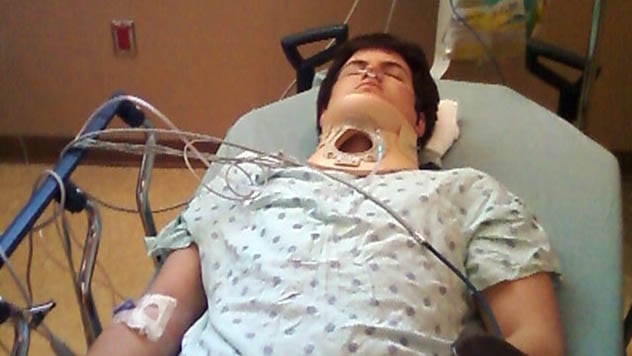 The point of the game is to go just far enough to get the “high” that follows after briefly squeezing off the supply of oxygen and blood to the brain. The game has a long history and also goes by the names “Pass-Out Challenge,” “Flatliner,” and “Space Monkey.”

One boy who went too far was Erik Robinson of Santa Monica, California. One day in April of 2010, he put a rope around his neck and hung himself from a pull up bar. He was only 12 years old.

His devastated mother, Judy Rogg, found her son collapsed in the kitchen doorway. “I missed him by a few minutes,” she said. Rogg tried to undo the complicated slipknots her son had tied but couldn’t. By the time she got help, it was too late.

In the wake of the tragedy, Rogg founded the non-profit “Erik’s Cause” to help educate other kids about the dangers of the game. She and her co-founder Stephanie Small spent years designing an 8-minute video and PowerPoint presentation now shown to kids in the Iron County School District in Utah. Iron County adopted the training program after 4 kids died in its district playing the Choking Game.

Rogg keeps the memory of her son close—some of his ashes are locked inside of a necklace she wears. She works tirelessly for “Erik’s Cause” and has travelled to speak in Pennsylvania, California, and Maryland. Rogg even flew all the way to New Jersey to help a family get through their own tragic loss from the Choking Game.

“This is the best way for me to preserve his legacy…I have to keep busy.”[6] 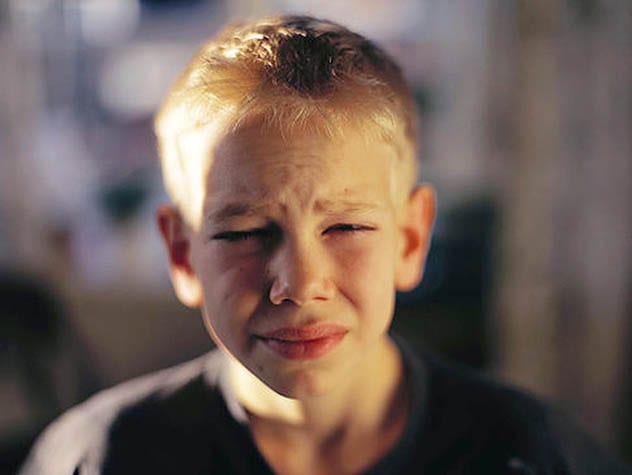 One night, a 14-year-old boy named David Gibbons woke his mother up at 1 am complaining of groin pain. Apparently, he had been playing a game called “Sack Tapping” with other boys at school that day. One boy punched him in the testicles so hard that it was still hurting badly.

His mother took him to the hospital, where doctors removed the boy’s right testicle. “This may be called a game, but it’s not a game,” the mom said. “It’s dangerous, and it needs to stop.”

Urologist Dr. Scott Wheeler told a Minneapolis TV station that he thought the problem had gotten “…way out of control.”

Dr. Charles Raison, an associate professor of psychology at Emory University in Atlanta, believes he knows why boys play the game, “Games like this are to see how tough you are…It’s a way of establishing dominance, and because it’s hard to withstand being hit in the groin, it becomes a good measure of toughness.”[7] 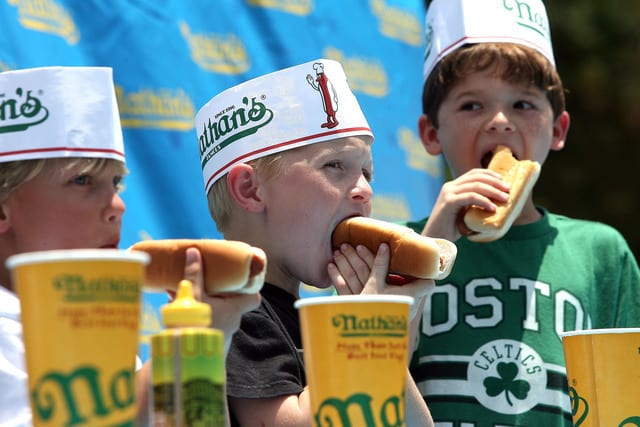 Jason Easterly/Special to the Daily News
Owen Houston, 7, of Naples starts the kids “Neat Eat” during the Nathan’s Famous Hot Dog qualifying circuit for their annual hot dog eating contest held at the Mercato on Saturday, May 12, 2012.

In January of 2010, the Boys & Girls Club of San Pedro in California held a fundraiser for Haiti relief—a devastating earthquake hit Haiti on January 12, 2010. One of the activities was a hot dog eating game. Unfortunately, the fun turned deadly when one of the participants, 13-year-old Noah Thomas Akers started choking.

A male staff member performed the Heimlich maneuver, but it didn’t help. Paramedics arrived soon and tried to remove the obstructing piece of food using an extended pair of forceps. Unfortunately, they were unsuccessful, and Noah later died in hospital.

Apparently, a staff member of the Boys & Girls Club did tell each child participating in the hot dog eating game to take their time and that it was not a game based on speed.

Lt. David McGill, of the Los Angeles Police Department, indicated that the initial investigation suggested that the children were appropriately supervised.[8]

For more lists like this, try 10 Amazing Times A Children’s Toy Saved Lives, and 10 Unbelievable Things Kids Were Actually Allowed To Do.