Nature, or as I call it, the real world, is full of surprises. It keeps giving and taking as it pleases. Often it gives us beauty that can stun us to silence or move us to tears. Other times it reminds us of its multi-faceted essence and lets its darkness and horror shine through. This list is homage to nature’s darker side. Here are 10 recently discovered creatures that are as interesting as they are nightmare compelling. Sweet dreams. 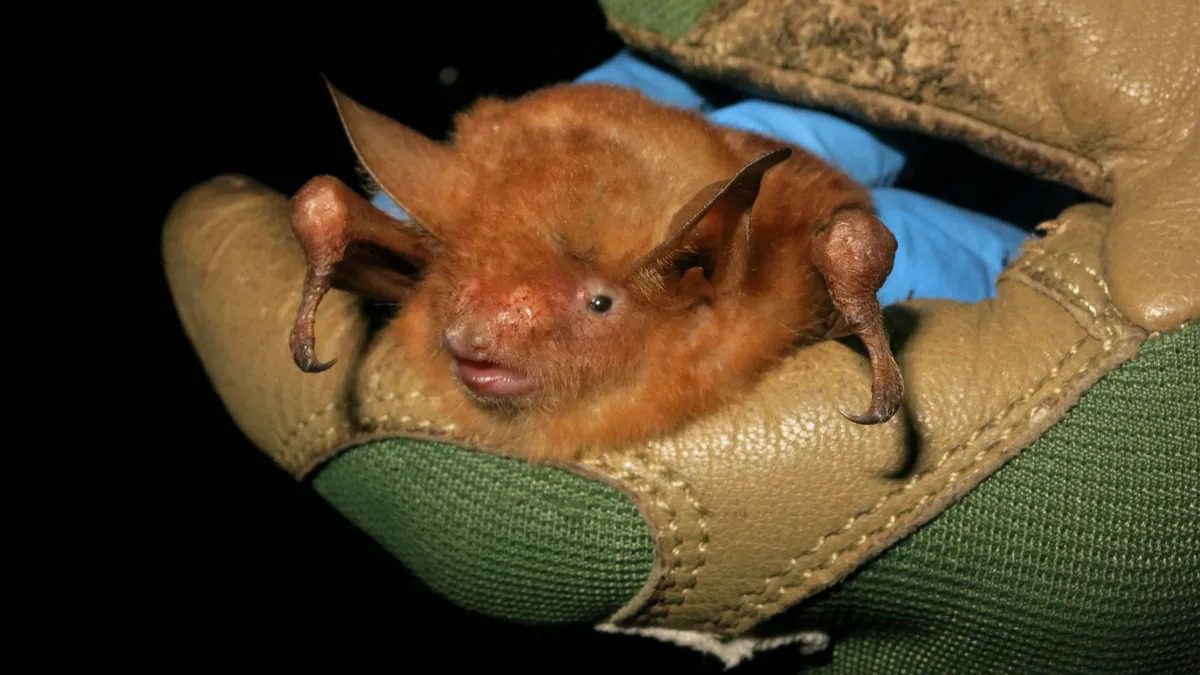 Discovered 2018 in the Nimba Mountains, New Guinea, West Africa. It’s honestly more cute than creepy! It has bright orange fur and is likely already critically endangered due to human activity. As of right now, there is nothing published on its diet, behaviors, or habits. More research is needed for the newest, ultimate Halloween idol. Can you really find something more ideal?

They were discovered inhabiting adits-old mining tunnels. Most of these tunnels are in danger of collapse. So Bat Conservation International and SMFG (a local mining company) are working to construct reinforced tunnels in the area and preserve this ‘sky island’ for the orange bat and other bat species under threat from human expansion.

Discovered 2012 outside of the Miami Zoo, Miami, Florida USA. This terrifying spider is related to the tarantula, meaning it is also venomous. It burrows and builds a trap door from which it ambushes its prey. Are any spiders not scary? Thankfully it mainly eats mainly insects and small invertebrates. And while it can liquify their insides, it’s not very dangerous to humans.

Luckily they are smaller than their tarantula cousins. The males are roughly the size of a quarter and it is thought that the females are 2 to 3 times larger. It is also assumed that females can live up to 2 decades while the males live for about 7 years. The females kill the males after mating just like the lovely Black Widow. The males are believed to burrow for about 7 years before they come out to mate the first time. Can you blame them? They’re just doing what they can to prolong their lifespans!

Discovered in 2021 in the Ruyku Islands, an archipelago near Japan and Taiwan. This is another giant venomous centipede. What makes this one more daunting is the amphibious nature of the creature; it is equally adept on land and in the water. Let’s hope they keep a shrimp diet and stay local.

It is only the 3rd amphibious species thus far discovered. It is also one of the largest species in its region at about about 20 cm long and 2 cm thick. It has also been 143 years since the last centipede was discovered in the area. And this one dove into the water to escape researchers. So it’s a venomous arthropod that predates equally well on land and in water. Nope! Won’t be visiting the Ruyku Archipelago in this life.

Discovered in 2020 in Movile Cave, Romania. The King is another centipede and terror fuel just because of the toxic environment from which it hails. The pitch black cave has very little air or oxygen and a high sulfur content among other toxic gases like carbon dioxide, methane, and ammonia and sounds quite hellish. Despite being only about 2 inches long, this many legged crawler is toxic just like its environment. They thrive among chemosynthetic bacteria, some spiders, arthropods, earthworms, leeches, and snails. Maybe we just seal up that cave and let them all be.

It sounds like they are all mutants from another planet with a different atmosphere, maybe Venus. It elicits images of bites melting flesh and an afflicted person having radiation poisoning. Anything surviving, thriving, and evolving in such a harsh environment has got to be born to kill, right?

Ringed Caecilian in the Yasuni 🐸🐍🌈🌎

While the animal itself was discovered almost 2 centuries ago, the recent discovery (2020) of it having oral venomous glands re-upped this creature’s fear factor. It’s an amphibian that looks the love child of a Black Mamba and an Earthworm with no discernible face. It just became the perfect image for every potential sci-fi creature in the future.

What makes them even more unnerving is their start in life. All of the babies simultaneously feast on the mother’s out layer of skin with 44 spoon-shaped teeth each. Then they rest for a few days until Mom grows another outer layer of skin for her offspring to feast upon like little, vampiric cannibals. Yup! Just about the creepiest creatures out there so far.

Discovered in a barrel in 2015, it was actually collected in 2011 in Banc Durand near New Caledonia in the South Pacific. Despite its comical sounding name, this thing is rather disturbing looking with 8 long, spindly arms that look like thousands of pig snouts snapped together. Its underside is covered with long jaws that are filled with bristly, thorny teeth. So it’s pretty much pure nightmare fuel… a nest of teeth with creepy arms.

It’s also been hiding deep in the ocean at almost 200 feet for a long time as a living fossil from the Jurassic period. More proof that things from dinosaur times are still hanging out. Maybe Chupacabra are velociraptors…

Discovered in 2001, but just named, it was found in Southwestern China and Northern Myanmar. It was just recently distinguished from other Kraits whom it mimicked with coloration. But this Krait is longer with a distinct number of black and white bands. So it was anonymous for a while and its very venomous and deadly. It also enters houses in search of food. It’s active at night and has wandered into beds, biting when it is startled. Just like in the movies…

Its name was derived from a Chinese goddess, Bai Su Zhen. in a famous Chinese folktale, Legend of White Snake. She was ironically the goddess of healing. Perhaps it was scientific sarcasm?

This snake, discovered in 2020 in Ha Giang Province, Vietnam, hasn’t been given a fun surname yet. These snakes live mainly underground and have poor eyesight. They are either iridescent or dark in color appearing to morph from blue to green. It brings to mind the shiny, jewel-like scales depicted on Chinese dragons. They are commonly considered odd-scaled snakes because of unusual shape and small size of the scales and the skin exposed between them.

They’ve been difficult to study due to their subterranean nature. But they inspire the imagination to wonder to what else is hiding down there in the deep, dark ground. Ignorance really can be bliss. 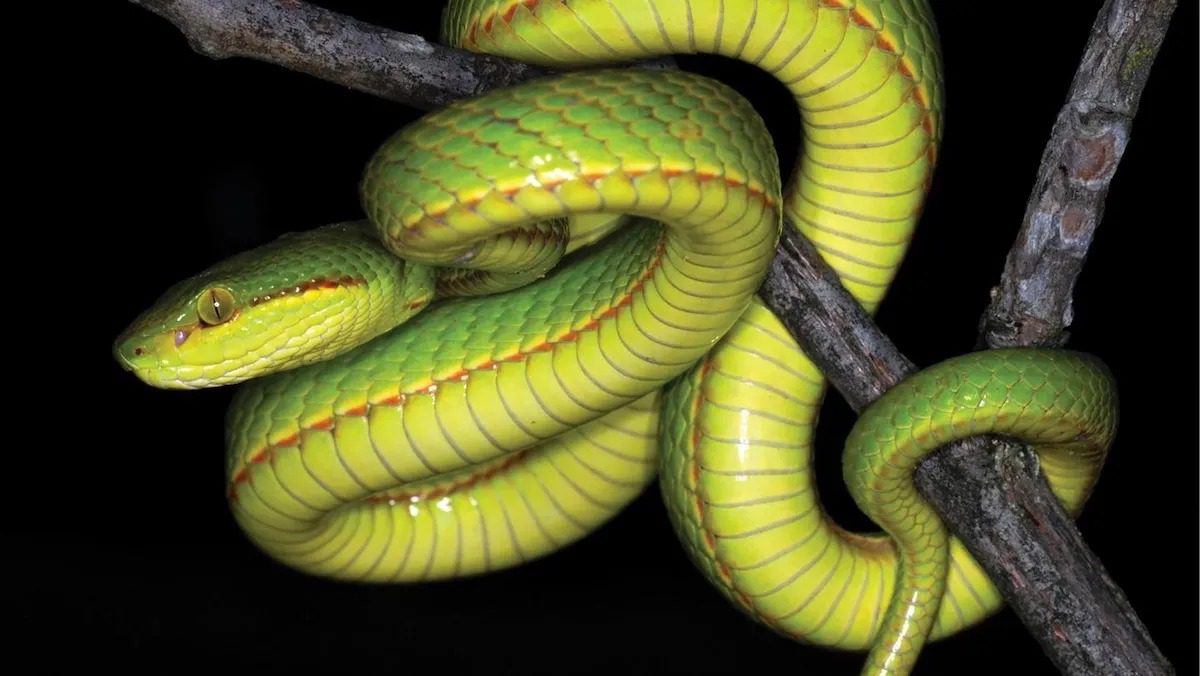 Discovered in 2019 in the Western lowlands of Arunachal Pradesh, India. Yes, its name is borrowed from Salazar Slytherin of Harry Potter fame. They are pit vipers, so they are venomous. Luckily they stick to a diet of small mammals, lizards, amphibians, rodents, and birds. Perhaps they can teach us all Parseltongue and we can befriend all snakes. 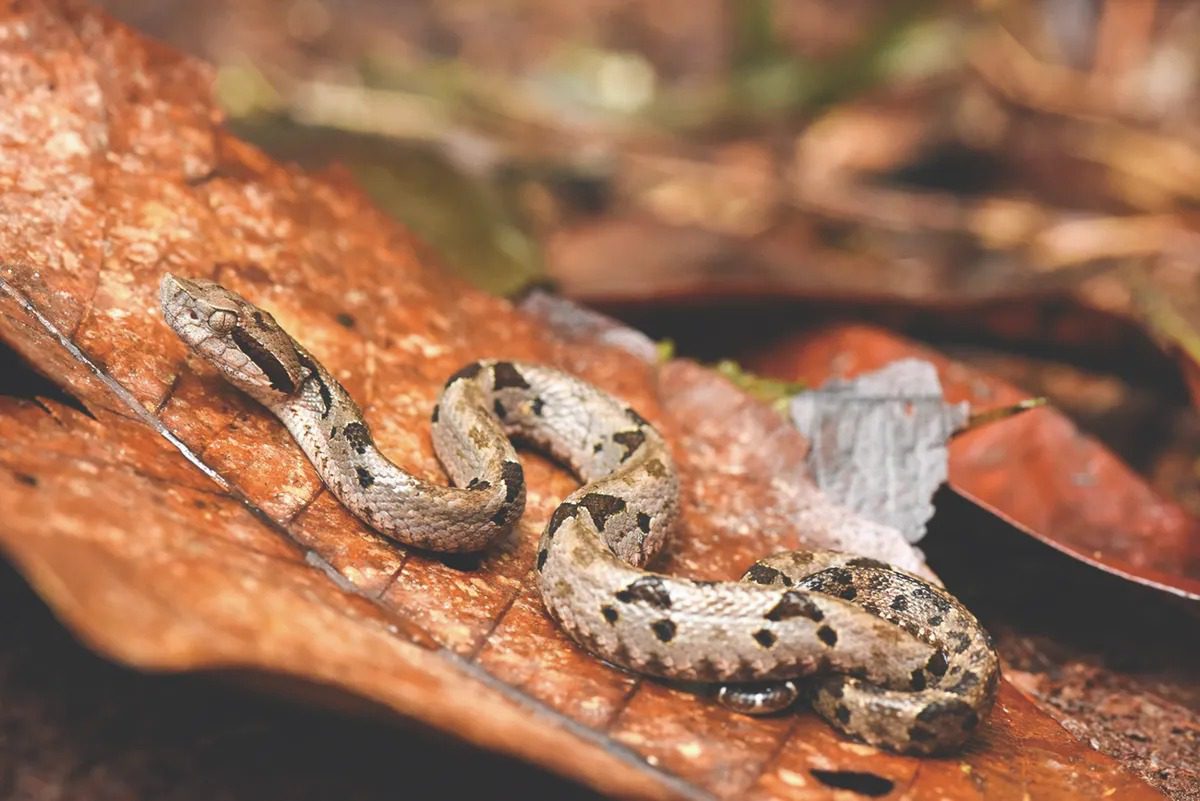 Discovered in 2020 in the Zongo Valley, Bolivia. This is a new Fer-de-lance discovered in the jungled mountains. As if the ones we already know about aren’t enough. Like their relatives, they have excellent camouflages and hang out on the forest floor. To sense their prey, they use heat sensing pits on their heads. They are extremely venomous, so watch your step and avoid walking through piled leaves unless you have a snake sense.

It is actually rather rare to discover new vipers. In the Americas, the average viper discovery is 1-2 per decade. So as scary as it is, it will hopefully be the last one we discover for a bit.

So those are 10 recent discoveries of critters or about critters that we didn’t know until now. The deeper we dig, the further we dive, and the longer we trek into the wilderness, the more we will discover. And even though it seems like we will discover scarier and deadlier things, we still appear to be the bigger threat through rapid expansion and constant consumption. A common thread in most of these newly found creatures is that they are probably already in decline as we crept in without knowing they were already there. So perhaps the creepiest beast out there walks on 2 legs, recklessly consumes, fears the unknown as much as it is attracted to it, and prefers conquering to understanding and peacefully co-existing.