As cheesy as it can be, Valentine’s Day is supposed to be a time of love. Couples worldwide show kindness and love to their partners through gifts, experiences, and special treatment. It can be a really joyful and exciting time for people in a new or committed relationship. Unfortunately, it is not all roses, greeting cards, bath bombs, and chocolate. Sometimes, Valentine’s Day can lead to feelings of jealousy, distressing realizations, and even breakups due to high expectations.

From cheaters and misunderstandings to simply bad partners, cupid’s arrow is not always on target for these Valentine’s Day couples. Continue reading below to journey with us through the top 10 worst Valentine’s Day breakups.

Related: 10 Interesting Facts About Falling In Love From Modern Science 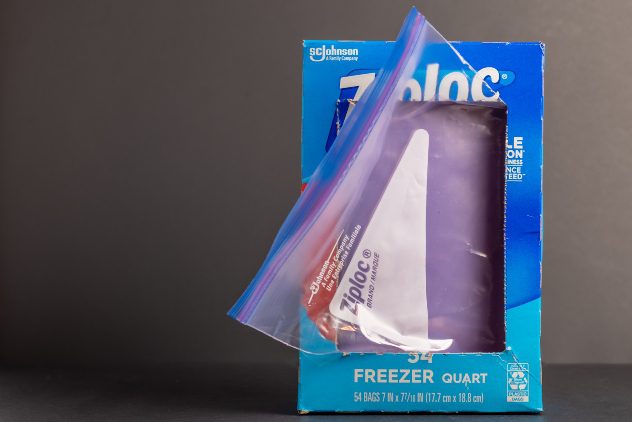 According to Pedestrian.tv, Lola was 18 at the time of this story. She was dating a guy who she “Just thought was so attractive that I [she] was almost waiting for him to unceremoniously dump me—and he did!” When Lola asked for more clarity, this super attractive guy did not simply “ghost” her. Instead, he told her to come to his house, and he would explain the whole situation.

Lola believed this charming young fellow (as romantics like to do). She went to his house to have a mature conversation and learn where things went wrong. Unfortunately, when she arrived, he was not there. Instead, outside of his house, he left all of her belongings. They were all thrown together into a Ziploc bag. Talk about a rough way to spend a holiday that is supposed to be about love! 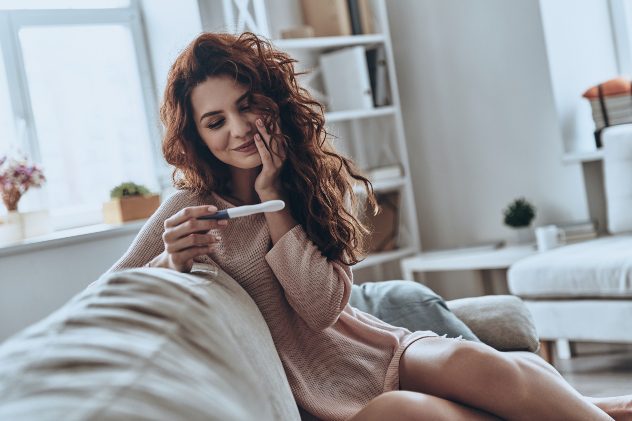 Another Valentine’s Day breakup full of twists and turns comes from CafeMom.com. According to the website, woman E.A. had taken a pregnancy test and knew that she was pregnant. She planned to surprise her husband with the wonderful news on the day of love, Valentine’s Day. The day before, however, she was the one who was in for a surprise.

The day before Valentine’s Day, E.A.’s husband told her that he wanted to “find himself” and was taking a solo trip around the world. This did not sit well with E.A. An emotional reaction was to be expected. According to E.A., she threw the test at her husband and cried all day on Valentine’s Day. If you are upset with your partner for forgetting flowers or getting you the wrong kind of chocolate, maybe consider E.A.’s story and remember it is not so bad!

Not all Valentine’s breakups are quite as dramatic as E.A.’s. Our next story is based on a middle school relationship. As you can guess from the memory of middle school, it revolves around immaturity and trying to impress peers.

According to Seventeen.com, Carolynn of New York City was dumped on Valentine’s Day, cutting short her middle school romance. Carolynn recalls that her biggest crush wanted her to be his girlfriend. Of course, she accepted. Shortly after, she began to send “Cute glitter texts saying how much I [she] loved him and missed him.” Possibly, she was coming on a little strong. Later, however, it was revealed that Carolynn’s heartthrob “Told my best friend to tell me he was only pulling a prank on me.”

Wow. Middle school students are so creative in finding ways to hurt their peers. While her boyfriend was no Ashton Kutcher and his “prank” was in no way funny, we can hope that Carolynn has recovered and had better Valentine’s Days since. Depending on how you look at it, the next breakup we’re delving into was ironically sweet. This breakup happened to D.B., according to CafeMom.com. D.B.’s story is about a boyfriend that she had in college. Unfortunately, it is common for couples to break up right before Valentine’s Day in high school and college. This is because one of the partners does not want to give a gift. D.B.’s college boyfriend did not take this approach. In fact, he did kind of the opposite.

Instead of breaking up with D.B. before Valentine’s Day, he waited until the day itself. Whether it was an attempt to soften the blow or make himself look better, the man in question bought D. B. flowers and candy. True, her boyfriend was not cheap. But maybe he should have bought her a teddy bear too. That way, she could hold something while she cried. Instead, she had the flowers to serve as a reminder of her Valentine’s Day heartbreak. 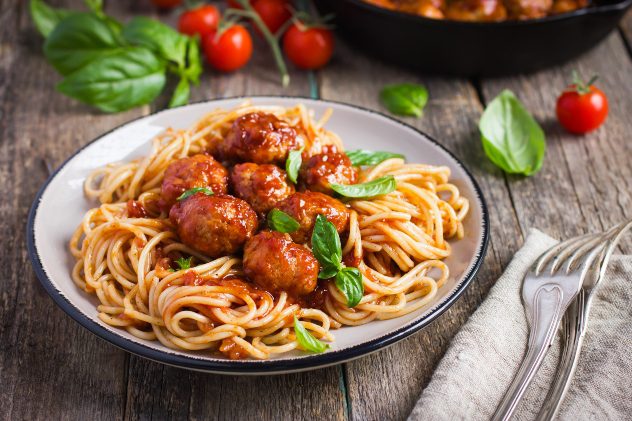 Cooking a delicious meal for a partner is not only kind; there is a kind of intimacy to it. Sharing recipes and cooking with a new partner can be a big step. However, maybe it is not always the right step. According to Pedestrian.tv, Chloe had a messy experience. She felt close to her boyfriend, to the point that she wanted to share her “world-famous spaghetti” with him. According to Chloe, preparing the meal took her hours.

Her boyfriend came into the apartment and enjoyed the spaghetti (helping himself to two servings). After eating, the lovebirds got ready for bed with full stomachs. Chloe says the two were “romantically spooning” when “he casually announces he isn’t falling in love with me at all, and we should just cut our losses.”

What was in that spaghetti?!? In all seriousness, it seems as though Chloe dodged a bullet. If a person is willing to eat two plates of your world-famous spaghetti that you spent hours preparing on Valentine’s Day to only break up with you while you are spooning, what else can you expect from them? 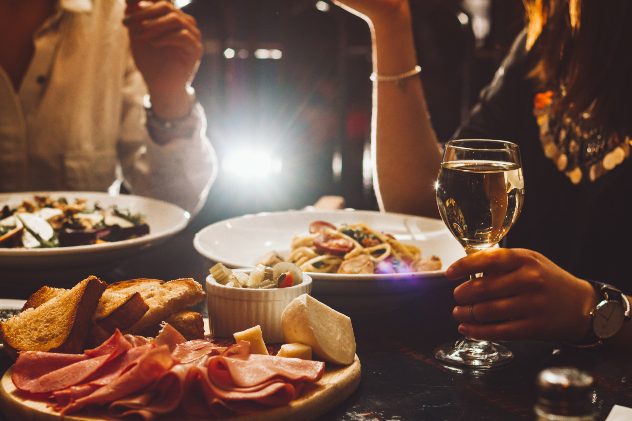 Our next Valentine’s Day breakup is another culinary misadventure. AskMen.com reports on a comment from Reddit user u/devilized. U/devilized, who went through a traumatic Valentine’s Day breakup as well. Reportedly, he made his longtime girlfriend a steak dinner. He cooked homemade Italian bread, marinated ribeye, and steamed fresh green beans and carrots. All of this was served to his partner with music and candlelight. Sounds pretty romantic, right?

According to u/devilized, his girlfriend told him several upsetting things that night. Evidently, she said she was “No longer completely devoted to me, doesn’t like when I touch her, and might break up with me because I don’t want kids.”

That is a lot to take in, and we’re not even considering the tasty meal. Though the results of this encounter were inconclusive, we can all hope that u/devilized and his new girlfriend have found a happier, more fulfilling relationship since. 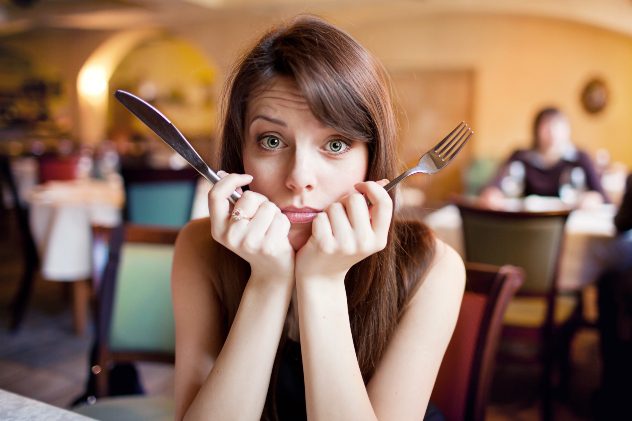 According to CafeMom.com, D.R. said she and her partner had “been bickering all day, what I thought was normal couple stuff, but still decided to go out for our Valentine’s Day dinner. The restaurant had a 45-minute wait, so we went outside. We ended up bickering some more, and then he got up and left… WITHOUT me.” While this sounds like it was already somewhat of a tense situation, the hunger and wait time for the restaurant certainly did not help.

D.R. indicates that she had to find her own ride home from the restaurant via Uber and that her boyfriend moved out the following week. It seems like these two were maybe already not seeing eye to eye, but Valentine’s Day is certainly a sad day for their romance to end.

3 The Most Secret Admirer 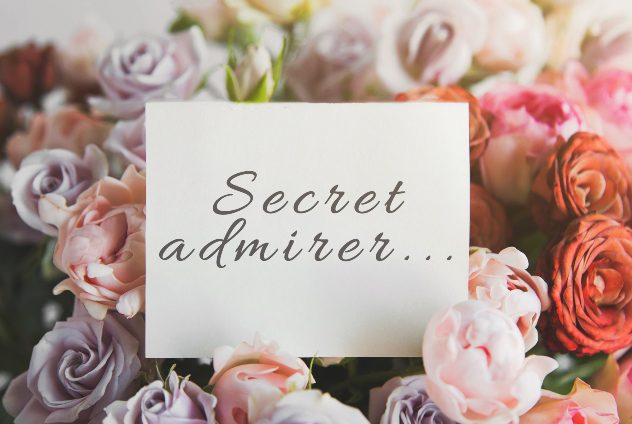 Our next Valentine’s Day fiasco was reported by Seventeen.com. While the school is not specified, it seems like this was a high school or college romance. Lauren, from Denver, says that a secret admirer first contacted her on her phone. She did not know the number, and the person did not want to reveal their identity. She was intrigued by this mysterious admirer and continued to text with him, apparently for hours.

The anticipation built up in Lauren. She wanted to know who her admirer was. Finally, he invited her to meet at a coffee shop for a blind date. Reportedly, Lauren was somewhat suspicious and took precautions, “including telling all my friends where I was going and letting the barista know I was on a blind date.” Lauren was smart to take these precautions but still excited to be meeting her mysterious, romantic admirer.

She waited at the coffee shop on Valentine’s day for half an hour, but the admirer never showed. Lauren got a text from the admirer a week later, apparently teasing her for being stood up. The identity of this admirer was never revealed. Unfortunately, I suspect this may have been the admirer’s intentions all along. People can be so mean!

2 Not the Valentine She Was Expecting 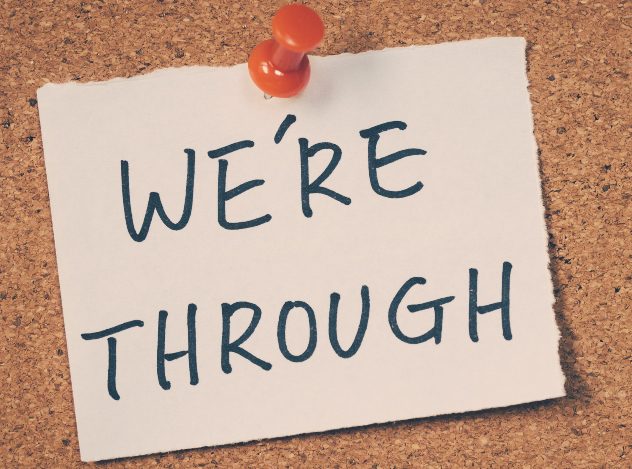 Our next Valentine’s Day breakup is a short one from CafeMom.com. Unlike many other stories, this one takes place early on Valentine’s Day morning. K.S. recalls that she was dating a new person, and things were going well from her perspective.

The night before Valentine’s Day, the couple slept together for the first time. According to K.S., “It was kind of awkward, like first-time sex can be, but basically okay.” It seems her partner may have had a different perspective. On Valentine’s Day morning, she awoke not to chocolates, roses, and kisses. Instead, she awoke to find a note on her nightstand. She never heard from him again, and the note simply said he “Just wasn’t feeling this.” Ouch! That’s definitely not how Valentine’s Day should be started. Grace from Milwaukee tells us our final heartbreaking Valentine’s Day tale. Seventeen.com shared her story. Grace confessed her love for her best friend on Valentine’s Day. Like all of the other items on our list, this did not go as she hoped.

Her best friend told her several things. First, he told her that he did not share her feelings. Then, he described his feelings for their other mutual friend. He even described her as “hot.” Of course, this left Grace feeling unwanted and rejected.

According to Grace, she was “heartbroken for a long time.” She has dated “some other guy” as a rebound since, but it took a while to recover emotionally. But…doesn’t it make you wonder if her “best friend” was really her friend after all?