There are three types of people in this world. Some invite spirits and go out of their way searching for them. Some believe the stories of others. And then some want nothing to do with it and find themselves starring in their very own nightmarish episode. Here are 10 of the craziest tales of paranormal encounters.

Related: 10 Demons You Should Probably Try To Avoid 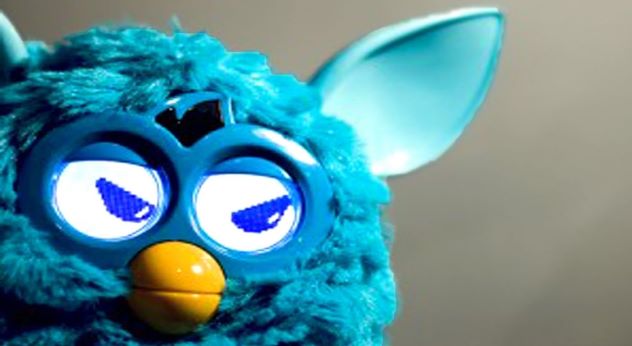 A young boy received a Furby as a present but soon outgrew the electronic toy, setting it on a shelf in the basement closet to collect dust. Sometime later, the boy’s older brother and his friend were hanging out one evening and ended up falling asleep in that same basement.

But they were woken up by a kid’s voice saying, “Come play with me!” After not finding anything odd about the toy—not knowing it doesn’t speak English—he and his friend thought nothing of it and went back to sleep. The next morning, the boys learned that Furbies only speak when moved and Furbies only talk in gibberish. Plus, the toy didn’t have any batteries in it.

When a paranormal investigator’s father told him about a spirit haunting his childhood home, he had to check it out. He and a few friends identified the spirit as a threatening witch draining them of energy. Besides capturing audio, he also saw an apparition loom behind his friend. As he explained this to him, they heard the spirit’s voice again and caught an orb leaving the scene simultaneously on film. Meanwhile, their other friend sat on the stairs, completely drained of energy despite being well-rested.

It takes a lot for a spirit to manifest itself across the veil. Most paranormal investigation equipment is designed to withstand a spirit’s attacks and even help filter through frequencies to boost their signal.

All the way across the pond in rainy Scotland, the Edinburgh Vaults are a series of rooms in the South Bridge used as taverns, workshops, and storage spaces. Over time, businesses left, and the homeless took residence, followed by illegal gambling dens and body dumping grounds for killers. It’s unclear when the vaults were sealed in the 1800s, but they were rediscovered in the 1980s. Since then, various witnesses have experienced attacks and scratches from a demonic spirit who they claim to be Mr. Boots, the murderer of a young woman. When the Vaults were reopened, archaeologists found her body in one of the chambers.

Travel Channel’s Ghost Adventures crew was locked down in the Vaults overnight and challenged the spirit by shining flashlights and antagonizing Mr. Boots to react. When the main investigator antagonized the spirit too far, their electrical meter sparks a surge over 25 ohms of energy, equivalent to a small magnet.

7 The Apartment from Hell

Spirit Story Box: The app that claims to reach the dead

A college student was home for winter break, and her friend said her house was haunted. Being an avid ghost expert, the girl and her friend conducted an EVP session in the master bedroom. An EVP is an electronic voice phenomenon, and during the session, the group began to experience headaches and stomach pains. The friend revealed that her grandparents died in that bedroom, but then they heard noises from the kitchen. They moved their EVP session to the kitchen, which became drastically hot, like the oven had been turned on, except it hadn’t.

Grasping hands, a friend started praying and condemning the spirit, but their hands started separating by themselves. And something was coming upstairs from the basement. A horned shadow stretched along the wall, and the friend yelled at the spirit to leave. She woke up on the floor a full five minutes later. Her friends left the house, and once she did too, they told her she smelled like fire and ash and had a red handprint on her ankle.

A woman’s son got laid off from work, so he and his fiancee came to stay with her, and the mother was happy not to be alone in the house anymore. The fiancee put their baby down for a nap with the baby monitor next to the crib. She goes downstairs to start making lunch and hears “Twinkle Twinkle Little Star” playing from the monitor. They didn’t have toys that made music in the crib. Then the son’s name is said over the monitor, and within seconds, the baby is screaming.

Later, the mother had nightmares of a little girl abused by nuns. The nuns threw the girl against the wall, and the mom woke from the dream, knowing the girl was dead. She researched the house and discovered a concrete chamber added to the foundation. She and her son cracked it open and found cremated human remains of the young girl.

5 The Woman in White

At the Honolulu Police Department’s Training Facility, a security guard was working one night when the outdoor wooden shutters of the facility started wildly opening and closing. When the guard approached, they suddenly stopped. He went on about his shift and saw a woman in a white dress crossing the parking lot toward him. He assumed she needed help but never heard the gate open and wondered how she got inside the perimeter.

The guard asked if she needed help, to which she said nothing, and she continued toward the house while staring blankly ahead. When the guard turned around and saw nothing out of the ordinary, he turned back to face the woman only to discover that she had vanished. He continued his shift and eventually sat down to take a break, but the woman was sitting across from him when he looked up. He ran and never worked another shift at the facility again. Women in white are often victims, and we can assume some act was committed against her to cause her spirit to linger.

Located in famed San Jose, California, the builders of Winchester Mystery House constructed it using sacred geometry meant to connect it with the astral plane. Whether this was to help or confuse the spirits is unknown.

A paranormal investigator had visited the house before with friends, and when he returned, they were standing in the hallway when they saw a light flicker at the other end like someone had walked past it. They hurried across the labyrinth and asked the spirit if it had walked past. They received a vocal answer and the feeling that they were not welcome to return to the house a third time.

I’ve Been Having Weird Paranormal Experiences…

A famous YouTube vlogger known for her dark, gothic style revealed that she was really sick when she was about three years old, and living in a state between life and death opened a channel between her and spirits. In her teenage years, she regularly visited the oldest cemetery in Galveston and found comfort in the presence of spirits as one would when relaxing with friends. She even felt an attraction to certain tombstones.

Midway through the video explaining this, she has to switch her battery because it keeps draining. She continues that she bought a brand new car, but the electrical, radio, and AC have been acting up. She also explains that there are carbon monoxide detectors in every room of her house, but only the one in her bedroom is triggered.

Due to her experiences in the graveyard, she passed a girl at a store and sensed an intense sadness. She stopped and talked to her and learned that the girl’s grandparents had passed away. The vlogger went back and researched names from the Galveston Graveyard. The girl is a great-granddaughter of the tombstones she was visiting.

A history enthusiast visited George Washington’s estate on the 4th of July. Given that it was the middle of summer in Virginia, the house was very warm since houses back then were not built with any cooling systems. But when this visitor stuck their head into Washington’s room, the room where he died, it was freezing cold.

She peeked around the door frame due to a delineator preventing a guest from stepping inside the room, and as she paused at the washbasin and mirror, she felt someone staring at her. She immediately tried to move but could not even open her mouth and call her help. She then felt the unseen figure walk up to her and stare her down until she was finally released and fell back on her rear. She immediately wanted to leave the house despite being the one who had suggested the trip. Her family still doesn’t believe her to this day. 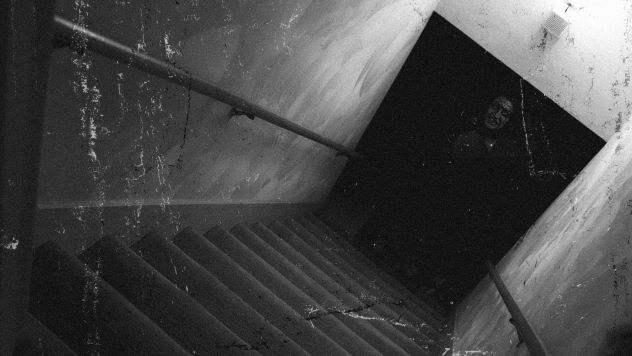 An older brother and his family moved to the suburbs. His little brother refused to go downstairs, and the family chalked it up to typical little kid stuff since he was five or six at the time. A couple of months later, the younger brother has a meltdown at the dinner table, sobbing and pointing at the door to the basement, crying, “It’s staring at me!” The house seemed to calm down once the family got him to calm down, too, until the older brother’s birthday rolled around.

He heard someone singing and, assuming it to be his parents, he went downstairs, but no one was there. So he went back to his room and heard the song again. The voice was coming from the vents. To the basement. A couple of weeks later, his little brother went missing, and the family tore apart the house looking for him, but they couldn’t find him. But they heard him crying in the vents. The family’s mother prevented the older son from going downstairs, where she saw a shadow in the shape of a man. She yelled for it to get out of her house and leave her sons alone, to which the spirit left, and shortly after, she found the younger son in the basement