The past two years have seen many establishments having to close their doors either temporarily or permanently. Whether it has been learning institutions, entertainment venues, or places to eat, their value is appreciated now more than ever.

With the recent closure announcement of a pub—Ye Olde Fighting Cocks in St. Albans, just north of London—that had been in business for 1,000 years, it is time to take a look at some of the oldest establishments of their kind that have stood the test of time and are still operational as of this writing.

Related: Top 10 Most Talked-About Hotels In The World

The world’s oldest airport still in operation is located in Maryland, USA. The airport was established after the Wright brothers managed to convince the U.S. Army to purchase one of their planes. The brothers were then required to train two army officers to be able to fly it. They needed a space large enough to ensure a level of safety, and College Park had the area they required for Wilbur Wright to train the two officers.

Today, College Park Airport is used for civilian pilots and also boasts a museum. Due to the airport being so close to Washington, DC, there are restrictions around who can land at the airport, and background checks are protocol. In aviation history, College Park Airport also holds the title for having the first female passenger in a plane in the United States and for being the location of the first controlled helicopter flight.[1] 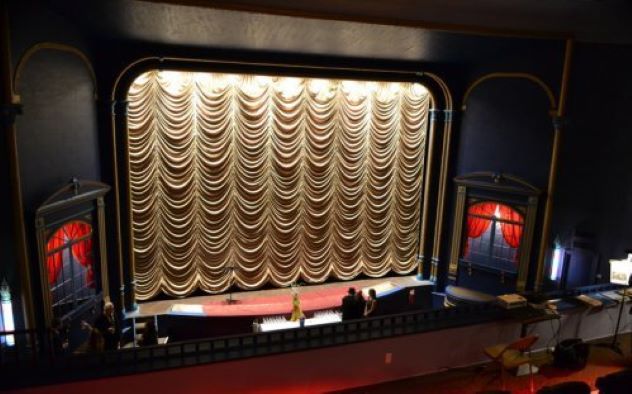 Grab a big box of popcorn for this one. In 2016, the State Theater in Washington, Iowa, was given the official title of being the world’s oldest, continuously operating movie theater. When it opened in 1897, many of the films screened there were brought in from France, and ticket prices were between 15 and 35 cents.

Unfortunately, in 2010, a fire broke out in the projection room, and the theater had to close for refurbishments temporarily. The theater has kept up to date with technology where they even screen 3D movies; however, the classic, old-fashioned feel that the locals love is still there for everyone to go and experience. If only the ticket prices could have stayed the same…[2]

Of course, the oldest, continuously operating shopping mall is in one of the fashion capitals of the world—Milan. The Galleria Vittorio Emanuele II, which took 12 years to build, is an architectural masterpiece, and many high-end clothing stores can be found there, including Gucci and Prada. You can walk around and look at the magnificent mosaics inspired by Africa, Europe, Asia, and the Americas. The mosaic garnering the most attraction is the Turin Coat of Arms, which features a bull. It is believed that if one spins their heel three times over the bull’s testicles, it will bring good luck.

If you get hungry, then you can stop by Café Biffi, which has been operating since 1867, 10 years before the mall officially opened. And if you are broke after shopping at Prada, there is a McDonald’s decorated in black and gold—because it has to blend in somehow. It is a requirement that the store signs have their company names in gold font on a black background. Even without spending a cent, the Galleria Vittorio Emanuele II is worth visiting for its beauty alone.[3]

Zoo Vienna – Tiergarten Schönbrunn – The oldest zoo in the world

Located in Vienna, Austria, the Tiergarten Schönbrunn opened to the public in 1779. This was 27 years after Franz Stephan I of Lorrain, a Holy Roman Emperor, decided to move his private menagerie to his summer residence, the Schönbrunn Palace, in 1752. He ordered a man by the name of Adrian van Stekhoven to build him a place to keep all of his animals. Keeping private collections of animals, mostly brought back from foreign expeditions, was very much the norm in Europe among royals. After Franz’s death, his son, Joseph II, brought in different types of animals that his father had not previously had in his collection, such as carnivores. Franz was not a fan of their odors, apparently.

Joseph II decided to open the park to the public in 1779 and made a promise that the zoo would be “A place of recreation dedicated to all the people by their Esteemer,” a quote that is still a feature in the zoo for everyone to read. Today, the zoo focuses on conservation and education and boasts a variety of animals from around the world. It also includes an aquarium, polarium, and simulated Amazon rainforest. The Tiergarten Schönbrunn survived through World Wars and a financial crisis and still stands today as the world’s oldest operating zoo—as well as a UNESCO World Heritage site.[4]

Remember to reserve your table for this entry as the world’s oldest restaurant still in operation is situated in Madrid, Spain. It can definitely be argued that there are many older restaurants still in business; however, Restaurante Botín takes the title as it has remained in the same building and has kept its 18th-century interior since it opened in 1725. It continuously ran until it had to close temporarily due to the pandemic and reopened on July 1, 2020. It had even stayed open during the Spanish Civil War. Luckily, the temporary pandemic closure will not change the title given to them by Guinness World Records.

In 1725, Jean Botín and his wife established a small inn. Guests would have to bring their own food to be cooked there as, at the time, selling food in such an establishment was banned as it could have interfered with other businesses.As the couple had no children, the restaurant was left to their nephew upon their deaths, who renamed it Sobrino de Botín, which translates to Nephew of Botín. It was run by generations of the Botín family until 1930, when the González family took over. Since then, the restaurant has maintained its interior and even has the original fire oven that is still used to roast their famous menu item—suckling pig.[5]

Located in Vicenza, a town in Italy, the Teatro Olimpico is not only the oldest operating indoor theater in the world but also a UNESCO World Heritage site. It could be said that the star of this show is the Roman architecture and sculptures. Andrea Palladio, a famous Renaissance architect, designed the theater inside of a pre-existing, abandoned fortress in order to create a space for entertainment that was greatly inspired by Roman theaters.

Unfortunately, he died before the theater opened, and his son, Silla, saw to the completion of the theater. The first production shown at the theater was the play Oedipus the King. Vincenzo Scamozzi designed the stage to replicate the seven streets in the city of Thebes. This structure has remained to this day as a part of the theater. The theater, which seats 400 people, puts on a variety of shows every year, including plays and concerts.[6]

The Bakken amusement park, located in Copenhagen, Denmark, is a fun day out for the whole family. At first, during the summertime, people were drawn to the healing springs found in the area. Eventually, people started to provide entertainment and sell products for everyone visiting the springs. From there, it continued to develop into an amusement park. Along with the modern rides found today, one can also ride a wooden roller coaster that is over 80 years old! Entrance is free, and you pay for the rides you want to experience.

Once you are inside, you can take your pick of the 31 rides available or choose from some of the other 78 attractions, including a gaming arcade. On a hot summer’s day, you can grab an ice cream or enjoy some delicious Danish treats. For the past 200 years, a clown called Pjerrot has brought laughter to many children visiting the park. Despite its age, the park is bright, colorful, and welcoming to all of its visitors. Instead of using big brands/companies for stalls, small businesses operate within the park in order to preserve the historical value of Bakken.[7]

Situated in Rome, the Musei Capitolini’s history started when Pope Sixtus IV donated a large number of bronze artifacts to the Roman people in 1471. They were displayed on Capitoline Hill, which today is a museum made up of three buildings. Over the years, many different items were added to the exhibit, including jewelry, statues, coins, artworks, and many other kinds of artifacts.

Various popes were involved in the growth of the museum. Popes Pius V and Paul III donated pieces to the growing collection, Pope Clement XII took part in the opening of the Palazzo Nuovo building for the public to visit, and Pope Benedict XIV helped open the art gallery. The art gallery, Pinacoteca, is the oldest public display of paintings. Michelangelo—you might have heard of him—had a hand in the redesign and renovation of parts of the museum but, unfortunately, died before he could complete his vision. Today, the museum is home to many ancient and medieval artifacts, including the famous statue of Emperor Marcus Aurelius on his horse.[8]

Fatima al Fihri, the woman behind the world’s oldest university

The University of al-Qarawiyyin—Opened in 859

The University of al-Qarawiyyin has an incredible history. It is a UNESCO World Heritage Site, holds the Guinness World Record for the oldest, continuously operating university in the world, and it was also the first education institution to award a degree. Founded in Fez, Morocco, the university’s focus has been on Islamic studies.

A woman named Fatima al-Fihri used money that she had inherited to open a mosque for her community. It also had a school called a madrasa, an Islamic college focusing on the teachings of the religion. The school developed into a university where both men and women have studied many subjects, including medicine, astronomy, and music, along with Islamic studies. It was in the mid-1900s that the university adapted to the state education system and introduced chemistry, physics, and foreign languages.[9]

Book a relaxing stay at the world’s oldest, continuously operating hotel that, up until today, has been run by an astonishing 52 generations of the same family. The hotel was built during the Keiun era, and therefore the inn, founded by Fujiwara Mahito, was named after it. It has kept up to date with modern amenities but maintains the elegance of Japanese architecture and offers peace and tranquility.

The hotel is famous for its free-flowing hot springs that pump around 1,630 liters (430 gallons) of water a minute. Along with the breathtaking views, the hotel offers a restaurant that serves meals made from seasonal ingredients and top-quality Koshu beef.[10]