There are two types of sounds: Those we can hear and those we can’t.

The average human hears every sound between the frequencies of 20 hertz (Hz) and 20 kilohertz (kHz). Any sound below this frequency is infrasonic, and any above is ultrasonic. Unfortunately, we cannot hear both because our ears cannot pick them up.

Besides the sounds outside our hearing frequency, there is also a category of sounds between 20 Hz and 20 kHz we cannot hear. We should hear these sounds under normal circumstances, but we cannot hear them because of one reason or the other.

This list presents 10 of these loud sounds we cannot hear.

If you stood beside a person blowing a dog whistle, you would hear nothing louder than a low hissing sound, even though those whistles are unbelievably loud.

We cannot hear dog whistles because they produce sounds in frequencies above what we can hear. The average human hears no more than 20 kHz, which could go up to 23 kHz in people with sensitive ears (one kHz is 1000 Hz). However, dogs can hear up to 45 kHz. Depending on the manufacturer, dog whistles make sounds between 23 and 45 kHz.

But this doesn’t mean you should blow dog whistles for fun. Just as you would freak out if someone blows a loud whistle (you can hear) for minutes without stopping, dogs will also freak out if you blow a dog whistle non-stop. Besides, blowing a dog whistle too loudly when your dog is nearby could attract other dogs, which is something you do not want.[1]

What If We Could Hear the Sun?

Imagine someone filled the earth with police sirens and switched every one of them on. Now, multiply that sound by 10,000. That is how loud the sun is.

But we are 92 million miles from the sun, which means the sound would have greatly reduced by the time it gets here. But the dull roar we’d hear would be around 100 decibels, which is the same volume as a rock concert. That’s still loud.

Researchers think we would have never been able to develop speech with that constant noise around us. And even if we did, we would need to shout to talk to even the people closest to us. However, the super-loud sound would only last during the day, which means we may enjoy a bit of quiet at night.

Luckily for us and our ears, we cannot hear the sun. Why? Because sound needs air to travel and there is no air in space.[2]

Everyone over 18 suffers from a health disorder called presbycusis, which is the medical way of saying “age-related hearing loss.”

A few businesses have exploited this knowledge to create products that blast annoying sounds between 17.4 and 20 kHz to discourage teens from hanging outside their stores. On the other hand, teens are fighting back by using ringtones in those frequencies. This allows them to receive calls in classrooms without their teachers knowing their phones are ringing.[3]

Contrary to what they told us, bats can see. It is just that they do not always rely on their eyes to find their way around. They use sound instead.

Over half of all bat species release ultrasonic sounds between 20kHz and 200 kHz from their mouths or nostrils. Then they wait for the echoes to bounce off everything in the area and return to them, allowing them to identify obstacles and, of course, food.

The loudness of these sounds varies but is usually between 50 and 120 decibels, which is louder than a smoke detector within arm’s length.[4]

Rockets are loud, but what if we told you they could be louder?

While we cannot hear infrasonic sounds, we can detect and record them with special equipment and even speed up the recorded sounds to get an idea of what they sound like. In fact, researchers did exactly this when they captured sound from the November 2009 launch of the Space Shuttle Atlantis. They sped it up 250 times so that we could hear it.[5]

Sperm whales make a variety of sounds. Some are infrasonic, some are ultrasonic, and the rest are within the frequency of what we can hear.

The one thing all the three types of sounds have in common is their loudness. The sounds are so loud that researchers think sperm whales may be using them to stun their favorite prey, giant squids, unconscious before capturing and eating them.

While research into this remains inconclusive, experiments have proven that sperm whales do not use ultrasonic sounds to stun prey. However, we cannot say whether they use infrasonic or even regular sounds for the same purpose.

We should also add that whales could use sound to hurt their prey in other ways other than stunning. For instance, they could use sound to burst their blood vessels or disorient and confuse them, so they do not know the whale is approaching.[6]

The Sound of Silence: Infrasound at Sabancaya Volcano, Peru

Volcanoes make a lot of noise when they erupt. However, what if we told you a good chunk of that noise is silent to our ears?

That is because some of the sound is infrasound, which is below the frequency of what our ears can pick up. Curiously, infrasonic sound, especially when loud, is more dangerous than ultrasound since it travels over longer distances. In fact, infrasound-detecting stations often pick up the sounds of faraway volcanoes and use them to determine the characteristics of the eruption.

Female elephants leading a herd use it to shepherd every elephant in the herd. Mothers use it to remain in touch with their calves, and males use it to warn other males to back off during the mating season.

Elephants generally make infrasonic sounds between 1 Hz and 20 Hz, which we cannot hear. However, they make these sounds along with some rumbles that are within the frequency of what we can hear. Why they do that, we cannot say.[8]

Sound (aka sonic) weapons work by directing infrasonic or ultrasonic sounds at a person or group of people. Several countries have deployed infrasonic sound weapons, which have milder consequences when compared to the ultrasonic ones, against protesters, who rarely know they are at the receiving end of one, even after the effects kick in.

People at the other end of infrasonic sound weapons suddenly become uncomfortable and begin vomiting or pooping. Ultrasonic weapons have the same effect, too, but they also cause headaches, trigger bubbles to form inside our tissues, and increase the temperature of our cells, consequently damaging them.[9] 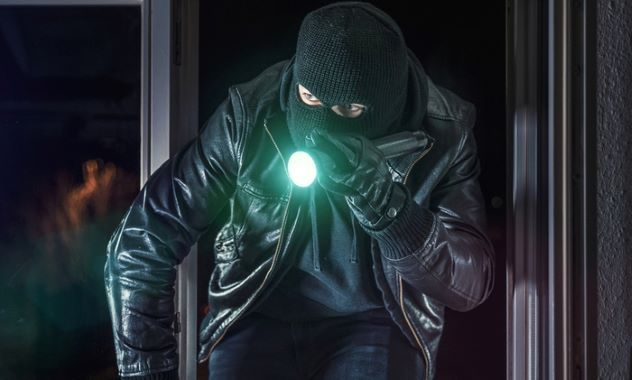 Have you ever wondered how motion detector lights, alarms, and security systems work? They use ultrasound.

Most ultrasonic security systems use sound waves between 30kHz and 50 kHz, which we cannot hear. Better still, ultrasonic sound waves cannot pass through solids like infrasonic sound, making them the best for detecting humans, animals, or objects in an area.