People are reported missing all the time, leaving authorities and loved ones to piece together clues and come up with theories. Sometimes, there are logical explanations, But other times, there are no clear theories, and the mystery remains unsolved. Not all these disappearances were of the forever kind, but they definitely are all strange and thought-provoking.

This list explores ten published writers who went missing, leaving their readers and the public to wonder what exactly happened to cause their disappearance.

Related: 10 Mysterious People Who Inspired The Work Of Great Writers

The Mysterious Disappearance of Agatha Christie

The famous English mystery writer perplexed police, fans, and family members when she vanished in 1926 under mysterious circumstances. Christie left home in the evening and drove off without leaving any indication as to her destination. Police soon found her car abandoned with no clues about her whereabouts. As an already well-known author, her disappearance was highly publicized with a lot of energy put into her case. But, no new breaks happened in the case until 11 days later, when the author was spotted in a hotel using a fake name. When her husband came to get her, she had little memory of the previous week. Luckily her disappearance resulted in a reappearance.

The police and her husband theorized that she suffered amnesia from a car accident which accounted for her lost identity and memory. But people continued to speculate on the real reason. Suggestions ranged from a nervous breakdown brought on by the death of her mother and embarrassment of her husband’s affair to a cynical publicity stunt to promote the successful but still little-known author. Christie never publicly spoke or acknowledged her disappearance for the rest of her life. Fans and biographers continue to speculate about possibilities, leaving her disappearance an enduring mystery.[1]

Follet, a child prodigy, published her first novel, The House without Windows, at only 12 years old to critics’ positive reviews. She was regularly featured in newspapers and media, showcasing her incredible talent at a young age. By age 14, she would release her second and final novel. After this early success, Follet would go through emotional challenges. Her father, a big supporter of her writing career, decided to leave Follet and her mother for a younger woman. Without much money or the encouragement of her father, Follet would go on to write two unpublished manuscripts before marrying Nickerson Rogers.

Without many prospects in her writing career, she took jobs as a secretary to make ends meet. By 1939, her marriage was in trouble. Later that year, following an argument with Nickerson, she left their home and never returned. Follet’s mother, Helen, continued to look into Follet’s disappearance, though no new leads have ever been made public. Follet has never been seen again and remains missing. Many theories revolve around the idea of foul play or suicide because of her marital issues. Since her body has never been found, neither theory has ever been proven correct.[2]

Bierce had a prolific writing career spanning decades, earning him much respect in life and posthumously. His disappearance left behind many theories and mysteries about the man who shaped American literature with his short stories, journalism, poetry, and criticism.

Bierce was last seen in 1913 on his way to Mexico, presumably to cover the Mexican Revolution for a story. There are few known truths surrounding Bierce’s disappearance. The last known correspondence he had with a family member included a sense of impending mortality in which he referred to possibly getting killed by armies in Mexico. Scholars indicate this is the most plausible theory, given the danger he risked walking into a civil war (5). But no physical evidence or sighting confirmation has ever been given, leaving his disappearance a part of his final legacy.[3]

The Disappearance of Connie Converse (UNSOLVED)

Though not a traditional author like others on this list, Connie Converse still put words to paper to share with the world. She was a songwriter who tried to start her music career in New York during the 1950s. She achieved little success in her lifetime, despite her pioneering work in the singer-songwriter genre. She dropped her music career after a decade, moving to Michigan to be near her family. In 1974, after feeling increasingly depressed over time, she left ominous notes to her family indicating that she intended to disappear and start a new life.

The last reported sighting claimed she simply packed up her car and drove away. Her family never found out what happened after she disappeared. There is the theory that she committed suicide because of her ongoing battle with depression. Another theory is that she really did start a new life somewhere. Though the end of her career and known life was tragic, her music experienced a revival in the 2000s with a reissued early album. Connie’s music, life, and disappearance have continued to influence other artists and songwriters to this day.[4] 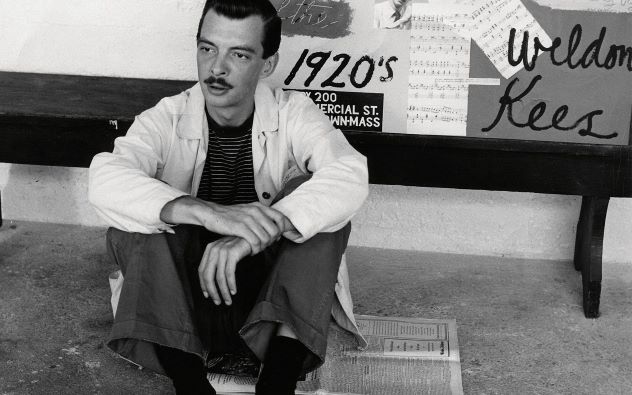 Walden Kees was a poet and film critic who had published several collections of poetry, and his last book was published in 1954. A year after his final poetry publication, Kees vanished. Police found his abandoned car with the keys still in the ignition with no clues about what happened to the writer. He confided with various friends about suicidal thoughts or the possibility of starting a new life in Mexico before his disappearance. But there have been no confirmed clues or sightings, leaving police with no leads on the case.

Some of his work was published posthumously, and other authors continued to praise his work. Though he made a name for himself through his poetry while alive, his disappearance continues to fascinate new and old readers of his work.[5]

Before World War 2, the popular German novelist Keun wrote about subjects that the Nazi party denounced. Because of this opposition, Keun had to leave Germany. She lived abroad in France and the Netherlands until a newspaper published in 1940 reported that she had died.

But Keun was not actually dead and instead forged papers to return to Germany to see her parents. Her level of involvement in the publication of her fake death remains a mystery, as do much of the details of her assuming a new identity to return to Germany.

She lived basically unknown until she died, a big contrast to the fame she achieved early in her career. Because of her choice to remain publicly dead, much of the details about her disappearance and life after 1940 remain unclear.[6]

Antoine was known for his fiction and poetry and also as a military pilot. His adventurous aviation career would supply inspiration for his literary career. Sadly, his last novel, The Little Prince, would be published posthumously in his native France. In 1944, he set off on what would be his final mission heading over the coast of France. He never returned.

The most likely theory was that his plane was shot down by the enemy. However, no wreckage could be located to confirm this theory until 60 years later, when the plane was found off the southern coast of France. The exact circumstances leading to the crash can still not be determined.[7]

Acosta was a writer, attorney, and activist for the Chicano movement, which pushed back against the discrimination many Mexican-Americans faced in the 1960s and 1970s. He published two somewhat controversial novels in his lifetime. He was also well known for his friendship with fellow writer Hunter S. Thompson, even becoming immortalized as a character inspiration in Thompson’s Fear and Loathing in Las Vegas. They remained friends until his disappearance in Mexico in 1974 (11).

Thompson continued to look into his death, even giving his own theories about what may have happened—but without any concrete answers. Many theories throughout the years about his disappearance have been given, including drugs and assassination for his political activism. However, none have ever been proven.[8]

Northup was born in 1807 as a free man in New York. He is well known for his book Twelve Years a Slave, based on his experience of being kidnapped and sold into slavery. Northup was eventually legally freed and returned to his family in New York. With the help of people back home, he was able to prove his freedom.

Public speaking events and extensive activism made Northup a public figure in America during his life. However, even after all of this publicity, the circumstances of his later life and death remain unknown. It is suspected that he joined the Underground Railroad, where he helped enslaved people escape.[9]

The famous author’s last moments in 1854 are surrounded by mystery. A week before his death, Poe was supposed to leave Richmond for work in Philadelphia and then on to meet his aunt in New York before returning to Virginia. However, he never made it to either city. He was found semi-conscious in Baltimore, delirious and unable to account for his weeklong disappearance.

Many theories exist, including alcohol use, illness, and even foul play. However, all of these explanations are solely speculations, and his disappearance during this time has never been fully explained. Because of the dark subject matter of his writing career, the mystery of his disappearance and subsequent death has fascinated and baffled readers of the author, an apparent case of life imitating art.[1]