With the recent suspected poisoning of former Russian spy Sergei Skripal along with his daughter, Yulia, the death of former Russian intelligence agent Alexander Litvinenko has come back into the spotlight. After all, current events appear to be unfolding in a very similar way to the eventual death of Litvinenko over a decade ago in 2006.

It is still too early to know if this recent case is indeed an assassination attempt by Russian authorities. Or perhaps it was an attempt to “frame” them by other parties for other movties. Regardless, the details surrounding the death of Litvinenko aren’t only darkly interesting, but they may prove to be only one in a list of similar, and perhaps still to come, untimely deaths. 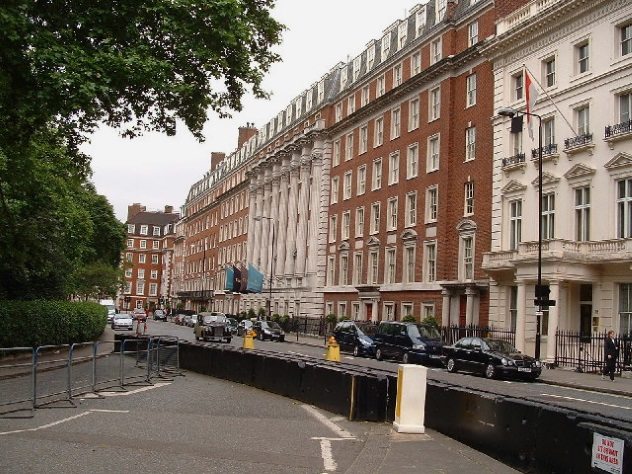 On the day he first became ill, November 1, 2006, Alexander Litvinenko attended a prearranged meeting with two former members of the KGB, Andrei Lugovoy and Dmitry Kovtun.[1] This would take place at the Pine Bar in the Millennium Hotel in Mayfair, London. Shortly afterward, while dining with a friend, Mario Scaramella, Litvinenko began to experience intense nausea and even the loss of the use of his legs. Knowing something was wrong, he would enter a London hospital, where severe burns in his throat were indicative of poisoning of some kind.

While we will look at it in more detail a little later, evidence at the scene of the meeting with Lugovoy and Kovtun would suggest a poison was administered in the Pine Bar. Although it is not entirely clear why the meeting had taken place, Lugovoy had known Litvinenko since the 1990s and had worked “advising” Russian investors interested in the United Kingdom. Furthermore, the eventually successful attempt on Litvinenko’s life by the agents was not the first. Investigations would reveal that they had attempted to murder him previously during a meeting in a casino boardroom by lacing a glass of water with polonium. On that occasion, Litvinenko declined the drink. 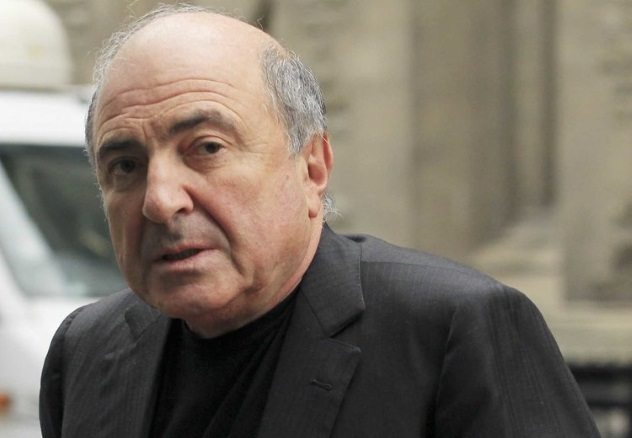 A person connected to both Litvinenko and Lugovoy was Boris Berezovsky, a Russian oligarch who also found refuge in the United Kingdom and had even sponsored Lugovoy upon his arrival.[2] Litvinenko had crossed paths with Berezovsky during his time working for the FSB (Russian Intelligence following the “demise” of the KGB) and would claim that he received orders from his Russian superiors to murder the billionaire. When he refused and even told of the dark commands to the world’s press, he was fired and would ultimately seek sanctuary in the United Kingdom.

Berezovsky was the target of several assassination attempts, one of which was uncovered and documented by the BBC’s Newsnight program in 2008. He would, at least according to the official report, take his own life in March 2013, although many believed the circumstances surrounding his death to be suspicious at best and criticized the sheer quickness with which the verdict of suicide was reached. 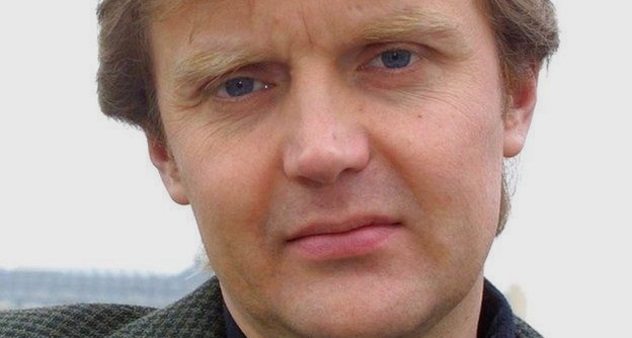 Following his resettlement in the UK, Litvinenko launched several blistering attacks on the Russian regime and Vladimir Putin—among them accusations of organizing several false flag events for political gain. He did this in regular articles and Internet blogs, as well as in his book, Blowing Up Russia: Terror from Within.

Specifically, Litvinenko pointed to various bombings in apartment blocks in 1999.[3] He was sentenced in absentia to three and a half years in prison following the claims, officially for “corruption.”

He would also claim the hostage situation in 2002 in a Moscow theater which ended in bloodshed when authorities stormed the building was a false flag, and he laid the Beslan school massacre in 2004 at the feet of the Russian authorities. He even made claims that Putin and other high-ranking Russian officials were involved in the trafficking and smuggling of drugs. According to Litvinenko, all of these deadly situations and activities were planned, organized, and carried out by those loyal to Vladimir Putin. 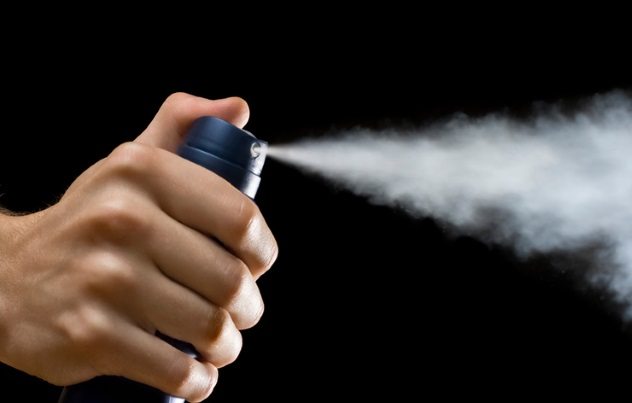 A lot of information about the meeting attended by Litvinenko that fateful November day would come from the manager of Pine Bar, who we will look at in more detail shortly. Perhaps the most eye-opening detail, and certainly one that would aid intelligence in the future, was the detection of a liquid residue on the wall behind where Litvinenko was sitting.

This would prove to be polonium (which we will look at later) and suggested that the poison, at least in part, had been administered through some kind of aerosol device, possibly under the guise of something else.

Such “radioactive aerosol devices” have been utilized in intelligence circles and result in a “large collective dose.”[4] Assuming the poison was sprayed into the teapot, this collective dose would have been contained within. At the time he died, Litvinenko had almost 100 times the lethal dose of polonium in his system.

6 The Chilling Words Of Sergey Abeltsev 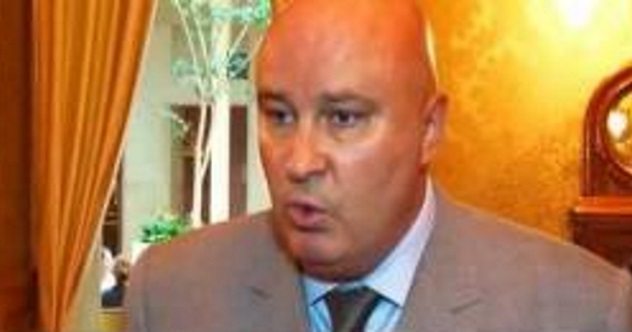 It is perhaps easy to see why people would automatically think Russia had been involved in the death of Litvinenko, even if all they had to go on was the words of Russian representative Sergey Abeltsev. Following the announcement of Litvinenko’s death, Abeltsev would state, in no uncertain terms, that, “The deserved punishment reached the traitor.” Furthermore, he would state it was his sincere hope that “this terrible death will be a serious warning to traitors of all colors.”

Perhaps most chilling were Abeltsev’s comments for Boris Berezovsky, especially given that he would die in what some believe to be suspicious circumstances seven years later. Abeltsev said, “In Russia, we do not pardon treachery. I would recommend citizen Berezovsky to avoid any food at the commemoration for his accomplice Litvinenko.”[5] Whether Abeltsev was merely voicing his own personal opinions or whether the words were a genuine warning is open to interpretation. 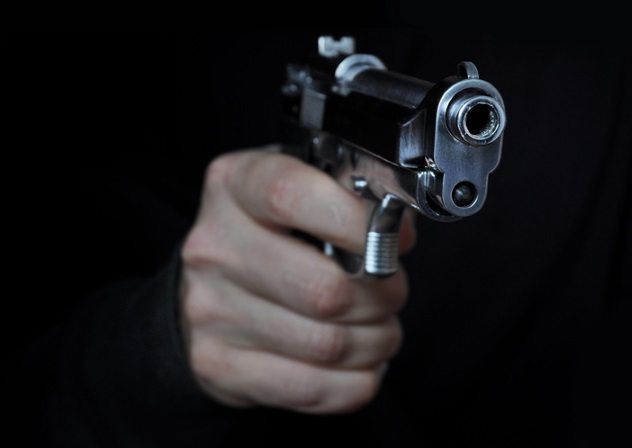 Abeltsev’s words would take on an even darker tone when US analyst Paul Joyal declared on television that he believed the death of Litvinenko was down to Russian intelligence, who he believed had carried out a “professional assassination” in order to “silence its critics.” Joyal would also go on to remind his audience that Litvinenko was investigating the death of journalist Anna Politkovskaya, who was highly critical of Vladimir Putin. We will look more at her a little later.

Joyal stated that, in his opinion and expertise, “A message has been communicated to anyone who wants to speak out against the Kremlin: ‘If you do, no matter who you are, where you are, we will find you, and we will silence you—in the most horrible way possible.’ ” Shortly after voicing this view, whether or not it was pure coincidence, he was shot outside his Maryland home and severely injured.[6] 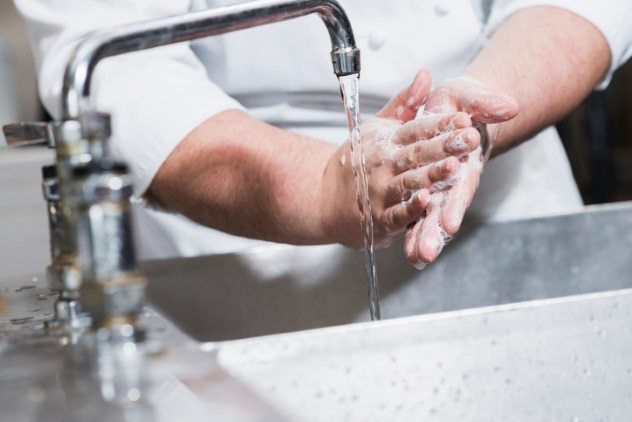 It was Noberto Andrade, the manager of the Pine Bar where Litvinenko and the two former KGB agents met, who first noticed strange goings-on.[7] He would claim to have found a “gooey, yellow” substance left in the bottom of the teapot the men had been using. Not suspecting anything untoward at the time, he scooped the substance out and flushed it down the sink. Only pure luck prevented Andrade from accidentally placing his fingers near his mouth. He was, however, quite sick for several weeks afterward with a severe throat infection and temperature. Quite ominously, doctors would also inform him that his likelihood of getting cancer later in life had increased.

Following the Pine Bar being a place of interest, Andrade unwittingly offered investigators a little insight into how the aforementioned aerosol device may have been used. The manager remembered a little bit of commotion shortly after the drinks arrived at their table. It is theorized this was likely a staged diversion to draw Litvinenko’s attention away from the table, during which time, the aerosol was utilized to place the poison in the teapot.

Incidentally, the substance was also found in the pipes, dishwasher, and sinks of the Pine Bar. 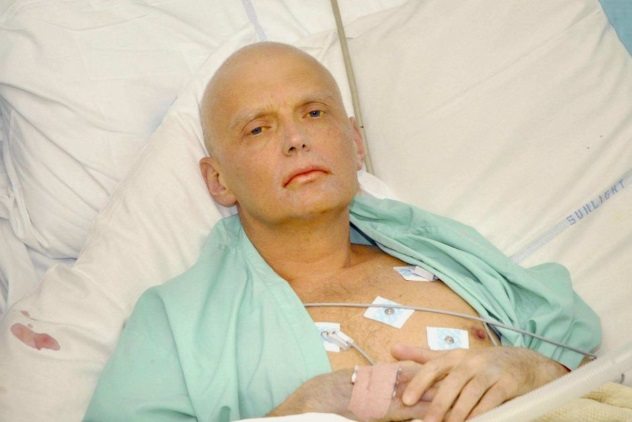 The poison in question was eventually revealed to be polonium-210.[8] Investigators would trace the deadly substance to both of the agents who had met with Litvinenko in November 2006. Further investigations would reveal it had originated from a nuclear power plant in Ozersk in Russia.

After publicly offering their proof, the UK government would request that Lugovoy be extradited from Russia in order to stand trial for the murder of Alexander Litvinenko, which the Russians flatly refused. The second agent, Dmitry Kovtun, was in Germany at this time and was under investigation from the German authorities due to suspicion of smuggling plutonium. The UK authorities would wait for the German investigation to come to a close before requesting his extradition. However, by 2009, the potential charges had mysteriously vanished, and Kovtun was safely back in Russia.

Incidentally, Lugovoy would speak publicly from Russia in 2007, stating that he didn’t kill Litvinenko but also adding with no regret that, “He was a British spy.”

2 The Murder Of Anna Politkovskaya 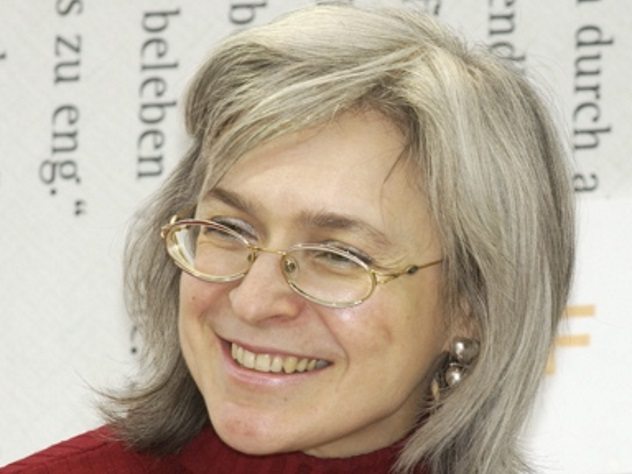 Only a month before the poisoning of Litvinenko, respected Russian journalist and Putin critic Anna Politkovskaya was shot to death as she left an elevator in the reception area of the apartment block where she lived. Her death had all the hallmarks of a contract killing, and her family and colleagues were convinced that was what happened.

She had received numerous death threats following her many articles that were highly critical of Vladimir Putin as well as the Chechen wars, a subject on which she wrote several books.[9] Perhaps it was her book Putin’s Russia that may have been the final straw, in which she made many of the same statements that Litvinenko had made previously.

Incidentally, three Chechens would eventually be arrested for the murder and found not guilty. However, the Russian authorities ordered a retrial, eventually striking a deal with former policeman Dmitry Pavliutchenkov, who was sentenced to 11 years in prison for the murder in return for “exchanged evidence” for a lenient sentence. Five other men were also sentenced for their involvement in the killing in 2014. Many remain suspicious of the sentences, believing them to be a convenient “drawing of the line” under the authority’s involvement of Politkovskaya’s death. 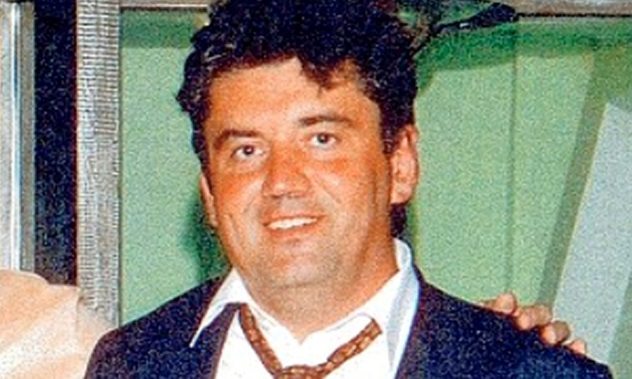 While there is no direct and specific connection to the Litvinenko case, the death of a Russian businessman, Alexander Perepilichnyy, shares some similarities, not least the fact that Perepilichnyy had ended up in the United Kingdom after disclosing alleged secret documents that put many high-ranking Russian officials at the center of a grand fraud conspiracy.[10] He would collapse and die while jogging in 2012, and due to his background, many people would urge the UK government to investigate his death despite it being ruled an unfortunate and sudden heart attack.

By early 2017, calls were growing for a second and fully transparent investigation to be conducted, with evidence offered to the court suggesting that Perepilichnyy may have been poisoned. It also came to light that in the months prior to his death, and following his claims linking Russian officials to fraud, he was assisting a private investment firm into their investigations into money-laundering activities involving Russian suspects to the tune of over $230 million.

Read about more deaths with questions surrounding them on 10 Grim Facts And Conspiracies Surrounding The Death Of Max Spiers and Top 10 Facts About The Death Of Seth Rich.