Most of us know and understand the general idea of alien abduction and what it might entail. It usually includes being taken from your car on a lonely road or even from your bed and then transported into a hovering flying saucer in a bizarre and intense light, for example.

However, from the many accounts on record, it is possible to build up a checklist of sorts. And should you suddenly find yourself experiencing any or all of these, you might want to pay attention. Just maybe, you might have already been an unknowing victim of alien abduction. What follows, then, are ten apparent telltale signs that you may have received visits from life from another planet. So, with paranoia reigning high, let’s get to it.

Related: 10 Bizarre Encounters With The Craziest Aliens Ever

“Missing Time In Emporia | UFO In The Valley” | Paranormal Stories

Perhaps the biggest indicator of alien abduction is the sudden realization of missing time. These windows can last from a few minutes to up to several hours.

Quite often, those suffering from these disturbing episodes turn to hypnotic regression to unlock these repressed memories. Incidentally, the use of such techniques divides opinion, even in the UFO community. Many skeptics suggest that the results achieved under hypnosis are unreliable. Some even claim they are simply cases of the witness being led by the person performing the session. We should also note, though, that many others believe hypnotic regression to be very credible. What’s more, it is used often for various reasons outside of UFO circles.

Obviously, the longer the amount of time a person can’t account for, the more unnerved they feel. That edginess then turns to constant anxiety. And that is where we will turn our attention next.[1] 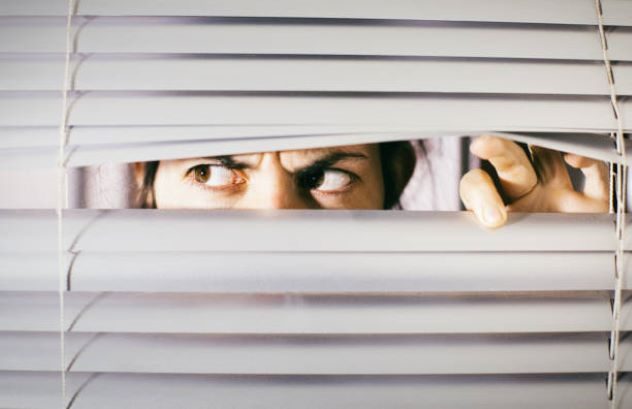 A sudden feeling of anxiety is often recalled by people who discover they have been abducted by aliens. What’s more, this panicked state often results in other issues. For example, many have a sudden feeling of having to be ready to go on the run at any moment. They don’t, however, know who or what they are running from. Or why.

It is perhaps worth noting one of the most famous cases of alien abduction—the Betty and Barney Hill case. Before regression revealed their encounters, they would speak of how they would suddenly begin keeping a packed bag by their door. This was ready to load into their car should they need to make a quick getaway. From what, however, they didn’t know.

Again, such sudden anxiety can develop for a whole host of reasons that have nothing to do with alien abduction. However, when experienced with one or more of the other points on our list, it is perhaps worth taking note of them.[2]

8 Hearing Strange Noises While Going in and out of Sleep 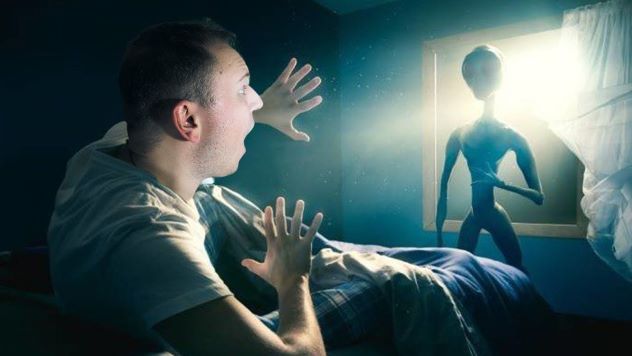 Many paranormal researchers suggest that the moments when a person is going into and coming out of sleep are of importance. This is, some claim, when they, or perhaps their mind, are most open to unknown energies that surround us. Many abductees have reported hearing the chatter and whispers of these strange entities during this time. These little-understood moments, even today, are the subject of debate.

As far as alien abductions are concerned, though, some researchers believe these sounds are actually the last memories of the conscious mind. Perhaps it was recalling the beginning or the end of an alien abduction incident. For example, many people report hearing a strange machine-like buzzing during these moments. Might these sounds be of a genuine alien aircraft?

Other sounds include metallic tapping noises. And perhaps most unsettling, the constant sound of strange voices speaking an equally strange language. Such notions are nothing more than speculation. However, many who claim alien abduction often mention such details. And that means we surely can’t ignore it completely.[3]

7 The Appearance of Unusual Markings on the Body

I Think I Was Abducted By Aliens

Perhaps as much as missing time, another alleged clear indicator of alien abduction is the sudden appearance of strange markings. These are often red dots or squares and usually are regularly spaced on the body. As if from a purposely designed template.

What’s more, these markings are often in particular patterns and not simply a mark or bruise. Indeed, the markings are very similar to “branding.” Most often, these marks fade after several days.

Might these bizarre dots, squares, circles, and a whole host of other shapes be physical proof of an alien encounter? If we accept the many people who have made such claims are genuine, then it is certainly an area of intrigue. And a detail that can’t be dismissed without further study.

Incidentally, these strange markings often result in the discovery of strange pieces of metal buried within the abductee’s body. We will come back to this point shortly.[4] 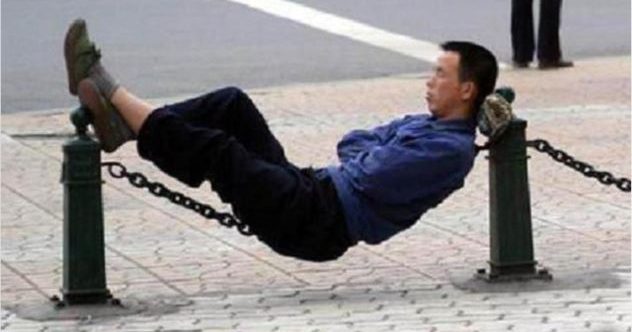 Many people sleepwalk. And they do so for a variety of reasons. However, many of those who make claims of alien abduction also claim that they often wake up in a different room of their house. And what’s more, they are often unclothed or redressed in their clothes, but in a chaotic order. As if they had been dressed by someone who had little idea of how such clothes should be worn.

Even stranger, the apparent abductee often wakes to find dirt or soil on their feet. Or even with cuts or scratches to their legs or arms. Similar to marking they may receive from walking outside while being ill-dressed to do so.

There could be many reasons for these strange accounts. However, once more, when combined with some of the other points on our list, they just might be a concern to some. Perhaps especially if they are experienced alongside the details of our next stop.[5] 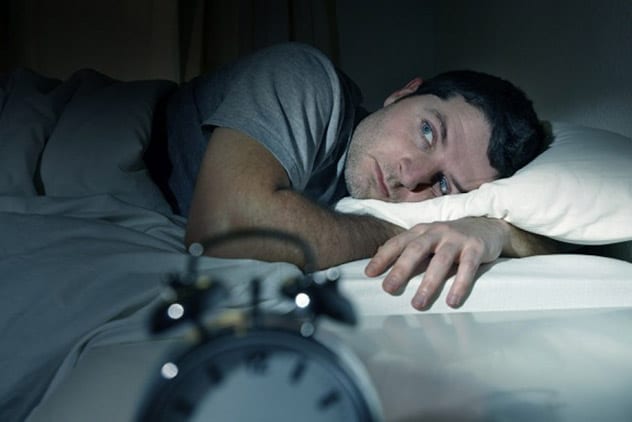 Everyone has a nightmare from time to time. In fact, it would be quite strange if we were not to have a frightening dream every now and then. However, many people who claim to be abductees also claim to begin having extremely intense night terrors.

In fact, so bad are these dreams that they usually lead to a state of insomnia. According to the many files on the subject, these nightmares usually feature a creature with “large eyes.” More intriguing, many witnesses claim that owls haunt these strange and intense dreams. We should note that some researchers liken the owl’s image to a confused sighting of a grey alien.

With this in mind, it is perhaps easy to see why people who make such claims often exhibit other traits such as paranoia. Even if these events are only in their own minds, they most often lead to the drained state they will find themselves in. This, as ironic as it might be, most often harms their credibility in the eyes of the wider public.[6] 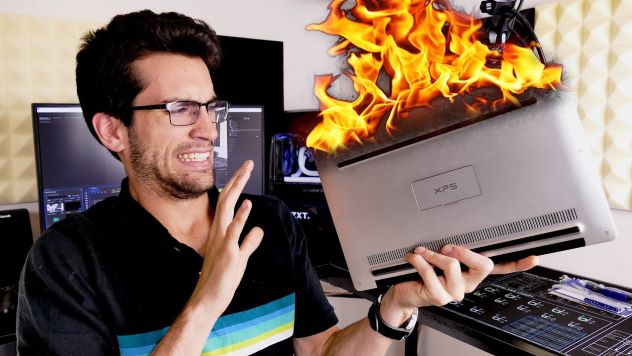 Another point of intrigue is that many alien abductees often witness electronic equipment acting strangely when they are near. And these can be anything from small devices such as alarm clocks to televisions and computers. In more extreme cases, these electronic shortages result in small fires.

In some cases, abductees claim higher electric bills begin to arrive out of nowhere. As if they were somehow draining the power system at their homes. In most cases, a reason for such high usage escapes the energy providers.

Perhaps even stranger, many abductees who report such problems also report having a strange and constant buzzing in their ears. Quite often, this buzzing takes place when a device might be acting strangely. Might this suggest a link between the two? Perhaps some kind of release of electrical energy from the abductee and the respective electrical equipment.

There are repeated examples of this type of activity in the files of UFO and alien investigators. Particularly those who focus on the claims of alien abduction.[7]

The link between paranormal activity and alien abduction is stronger than many people might think. Perhaps one of the strangest of these ghostly encounters is the claims of abductees seeing shadow people in and around the home.

These shadow people are so called as they are nothing but a black body-shaped figure. And even more unnerving, they are seen only from the corner of the person’s eye. And only then for a very brief time.

Could these be alien entities moving around a person’s home? Maybe using unknown (to us) cloaking technology? Or might alien abduction be more of a paranormal experience than a cosmic one? Even more intriguing, other paranormal encounters are also reported by abductees. These include such chilling incidents as fast-forming fogs or mists out of nowhere.

These claims might be easy to dismiss. That is if it wasn’t for the several people who have managed to capture such strange entities in photographs. Or better still, after having set up CCTV (remember the constant anxiety), they have spotted these shadowy forms moving across the screen.[8]

2 A Sudden Development of Psychic and Telepathic Ability 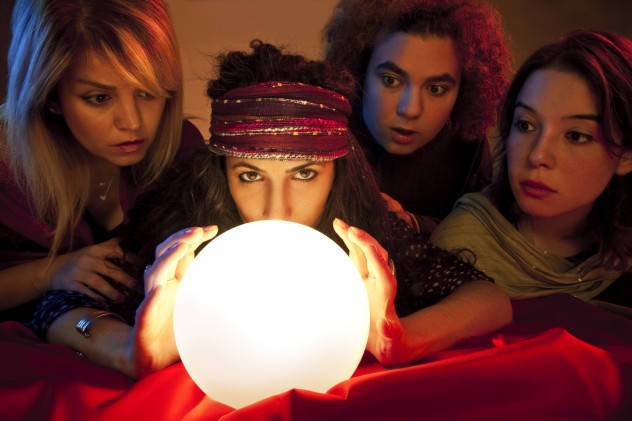 Perhaps one of the strangest signs of alien abduction is a sudden ability to foresee future events. And in some cases, even the ability to use telepathy. There are various theories as to why this might be. Not least that such strange events might result in channels opening in the brain that have previously been shut off. Whether that event was real or imagined, it would appear, is not an important factor.

As well as these psychic abilities, many people also speak of a sudden awareness of the world around them. Others, similarly, mention that they have a sudden understanding of the powers of the universe.

Could close contact with these alien creatures, even if only imagined, result in the opening of these channels in the human mind? And is this simply a result of such an encounter? Or might it be a purposeful act? And if so, why would aliens wish for us to have the use of such powers?[9]

Perhaps one of the biggest signs of alien abduction is the discovery of strange pieces of metallic or stone-like material inside the body. These implants are often found during visits to a dentist or when receiving treatment for another medical condition. In some instances, these strange implants simply fall out of a person’s body, during a nosebleed, for example. Most people attempt to preserve such implants for testing. However, even more bizarrely, these devices often simply melt away into nothing.

Why they are placed into some people, and by whom, remains unknown. It would appear they are some kind of tag. Indeed, many people who come to realize they are a victim of alien abduction also realize that such events have happened over many years. Sometimes even in different locations as the person moves around during their lives. Perhaps of all of our points, implants might be the most definitive and solid proof of a truly bizarre incident.[10]