Most of the household items that fill your shelves were designed by a team of corporate marketers and testers who tweaked the original idea into the product you see. But what if we’d let these things stay true to the vision of their inventors? If we did, we’d be using these products for some very weird things.

10 Start Each Day By Eating A Spoonful of Vaseline 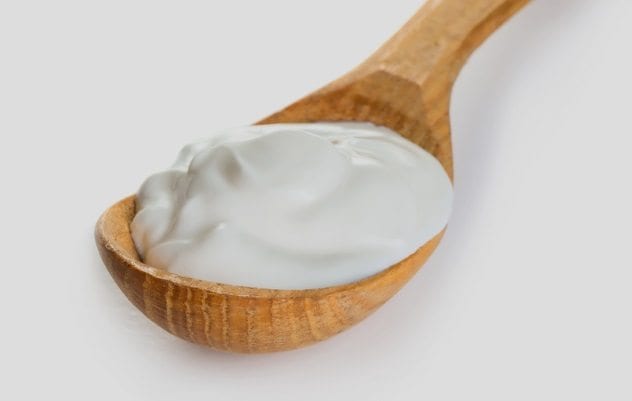 If you’re using Vaseline on just your skin, you’re missing out. The creator had some different ideas. He wanted people to eat it.

Vaseline has a weird history. It came into the world when some oil workers were scrubbing a weird, gooey residue off of their drills and thought to themselves, “What if we rubbed this stuff all over our bodies?” A man named Robert Chesebrough saw them doing it and figured they were on to something. Soon, he was traveling around the country, burning his skin with acid and rubbing the wound with petroleum jelly before a delighted crowd.

Chesebrough didn’t stop there. He insisted that eating a spoonful of Vaseline each day would ensure health, long life, and vitality. All modern science suggests that’s insane and that eating Vaseline is actually terrible for you, but to be fair, Chesebrough lived to be 96 years old. 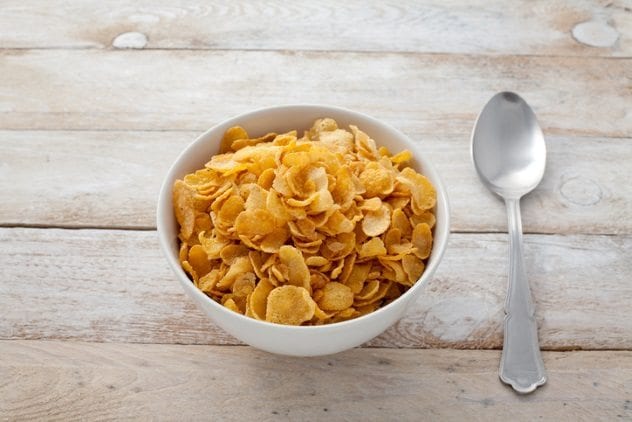 Before they made cereal, John and Will Kellogg owned a sanitarium. Major celebrities from around the US would visit the Kelloggs and let the brothers purify their bodies. The brothers, though, were strict Seventh-day Adventists, and they had some unusual ideas about how to purify their clients.

He tried to sell it as a breakfast cereal, too, hoping to make a generation of kids all around the world bored of sex. Hardly anyone bought his abstinence flakes, though, until his brother Will bought him out and added sugar, a sex craze–inducing ingredient which infuriated John so much that he sued. 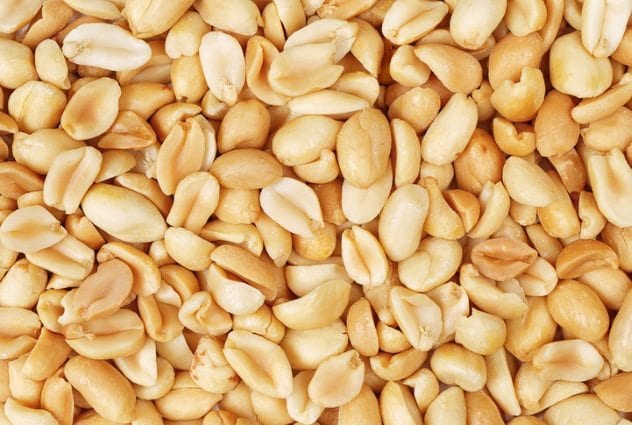 Lucky Charms weren’t always a bright, colorful, marshmallow-filled treat. They started with the vision of one man, John Holahan, who worked for General Mills. He wanted to give kids a dish he was sure they would love: peanuts floating in milk. He experimented by chopping up circus peanuts and dumping them into a bowl of Cheerios. Thrilled with the result, he rushed into the office the next day and insisted that this needed to be their next breakfast cereal.

The company agreed, with one caveat: They wanted to replace all of Holahan’s ideas with different, better ones. Brainstorming with marketing swapped the peanuts with marshmallows, cut into shapes modeled after the charm bracelet craze that they were sure wasn’t going to be completely forgotten within a year.

Lucky Charms was a smash success, which had more to do with the colorful marshmallows than Holahan’s ideas. 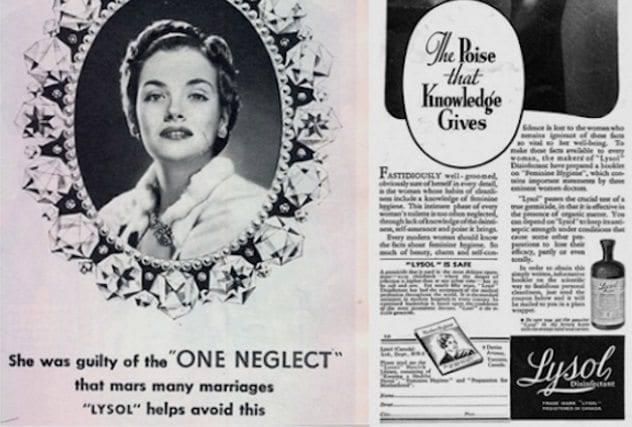 Photo via The Society Pages

Lysol was once used for something entirely different than cleaning counters. When the company started, Lysol ads showed smiling women declaring, “I use Lysol always for douching.” It gets weirder: “Douching” was just a euphemism; these women were using Lysol as a form of birth control.

Lysol couldn’t directly tell women that it would keep them from getting pregnant, but they made it pretty clear. They posted ads that warned women of “intimate neglect.” They would spread stories with titles like “How I lost my husband” that showed a woman saying that, when her husband cheated, “[she] was really to blame.”

It didn’t work particularly well. Lysol wasn’t an effective contraceptive, and it actually killed people. By 1911, women spraying Lysol on themselves had already led to 193 reported cases of Lysol poisoning and five deaths.

6 The Finest US Homes Are Wallpapered In Bubble Wrap 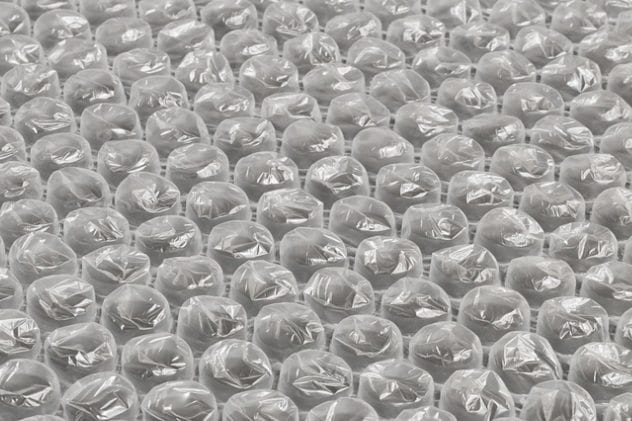 Bubble wrap was never supposed to be relegated to mail packaging; it was supposed to be a high-class home accessory. When it was invented in 1957, it was intended as a 3-D wallpaper. Alfred W. Fielding and Marc Chavannes sealed two shower curtains together, allowed air bubbles to remain between them, and tried to sell them to wealthy people as soft, cushiony papering for their walls.

Nobody bought it. Americans didn’t want walls made out of bubble wrap, so Fielding and Chavannes tried selling it as greenhouse insulation, instead. It took until the 1960s before bubble wrap finally found its purpose in packing boxes.

5 Your Child’s Favorite Drink Started As An Alcoholic Mixer 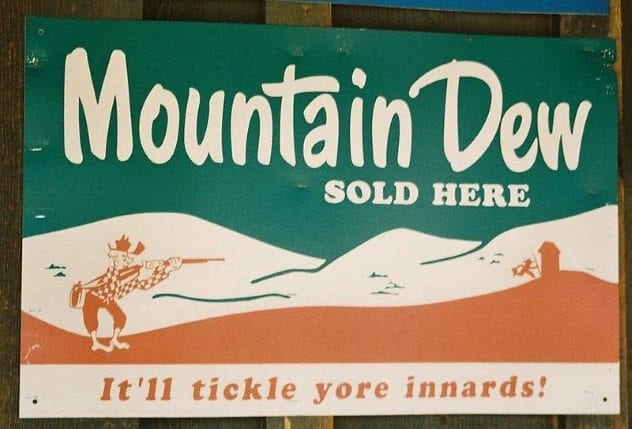 There’s a good chance the beverages you feed your kids for a treat were never meant for kids at all. As it turns out, a lot of popular drinks started off as alcoholic mixers.

Mountain Dew, for example, was originally meant to be consumed with whiskey. When it came out, it was sold as a mixer, designed to be served with whiskey as a cocktail that was bit like a whiskey sour. They even used a hillbilly moonshiner as their mascot and named themselves after a liquor. “Mountain dew” was Appalachian slang for “moonshine.”

Sprite started off the same way, being sold as an extra tart mixer for whiskey. The first milkshakes were loaded with whiskey, too. The first mention of one, written in 1885, describes milkshakes as an “eggnog type of drink, with eggs, whiskey, etc., served as a tonic as well as a treat.” 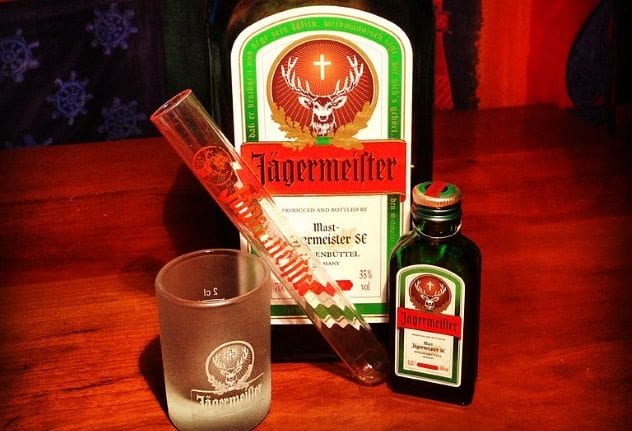 There was a time when Jagermeister wasn’t synonymous with college frat parties. Before the liquor found its niche, it was sold as a medicine, and the target market was middle-aged German men. When Jagermeister got its start in 1934, the ads focused on its medicinal ingredients. Men were encouraged to take a small glass of Jagermeister after meals to calm digestion and to take a shot when ill to suppress coughing.

It didn’t sell very well, so in the 1970s, they changed gears. Jagermeister realized that people liked alcohol more than ginseng and started using team sponsorships and college ads to target a youth market. Pretty soon, the cough medicine was being advertised by half-naked women shooting liquor into men’s mouths with a spray gun.

The drink sold far better when they advertised it as a way to get drunk. Every now and then, someone still makes the unwittingly apropos observation that, “This stuff tastes like cough medicine.” 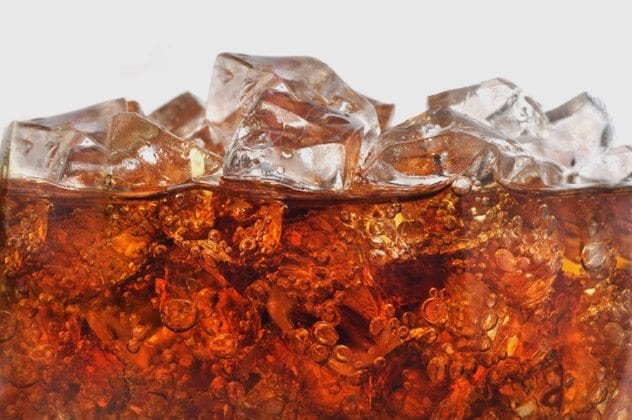 Before it was the world’s most popular soft drink, Coca-Cola was a medication developed by John Pemberton, a pharmacist and soldier who was wounded in the Civil War. Pemberton’s wound led to a heavy morphine addiction, with which he constantly struggled. He had a breakthrough when he heard about a bold new medication people were using to wean themselves off opiates: wine mixed with cocaine.

Pemberton tried to make his own cocaine-wine mix. When a lab assistant accidentally added some carbonated water to the drink, he tasted it and realized he had a hit in his hand. For some reason, everyone who tasted his concoction of carbonated wine and cocaine just wanted more. Pemberton sold his drink and advertised it as a cure for almost everything, including being “a most wonderful invigorator of sexual organs.”

Changing government regulations eventually forced Pemberton to filter the wine and cocaine out. Today, if you ever see a man with a bottle of wine in one hand, a can of coke in the other, and a rolled-up dollar bill up his nose, you’re seeing a man enjoying the refreshing taste of Coca-Cola—the way it was intended. 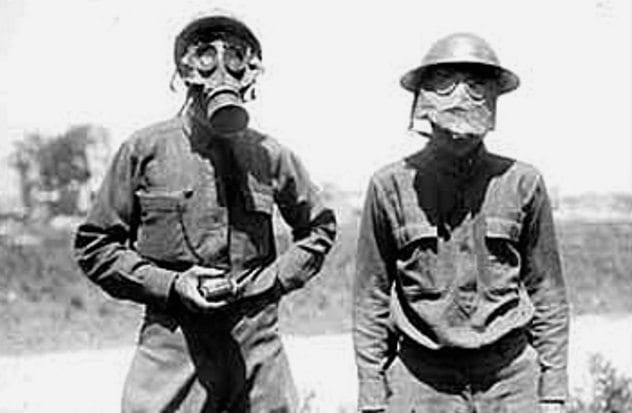 Before it was called “Kleenex,” the tissue we know today was nothing more than an invention no one was sure what to do with. They already had a catchy, marketable name—“creped cellulose wadding”—but they just weren’t sure how it could be applied.

When World War I started, though, it became clear how their new product was destined to be used: in gas masks. Kimberly-Clark earned a contract with the US military, lining their gas masks with tissue to protect US soldiers from mustard gas.

The war gave them a big market. They could even sell excess paper as dressing for wounds. When it ended, they had to come up with something else, so the product became “Kleenex” and was sold for the incredibly specific purpose of cleaning off cold cream. That broadened in time, and today, Kleenex is used for almost everything but what it was made for. 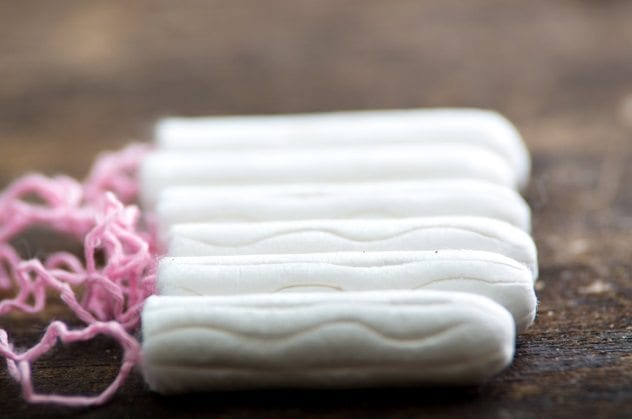 Women weren’t always the only people wearing tampons; they used to go hand-in-hand with military service. There was a time when a good military medic wouldn’t be caught dead without a tampon on hand. In the 18th century, medical books encouraged first responders to keep tampons on hand to plug bullet wounds.

By World War II, Tampax themselves were making military dressings for the Army. They were sending the men standard-issue bandages, not women’s hygiene products, but that didn’t mean men weren’t using their main product. There are confirmed records of soldiers using tampons to stanch wounds.