Readers can find loads of great fantasy and science fiction book series out there; no one can deny that. From the timeless epic The Lord of the Rings trilogy to the more youthful style of the Harry Potter novels, there is a multitude of options from which readers can choose. However, the vast selection can be overwhelming, and, seriously—some of these options are not for the faint of heart and require quite a significant time commitment just to reach the end of the story.

Take, for example, The Wheel of Time books by Robert Jordan. The series spans fourteen volumes, some of which come close to 1000 pages! You can see how someone might get bogged down along the way… or even before they start. For those readers who love fantasy, adventure, and science fiction stories but maybe don’t want to commit to a lengthy series, here are ten shorter (and some very underrated) but no less exceptional choices to add to your list. They are not arranged in any particular order.

Related: Top 10 Fantasy Places That Would Suck In Real Life 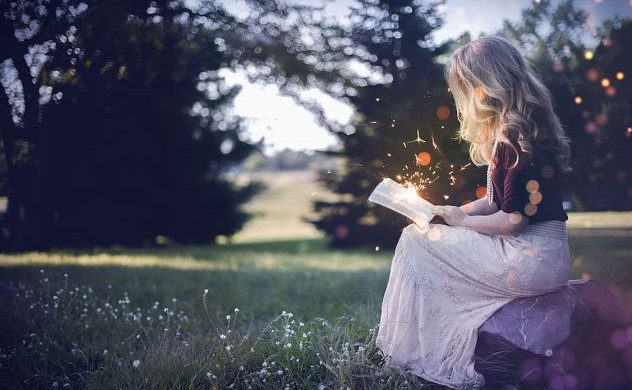 In this gem of a novel, young Countess Meliara and her brother Branaric must do everything in their power to free the country from the reign of a tyrannical king, as was the dying wish of their father. A courageous yet unpolished Meliara must learn to fight both on the battlefield and in the courtroom, where discernment and tact are of the utmost importance. Magic, mystery, and romance are prevalent throughout.

Crown Duel was initially published as two shorter novels, Crown Duel and Court Duel, but was later condensed into a solitary work known as Crown Duel. Though it is technically classified as young adult fiction, it is a great read for adults and has a similar feel to Mistborn by Brandon Sanderson, though the plot may not be as complex as it’s a shorter book and not a series.[1]

Where Should I Start With Your Books?

Speaking of Brandon Sanderson, a famed award-winning author of several epic fantasy series, including the Mistborn saga, he wrote Elantris as a standalone novel, and it is quite an extraordinary one. It was Sanderson’s first published work.

It tells the tale of the once glorious and magical city, Elantris, that holds a dark secret. Now, Princess Sarene, after a change in her status when Prince Raoden of Arelon, her betrothed, is reported to be dead, must protect the capital from corruption and the presence of evil. Full of intrigue and secrecy, this book is sure to captivate fantasy and sci-fi lovers, especially those who are already Sanderson fans.[2]

8 The Rope Trick by Lloyd Alexander

From the author of the famous Prydain Chronicles comes the story of Lidi, a young and talented magician who travels with her teacher and father figure named Jericho. As they travel and perform their magic, they meet others who eventually join their troupe, including the handsome fugitive Julian.

Lidi’s cruel and abusive father once told her she was “best at nothing.” This inspires her to seek out Ferramondo, the master of the Rope Trick—which is even said by some to be impossible. This enchanting and utterly charming tale told in the classic, timeless fashion of Lloyd Alexander is absolutely worth reading for young adults and above.[3]

7 The Supernaturalist by Eoin Colfer

Cosmo Hill is a fourteen-year-old orphan who manages to escape the confines of the Clarissa Frayne Institute for Parentally Challenged Boys, an establishment that uses its adolescent occupants as human guinea pigs. In this cyberpunk science fiction novel set in futuristic Satellite City, Cosmo meets a group of teenagers who call themselves the Supernaturalists and joins their gang after they save his life.

In this world, it is revealed that near-death experiences or traumatic events will allow someone to see strange blue creatures, nicknamed Parasites, that appear to drain the life force of their dying victims. The mission of the Supernaturalists is to rid the world of the Parasites, saving as many people from them as possible. The author of the popular Artemis Fowl series creates another compelling narrative with charisma similar to that of the Matrix.[4]

6 The Hobbit by J.R.R. Tolkien

An oldie but a goodie, The Hobbit is one book that everyone should read at least once in their lifetime. Along with The Lord of the Rings trilogy, it remains one of the best-selling novels of all time, and well deservedly. Bilbo Baggins is a hobbit of the beautiful and quiet Shire where no one ever has any adventures, and they like it that way. He is enlisted by a wizard named Gandalf the Grey to be a burglar for a company of dwarves led by Thorin Oakenshield, who seek to reclaim their homeland on the Lonely Mountain and defeat the monstrous dragon, Smaug, who lords over it.

Along their journey, they encounter trolls, goblins, and elves, among other perils, and Bilbo discovers a mysterious and powerful ring. This timeless classic that has been captivating audiences of all ages for decades is well worth taking the time to dig into.[5]

Interview with Naomi Novik on “Uprooted”

Winner of the Nebula Award for best novel in 2015, Uprooted is the enchanting Grimms fairy-tale-esque story of Agnieszka, a girl who lives in her peaceful village next to the dark Wood tainted with evil. A magician called the Dragon protects them from the corruption, but he requires a dreadfully high price to be paid in return for his services.

Every ten years, he takes a young woman from the village to be in service to him. Assuming—as everyone has—that the Dragon will take her beautiful friend Kasia, Agnieszka is completely unprepared for what happens next. When she is chosen instead of Kasia, she realizes it is because of her aptitude for magic. This magical and mysterious tale is a notable candidate that may just become one of your new favorite fairy tales.[6]

4 Year of the Reaper by Makiia Lucier

Year Of The Reaper by Makiia Lucier is CHAOS personified | thatfictionlife

From the refreshing new author, Makiia Lucier, comes the enthralling tale of Cassia, a young lord of Oliveras. A war has been raging between Oliveras and the neighboring enemy kingdom of Brisa for fifty long years. In the thick of the chaos, a deadly plague rears its ugly head, taking countless victims as the Princess Jehan of Brisa makes the journey to marry King Rayan of Oliveras so that the war may finally come to an end. Three years later, Lord Cassia makes his own journey home after enduring many hardships, enslaved in a Brisan prison. Upon his arrival home, Cas and historian Lena, sister to the king, begin to uncover a plot to assassinate those closest to the king and queen.

Full of mystery, intrigue, and unexpected twists, this book will surely have you spellbound from start to finish. The authentic and relatable characters, especially Cas with his complicated past, are a tremendous part of what makes this story brilliant.[7]

3 Watership Down by Richard Adams

Humanity through a Rabbit’s Eyes

An endearing classic and beloved by readers of all ages, Watership Down is one of the best-selling books of all time and the winner of the Carnegie Medal and Guardian Award. This 1972 book, written by British author Richard Adams, tells the tale of a warren of rabbits faced with the approaching human development of their home.

Fiver is a peculiar rabbit with the strange ability to see events that will happen in the future. Upon his undeniable feeling that their warren is in danger, he and Hazel warn their chief and companions about the impending destruction, but most of them do not listen. A handful of rabbits join them in their flight to find safety, unknowingly leaving the rest behind to meet their deaths in a tragic incident. The brave little band of rabbits makes their way across the countryside, meeting various dangers and learning to fend for themselves until they reach a place to make their home.

Realizing that there are no females among them, they search the surrounding area and find that there are many in a neighboring warren who are being forcefully kept there by the savage General Woundwort. They hatch a plan to break them out that will require all of them to bravely work together, along with their newfound friend Kehaar, a black-headed gull. The novel is interspersed with their own rabbit folk tales, which make a delightful and entertaining addition.[8]

The Last Unicorn: Why Must You Always Speak In Riddles?

Perhaps one of the most fascinating and unique fantasy stories of all time is the story of a unicorn and her mission to save her kind. Worried that she may be the last of the unicorns, she sets out to discover the truth for herself and learns that other unicorns may have been taken away by the Red Bull. Along the way, she is captured by a witch named Mommy Fortuna and her traveling carnival.

Interestingly, humans seem to no longer recognize the unicorn for what she is, thinking she is just a horse. She escapes with the help of a magician named Schmendrick, who can see what she truly is. They are joined by Molly Grue, a woman devoted to saving unicorns, and come to King Haggard’s castle, where the Red Bull lives and where they believe the other unicorns have been locked away. This bewitching and original tale filled with a plethora of different magical creatures is one worth reading again and again.[9]

Sanderson is such a legendary author that two of his novels have made it to this list. His second standalone novel tells the story of Princesses Vivenna and Siri of Idris. Vivenna is to fulfill a treaty negotiated before she was born, to marry the God King—ruler of a rival kingdom.

Despite this, King Dedelin decides to send her younger sister Siri in her place. What ensues is the uncovering of a conspiracy that could threaten the safety of Idris, despite the treaty. Full of strong female characters, magic, and mystery, Warbreaker is an adventure you won’t want to miss.[10]