What would be your ideal place to live?

For some, it would be an idyllic village. For others, a futuristic city. From utopian kingdoms to secluded Rousseauian wildernesses, many of us have an idea of what our perfect environment would be.

You don’t have to go crazy on the fantasy front. Even imagining that you own and operate the nicest restaurant with a beautifully designed apartment upstairs could be the highest ideal for some aspiring chefs. In real life, however, utopian ideals always lead to hell on Earth. Here are 10 fantasy places from film, TV, literature, and video games that would suck hard if you had to live there. 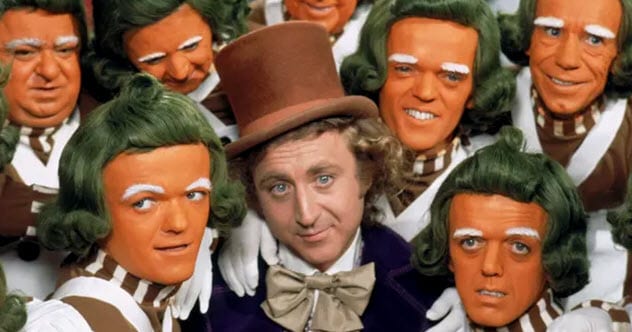 The new manager cowered behind the statue of the place’s founder. He sniffed it and, smelling raspberries, took a lick. “Nougat” he thought. “What a genius.” Then, from the corridors beyond the barricaded door, he heard a terrible sound:

With a song in their hearts, freedom in their souls, and sharpened caramel-mixing paddles in their hands, it was time for the Oompa-Loompas to remove the last obstacle that lay before their path to emancipation.”

Sooner or later, if you’re given the keys to this place, they’ll come for you. Or if you’re a crazed sociopath with enough firepower to enforce your rule over these unfortunate orange-faced elves, then what do you get at the end of it all? A damned chocolate factory!

9 The Shire
Eventually, You’ll Be Defeated 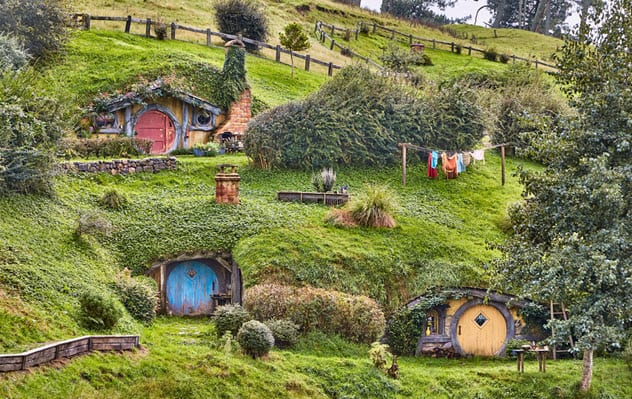 You’re 106.7 centimeters tall (3’6″). Everyone you know is around the same height. You are part of an agrarian society that hates adventure and abhors violence. Your land is a bucolic nirvana that is chock-full of natural resources.

Horse-riding warriors double your height who just defeated an evil demigod with a magical ring. You nearly became enslaved by an already defeated wizard whose powers were massively depleted. How will your people stand up to an increasingly powerful empire with no immediate threats and a need to expand for resources?

You can only hope for an influx of like-minded little people from a similarly oppressive situation to seek refuge in the Shire. Then you’ll band together and send ambassadors to Rohan and Gondor to sign a nonaggression pact while training your growing population for some kind of sabotage-based, asymmetric, guerrilla strategy for the eventual invasion.

Is this going to be the birth of a hobbit–Oompa-Loompa coalition? Are these two universes about to combine? We sure hope not.[2]

8 The County Of Midsomer
The Perfect Rural English County . . . Make Sure You’re Armed 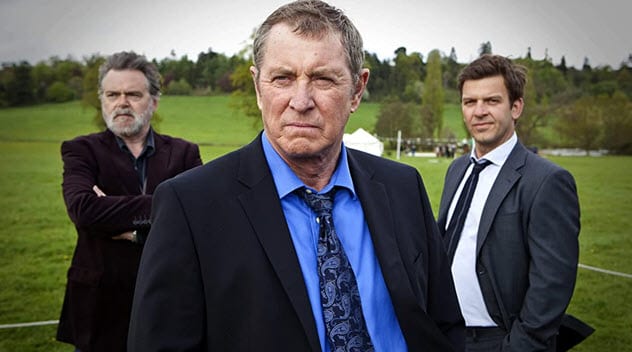 The Shire was J.R.R. Tolkien’s idealized version of the “Home Counties” of England translated to a high fantasy setting. The county of Midsomer from the long-running ITV show Midsomer Murders does a similar thing by placing this fictional, idealized area in a far more temporal setting.

The place is nearly perfect with its pretty little villages filled with beautiful floral displays, quaint cottages, bicycles, and tweed-clad, friendly locals with their 4×4 vehicles that never exceed 48 kilometers per hour (30 mph). But the county holds a dark secret. The murder rate gives the Mexican drug capitals of Tijuana and Juarez a run for their money.[3]

With at least 369 murders, 87 attempted murders, and a host of other deaths (such as escaping killers falling into quarries, suicides . . . y’know, normal countryside stuff), this county may not be the best place to settle down. It is less than a two-hour commute to London, though. 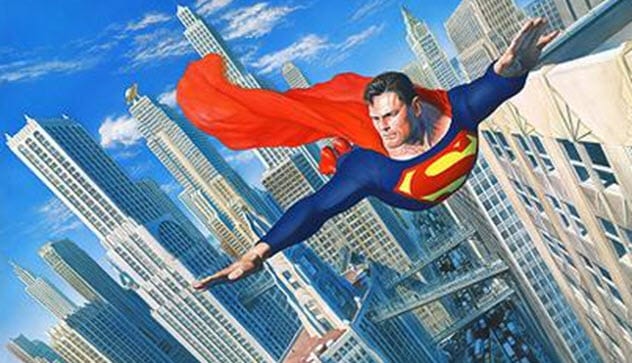 You’re being mugged by a group of ne’er-do-wells. They’re just about to grab the antique pocket watch your dead father gave you. Then BANG, the sound barrier is broken above you. Dropping from the clouds, Superman swoops down to save the day.

If you will, imagine now the hundreds more instances where Superman is otherwise occupied (say, fighting General Zod). “Where’s your hero now?”[4]

Put aside the fact that Superman is not omniscient, doesn’t have godlike judgment, and may get coerced into a life of utilitarian-inspired totalitarianism by charismatic evildoers and kill 99 percent of mankind. If you live in Metropolis, you live right next door to Gotham City, the worst city in the world!

The crime rates are always going to be high, especially when gentrification hits East Gotham and all the costumed supervillains band together to rent a two-bedroom brownstone over the river in Metropolis.

6 The Hall Of Valhalla
The Scariest Waiting Game 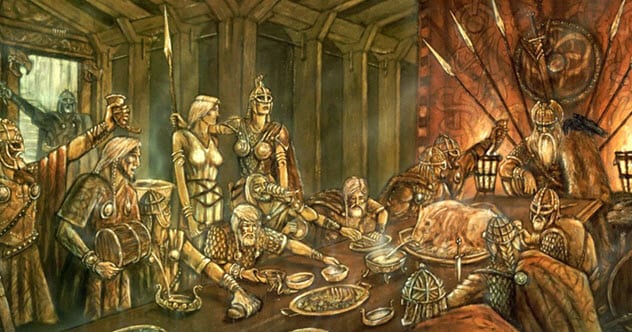 Let us consider that the afterlife, the gods, and the whole universe are exactly as the ancient Norse peoples imagined them to be. Ragnarok—the all-consuming, world-ending battle where you and your puny spear will be going toe-to-toe with a whole host of monsters—sounds like a terrible event.

Do you think that Fenrir, the giant wolf and child of Loki, will wait peacefully for his scrap with Odin (a battle he is going to win, by the way)? Nah, he’s going to want to fill his belly with some tasty entrails first. Guess how your entrails taste? Fenrir wants to find out.

Now, have you ever sat in a hospital waiting room in anticipation of test results? It’s a waking nightmare. Valhalla is like waiting for a test result that you know in advance will be positive because bloody Ragnarok is inevitable! You’ll be waiting in a glorified convention center for that day to come.[5]

But don’t fret too much. There will be free legs of mutton and horns of mead for you to enjoy. This ensures that you’ll be fat and drunk when the giant Midgard Serpent is ready to bite your head off.

5 Shangri-La
Utopia Near The Death Zone 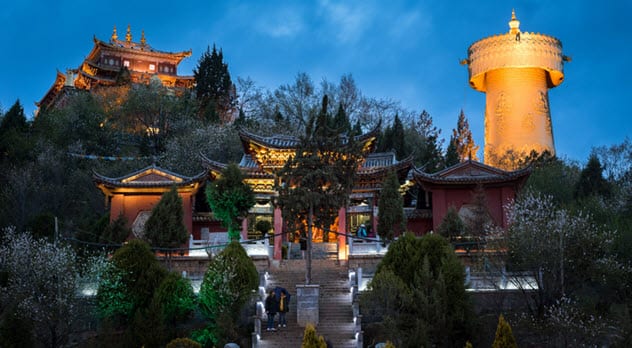 This paradisal community from James Hilton’s 1933 novel Lost Horizon is great if you’re from there. He placed this magical city high in the Kunlun Mountains in Tibet.

Much like other idealized places such as El Dorado (the city of gold), the Garden of Eden, or Atlantis (before it sank), Shangri-La has all the hallmarks of Heaven on Earth: plentiful food, total harmony, and long-living denizens who are always happy.[6]

But what if you wanted to visit?

If you ever go to the city of Quito in Ecuador, you’ll get a taste of what we’re about to outline. Much like the fictional Shangri-La, Quito is beautiful and full of healthy people and gorgeous architecture. It is a delight to wander around and take in the sights . . . if you grew up somewhere that’s a few thousand feet above sea level.

However, if you grew up below the clouds like most humans, you’ll most likely need to take a seat and catch your breath every few yards. You may even develop altitude sickness and need hospitalization.

Don’t worry, though, there are plenty of coca leaves to consume. This helps to stave off altitude sickness and boost your energy. In Quito, that is. There are no coca plants in Central Asia.

Shangri-La would be an amazing place to behold until you ran out of oxygen tanks. Then you either adapt or die. Still, future travelers could use you as a way marker like some unfortunate dead climbers on Mount Everest.

4 Hogwarts School Of Witchcraft And Wizardry
The No. 1 Target For Attack By Powerful Terrorists 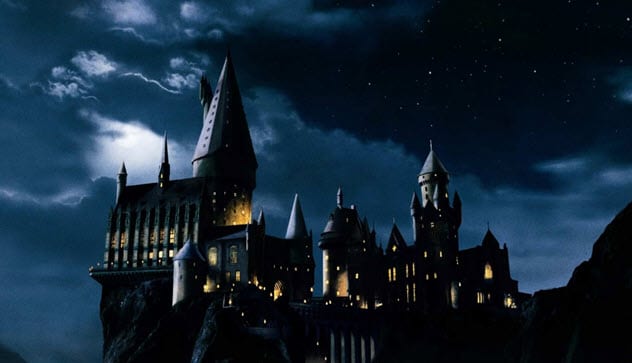 For a long while, the notion of a small group of ideologically possessed individuals attacking unassuming citizens was considered the primary threat facing mankind. Many people may still feel this way. Tourist spots, industrial plants, financial centers, and the halls of national governments are the usual targets for these evil terrorist groups.

In J.K. Rowling’s Harry Potter universe, a boarding school is often a primary target. Those “terrorists” use magic. So, why would you send your kids there, wizards?[7] 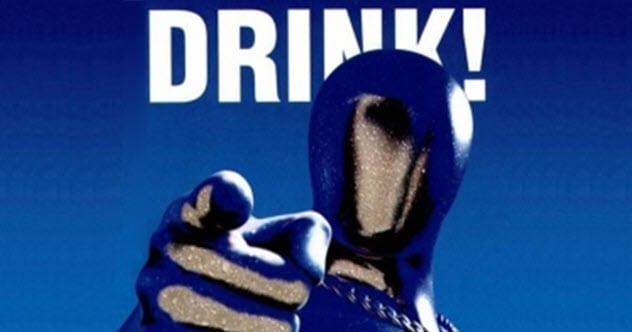 If Superman turned evil, that would be awful. Now imagine that he worked for Pepsi and wanted to found a corporate dictatorship across the US or maybe the world? That seems to be the suggested result of the 1999 PlayStation game Pepsiman.

Playing as the eponymous superhero, you navigate your way through tricky, Crash Bandicoot–style levels to help thirsty people get their fix of this sugary soda. The final level is in “Pepsi City,” which we can conclude is a whole city owned and operated by PepsiCo, Inc. Wait, what?

If Pepsiman is from Pepsi City and Pepsi owns them both, what would be next?

Judging by the scary, fascistic promo for the game, it would be to take over the mainland US and place the nation under the dominance of Pepsi. Fancy a Coke? That’ll be 10 years in the hall of reeducation for you! Sponsored by Pepsi. Drink![8]

2 Brigadoon
See You Next Century 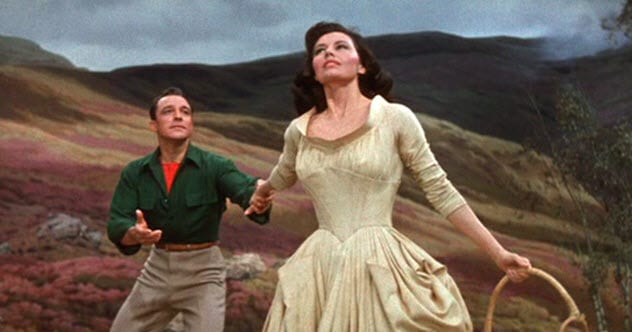 Brigadoon is at the center of a romantic Scottish legend. A small village in the Highlands fell to a terrible curse. The locals made a deal with Almighty God to save their souls. The village, along with all its inhabitants, would remain hidden from the world and only emerge from its invisibility for a single day every 100 years.

This day is a time for great celebration because Brigadoon can be visited by outsiders. The catch? None of the villagers can leave. If anyone does venture outside the village boundary, the whole place and all the villagers will disappear forever.[9]

In the legend, the place is meant to be awesome. So, why would you want to leave?

Let’s think about this. What if an outsider—posing as a happy tourist who wants to experience this once-in-a-lifetime phenomenon—grabs Mrs. MacLeod, the baker’s wife, ties her in a body bag, and drags her outside the village? Everyone in Brigadoon is gone. So, where would they go?

Given the deal the villagers struck with God, there are two options—Purgatory or Hell. If it’s Purgatory, they’ll eventually get to Heaven. So, why do they stay in Brigadoon?

It must be Hell. Imagine living in a community that remains frozen in some in-between, timeless state for 100 years at a time. Then it’s subject to the whim of some feckless tourists whose bad behavior could result in your whole community being consigned to damnation for eternity. No thanks.

1 Sunnydale, California
Nice Weather, A Zoo, A Museum, Disneyland Nearby, And An Adjacent Portal To Hell 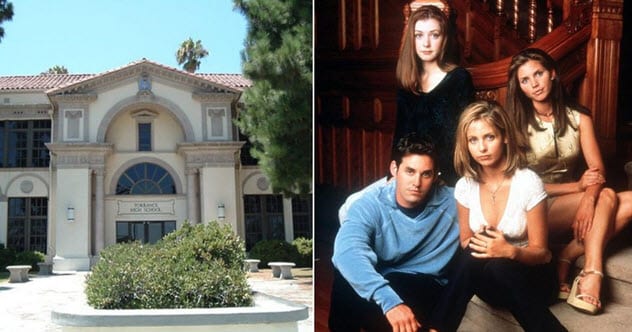 California is a state with loads of beautiful communities. Any sane person would sell his right kidney to live in one of these places. Claremont, Solvang, and Hillsborough all seem like the perfect place to live. Yes, Los Angeles and San Francisco have their homelessness and poop-related issues. But if you have enough cash, wouldn’t you want to live in Beverly Hills or Nob Hill?

Well, the small, pleasant, fictional city of Sunnydale could be high on any such list, nestled between Claremont and Hillsborough. The only issue with Sunnydale? You’ll be living next door to a portal to a monster-filled alternate reality . . . that’s leaking.[10]

It’s okay, though, because you’ll have a heroine in your midst. A teenage girl named Buffy . . . Shoot, you should have moved to Solvang. Who doesn’t like chocolate?

About The Author: C.J. Phillips is a storyteller, actor, and writer living in rural West Wales. He is a little obsessed with lists.