People don’t normally visit tourist attractions with the idea that they’ll see a ghost or spot something paranormal. But sometimes, the spirits born of tragedies long forgotten cling to the realm of the living, peeking over walls and hiding behind trees. On this list are ten unexpectedly creepy places that offer both a glance into the past as well as some goosebump-inducing tales.

Related: 10 Real-Life Ghost Ships No One Can Explain

Belle, the world’s first monument erected to honor workers in the oldest profession, demands that sex workers around the world must be respected. She stands in a public square in the infamous red-light district in Amsterdam after being unveiled in 2007. Belle, however, is often only an afterthought to those who want to explore De Wallen.

But sometimes tourists find something completely different from the expected tapping sounds on the windows. Bloedstraat (which translates to Blood Street) falls within the De Wallen area, and it was here that prisoners were once executed. Their blood trickled down from Nieuwmarkt into the canal (hence the name Bloedstraat). A Franciscan monastery stood not far from this street and was the location of the 16th-century Blood Trials, where political rebels were executed. The ghosts of the murdered rebels are said to roam Bloedstraat in the dead of night, still seeking their revenge.[1]

Disney World Ghost Stories from A Past Cast Member

Disney World is “The Most Magical Place on Earth” and the place that most tourists dream of visiting once they land in the USA. Since 2022 happens to be Disney World’s 50th anniversary, the theme park employees are making every effort to impress in its 18-month-long celebration ending in March 2023.

But even this magical place has a dark side.

There are rumors of ghosts wandering around several attractions, including the Pirates of the Caribbean ride, where a construction worker named George is believed to have died during the building process. Those who work the ride have taken to acknowledging George’s ghost by greeting him every morning and evening to prevent him from shutting down the ride or making prank calls from the empty control room.[2]

It’s not an overstatement to say that Nevis island is one of the most beautiful in the world. It lies in the Caribbean Sea and forms part of the Leeward Islands chain connected to the West Indies. Nevis contains a volcano at its center and was named Oualie (Land of Beautiful Waters) by the Kalinago.

But even a place as stunning as this popular vacation spot isn’t free of ghosts. It is believed that in 1822, Julia Huggins was preparing to get married when her groom-to-be and his best man challenged each other to a duel. Both of the men died, and the heartbroken Julia retreated to the Eden Brown Estate in Whitehall on the windward side of Nevis and became a recluse. She died there, and to this day, locals report hearing her sobbing and screaming late at night.[3]

7 The Cliffs of Moher

The 8.7-mile-long (14-kilometer) Cliffs of Moher extend to a height of 700 feet (214 meters) just north of O’Brien’s Tower, which was built near the midpoint of the cliffs in 1835. This tourist attraction is one of the most visited in Ireland and has appeared in several movies, including

It is also the setting for several creepy myths and legends, including the story of the corpse-eating eel that ventured into the cemetery near the village of Liscannor to find corpses to feed on. The Irish saint, Macreehy, killed the eel, and now two stones on the cliffs that are only visible during low tide are believed to mark the saint’s bed.

It is also at the cliffs that a witch named Mal allegedly fell in love with Cu Chulainn, but he didn’t feel the same way about her. Cu Chulainn began dodging Mal, but she followed him everywhere. She tracked him down at the mouth of the Shannon River, south of the cliffs, and Cu Chulainn immediately jumped to an island called Diarmuid and Grainne’s Rock. Mal jumped too, aided by a gust of wind, causing Cu Chulainn to jump back to the cliffs. Mal then tried to jump back, but the wind had died down, and she fell onto the rocks. Her blood seeped downward, staining the bay. The rocks where Mal died are now known as Hag’s Head and can still be seen today.[4]

If you’re planning on visiting the Great Smokies, you should set aside time to visit Elkmont—an abandoned ghost town that once housed a booming logging and resort community. This former mountain resort has sat empty for many years, but some visitors have reported seeing the flitting ghosts of railmen and loggers in and around the preserved cabins.

Then there is the little ghost girl of LeConte Lodge who appears at the foot of guests’ beds at 3:33 am, standing and staring at them silently before disappearing.[5] 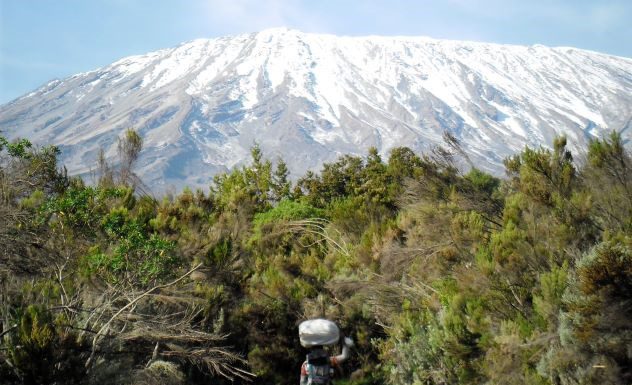 In Tanzania stands Africa’s tallest mountain—Kilimanjaro. It is also the highest single free-standing mountain above sea level in the world and contains three volcanic cones. Even with its glaciers and ice fields shrinking at an alarming rate, it remains a huge tourist draw as it is a prominent hiking and climbing destination.

The Chaga people of Tanzania believe that two realms await the dead. These realms are marked by two gates that stand where “sky and Earth join.” According to Chaga legend, one gate leads to paradise while the other leads “to the ghosts.” The ghosts are in the underworld, which can be reached through a hole in the ground. Also, according to this legend, the realms of both paradise and the underworld can be found on Kilimanjaro.

The Chaga people live in the foothills of Kilimanjaro and believe that just as the ghosts of the underworld can influence what happens on Earth, so can world events influence the ghosts.[6]

If you haven’t visited the breathtaking Antelope Canyon in Arizona, you’ve probably seen it in a Britney Spears music video. The canyon has been shaped over millions of years of erosion and gets its name from the pronghorn antelope that once inhabited the area. Antelope Canyon is any photographer’s dream and makes for spectacular images all year round.

The most expensive photograph ever sold features the canyon in shades of black and white, with light spilling over the dust and sand pouring into the slot opening. When observing the image closely, there seems to be a ghostly figure “manifesting” inside the beam of light. Photographer Peter Lik sold his photo, which he aptly named “Phantom,” for a mindblowing $6.5 million.[7]

Australia’s Rottnest Island: History AND the Cutest Animal Ever

Rottnest Island in Western Australia is where you will find the happiest animals in the world—quokkas, as well as impressive beaches, aquamarine water perfect for diving, and walking trails that are great for taking in the views.

If the island is on your bucket list, you should sleep with one eye open once you get there, however, considering the place was cursed in 2010 by Indigenous Elders. The curse was intended to bring “endless misfortune” upon tourists and authorities alike following a dispute between the Rottnest Island Authority and the Wadjemup Bus Tour operated by Noongar Elder Noel Nannup.

And as if a curse weren’t enough, Rottnest Lodge is said to house two ghosts as well. Both of the apparitions were women and suffered a tragedy in life that seemingly still echoes in their afterlife.[8]

South Africa’s largest naval base is located in Simon’s Town in the Western Cape. It has served as a harbor and naval base for more than 200 years, and Simon’s Town itself is one of the country’s oldest settlements. There is a lot of history here, and apparently a lot of ghosts too.

One of these infamous ghosts can be found inside a painting in the Simon’s Town Museum. The young woman inside the painting apparently makes those who look at her feel extremely uncomfortable, and any traditional photos taken of the painting cannot be developed. Smartphone photographs are just a blur. The town offers a “ghost walk” tour that takes tourists past Café Pescado, the Lord Nelson Inn, and a host of other historical buildings. One of these buildings, Admiralty House, is said to be the stomping grounds of the ghost of a woman with brown hair. Also, oddly enough, at a naval residence known as Ibeka, the ghost of a man sitting on a toilet has been seen as well.[9] 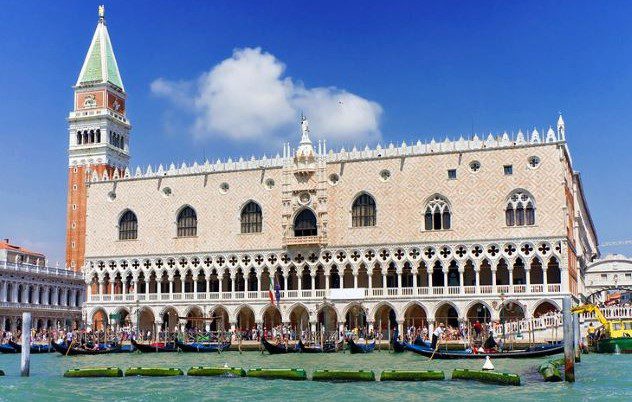 The City of Canals is world-famous for its gondola rides, bridges, and the San Marco bell tower. Also, Venice is sinking by around 2mm each year, and if that wasn’t bad enough, its population is shrinking by at least 1,000 people yearly. The initial mass exodus happened in 1966 when a massive flood saw Venetians fleeing to Mestre. As a result, experts believe that Venice will be a ghost town by 2030.

Venice is also the location where several eerie ghost sightings have taken place. One of these reported sightings has been tied to the story of a nobleman named Loredan who fell in love with the Doge’s niece in the 16th century. He eventually married the woman but, over time, became so possessive and jealous of her that he beheaded her in front of the Doge. The Doge ordered Loredan to pick up and carry the corpse of his wife to the pope in Rome to beg for forgiveness. Upon his arrival, the pope refused to meet with Loredan, who then decided to carry his wife’s corpse all the way back to Venice, where he promptly drowned himself in the lagoon.

To this day, tourists and locals report seeing the ghost of Loredan emerging from the water in the Grand Canal, still clutching the head of his dead wife.[10]

10 Executioners Who Got A Creepy Jolt From Their Jobs