Few things are as tragic as a parent losing a child. Kids represent everything good and hopeful about society and the future as families cherish the innocence and exploration of childhood. But sadly, some children are ripped from that stage too early. These ten young people met tragic ends they didn’t deserve. And decades later, their families still have never received justice or closure.

On a November evening in 1954, Carolyn Wasilewski left home to meet a classmate and sign up for her school’s winter dance. The 14-year-old never made it to her friend’s Baltimore home. During what should have been a short, safe walk through the Morrell Park neighborhood, she vanished. An all-night search ensued, but it was unsuccessful. The next day, a train conductor found Carolyn’s body on a set of railroad tracks. Detectives determined she was killed late the night before. Her cause of death was a skull fracture.

Police later discovered Carolyn’s blood and some personal possessions in a vacant field on the other side of town. She had been murdered there and dumped on the tracks after midnight once the final train departed. Baltimore cops questioned hundreds of suspects. They focused upon one man, but as they closed in, he hanged himself. When cops found his body in a city rail yard, they saw he died with a view of the very field where Carolyn was killed. While police suspected him to be Carolyn’s killer, the link was never proven. Carolyn’s memory lived on, though: years later, her murder loosely inspired the film Cry-Baby.[1]

The Coldest Case Ever Solved

Seven-year-old Maria Ridulph was playing with a friend outside her Illinois home one evening in December 1957. As the girls enjoyed the snow, a man named Johnny walked up and asked if they wanted piggyback rides. They said yes, and Maria took her turn as her friend ran home to put on mittens. When the other girl returned, Maria and Johnny were nowhere to be found. Police searched high and low but never found Ridulph. They suspected “Johnny” to be John Tessier, a local man who was previously caught trying to abduct a child. Tessier’s parents provided an alibi for him, though. Six months later, Maria’s body was found 100 miles away. By then, the case had gone cold.

In 1993, Tessier’s mother recanted her alibi and claimed John was responsible for the little girl’s death. It took 15 more years for police to reopen the case, but they did. In a 2012 trial, John (now going by the name Jack Daniel McCullough) was found guilty and sentenced to life in prison. Four years later, though, Illinois prosecutors reviewing his appeal found Tessier to be innocent, and a judge threw out the conviction. John filed lawsuits against the police and won more than $750,000 for his wrongful incarceration. After all that, Maria’s murder remains unsolved.[2] 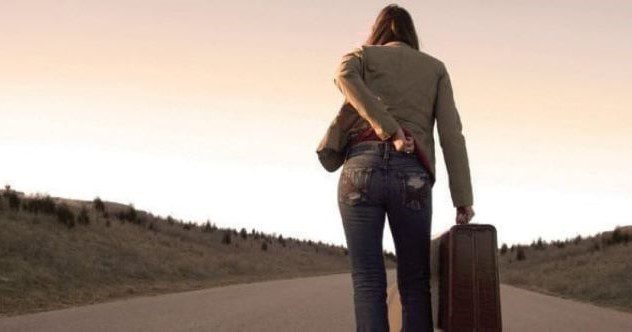 At 11:00 pm on the night of May 20, 1957, a police officer in the small town of West Point, Virginia, saw Elsie Mae Roane on the side of a street. The 16-year-old was carrying two suitcases and walking to an unknown destination. She lived with her adoptive father, who worked the night shift for a local company. When he got home the next morning, Elsie was gone. But she was always gone when he got home: she was supposed to be at school. He didn’t realize she had disappeared until hours later when she didn’t return from class.

Cops were confused from the start. Other than the late-night sighting, nobody had seen or heard from Elsie. The suitcases were a mystery too. Neither the police nor her father could figure out where she was going so late at night. Six decades later, in 2015, police interviewed a man who grew up with Elsie in West Point. Authorities never brought charges against him, though, and the case remains cold to this day.[3]

Where is Billy Jones? Mystery continues for NJ boy who vanished in 1962

Billy Jones was just three years old when he disappeared from the backyard of his home in Vineland, New Jersey. On the afternoon of December 17, 1962, he and his two-year-old sister were playing outside with the family’s puppy. Their mother watched from a window inside the house when she stepped away to check on the family’s newborn baby. In that brief instant, Billy vanished.

His sister, now outside alone, was holding a plastic flower. She told her mother that a man had given it to her before leaving with the boy. A frantic search of the neighborhood didn’t turn up any trace of Billy. The police fared no better in a citywide dragnet. Neither Jones nor the unidentified man who kidnapped him was ever found. Decades later, Billy’s disappearance remains the oldest unsolved case involving a child in New Jersey.[4]

The Bizarre Disappearance of Reed Jeppson

Reed Taylor Jeppson was having a normal Sunday on October 12, 1964. The 15-year-old and his family went to church in their hometown of Salt Lake City, Utah. When the teen returned home, he fed his two beloved dogs. He was training the animals to bird hunt, and that afternoon, he decided to take them for a walk. As he left, he told his sister he’d return before dinner. Later that afternoon, a friend saw Jeppson and the dogs walking past a local church. It was the last time anybody ever saw the teenager.

Police began investigating after Jeppson failed to return home that night. Sadly, there wasn’t much to go on. They tried retracing his possible walk route, but no sign of the teenager or the dogs ever turned up. Cops couldn’t even determine whether Jeppson had met foul play or if he had run away on his own. His disappearance remains a mystery.[5]

Debbie Spickler was visiting relatives in Connecticut in the summer of 1968. The 13-year-old girl and her cousin were walking to a community pool in the city of Vernon one July day when they realized they’d forgotten towels. Debbie’s cousin turned for home to get them. Debbie continued toward the pool, planning to meet up after the towel run. But when the cousin made it to the pool, Debbie wasn’t there.

No one has seen Spickler since. Police have never uncovered any trace of the teenager. Years later, not even skeletal remains have been found. Tragically, her mother received a birthday card from Debbie on the day she went missing. In it, the girl wrote that she was being a good houseguest and helping her aunt. To this day, information on Debbie’s disappearance still carries a $50,000 reward.[6]

Joanne Dunham left home one morning in June 1968 to walk to the bus. The 15-year-old was supposed to catch a ride to her school in Charleston, New Hampshire. Sadly, she never made it to the bus, and the next day, her body was found on a private road a few miles away. Cops determined Dunham had been sexually assaulted and strangled before being dumped on the road.

There were no witnesses to Joanne’s abduction. Police never announced any suspects, and the case quickly went cold. More than fifty years later, it has never been solved. Today, some investigators wonder whether Joanne’s death could be attributed to an unidentified serial murderer known as the Connecticut River Valley Killer, who was known to be active in the area several years later.[7] 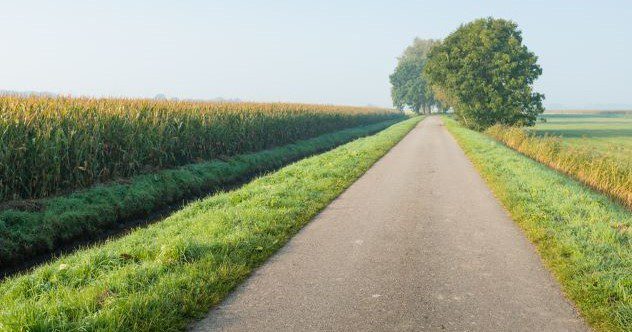 Mary Kay Heese was last seen standing on a street corner in Wahoo, Nebraska, on the afternoon of March 25, 1969. The 17-year-old was just five blocks from home, but she didn’t return that night, and her parents called the police. The next day, a farmer found Heese’s body in a ditch on a rural road outside town. She was stabbed at least a dozen times, and a brutal struggle occurred in the ditch prior to her death. Curiously, Heese was fully clothed—except for her shoes. They were posed neatly near her body, along with a stack of her school books and her purse.

Using evidence at the crime scene, police determined the killer’s shoe size, hair length, and hair color. From that, they compiled a list of 15 solid suspects known to cops in the small town. The investigators’ primary suspect was ultimately ruled out, and another key person of interest committed suicide not long after Heese’s murder. The trail quickly ran cold, and today, the teenager’s death is the oldest unsolved homicide in Nebraska history.[8] 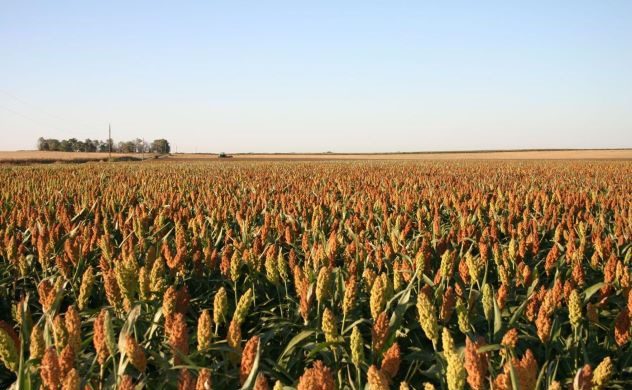 Kelly Lynn Albright was abducted from her parent’s home in Hutchinson, Kansas, on September 17, 1970. Four days later, the 12-year-old’s naked body was found by a sorghum farmer in rural Reno County. She had been sexually assaulted and stabbed more than a dozen times.

Cops suspected an acquaintance of Albright’s parents who was seen near the family’s home on the day the girl disappeared. Later, a witness told police they’d seen the man deep cleaning his car the day after Kelly was abducted. Police couldn’t definitively link him to the crime, though. Twenty-five years later, he was convicted of a sex crime in Texas. Seeing an opportunity, the Kansas police moved to question him about Albright’s unsolved murder. Unfortunately, he died suddenly the day before he was scheduled to meet with investigators.[9] 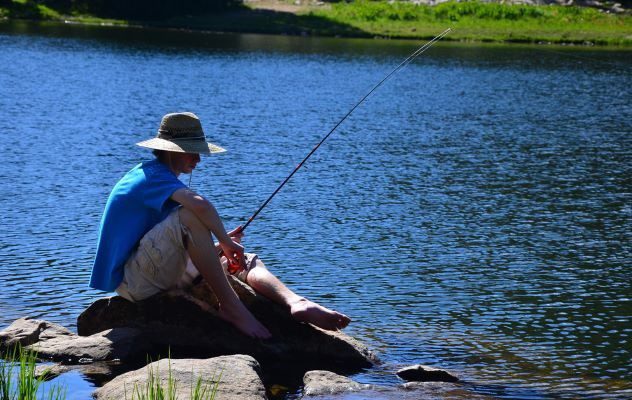 Michael Akey and two friends were fishing in Beaufort County, South Carolina, one summer day in 1972. While hitchhiking home that afternoon, a man driving a sedan stopped for the boys. Fourteen-year-old Michael got in the passenger seat. His friends stayed behind, intending to pick watermelons in a nearby field. They didn’t take much notice of the man. But as the car pulled away, it was the last time they saw Michael.

Police had little to go on, and the case quickly languished. Six years later, workers clearing land in the area discovered a skeleton. Police thought it could be Akey but couldn’t confirm the suspicion with the technology at the time. In 2005, the remains were exhumed, and the FBI finally confirmed the boy’s identity. Sadly, the police never got any leads in the case. Akey’s final moments remain a mystery.[10]