What would you do if your four-year-old suddenly started to remember a previous life? You might laugh it off. You might take it seriously and consult an expert. You might contact the researchers at the University of Virginia’s Division of Perceptual Studies.

Among the Division’s 1,200 files are tales about kids who claimed to be stunt actors, kids born with birthmarks matching wounds that led to deaths of previous incarnations, and other fascinating cases. While some researchers attribute these cases to reincarnation, not all do. Others attribute these tales of childhood reincarnation to false memories, lies, impressionability, disassociation, or attention-seeking.

Consider the following cases for yourself about children who have claimed they were reincarnated from previous lives. 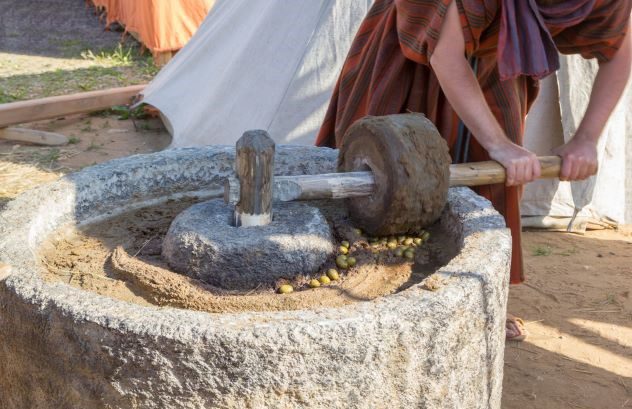 Born in Lebanon in 1954, Suleyman Andray recalled a previous life. As a child, Andray claimed to even know some of his children’s names from this previous life. It should be noted that Andray was born to a Druse family. Druse is an Islam-derived religion that believes in reincarnation.

Andray also remembered coming from the village of Gharife, where he had an olive oil press. Around five or six, Andray’s family heard him muttering the names of individuals in his sleep. He later claimed these names were some of his children. At eleven, Andray refused to lend a book because he remembered a policy in his previous life of not doing so. He later remembered the name Abdallah from his previous life.

Over time, Andray chose to not talk about his memories because it led to teasing. In 1967, Andray visited Gharife. Residents of Gharife confirmed that a man named Abdallah Abu Hamdan owned an oil press and had lived there. Andary also recognized various landmarks while there.[1] 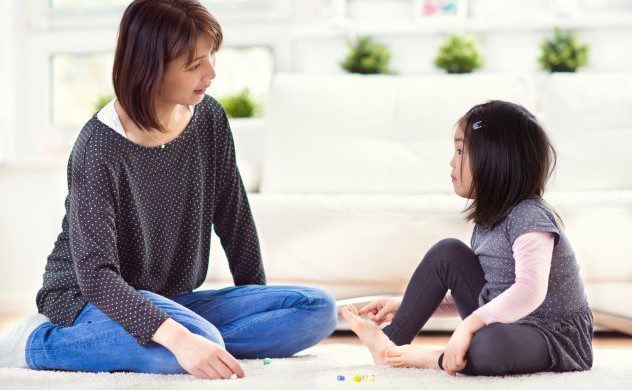 Professor Ohkado Masayuki is a Japanese linguistics professor who publishes and researches childhood reincarnation cases. One of the most compelling Masayuki cases involves an interview conducted in 2015.

The previous life was that of a woman with three children, including a beloved daughter. Tragically, the woman passed away in 1993. The next year, the daughter got married, relocated, and had Tae in 1996. Tae reminded Atsuko of her mother. When Atsuko handed a picture of Midori to two-year-old Tae, claiming, “This is your grandmother,” the child responded, “Me.” Similar to the Andary case, Atsuko’s family practiced Zen, a religion that believes in reincarnation.

When Tae was three, Atsuko suffered a spell of depression over her mother. One day, when walking with Tae, Atsuko heard Tae say, “I have to cheer her up.” Atsuko reported feeling like her mother had returned. Later, when Masayuki re-interviewed Tae when she was in her late teens, she could not remember Midori or her previous life.[2]

Evidence For Reincarnation: This Kid Knows Things He Shouldn’t – He Survived Death – Documentary

As a two-year-old in 2001, James Leninger made statements that he recalled a previous life during which he was an American World War II pilot. This came after the boy’s father took him to visit the Cavanaugh Flight Museum. The child later started having nightmares about an airplane fire. The same year, James claimed he had flown his plane off a boat called Natoma in his previous life. James later identified his previous incarnation as that of Jack Larsen. While looking through a book about Iwo Jima, the child even located where Larsen’s plane was shot down.

Skepticism has been drawn on Leninger’s case in recent years. Critics have argued that the case lacks explanatory or evidential value. Additionally, critics argue the boy’s parents are mostly the ones offering the details.[3]

‘Dead girl’ comes back to life, knows SECRETS she shouldn’t | The reincarnation of Dorothy Eady

Born in 1904 in London’s Blackheath section, Dorothy Eady experienced a serious fall at the age of three. While looking at photographs at the British Museum with her family, Eady saw a photograph of Seti 1, an Egyptian Pharaoh. Eady claimed the place depicted in the picture was her home. She then walked around the museum kissing the feet of Egyptian statues.

At the age of 15, Eady had a dream where she met the mummy of Pharaoh Seti I. Eady claimed that the Pharoah made her remember her previous life. Eady’s odd behavior, including sleepwalking, resulted in her being placed in a sanitarium several times. Eady later adopted the name of Omm Sety and became a well-known Egyptologist.[4] 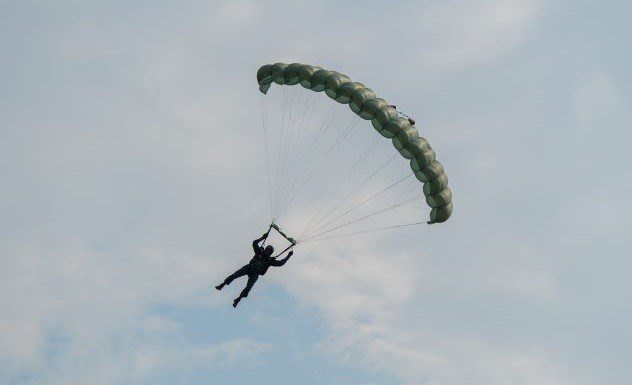 In the late 1960s, a man (MMS) resided with his wife at an air force base. In 1968, MMS was involved in a parachute training exercise when he was dropped from a plane. Unfortunately, he landed too close to the airfield’s edge and fell into a 15-foot-deep (4.5-meter) pond, leading to his death. Several years after MMS’s death, his widow married one of MMS’s comrades. The woman later gave birth to a baby boy (YTK). The baby had both birth defects and birthmarks that appeared as rope-like marks around his leg.

At three, YTK began to talk about falling from the sky, becoming caught up in rope, and dying. By the age of five, YTK had stopped talking about his memories completely. During his childhood, YTK lived on the base where parachuting occurred and slept on a cot suspended from the ceiling with parachute ropes. His mother reported that YTK knew nothing about his father’s death.[5] 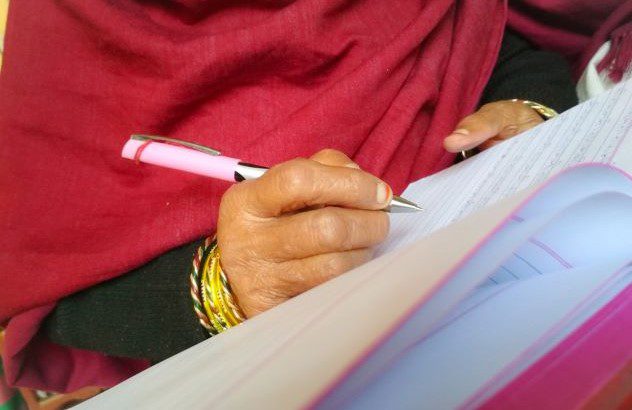 Sumitra Singh lived with her husband in Uttar Pradesh, India. In 1985, Singh experienced a loss of consciousness with eye-rolls and teeth clenching. Sometimes, she spoke during these encounters. Once, she predicted she would die in three days. Three days later, she appeared to die.

After a period of confusion, Singh started acting differently. She failed to recognize those around her and went by the name Shiva. She also stated that she was murdered by her in-laws in Dibiyapur, India. Singh also rejected her children. Singh later claimed that many details corresponded with a woman who died violently in 1985. Singh later went to Sharifpura, where she was recognized by a man who claimed she was his daughter. During this time, she also started to read and write even though she had little education. The Indian Express published details about the case in 1985.[6] 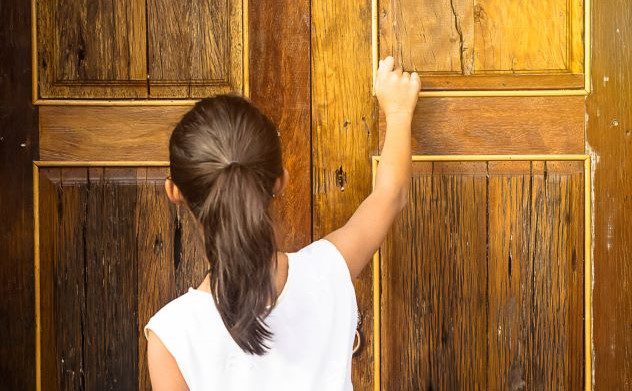 In 2005, a four-year-old girl named Manisha walked into a family home in south Delhi, India. The girl claimed that she was the couple’s daughter, Suman, who had passed away at the age of 15 from typhoid in 2000. The small girl ended up living with the couple she claimed as her “new” parents.

The child was born to a couple near Rajasthan, India. At the age of two, the girl told her parents that she was reincarnated. Later, she told her biological parents about her previous birth and the names of her “new” parents.[7]

The Boy Who Lived Before – Full Documentary

Macauley was born in Glasgow, Scotland, in 2000. At the age of two, Macaulay started talking about a previous life on the remote island of Barra. The little-known island of Barra is located in Scotland’s Outer Hebrides. The child soon started demanding that he go to Barra with his “other family,” about whom he could provide multiple details, including the family’s surname. Macaulay also claimed that his previous father had been struck and killed by a car.

At the age of five, Macauley went to Barra, where the child located the Robertson home. While inside the residence, the child grew very sad. The boy told his mother that he missed his previous mother.[8]

He Recognizes Himself from a Past Life – The Ghost Inside My Child (S1, E3) | Full Episode

In 2017, two-year-old Luke Ruehlman began to worry about his safety at his family’s Cincinnati home. The child also named a ladybug Pam even though his family knew no other Pams. Shortly after, the child started naming everything ranging from toys to drawings as Pam. Luke also began to claim that he had previously been a girl with black hair and used to have earrings.

When the family asked who Pam was, the boy replied that it was his name from a previous life. The boy claimed that Pam died, went to heaven, saw God, and that God eventually sent the spirit back to Earth as Luke. Strangely, the child’s family was not religious and had never discussed religious subjects in front of him. The boy later revealed that he had been killed in a fire while jumping from a Chicago building. The child did not even know where Chicago was located. The boy’s mother later researched the Paxton Hotel, a building that mostly housed African Americans in Chicago. In 1993, a fire occurred at the property and trapped many of its upper-floor residents.[9]

Born in Northern India in 1912, Bishen Chand was called Visha Natha by his mother. This is because the woman visited the Vishwanath temple before the boy was conceived. At ten months old, Chand heard his family discussing Pilibhit, which is a bigger town 31 miles (50 kilometers) to the northeast. The child gradually started speaking about Pilibhit and many other details about his previous life. The boy even gave his previous name, Laxmi Narain. At the age of four, Chand was taken to a town past Pilibhit. While returning, the child heard Pilibhit’s name pronounced and demanded to get off the train. His request was refused.

When the child eventually visited the town, he recognized various locations and made additional statements about his previous life. The child also learned that he could play a type of drum he had never seen before. As he aged, Chand began to lose memories of his previous life. After several interviews with Chand’s family, reincarnation researcher Ian Stevenson eventually interviewed a forty-year-old Chand in 1969. Chand expressed the perspective that his previous life was better because he had more money and more freedom.[10]

10 Inspiring Stories Of People Who Turned Tragedy Into Triumph