Witches, or those accused of being witches, were a common enemy in the vast swathes of Europe between 1500 and 1700. The last-recorded woman accused of being a witch, Anna Goldï, was beheaded in 1782. Her supposed crime was infant murder, as it’s highly likely that her child died of natural means. She was a domestic servant and had been romantically involved with her employer—who later accused her of witchcraft to conveniently bury the incident.

Witchcraft was a blanket accusation made of anyone who stirred discomfort in a deeply religious, misguided society. Whether you worked with medicinal herbs, stayed unmarried, refused the advances of a powerful man, or your baby died—you had better be afraid. You might be next.

Both Protestant and Catholic countries put “witches” on trial with great fervor. Germany had the highest amount of executions, perhaps due to the popularity of the book Malleus Maleficarum by two German scholars. It proclaimed the need to inform readers how to spot, torture, and bring down witches—a terrifying read indeed.

Now, we’ll look at 10 places where you can revisit this chilling history across Europe, paying homage to the ill-fated people accused of witchcraft during a particularly dark period.

Related: These 10 Women Were Convicted For Witchcraft For The Most Ridiculous Reasons

The Incredible Hidden History Of Witches In Edinburgh | Witch Hunt

Agnes Sampson was a well-respected midwife and healer within her community in the late 1500s. King James VI of Scotland (later King James I of England), the ruler at that time, led a brutal crusade against women, labeling many as witches. His fear and obsession were sparked when his ship was ravaged by storms during a voyage to marry his new queen. He became utterly convinced that this was the work of witches and dark spirits. Many women were accused of orchestrating this storm through supernatural means, and Agnes was one of them.

During brutal torture, Agnes confessed to the accusations leveled against her. She was then burned at the stake in Castlehill. Today, you can see a memorial to her and many other murdered women at the Witch’s Fountain in Edinburgh.[1]

Thought to be home to the most brutal witch-hunt in Europe, this city in Bavaria is the site of hundreds of executions. In 1626, that year’s grape harvest was wiped out by an unexpected frost. Of course, these days, you’d simply begrudge unpredictable weather patterns of climate change, but then, it had to be the witches!

Through a series of trials led by the hurriedly formed Witches Committee, hundreds of men, women, and children were murdered. Due to the merciless torture techniques, many victims offered up names of other “witches” indiscriminately, causing the accusations to spread like wildfire.

Nowadays, Würzberg is a charming city with little evidence of such a damning past. You have to scratch below the surface to find any hints to this time of history as there aren’t any overt monuments or plaques.[2]

The Chilling Chambers of Colchester Castle

A well-known and terrifying figure from the witch-trial period in England was Matthew Hopkins, dubbed the Witchfinder General. He was personally responsible for around 300 trials and 100 executions—usually seeking out easily demonized targets such as people from lower social classes. He was financially rewarded for his efforts which, undeniably, fueled his crusade.

Witchfinder General Hopkins tortured many of his victims in the Castle of Colchester. This well-preserved Norman castle stands today, and in recent times, they unveiled a plaque in memory of the numerous victims. Visitors can tour the castle and its dank dungeons to see the windowless cells where these poor souls were held and tortured.[3] 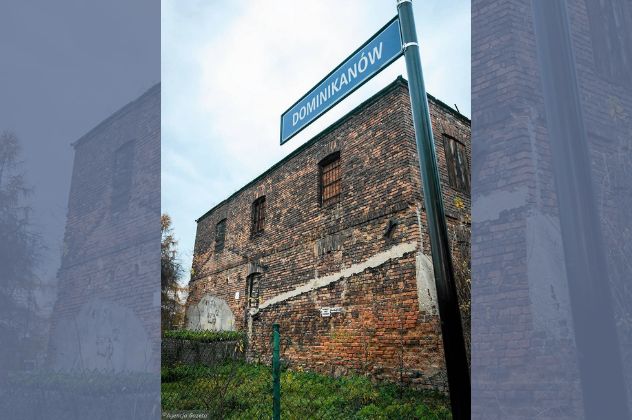 While Poland was not one of the countries with the highest rate of witch trials and executions, it had many incidents where people were accused and killed. Although it was one of the first countries to outlaw the persecution of people for “sorcery,” many districts overtly ignored this law.

Close to Kraków in Poland, you will find the small village of Prąmnik. Here stands a well-preserved medieval watermill in which a haunting tale occurred. Zofia Konstancja and Agnieszka Michałowska were two very unlucky village women who were accused of employing witchcraft to damage the farmland which formed part of the mill. Several monks also reported that the women harmed them, although records from this time are few and far between. The Kasina Wielka witch trial for the accused occurred in September 1634.

The Pramnik Mill still stands in Prądnik Czerwony in Kraków on Dominikana Street. You can sense the dark history if you visit this mill, the building giving off an eerie feeling as it towers high above you.[4]

Why Was King James I Obsessed With Witch Trials? | The Trials Of The Pendle Witches | Timeline

Lancashire in England is home to what were some of the most notorious witch trials in the UK. Prejudices at the time considered the people of this Northern region to be wild and untamed, perhaps lending the persecutors extra fuel when condemning its people to death.

Of the 10 women accused, seven came from two local families who were headed by matriarchs. Also well-known herbal healers, they had a business selling remedies and tinctures. The infamous trial went ahead in August 1612, and not one of the accused was permitted a defense or any witnesses to speak on their behalf.

Tourists will find a plethora of homages to these accused women, including a walking trail dedicated to them, complete with statues, and a museum that dives deep into the well-recorded history of witch trials in the area.[5]

The Witches Memorial in Vardø. The witch trials of Vardø.

A historic fishing village in the far northeast of Norway is the setting where over 90 people accused of witchcraft were executed in cold blood. Many of the accused were indigenous Sami people, mostly women, and many were condemned by their neighbors or husbands. While recorded history during this time was vague, reported accusations included poisoning cattle, causing storms, and communing directly with Satan.

The town of Vardø has marked this awful period of history by commissioning world-famous artist Louise Bourgeois and renowned architect Peter Zumthor to create The Steilneset Memorial. The breathtaking memorial building and sculpture are both visually arresting and thought-provoking as they commemorate those killed and offer a moment of reflection.[6]

Witches and Covens from Zugarramurdi 🧙‍♀ Legends of Spain | The Grim Reader

While witch trials were not top of the agenda during the Spanish Inquisition, this didn’t mean that the people of Spain escaped unscathed. The Basque witch trials attempted to stifle the pagan roots of the Basque country, led by Pierre de Lancre, a judge in French Basque territory who had 80 people burned at the stake.

The Cave of the Witches of Zugarramurdi is a natural tunnel where the Inquisition believed witches met to commune with nature and its spirits. These days you can visit this impressive natural wonder and marvel at the dark period in its history. The Museum of Witchcraft in this area of Xareta reframes the idea of witchcraft and looks at many Basque myths and legends.[7]

Located on the Piedmonte border, Triora is a picturesque village that boasts five fortresses. Known as The City of Bread, it was once a hugely important place due to the production of grains. One year, during the 17th century, crops were blighted due to extreme heat. Now, knowing the trend of witch trials at the time, it’s easy to see where this is going…

A priest from the Inquisition visited Triora during this time of plight, speaking of witchcraft and sorcery. After being whipped up into a state of frenzy, villagers turned on each other, and it was the poorest women whose fate was decided. To learn more and pay their respect to the victims, visitors can peruse the local museum, where fascinating original documents can be seen.[8]

Home to the biggest witch trial in Swedish recorded history, Torsåker saw 71 accused beheaded and burned over the course of one day. This frenzied bloodshed started when the local minister was told by his superiors to weed out witches in his parish.

His method was to have two young boys from the church stand by the door as church members streamed by, looking for an invisible devil’s mark on their foreheads. While it sounds like a myth, this was later recounted and recorded by the grandson of one of the accused. Nowadays, a big memorial stone marks the site of this macabre piece of human history.[9]

Abbot of the Fulda monastery, Balthasar von Dernbach, staunchly supported the thorough investigation of witchcraft within the town. He claimed to be cleansing the area of improper things, using violent force to extract “confessions.” A famous case is of a pregnant woman, Merga Bien, who was burned at the stake while pregnant, after being accused of murdering her second husband. Finally, this dreadful era of witch hunts ended when Dernbach died.

In the town today, a tasteful stone monument mourns the murders of those innocent people accused of witchcraft and sorcery.[10]