Some people believe ghost miners remain behind because they have unfinished business to attend to on Earth before moving on. Others believe there’s no evidence that ghosts actually exist. And while we’d love nothing more than an opportunity to clear up this debate once and for all. We’re going ahead with our original plan: listing some places where you can expect some ghostly activity.

Here are 10 ghost mines from around the world.

A Haunting Memory At The Lambi Dehar Mines

The Lambi Dehar mines, Mussoorie Range, was the first iron ore mine in India and is in the Nagar district of Uttarakhand. The workers who lived near the mine died coughing up blood because of a lung disorder caused by the poisonous gasses coming out of the mines. Children of miners would play hide and seek in the mines, and they also contracted lung disease. They abandoned the mines after being shut down in 1995.

There are stories that people who have gone into these mines have never returned. If you have plans to visit this place, then make sure you go with a group of people and are not alone. Because you might get lost inside the tunnels and not be able to find a way out.[1] 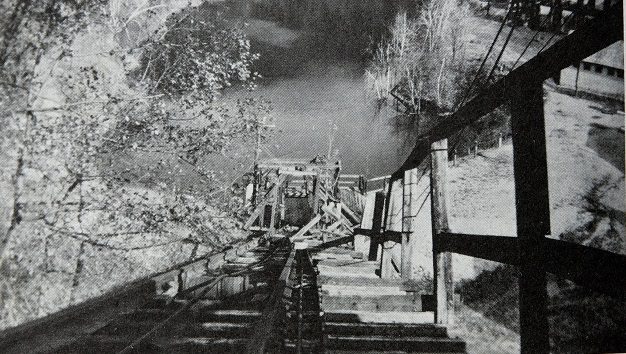 The Ringwood mine is in the town of Ringwood, New Jersey, and was once one of the largest producers of iron in the world. The mine has been abandoned since the early 1900s, but it’s still open to tourists who want to explore its dark depths.

During its time as an active mine, thousands of workers labored in dangerous conditions, and many lost their lives due to cave-ins and other accidents. The mine was also known for its poor working conditions and low pay rate. Miners were expected to work in unsafe conditions for less than a dollar per day.

Many locals claim they’ve seen paranormal activity here, such as hearing footsteps or voices coming from inside the abandoned mines. Some even say they see ghosts walking around their homes with lanterns in hand. Visitors claim to have heard footsteps, voices, or whispers while exploring this place.[2]

Oak’s Pit is an abandoned mine near Barnsley, West Riding, England. The pit was the site of one of the worst mining disasters in British history, when 361 men, boys, and rescuers died during two days of explosions on December 12, 1866.

It was firedamp—the gases commonly found in mines, usually coalbed methane—igniting that caused the first explosion, which resulted in an underground fire that raged for several days. The exposition would go on for two days, destroying all wooden supports and equipment in the area. About 100 tons of coal collapsed into a crater at the mouth of the shaft.

A few years ago, a team of paranormal investigators visited this site to uncover some information about what happened here so many years ago. They hoped they might communicate with any spirits who may still linger around these old tunnels and shafts. The team concluded that the land itself was cursed.[3]

The Tonopah Mining District in the western part of the Wrangell Mountains is now a museum. The park has many historic buildings that were used during the glory days of the early 1900s silver rush. These buildings include a hospital, assay office, blacksmith shop, bunkhouse, and more. There are guides that can tell you about how the miners lived, worked, and played during their time in Tonopah, Nevada.

Many ghost stories are associated with this region because of its history. Some say that prospectors who died in an avalanche or a cave-in haunted it. Others say that Indian spirits haunt it to scare people away.

The mineshaft has been restored so visitors can see what it was like for miners working underground. It is also possible to take part in a guided walking ghost tour at night, where you are taken into dark buildings and told stories about ghosts that others have seen over the years.[4]

Located in Ogdensburg, New Jersey, the Sterling Hill mine is one of the most popular ghost mines in America. The mine is over 2,500 feet (762 meters) deep and has a network of tunnels that span 35 miles (56 kilometers).

In 1897, the Sterling Hill Mining Company started mining operations at the site, hoping to find zinc or iron deposits. Unfortunately for them, their search did not meet those expectations—but not before it cost many miners’ lives! Throughout its 90 years of operation, the mine saw nearly 77 deaths from accidents and explosions.

Visitors to the Sterling Hill Mine have reported several paranormal experiences. They claim to have heard footsteps, voices, whispers, and even an apparition of a miner carrying a lantern. Some visitors even claim that unseen hands have touched or pushed them. Sterling Hill Mine has a variety of haunted tours available online that people can indulge in.[5]

The Ghost Town At Vulture Mine

Paranormal investigators from the Travel Channel reality show Ghost Adventures visited the site during a season and were chased out by locals saying they would die if they went back there again.

They were only able to spend an hour inside before being chased out by locals who said they were trespassing on sacred land. In addition to seeing apparitions inside the mine, Zak says he heard what sounded like gunshots coming from above during his investigation on one of the upper levels of the mine shaft.[6]

Nenthead mines are a series of abandoned mines in the Lake District, United Kingdom. The mine was opened in 1737 and closed in 1961. They used it for lead, zinc, and copper extraction. The mine is near the village of Nenthead, Cumbria.

Many poor workers died in these mines because of explosions and the horrid accidents that happened here. They abandoned the mine after the first time it happened, but when it opened again in 1864, more deaths occurred. The mine closed for good in 1868 because they were losing too many workers and dwindling lead deposits.

There are stories of haunting at Nenthead over the years, with reports of ghosts and strange events, such as footsteps being heard inside empty cottages. Some people say they have even seen a ghostly priest roaming around the village. The place has been explored by many paranormal researchers, but no one has been successful in finding any evidence of ghostly activity so far.[7]

The Geevor tin mine in Cornwall was one of the last active tin mines in Cornwall and the last to close down. The mine opened in 1911 and closed its doors for good in 1990. At one time, it was the largest tin mine in Europe and held a significant place for years.

The mine is accessible by foot, but it’s not recommended because there are many hazardous holes and cracks in the ground. This place is considered to be haunted because of its history and the stories about ghosts that have been told.

The stories about paranormal activity at this site are many, with some claiming to see or hear ghosts of miners who lost their lives there. These “ghost miners” died at work or were killed by accidents while trying to escape the dangerous situations underground.[8]

The Old Atlas Coal Mine – A Very Haunted Location!

The Atlas coal mine, located in Alberta, Canada, opened in 1936 and closed down in 1979. The mine was used to produce bituminous coal, primarily for electricity generation and heating purposes.

The mine had two shafts, which were both connected by a tunnel at their base. The owners of the mines also built housing facilities for their employees and families. They even built a school, library, and hospital. Some buildings are still standing even though the mine was closed in 1979.

It is said that about eight people died inside this old abandoned mine. There are many legends surrounding this haunted ghost town and its history. Many people who have ventured into this ghost town have reported seeing strange lights inside the building or hearing strange noises coming from within its walls.[9]

The Black Diamond mine is a ghost town in the Sierra Nevada Mountains, California. It is located within the Lake Tahoe Basin Management Unit of the United States Forest Service.

Black Diamond was once a mining town with several hundred residents, but today only one family remains. The town was named “Black Diamond” because of the enormous amounts of coal it produced. Established by miners in 1857, Black Diamond was first known as the Mount Diablo Coalfield.

The site has been inhabited since before Gold Rush times and was once used as a staging point on the pack trail between Truckee and Reno. There have been many ghost sightings around the graves of miners who died while working in the Black Diamond mines. Several people have reported seeing apparitions in the cemetery at night. Some say they’ve heard voices coming from inside the grave site when no one is there. Others claim that they have seen shadows move along the ground while they were driving past the road below.[10]

10 Tribes That Are The Last Of Their Kind